5 Elements of Emotion 1: The Body
4/12/2017 Elements of Emotion 1: The Body Primary emotions Emotions considered to be universal and biologically based. They generally include fear, anger, sadness, joy, surprise, disgust, and contempt. Secondary emotion Emotions that develop with cognitive maturity and vary across individuals and cultures. Three biological areas of emotion are facial expressions, brain regions and circuits, and autonomic nervous system. ©1999 Prentice Hall

7 Emotion 4/12/2017 The Face of Anger Anger is universally recognized by geometric patterns on the face. In each pair, the left form seems angrier than the right form. Figure 9.8 from: Kassin, S. (1998). Psychology, second edition. Upper Saddle River, NJ: Prentice Hall. Source: Aronoff, J., Woike, B. A., & Hyman, L. M. (1992). Which are the stimuli in facial dislpays of anger and happiness? Configurational bases of emotion recognition. Journal of Personality and Social Psychology, 62, ©1999 Prentice Hall

10 Emotion 4/12/2017 Hormones and Emotion When experiencing an intense emotion, 2 hormones are released. Epinephrine Norepinephrine Results in increased alertness and arousal. At high levels, it can create the sensation of being out of control emotionally. ©1999 Prentice Hall

17 Cognitions and Emotional Complexity
4/12/2017 Cognitions and Emotional Complexity Cognitions, and therefore, emotions, become more complex as a child’s cerebral cortex matures. Self-conscious emotions, such as shame and guilt, do not occur until after infancy, due to the emergence of a sense of self and others. People can learn how their thinking affects their emotions and can change their thinking accordingly. ©1999 Prentice Hall

19 Culture and Emotional Variation
4/12/2017 Culture and Emotional Variation Culture determines what people feel angry, sad, lonely, happy, ashamed or disgusted about. Some cultures have words for specific emotions unknown to other cultures. Ex. Schadenfreude Some cultures don’t have words for emotions that seem universal to others. Tahitian and sadness Differences in secondary emotions appear to be reflected in differences in languages. ©1999 Prentice Hall

20 The Rules of Emotional Regulation
4/12/2017 The Rules of Emotional Regulation Display Rules When, where, and how emotions are to be expressed or when they should be squelched. Body Language The nonverbal signals of body movement, posture and gaze that people constantly express. Emotion Work Acting out an emotion we do not feel or trying to create the right emotion for the occasion. ©1999 Prentice Hall

25 Emotion 4/12/2017 Cognitions Men and women appear to differ in the types of every day events that provoke their anger. Women become angry over issues related to their partners disregard. Men become angry over damage to property or problems with strangers. ©1999 Prentice Hall 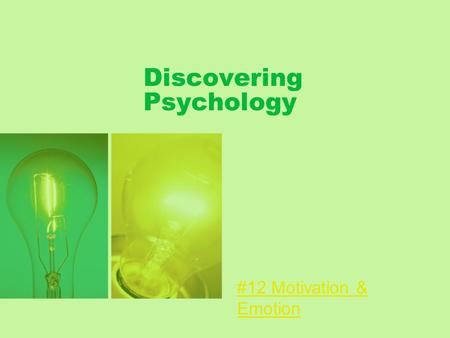 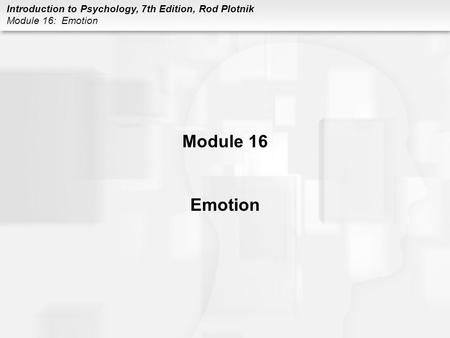 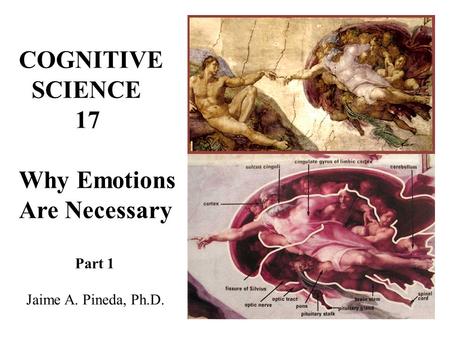 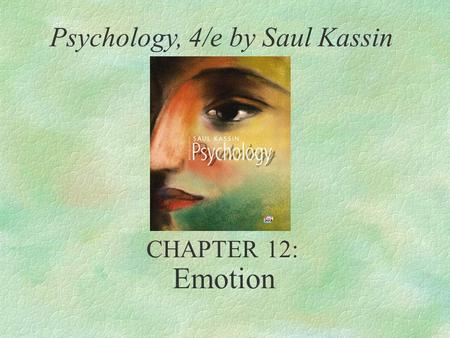 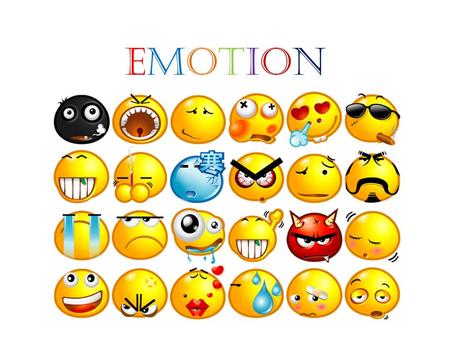 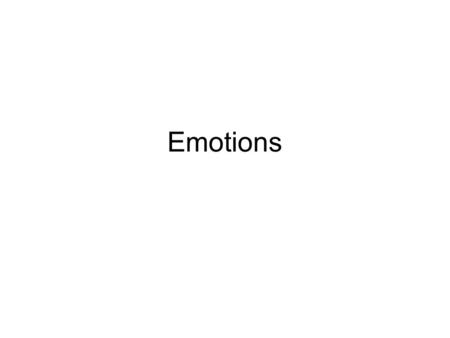 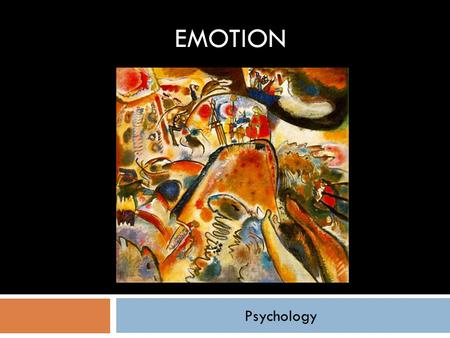 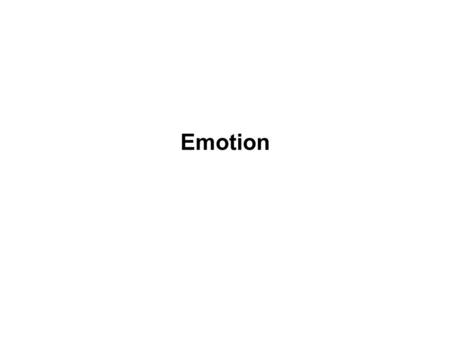 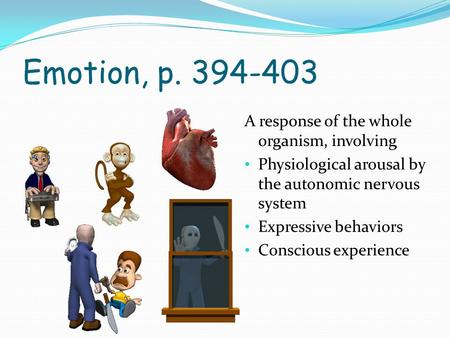 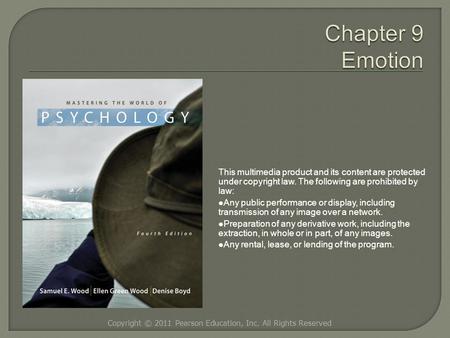 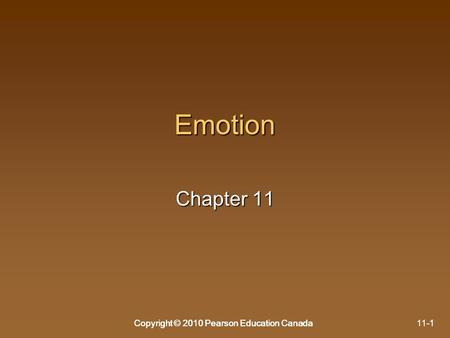 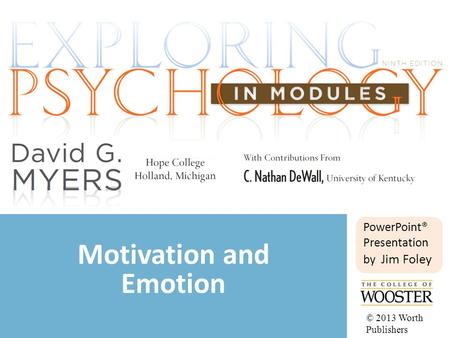 PowerPoint® Presentation by Jim Foley Motivation and Emotion © 2013 Worth Publishers. 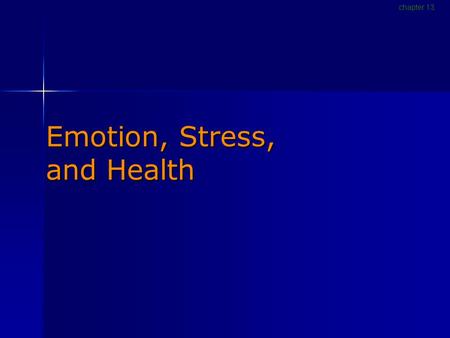 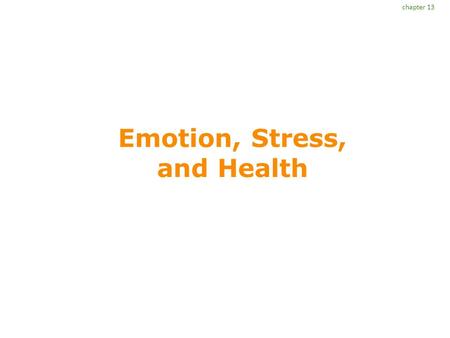 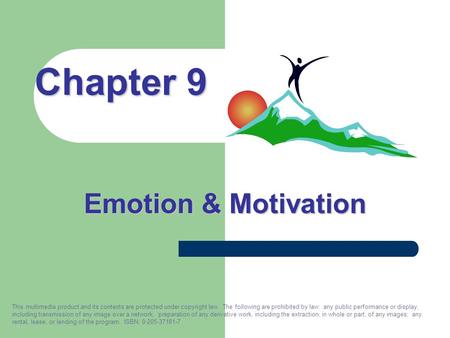 Emotion & Motivation Chapter 9 This multimedia product and its contents are protected under copyright law. The following are prohibited by law: any public. 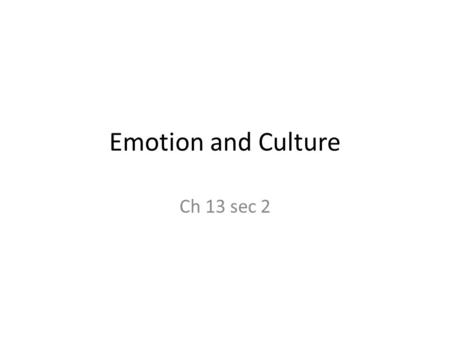 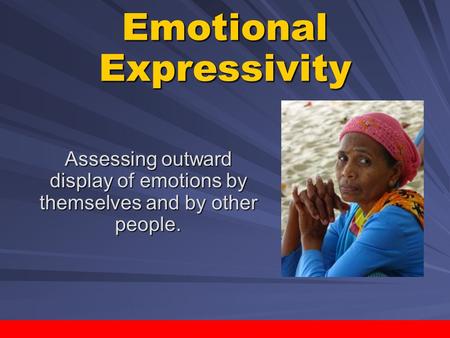 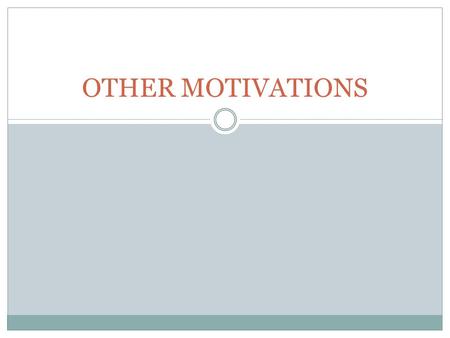 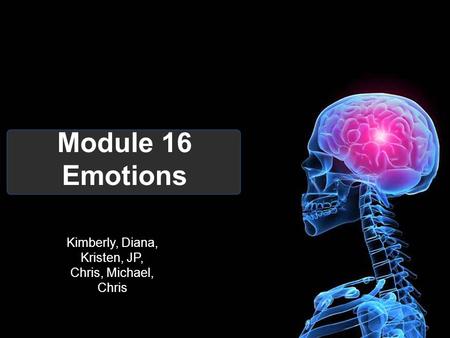 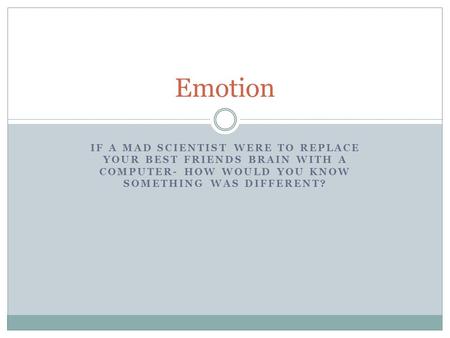 IF A MAD SCIENTIST WERE TO REPLACE YOUR BEST FRIENDS BRAIN WITH A COMPUTER- HOW WOULD YOU KNOW SOMETHING WAS DIFFERENT? Emotion.