2 Background Born 1 January 1944 in Hosh Bannaga, Sudan
Graduated from military academy in 1967, served in Air Force Put in command of the 8th Brigade in 1988 30 November 1989: led ouster of the coalition government of Sadeq Al-Mahdi Headed transition gov’t before being appointed President on 16 October 1993

3 The Conflict Began in the Western Sudanese province of Darfur in 2003
Tensions surrounding the use of land and water resources exploded between the Fur, Masalit, and Zaghawa tribes and the nomadic Arab tribes The Sudanese government reacted with massive military operations in order to combat the rebels Supported and armed the Arabs Led to massive violations of human rights and numerous attacks on civilian populations and targets

4 UN Investigative Commission on Darfur
Testifies to the occurrence of mass executions, mass rapes, the expulsion of the civilian population, the destruction of villages by the Janjaweed militia group, etc. All of this happened with at least the TACIT approval of the Sudanese government

5 The Cost Both sides of the conflict have mainly attacked civilians
At least 300,000 dead since beginning of the conflict More than 2.7 million displaced In 2008 More than 315,000 new IDP’s and refugees were counted in Eastern Chad

6 Peace Accord Signed on May 5, 2006
Between the Sudanese government and one of the rebel groups (the Sudanese Liberation Army) Accord did not hold Rebel groups who had not participated in the Accord organized themselves into the National Redemption Front and attacked an Army stronghold in July of 2006

7 International Community Unsuccessful
AU troops have been stationed in Sudan since August 2006 Have not been able to stop massacres and have been under attack themselves UNSC Resolution 1706 (2006) authorized the transfer of UN troops (UNMIS) to the region The Sudanese government refused this movement of personnel By November 2006, AU and UN troops had joined forces in a hybrid mission which is still in Sudan today

9 Allegedly… Promoted and provided impunity to his subordinates in order to secure their willingness to commit genocide Mobilized the entire state apparatus of Sudan to subject 2,450,000 people living in camps for internally displaced persons, most members of the target group, to conditions of life calculated to kill them Obstructed international assistance Organized well-coordinated attacks on the IDP camps

10 July 14, 2008 The ICC Prosecutor presented evidence showing that Al-Bashir did all these things (genocide, crimes against humanity, war crimes)

11 The International Criminal Court
Three years after the UNSC asked him to investigate in Darfur, the Prosecutor concluded that there were reasonable grounds to believe Al-Bashir bears criminal responsibility in relation to 10 counts of genocide, crimes against humanity, and war crimes 4 March 2009 Arrest Warrant issued against Al-Bashir First ever warrant issued against a sitting head of state

12 The Warrant Lists 7 counts as the basis of his individual criminal responsibility 5 counts of crimes against humanity Murder, extermination, forcible transfer, torture, rape 2 counts of war crimes Intentionally directing attacks against civilian non-combatants Original arrest warrant did not include the charge of genocide

13 Why? The Trial Chamber indicated that there was not enough evidence to prove that the Gov’t of Sudan acted with specific intent to destroy, in whole or in part, the Fur, Masalit, or Zaghawa groups However… The Court was open to charging Al-Bashir with genocide if the prosecutor could find additional evidence

14 The ICC transmitted a request for the arrest of Al-Bashir
With absolutely no result in Sudan Sudanese authorities do not recognize the legitimacy of the Court Unlikely that the African Union and the Arab League will cooperate as well They argue that the peace process should not be jeopardized and that the ICC only targets the African continent If they fail to comply, the matter will be referred back to the UNSC

15 By July 12, 2010… A second arrest warrant was issued for Al-Bashir for 3 counts of genocide Genocide by killing Genocide by causing serious bodily/mental harm Genocide by deliberatley inflicting on each target group conditions of life calculated to bring about the group’s physical destruction The 1st arrest warrant is still in effect, nothing in the 2nd warrant replaces or revokes it

16 Sudan’s Reaction Refused to comply with ICC in any way even following injunctions by the Court to do so Sudan is obliged to comply with the ICC because Resolution 1593 was adopted under Chapter 7 of the UN Charter The day after the investigation began at the ICC, the Sudanese government created the Special Criminal Court on the Events in Darfur This court was created solely to derail the ICC investigation by abusing the principle of complementarity in Article 17 of the Rome Statute

17 What’s Happening Now? Nothing really… Al Bashir is still at large
Has traveled around Africa, no one will arrest him Fighting in Darfur still continues… 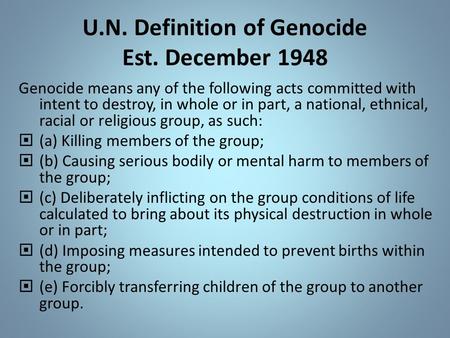 U.N. Definition of Genocide Est. December 1948 Genocide means any of the following acts committed with intent to destroy, in whole or in part, a national, 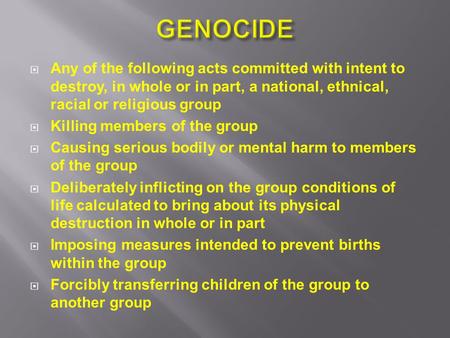  Any of the following acts committed with intent to destroy, in whole or in part, a national, ethnical, racial or religious group  Killing members of. 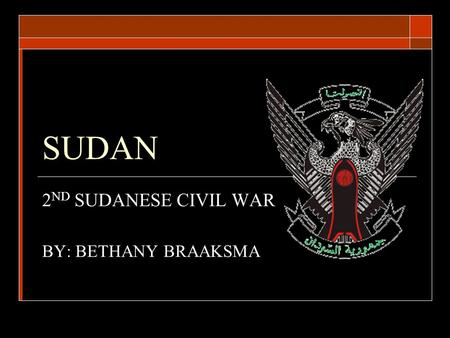 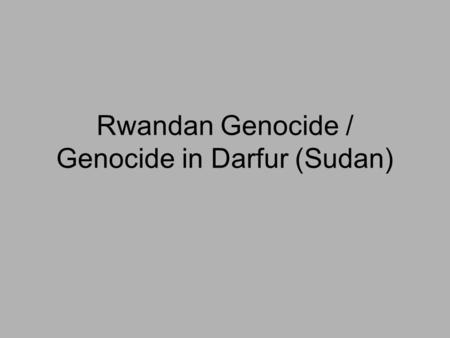 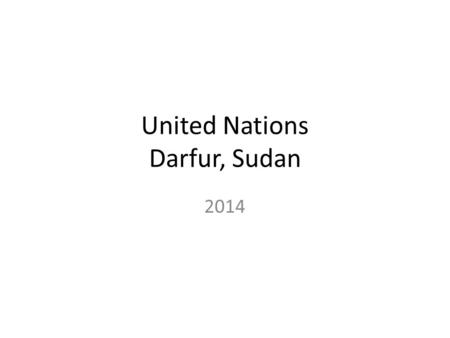 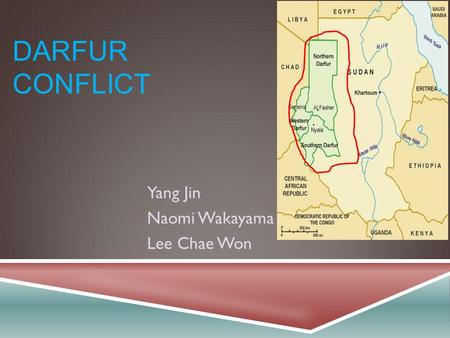 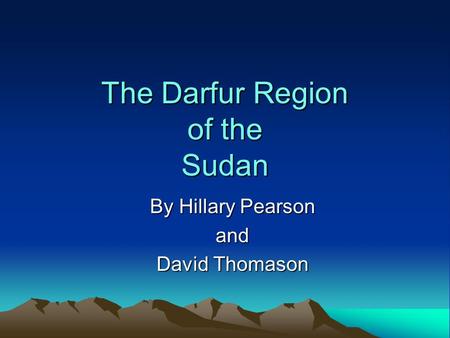 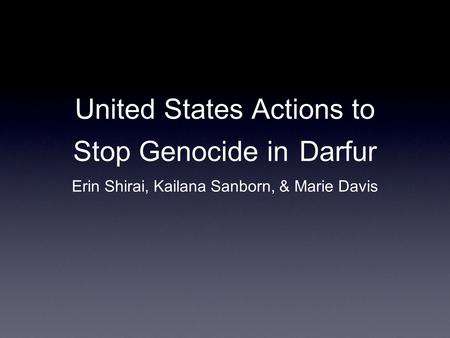 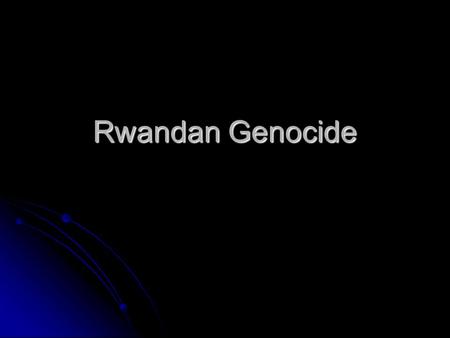 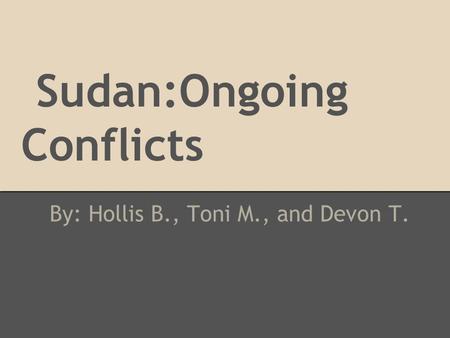