5 State of Texas Assessments of Academic Readiness (STAAR)  Will begin in the 2011–2012 school year. A new test design will focus on readiness for success in subsequent grades or courses and, ultimately, for college and career.  Grades 3 – 8 tests are in same grades and subjects as TAKS  At high school 12 end-of-course assessments rather than a grade-specific test (currently grade 11) covering four subject areas 4

8  STAAR grades 3-8 assessments will be administered on paper only; STAAR EOC assessments will be offered in both online and paper formats.  TEA is considering adopting policies to limit the time a student spends taking a STAAR assessment on a given day to align Texas’ testing policies with other state and national assessments and better prepare students for timed tests such as SAT, ACT, and AP.  The overall field-test burden of STAAR on students and school districts has been significantly reduced from that of TAKS through the embedding of field test items whenever possible beginning with operational assessments in 2012. 7 Design Differences

9 STAAR End-of-Course High School Assessments  Testing requirements for graduation will significantly increase. While TAKS represented four “hurdles” for students, STAAR represents 12 hurdles for students taking the recommended high school program.  To graduate under STAAR, a student must achieve a cumulative score that is at least equal to the product of the number of EOC assessments taken in each foundation content area (English language arts, mathematics, science, and social studies) and a scale score that indicates satisfactory performance. 8

15 Standard Setting Process  The Student Success Initiative (SSI) promotion requirements will not include use of the STAAR results in the 2011–2012 school year only, since passing standards will not yet be established. Statute continues to require the use of other academic information (teacher recommendations, student grades, etc.) in promotion decisions.  Reporting of STAAR grades 3-8 results will be delayed until fall 2012.  Different measures of student progress will likely be implemented for STAAR. Texas will implement a multi-step process to identify the student progress measures that will be used for the STAAR assessment program 14

16 Performance Standards  Each general grade 3-8 and EOC STAAR assessment will have a satisfactory cut score and an advanced cut score. There will also be EOC minimum scores set below but within a reasonable range of the satisfactory scores that will be used to determine whether a student’s score on a particular EOC assessment may count toward his or her cumulative score in that content area. 15

21 Special Populations  For eligible English language learners in grades 3-8 and high school, plans are being made for the development of computer-based linguistically accommodated versions of STAAR, currently referred to as STAAR L.  Spanish versions of STAAR for grades 3-5 will be implemented in spring 2012.  TELPAS will be adjusted as needed to ensure a strong link between academic language proficiency as defined by TELPAS and academic achievement as defined by STAAR. 20

22 Implementation Challenges  STAAR significantly increases the number of testing days at the high school level because of the increase in the number of assessments students will be taking.  Currently on TAKS there is a total of 25 testing days, including exit level retest administrations. With three testing opportunities each year (fall, spring, and summer), STAAR EOC will require up to 45 testing days when it is fully implemented.  Students are allowed by statute to retest for any reason. 21

23 Implementation Challenges  Because of the number of high stakes EOC assessments that will be administered at the same time and the provision in statute to allow students to retest an EOC assessment for any reason, there will be much greater security challenges associated with the STAAR program.  Testing windows vs assigned days – the spring 2012 administration will be used to determine how well testing windows work in high stakes environments.  The first full release of primary test forms of STAAR will occur in 2014. 22

24 What data will be available when  TAKS – last year for grades 3-9 is 2011 and for grade 10 is 2012; last primary administration of exit level TAKS is spring 2013  STAAR EOC – first reports will be available in late spring 2012; first retest will be offered in summer 2012  STAAR 3-8 – first reports with performance standards applied will be available in late fall 2012  Students, parents, and teachers will be able to access results through a data portal, a secure system that will provide the ability to view reports, track student progress, provide assessment data to institutions of higher education, and provide information to the general public. 23

26 Accountability Issues The new accountability rating system will include the following indicators and other features.  Student performance on the STAAR grades 3–8 and EOC assessments, measured against both student passing standards and college-readiness standards. Student progress is also factored in, allowing more students to be identified as meeting or progressing toward meeting these standards.  Accountability standards defined by the commissioner of education for the current year and projected for the next two years. Standard for the college-ready performance indicator increases so that by 2019-2020 Texas ranks in the top ten among states nationally on two measures – the percent college-ready and the percent graduating under the recommended or advanced high school program, with no gaps by race, ethnicity, or socioeconomic status. 25

27 Accountability Issues  Dropout rates (including district completion rates) for grades 9 through 12 and high school graduation rates.  Student group performance based on race/ethnicity and socioeconomic status is evaluated.  Required Improvement over the prior year is a required feature.  Average performance of the last three years is a required feature.  Performance on 85 percent of the measures meeting the standard is an optional feature.  Accountability rating labels assign districts and campuses to one of two rating categories: “Unacceptable” and “Acceptable.” 26

32 Accountability Issues  The 2014 ratings will be based on college-ready performance on STAAR as well as satisfactory performance. Distinction designations for which performance on the college-ready indicator is an eligibility requirement will be introduced with the 2014 ratings.  Campus and district ratings and distinction designations will be issued by August 8 beginning with the 2013 ratings. Notification to districts and campuses previously rated “Unacceptable” of a subsequent unacceptable rating will be done as early as possible in 2013 and by June 15 beginning in 2014. 31 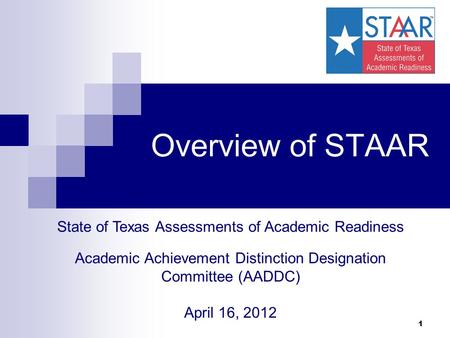 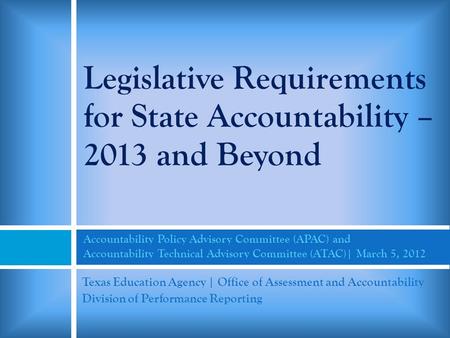 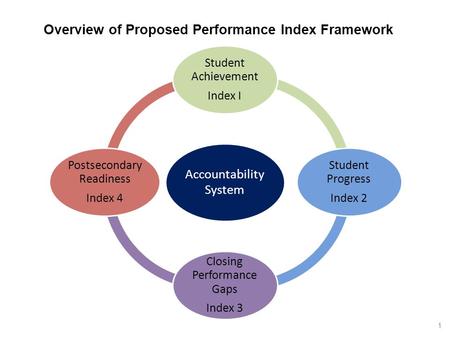 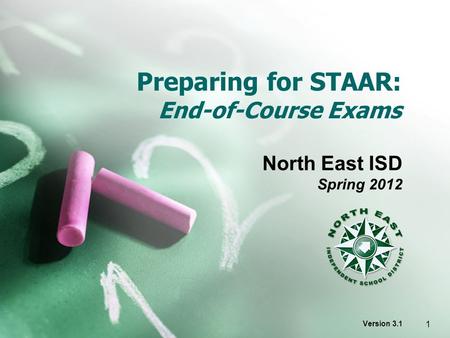 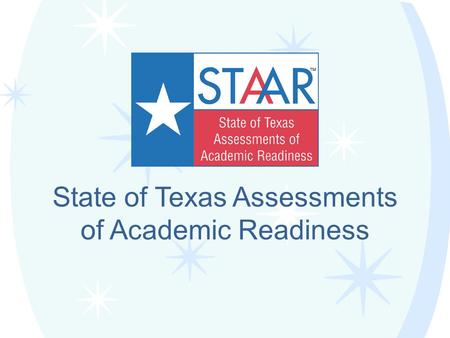 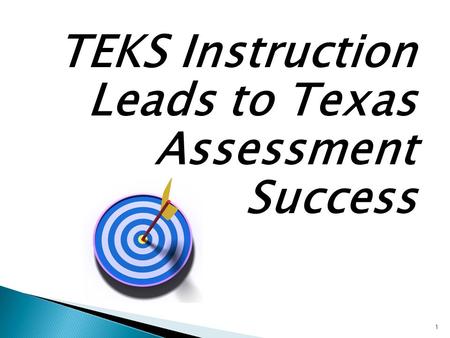 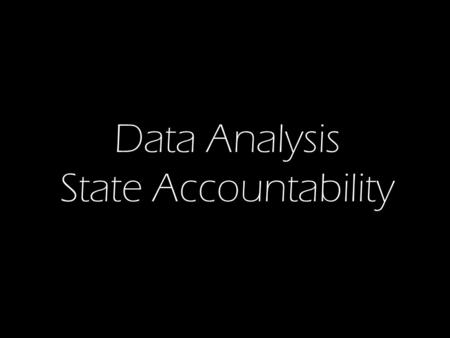 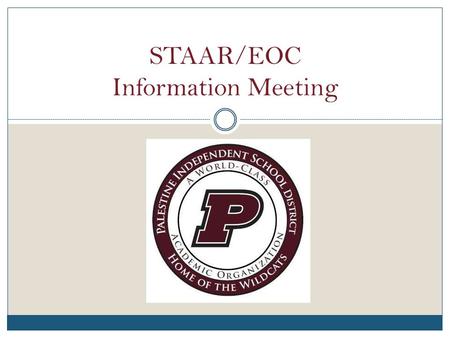 STAAR/EOC Information Meeting. What is the STAAR assessment program? The State of Texas Assessments of Academic Readiness or STAAR The new assessment. 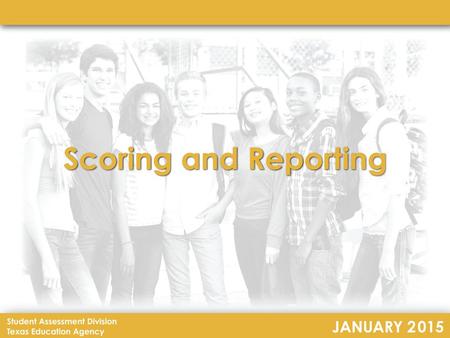 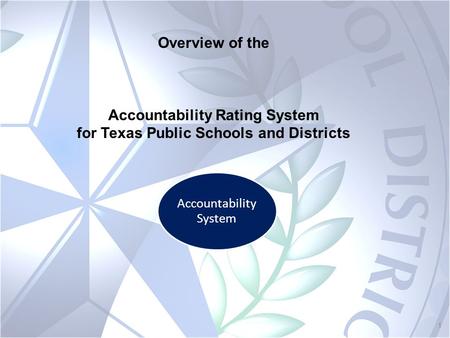 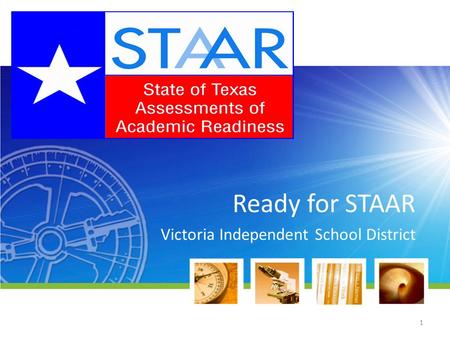 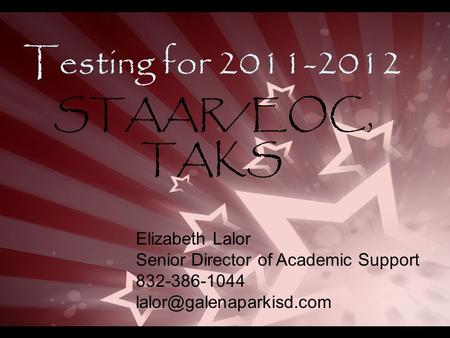 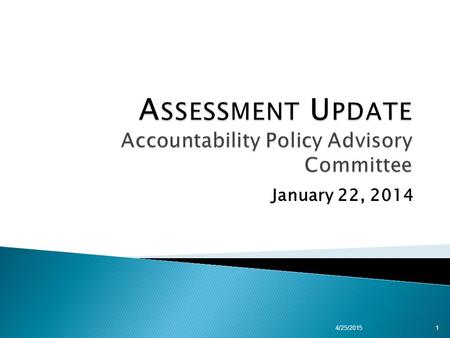 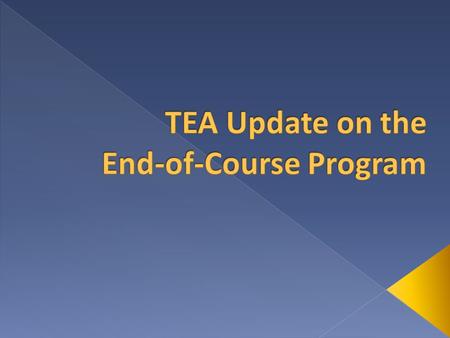 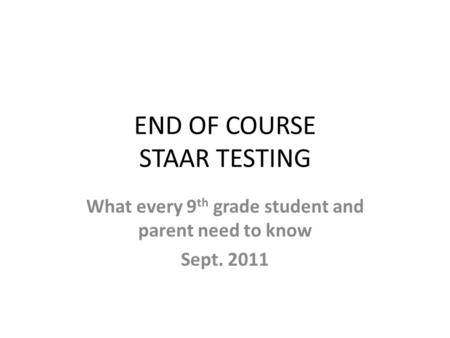 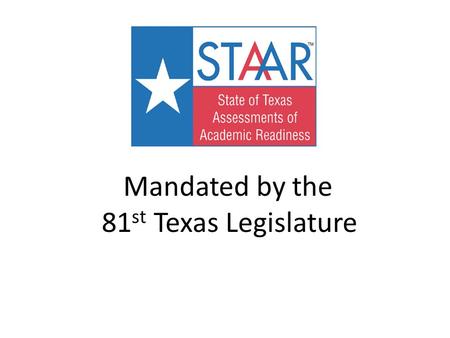 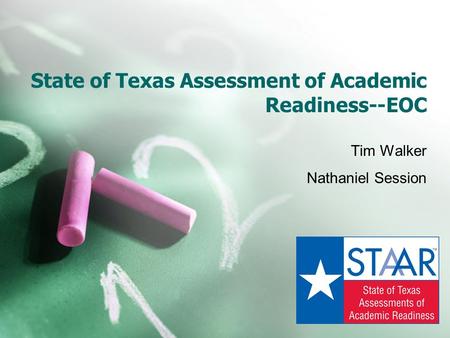 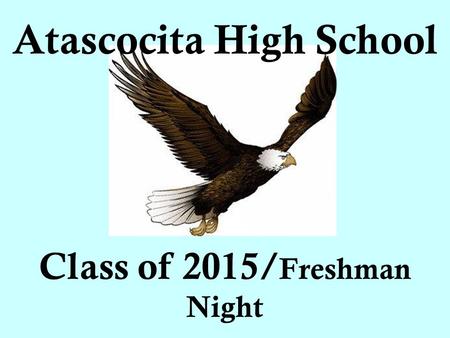 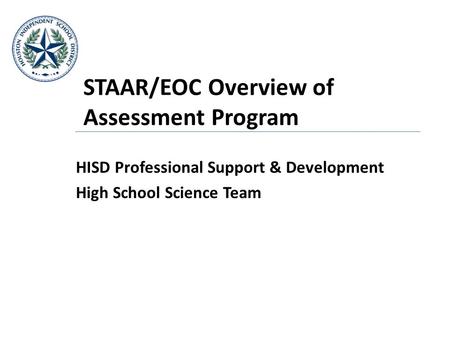 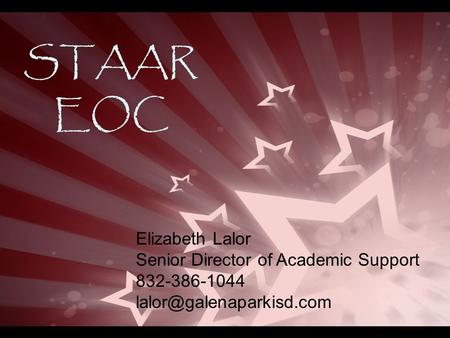