2 Objectives Students will be able to list and describe the five major economic systems.

4 Define Economy The organized way a nation provides for the needs and wants of its people.

7 How are Economic Systems Categorized? Some standards that are used to distinguish between economic systems are: Who owns the resource? What decision making process is use to allocate resources and products? What types of incentives guide economic decision markets?

8 Is there such a things as a Pure Economy? No. Every economy has influences that make it at least somewhat mixed. How is the government involved in the U.S. economy?

9 Mixed Economy All economies in the world today are mixed. The economic classification depends on how much a government interferes with the free market. There are three political philosophies that have shaped the worlds economies Capitalism Socialism Communism

10 The Three Most Prominent Economic Types Are: Capitalism Communism Socialism

11 Capitalism A.K.A. Market Economy This economy is characterized by marketplace competition and private ownership of businesses. Also called a Free Enterprise System Any income derived from selling resources goes exclusively to each resource owner Government in a capitalist society is concerned about the people and cares for those who cannot care for themselves. Democracy

13 Socialism Main goal is to meet basic needs for all and to provide employment for many. The same idea as communism, a classless society Democratic political institutions. Differ from capitalism because of the increased amount of government involvement. Medical care is free Pay much higher taxes Government runs key industries and makes economic decisions

14 Other Economic Types While capitalism, communism, and socialism are the most prominent types there are two others. Transitional Economy Traditional Economy

15 Transitional Economy It involves converting state-owned enterprises into private enterprises— privatization. These economies are in transition (changing) from one system from another.

16 Traditional Economy A traditional economy is shaped largely by custom or religion (tradition). Family relations also play significant roles in economic activity. This type of economy ensures that every member of society has a purpose and as well, a participatory function in society. 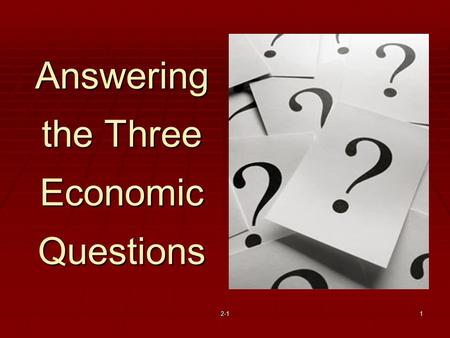 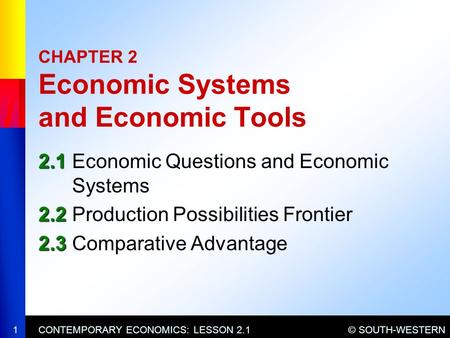 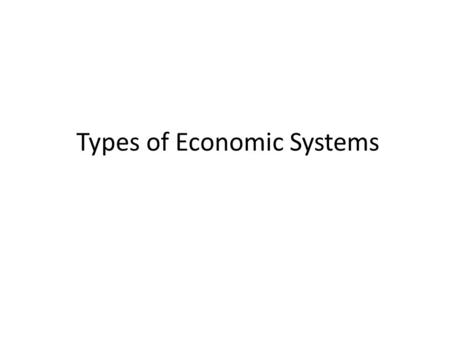 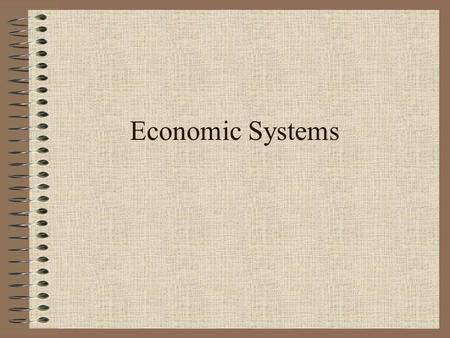 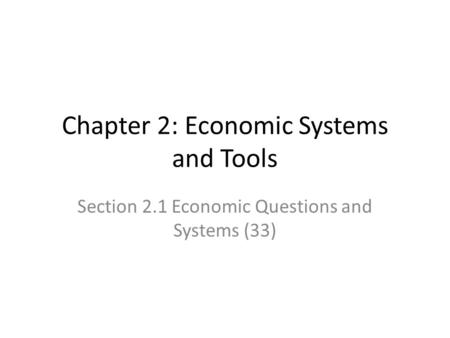