6 The system of statistical surveys of employment, carried out by enterprises in Poland is diversified by: subjective and objective scope, method of surveys conducting and survey frequency, according to the size of investigated unit and to kind of its activity. Enterprise surveys

7 Small-size units are investigated once by year. The survey is conducted as the sampling on 5% of the sample. The size of the sample assure the possibility of grafting sample survey only on sections and division of NACE and –taking on consideration territorial division- only on NUTS 1(all country) and NUTS 2 (voivodeships) levels. The subjective scope contain many subjects, concerning, for example number of employees, number of persons employed, wages and salaries, but also other informations, i.e. fixed assets, revenues, costs, VAT taxe.

8 Medium-size units are invastigated once by month, by sampling on 10% of the sample. This survey is also multisubject. Except the cathegories describing changements concerning labour market, such as persons employed, employees, wages and salaries and hours worked, this survey concerns also sale receipts, production and stocks.

9 Big units are inastigated once by month on whole universe. The subjective scope is the same as in the case of medium units; this procedure permits to present all results of surveys concerning medium and big units once by month.

10 Considering that the subjective scope of the big and medium units is minimal and that those units are invastigated by sample, we have also an annual survey, which has bigger subjective scope. This survey takes information about: persons employed by sex, by status on the labour market (emplyed, owners, agents, outworkers, persons working in the night, persons with disability, strangers, pensioners, persons employed by local units, average of employed in the year etc. The information concerning earnings is also bigger.

11 II. Other units of the national economy (outside of the enterprises sector) in the domain of employed, employees and wages and salaries is the same as in the case of the annual survey. The functionning surveys system permit to make a quartely presentation of data concerning units, having the number of employees more than 9, as same as the full presentation of this information every year.

13 annual statistics: survey on employment, wages and salaries and work time (Z-06); this is full survey and conducted in units of the whole economy employing 10 and more persons; annual survey in small units of the whole economy (SP-3) employing up to 9 persons is conducted on the basis sample survey – the size of sample is 5% of the random frame; the SOF – report covers persons employed in foundations, associations, political parties, trade unions, organisations of employers and economic and professional self-governments;

14 annual statistics: data on the number of persons employed in the budgetary entities conducting activity within the range of national defence and public safety derive from the Ministry of National Defence and the Ministry of the Interior and Administration; data on persons employed in individual agriculture are estimated on the basis of the results of the Agricultural census; data on the clergy come from the Institute of Catholic Church Statistics and the CSO Statistical Religion Questionnaire and estimates.

17 Forecast Forecast of labour demand – provided by government departments and scientific institutes Forecast of labour supply – prepared in the Social Statistics Division in the CSO (up to 2020)  Forecast of total population aged 18 and more  + Forecast of activity rates (data based on population censuses and on the Labour Force Survey)  5 year age groups, males/females, urban/rural areas, 16 regions (NTS2) 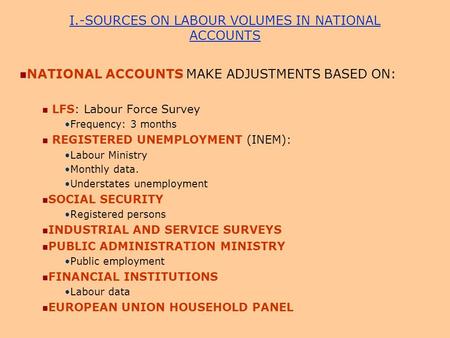 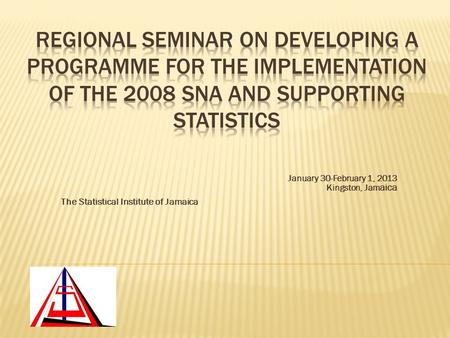 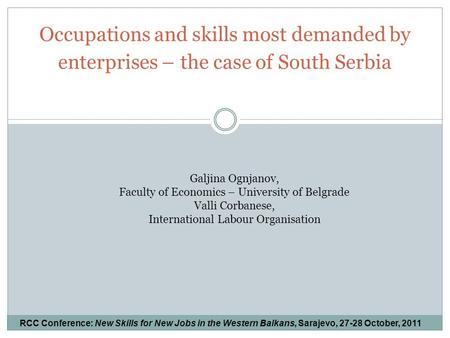 Occupations and skills most demanded by enterprises – the case of South Serbia Galjina Ognjanov, Faculty of Economics – University of Belgrade Valli Corbanese, 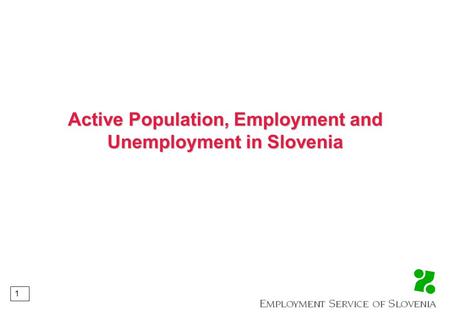 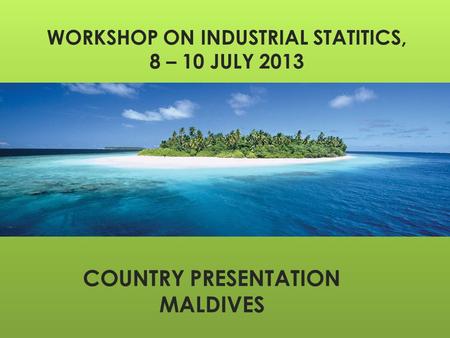 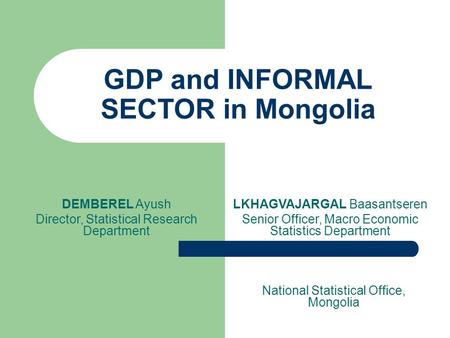 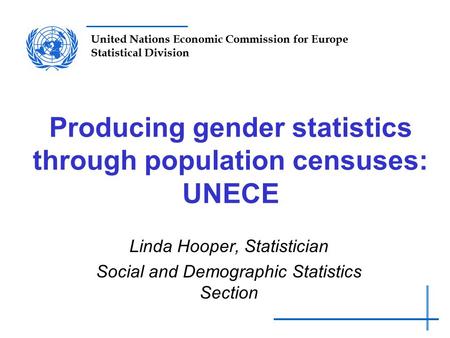 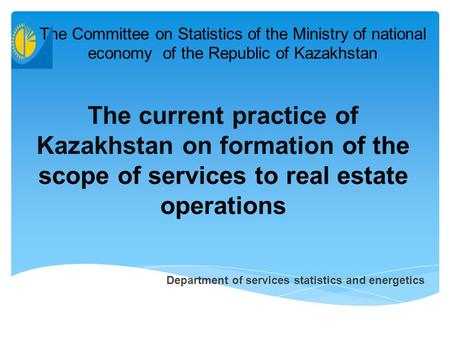 The current practice of Kazakhstan on formation of the scope of services to real estate operations The Committee on Statistics of the Ministry of national. 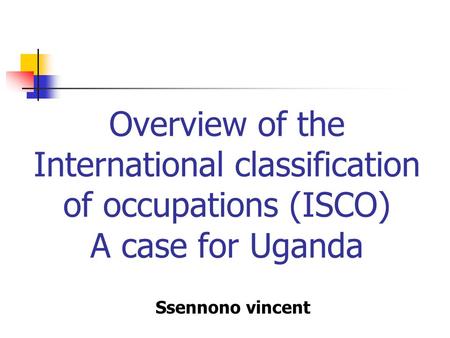 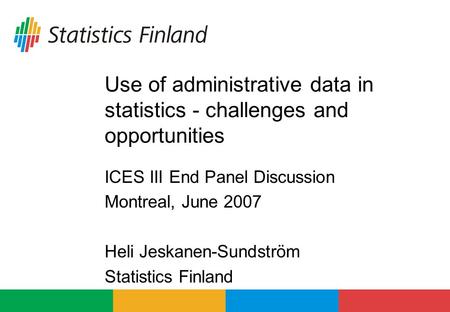 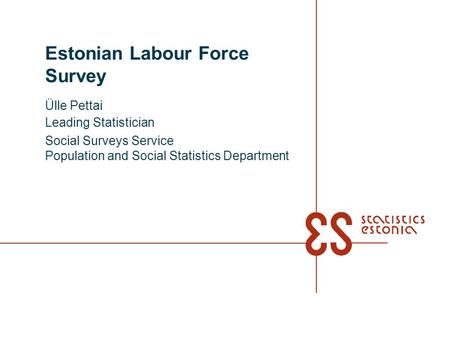 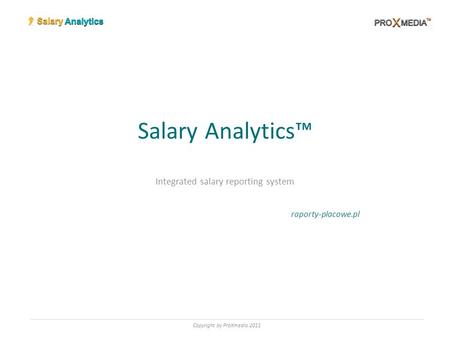 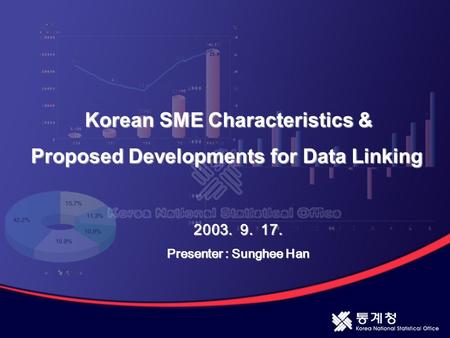 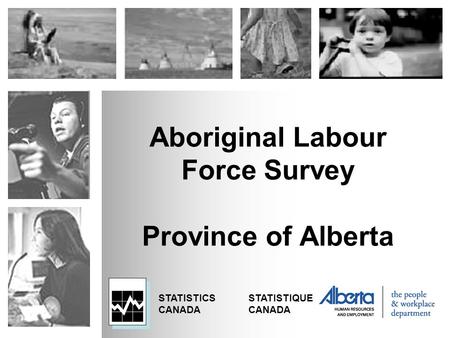 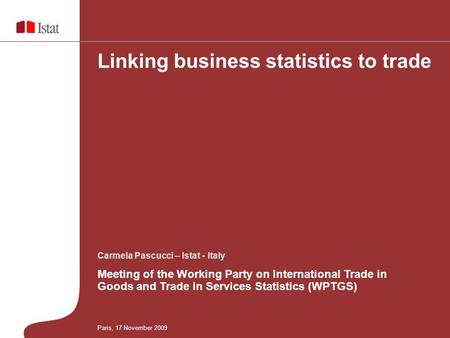 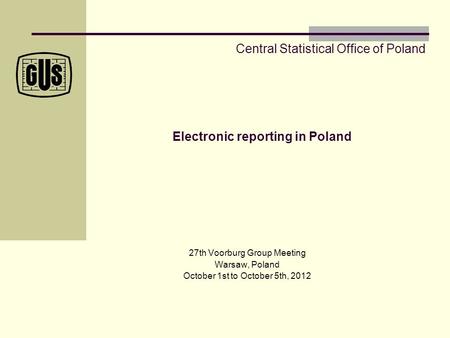 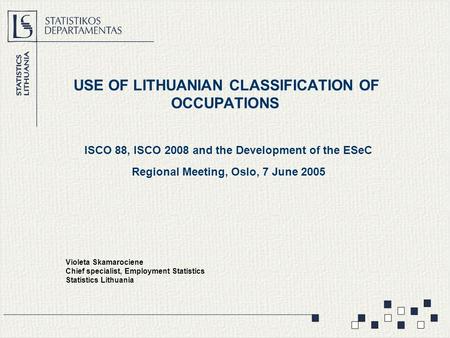 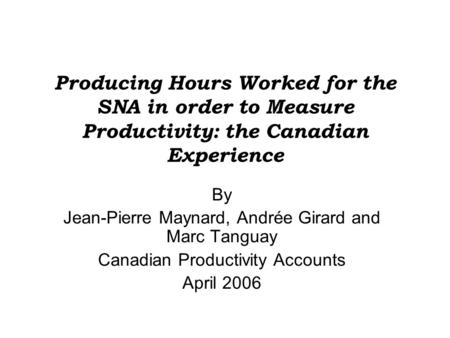 Producing Hours Worked for the SNA in order to Measure Productivity: the Canadian Experience By Jean-Pierre Maynard, Andrée Girard and Marc Tanguay Canadian.