3 Constructing a Kite Locate the string measurement guide on the lifting surface template. Locate the spool of kite string. Measure and cut four strings that are 40 in. long. Measure and cut eight strings that are 14 in. long. Using one of the 40 in. pieces of string, thread the string through three plastic straws. Tie the two loose ends of the string together. Leave 2 in. of string on one side of the knot and about 12 in. of string on the other side. The straws should now form a triangular shape. Make an extra knot in the string to strengthen the original knot. Set this triangle aside. Congratulations! You have made the triangular straw framework for one of the four surfaces of the Tetrahedron Kite wings. Tetrahedron kite wing: straw triangle Repeat steps 5 through 7 three more times to make three more straw triangles like the first one.

5 1.Repeat steps 9 through 13 three more times to make three more diamond shapes that will form two surfaces of one kite wing. 2.Locate the LST sheet and cut out the template. 3.Fold the 20 in. X 30 in. sheet of tissue paper as shown on the LST. 4.Locate the two construction clips. 5.Attach the LST to the tissue by placing the clips on the long folded edge. 6.Important: Place the LST’s longest side along the long fold of the folded tissue paper. 7.Use sharp scissors to cut around five sides of the LST. Do not cut along the long fold where the clips are attached.

9 32. Make three more kite wings by repeating Step 9 through Step 28 for each kite wing. 33. Congratulations! You have formed the four kite wings. 34. Place one of the uncovered sides of three of the kite wings in a triangular shape on a flat surface. Important: Tissue covered faces of all wings should point toward the front of the kite. 35. Using the strings at the vertices, tie the corners of these three wings together where they touch at their bases.

10 36. Place the fourth wing on top of the three attached kite wings. Important: Ensure that all tissue-covered surfaces face toward the front of the kite. 37. Using the strings at the vertices of the three base wings, tie the fourth kite wing to the top of the three base wings All wings joined 38. Trim the excess strings from each vertex. 39. Locate the front of your kite. When viewed from the front, all surfaces are covered. 40. Attach the end of the kite string on the spool through the vertex of the top wing. Tie it tightly. A second knot should be used to ensure that the kite does not come loose during flight. Congratulations! You have constructed a Tetrahedron Kite. 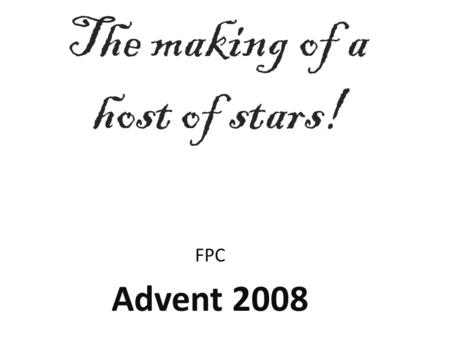 The making of a host of stars! FPC Advent Assemble the materials 6 pieces of Paper Scissors Stapler Tape, optional. 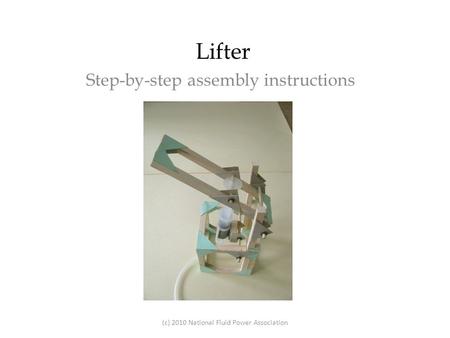 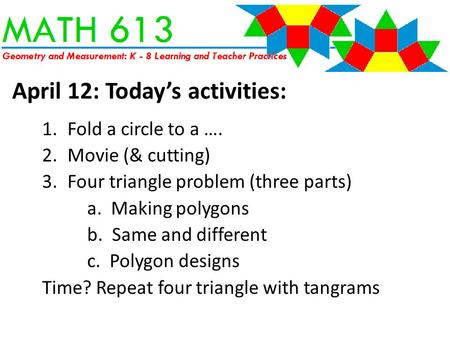 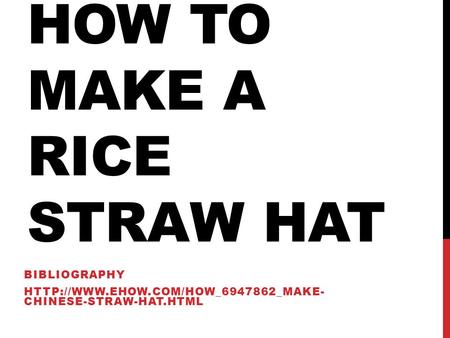 HOW TO MAKE A RICE STRAW HAT BIBLIOGRAPHY CHINESE-STRAW-HAT.HTML. 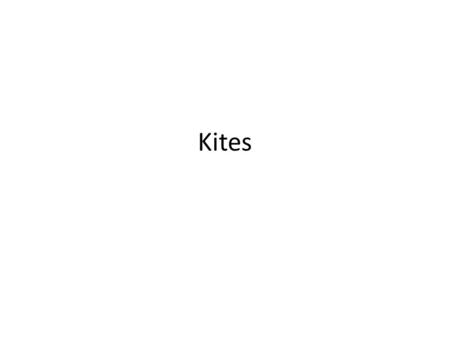 Kites. Thread 3 straws on a piece of floss about 3 feet long (let gravity help you). You will need 12 of these. 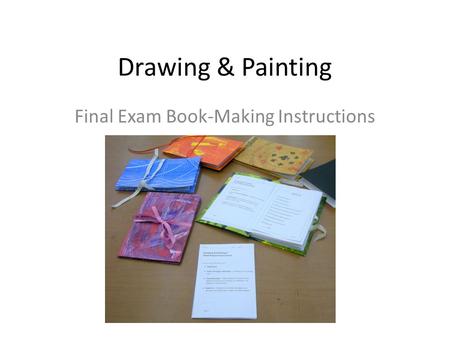 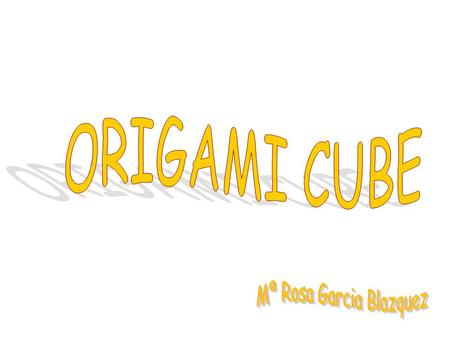 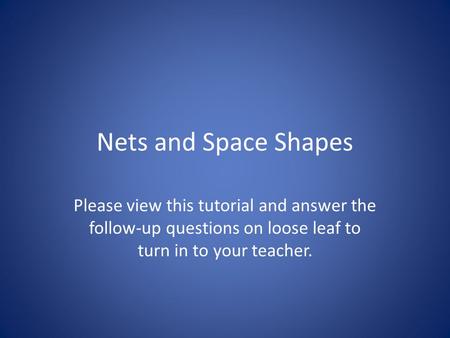 Nets and Space Shapes Please view this tutorial and answer the follow-up questions on loose leaf to turn in to your teacher. 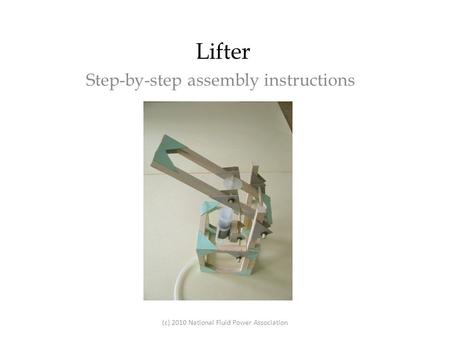 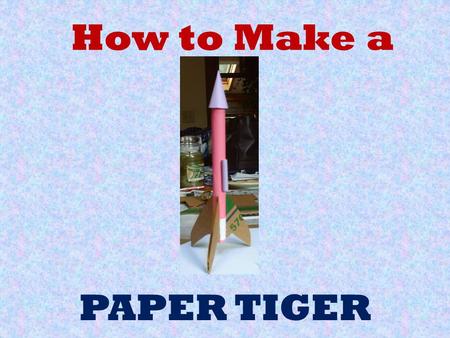 How to Make a PAPER TIGER. STEP 1: MAKE BODY TUBE 1. Use a spent engine to roll your body tube out of copier paper the short way 2. Test the size by sticking. 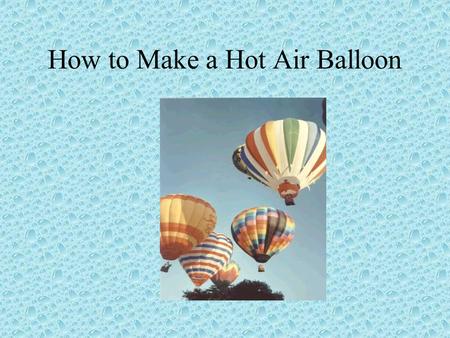 How to Make a Hot Air Balloon 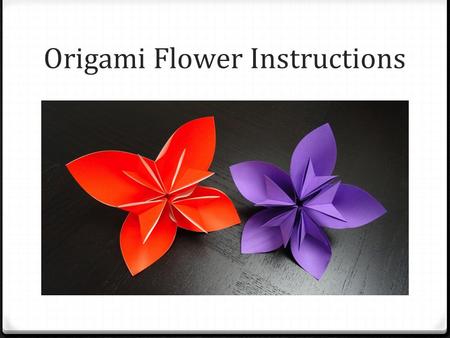 Origami Flower Instructions. 1. Arrange the origami paper on a flat surface, color side down, with one corner pointing at you. 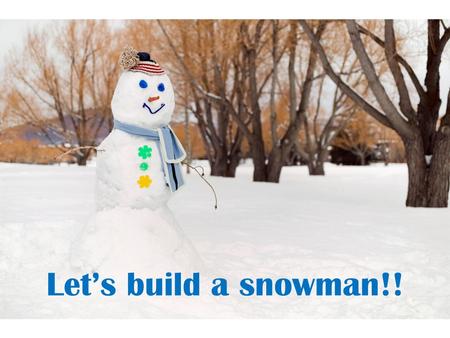 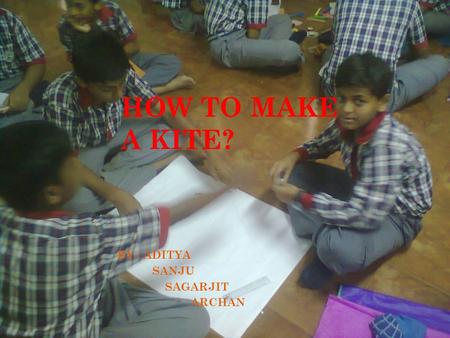 HOW TO MAKE A KITE? BY : ADITYA SANJU SAGARJIT ARCHAN. 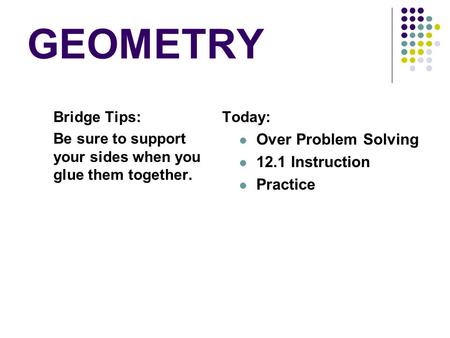 GEOMETRY Bridge Tips: Be sure to support your sides when you glue them together. Today: Over Problem Solving 12.1 Instruction Practice. 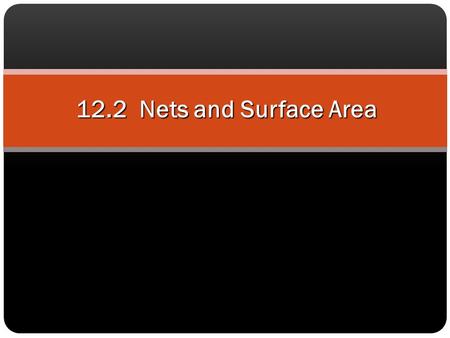 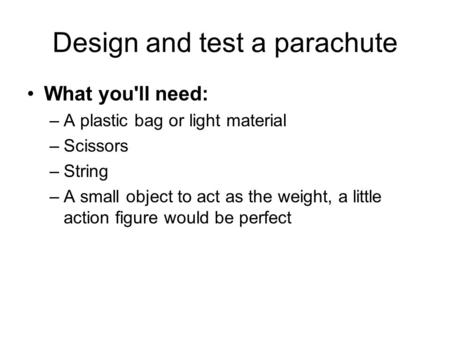 Design and test a parachute What you'll need: –A plastic bag or light material –Scissors –String –A small object to act as the weight, a little action. 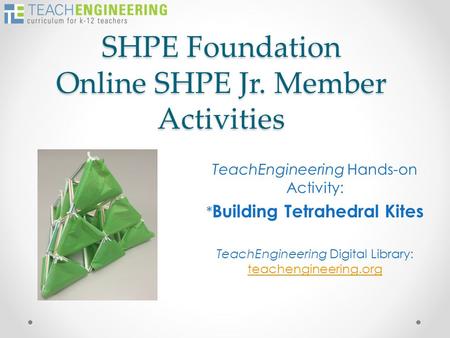 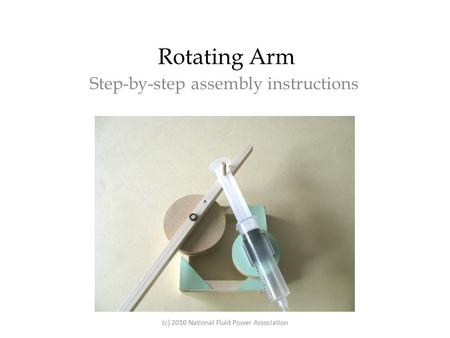 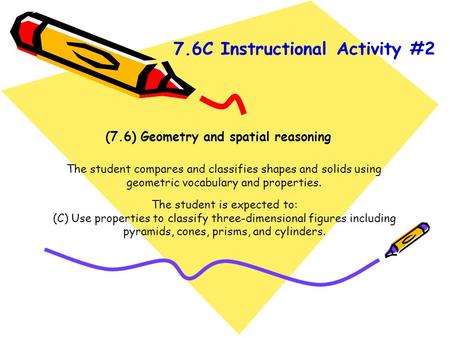 (7.6) Geometry and spatial reasoning The student compares and classifies shapes and solids using geometric vocabulary and properties. The student is expected.