TOOLS OF THE TRADE!. Measuring Tools  Tape Measure- a retractable, flexible metal rule housed in a plastic or metal case; used for measuring in general.

1 TOOLS OF THE TRADE!

2 Measuring Tools  Tape Measure- a retractable, flexible metal rule housed in a plastic or metal case; used for measuring in general stage work  Tri Square- a small, rigid, hand square with a steel blade and steel, composition, or wooden handle; used as a guide for marking 90-degree angles across narrow (under 6 inches) materials  Combination Square- a 12-inch steel rule with a movable handle angled at 45 and 90 degrees; used for marking those two angles, and the rule can be used for measuring.

4 More Measuring Tools  Bevel Protractor- measuring device similar to the combination square except that the angle of the blade is adjustable; used for marking angles between 0 and 90 degrees.  Framing Square- a large steel L, typically 16 inches on the bottom leg and 24 on the vertical leg; used for checking the accuracy of 90-degree corner joints.  Bevel Set- a measuring device similar to a tri square except that the angle between the blade and handle is adjustable; used for transferring angles from one piece of work to another.  Carpenter’s Level- a 2-to 3-foot piece of wooden, steel, or aluminum I beam with glass-tube spirit levels at either end and the middle; used to determine true horizontal and vertical.

9 Saws  Crosscut Saw- a handsaw with an approx. 26-inch blade whose angle-sharpened teeth bend outward so that the kerf is wider than the blade.  Kerf- The width of the cut made by a saw  Hacksaw- an adjustable frame handsaw with an extremely fine-toothed (twenty to twenty-five teeth per inch) replaceable blade; used for cutting metal.

10 Other Cutting Tools  Utility Knife- a metal handle with a usually retractable replaceable blade; used for a variety of jobs including cutting cardboard and trimming fabric from the edges of flats; also called a matte knife.  Tin Snips- scissorlike tools used for cutting thin metal.  Plane- a knife-edged tool used to smooth or round the edges or corners of wood.

12 Pliers  Slip-joint pliers- common pliers with an adjustable pivot that provides two ranges of jaw openings; used for clamping, gripping, bending, and cutting light wire.  Long-nose pliers- pliers with long tapering jaws; used for holding small items and bending very light wire; also called needle-nose pliers.  Locking pliers- used for gripping and holding, the size of the jaw opening and amount of pressure applied by the jaws are adjustable by the screw at the base of the handle; also called a vise grip.

17 Wrecking Bars  Crowbar- a round metal bar with flattened metal claws similar to those on a claw or rip hammer on one end and a tapered wedge on the other.  Ripbar- tool similar to a crowbar but the nail- removing claws have more curl for better leverage 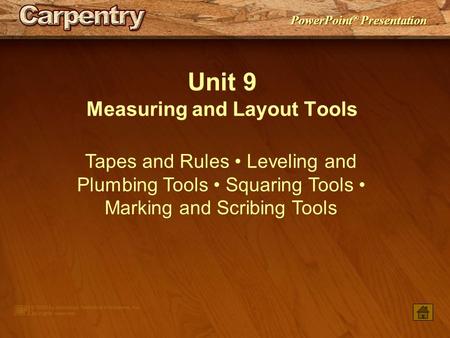 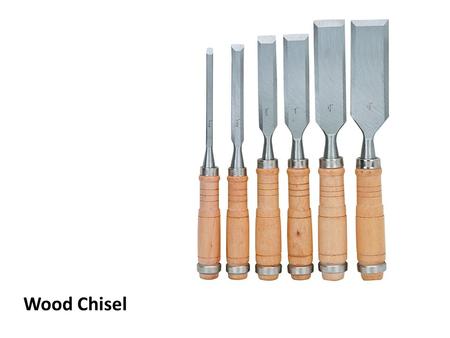 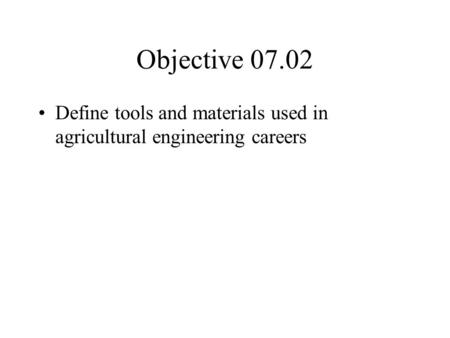 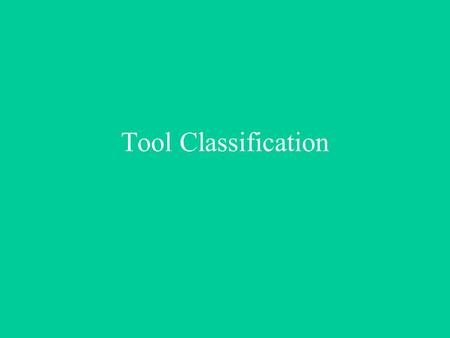 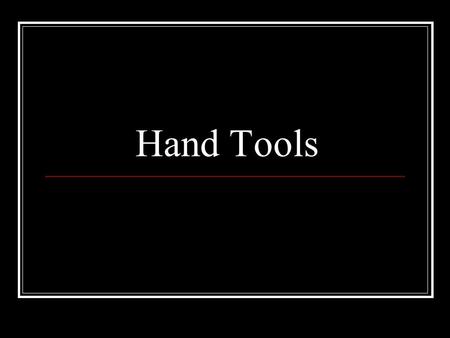 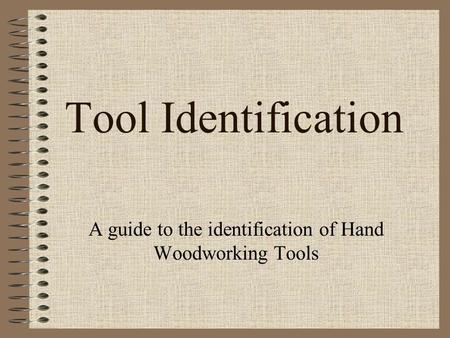 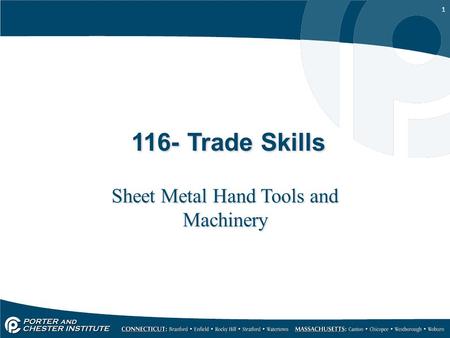 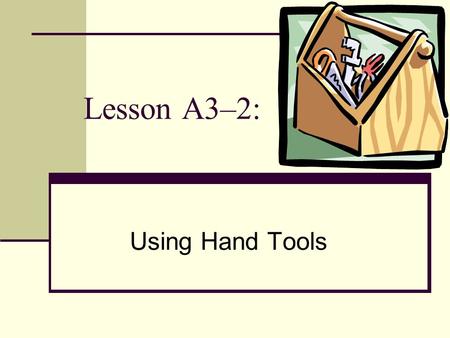 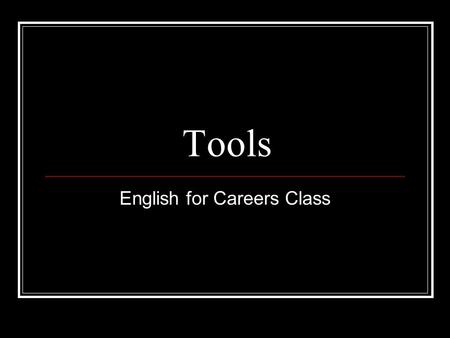 Tools English for Careers Class. tool belt A tool belt is used to hold tools on your body. 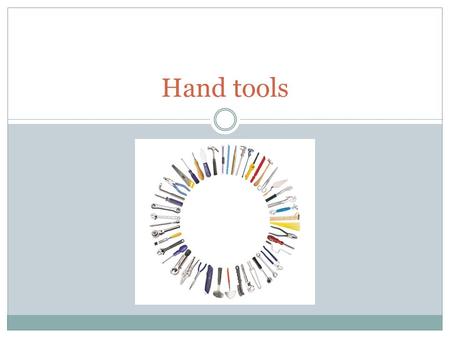 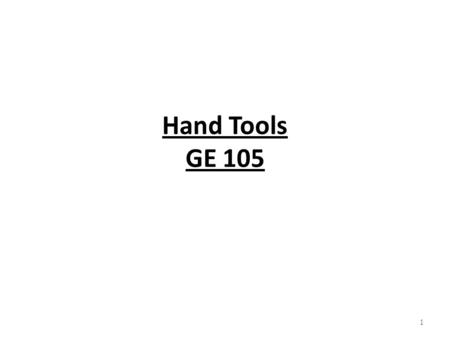 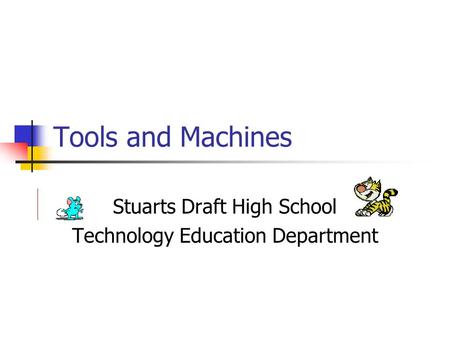 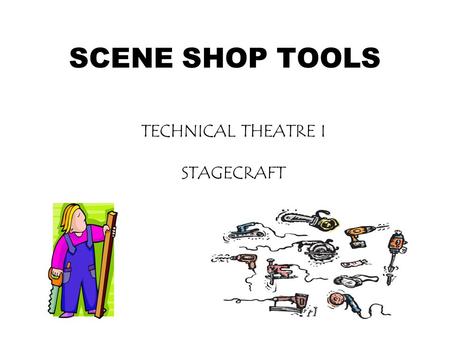 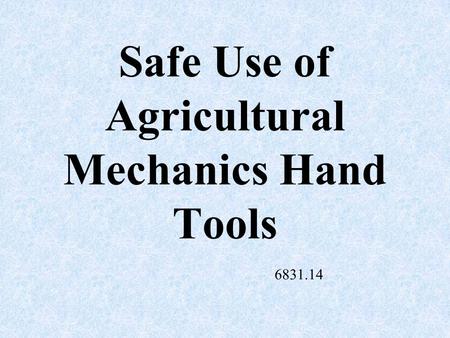 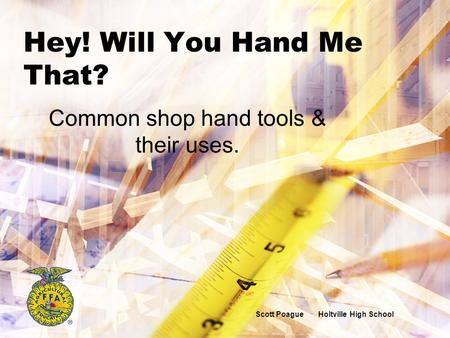 Hey! Will You Hand Me That? 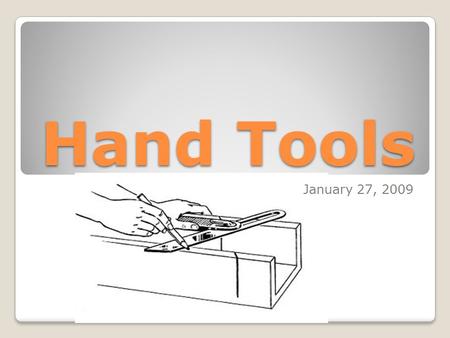 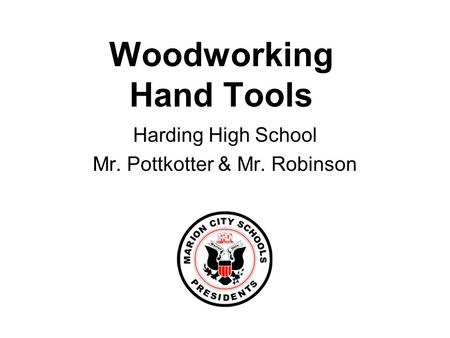 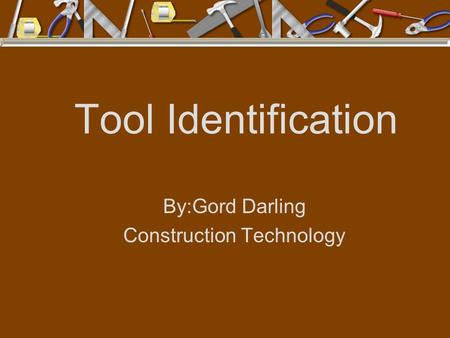 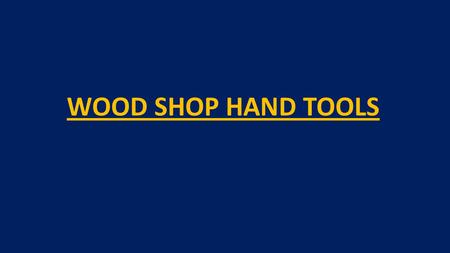 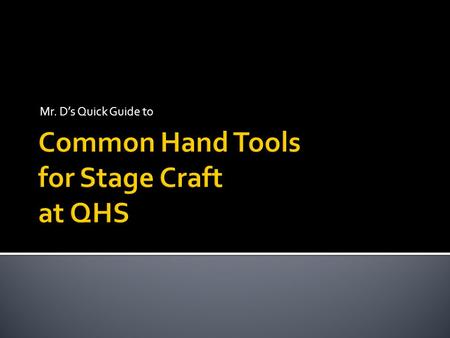 Mr. D’s Quick Guide to.  Hand tools is any tool where the force comes from the human user. These have been used for thousands of years.  Power Tools.