3  The study of interest is very important and fundamental to the understanding of the economy of a country  Interest is money earned when money is invested or interest is charge incurred when a loan or credit is obtained.

4  If you deposit a sum of money P in a savings account or if you borrow a sum of money P from a lending agent such as financial agency or bank, then P is call principal.  Usually we have to repay this amount P plus an extra amount. These extra amounts, which pay to the lender for the convenience of using lender money is called interest.

5  In general, if the principal P is borrowed at a rate r after t years, the borrower will owe the lender an amount A that will include the principal P plus interest I.

10 Example 2.2.2 RRM10000 is invested for 4 years 9 month in a bank earning a simple interest rate of 10% per annum. Find the simple amount at the end of the investment period. SSolution

11 Exercise 2  If Bank A offers a simple interest rate of 8 % per annum, Ahmad invested RM 9000 for 4 years 6 months in a bank earning. Find the future value obtain by Ahmad at the end of the investment period.  Anwer

13 Example 3 Find the present value at 6% simple interest with total amount of debt RM 40000 due in 15 years.  Solution

16  Some important terms are best explained with the following example. Suppose RM9000 is invested for 7 years at 12% compounded quarterly Principal, P  The original principal, denoted by P is the original amount invested. Here the principal is P = RM 9000 Annual nominal rate, r  The interest rate for a year together with the frequency in which interest is calculated in a year. Thus the annual nominal rate is given by r = 12% compounded quarterly, that is four times a year.

19 Example 2.3.1  Find the accumulated amount after 3 years if RM1000 is invested at 8% per year compounded A. Annually B. Semi-annually C. Quarterly D. Monthly E. Daily

24 Example 2.3.3 What is the annual nominal rate compounded monthly that will make RM1000 become RM2000 in five years? Solution

30 The process for finding the present value is called discounting.

35  Sequence of equal payments made at equal intervals of time.  Examples of annuity are shop rentals, insurance policy premiums, instalment payment, etc.  An annuity in which the payments are made at the end of each payment period is call ordinary annuity certain.

38 Example 2.4.1 Find the amount of an ordinary annuity consisting of 12 monthly payments of RM100 that earn interest at 12% per year compounded monthly. Solution

39 Example 2.4.2 RM 100 is deposited every month for 2 years 7 month at 12% compounded monthly. What is the future value of this annuity at the end of the investment period? Solution

42  In certain instances, we may try to determine the current value P of a sequence of equal periodic payment that will be made over a certain period of time.  After each payment is made, the new balance continues to earn interest at some nominal rate.  The amount P is referred to as the present value of ordinary annuity certain.

43 Example 2.4.5 After making a down payment of RM4000 for an automobile, Maidin paid RM400 per month for 36 month with interest charged at 12% per year compounded monthly on the unpaid balance. What was the original cost of the car?

45  An interest bearing debt is said to be amortized when all the principal and interest are discharged by a sequence of equal payments at equal intervals of time.

48 Example Andy borrowed RM120, 000 from a bank to help finance the purchase of a house. The bank charges interest at a rate 9% per year in the unpaid balance, with interest computations made at the end of each month. Andy has agreed to repay the loan in equal monthly instalments over 30 years. How much should each payment be if the loan is to be amortized at the end of the term?

53  Depreciation is an accounting procedure for allocating the cost of capital assets, such as buildings, machinery tools and vehicles over their useful life.  It is important to note that depreciation amount are estimates and no one can estimate such amounts with certainty.  Depreciation expenses allow firms to recapture the amount of money to provide for replacement of the assets and to recover the original investments.

60 Example 3.5.1 The book values of an asset after the third year and fifth year using the straight line method are RM7000 and RM5000 respectively. What is the annual depreciation of the asset? Solution

65 Example 2.5.4 Given Cost of the asset = RM15000 Useful life = 4 years Scrap value = RM3000 a) Find the annual rate of depreciation b) Construct the depreciation schedule Using the declining balance method

70 Example 2.5.5 A machine is purchased for RM45000. Its life expectancy is 5 years with a zero trade in value. Prepare a depreciation schedule using the sum of the years digits method. Solution

71  Amount of depreciation for each year is calculated as follows

73 Example 2.5.6 A computer is purchased for RM3600. It is estimated that its salvage value at the end of 8 years will be RM600. Find the depreciation and the book value of the computer for third year using the sum of the years digits method. 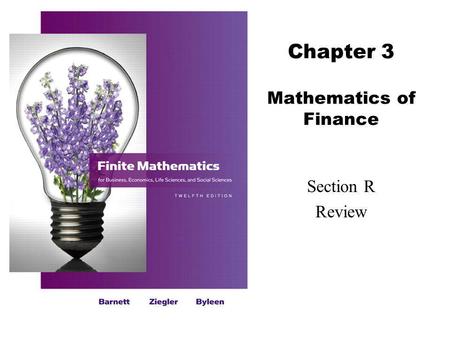 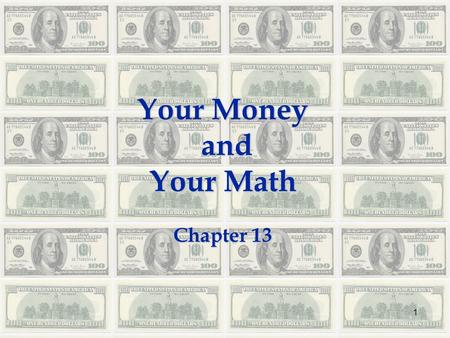 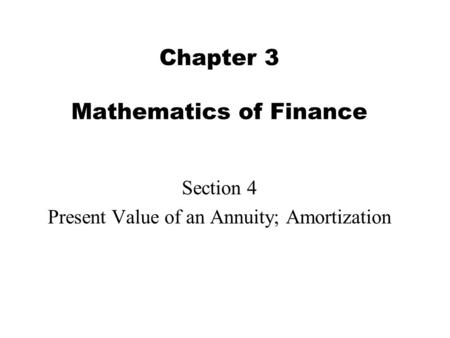 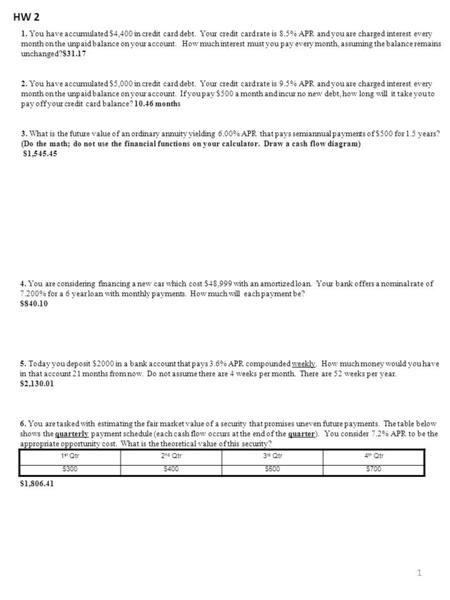 HW 2 1. You have accumulated $4,400 in credit card debt. Your credit card rate is 8.5% APR and you are charged interest every month on the unpaid balance. 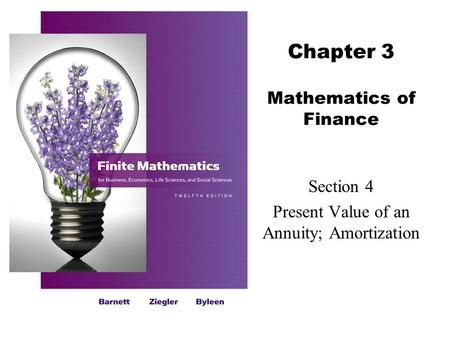 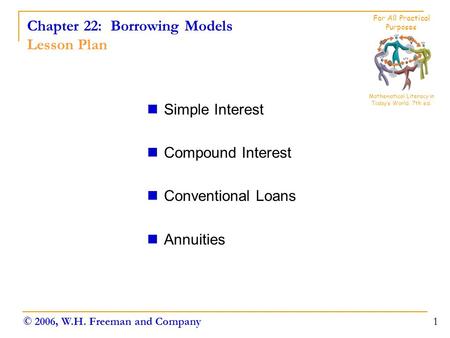 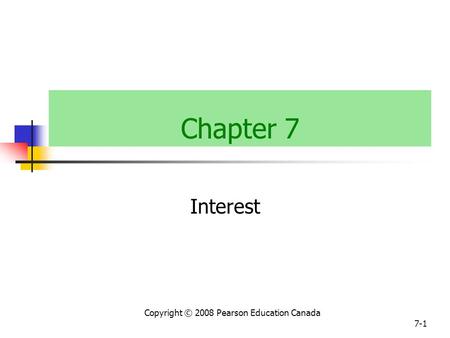 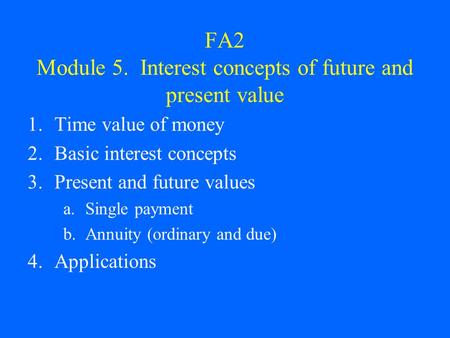 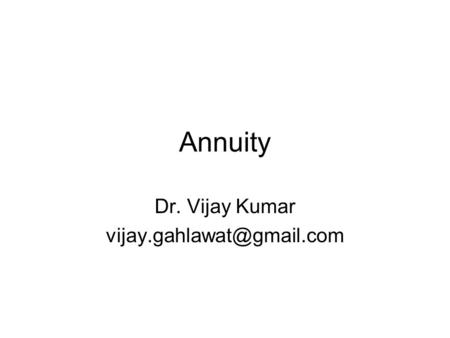 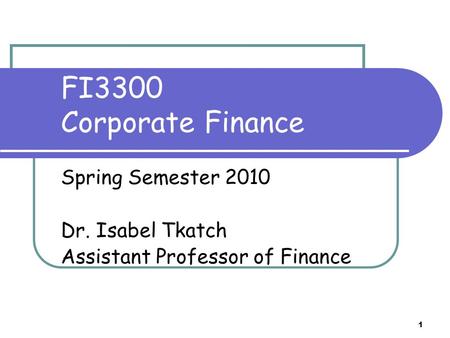 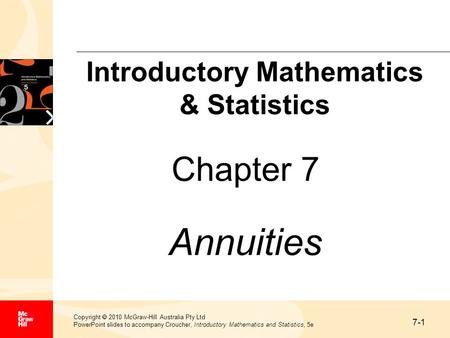 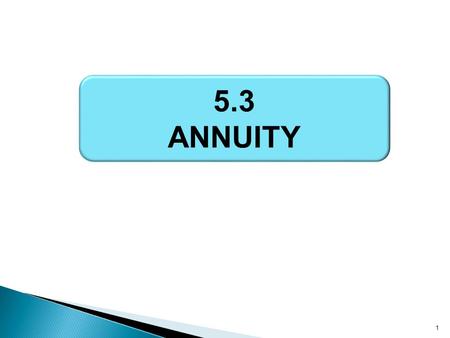 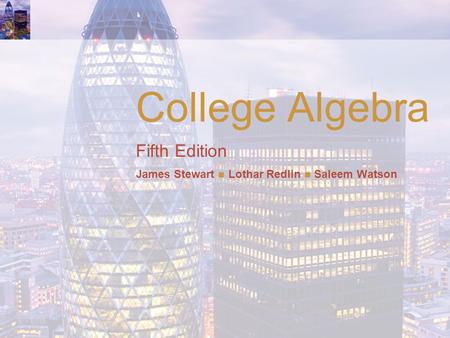 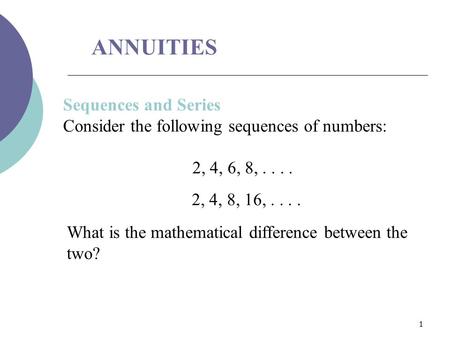 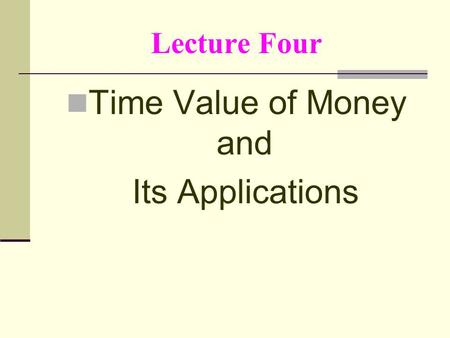 Lecture Four Time Value of Money and Its Applications. 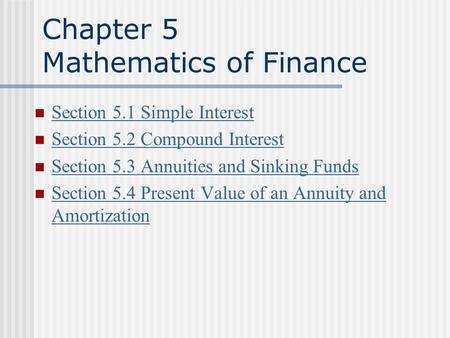 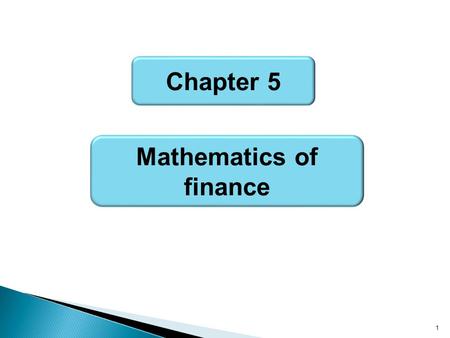 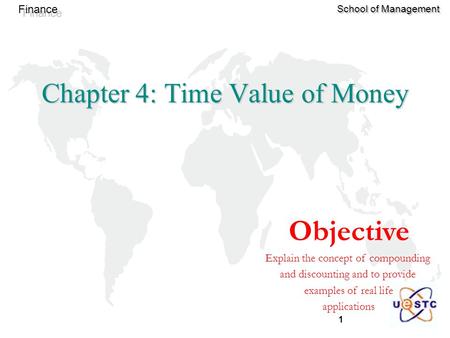 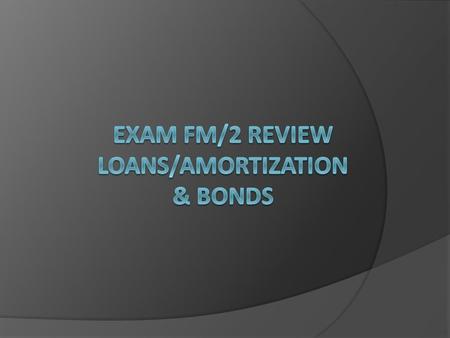 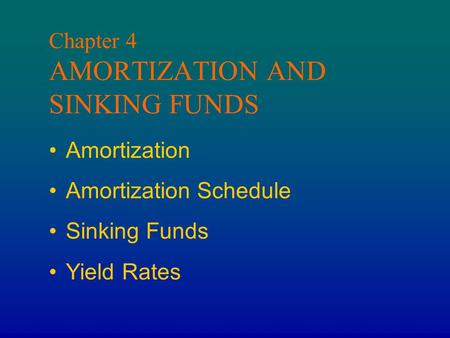