2 DO NOW!! After taking your seat, clear of your desk of everything except something to write with… 2

4 AFTER THE CONSTRUCTED RESPONSE Start working on Pages 28-30 from your “History Alive!” Workbooks! 4

5 START OF THE AMERICAN REVOLUTION 5

6 AFTER THE FRENCH AND INDIAN WAR… After French and Indian War, many colonists were still Loyalists, Americans who felt a deep loyalty to Great Britain However, a good amount of colonists considered themselves to be Patriots, or Americans who believed colonists had the right to govern themselves British actions would soon turn many colonists against their mother country 6

7 STARTING WITH THE PROCLAMATION OF 1763… Tells the colonists they cannot move west of the Appalachian Mountains Tyranny!!! Instead of listening to the colonists, the British government increased their army presence in America 7

9 COLONIST REACTION TO STAMP ACT Outrage Colonists had no representation in Parliament, therefore felt law was not just Lots of protest Act was repealed, or cancelled, after months of protests; colonists rejoice! But then… 9

10 QUARTERING ACT A law that ordered colonial assemblies to provide British soldiers with quarters, or housing, as well as other necessary items. Housing costs $$, so colonists say this act is same as any tax New Jersey: the new law was “as much as an Act for laying taxes” on the colonists as the Stamp Act But that’s not all…! 10

11 TOWNSHEND ACTS passed through Parliament by Charles Townshend Placed a duty, or tax, on certain items imported into the colonies from Britain Items such as: glass, paint, paper, and tea Colonists decision: Boycott!! Boycotting, or refusing to buy goods, was a peaceful form of protest even Loyalists could support Townshend Acts repealed in 1770; except for tea 11

13 TEA ACT After Boston Massacre, some Patriots wanted more protests against British rule On contrary, colonies relatively peaceful Small tax on Tea did not bother many colonists In 1773, Parliament passed the Tea Act, which changed that Made taxed British tea very cheap, even cheaper than smuggled Dutch tea Created a monopoly, angered many colonists, who still viewed the new act as a tax 13

14 BOSTON TEA PARTY Governor of Boston would not let three ships leave Boston Harbor until the tea on those ships was unloaded On December 16, 1773, the Sons of Liberty sent about 50 men on the boats; they dump the tea in the water 340 barrels dumped, event known as “Boston Tea Party” Patriots rejoice! 14

15 INTOLERABLE ACTS Britain furious with Boston King George III and Parliament passed Coercive Acts to punish Boston Act called for closing of harbor, a new governor, etc. Acts so unreasonable that they became known as the “Intolerable Acts” throughout the colonies Colonies united to support Boston and Massachusetts 15

16 THE FIRST CONTINENTAL CONGRESS 50 delegates from 12 colonies met in Philadelphia in September of 1774 to discuss a plan of action Many delegates were still strong Loyalists Small few, like Patrick Henry and John Adams, called for the colonies to unite Agreed on a new boycott of British goods Meanwhile in colonies: militias forming. 16

17 Lexington: British general decides to attack city of Concord On April 18, 1775, marches with 700 troops On the way, encounter a group of militiamen in Lexington British kill/injure about 20, keep on to Concord Concord: British reach Concord, searching for gunpowder and weapons British can’t find them, so they start to burn items Militiamen from neighboring town attack and drive out British By the end of the day, 74 dead British and over 200 injured or missing 17 LEXINGTON AND CONCORD

19 CLOSURE.. Exit Ticket: What are two events that led to rising tensions in the American Colonies? 19

21 DO NOW!! After taking your seat, start studying for your test… 21 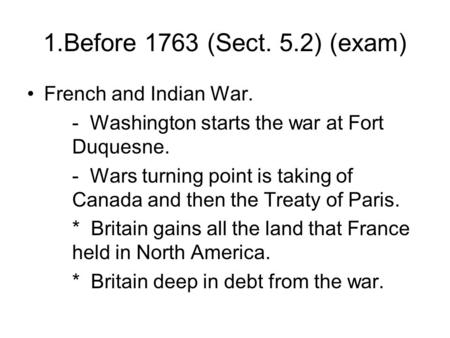 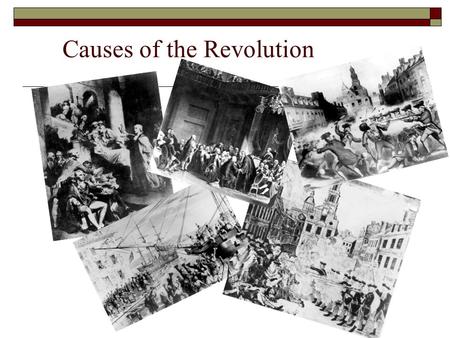 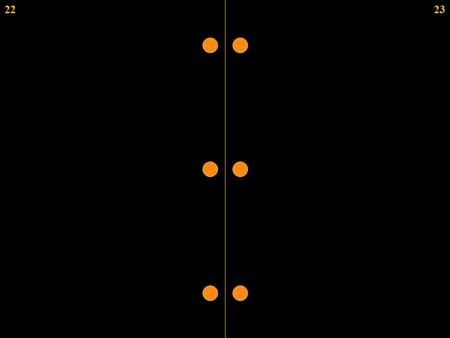 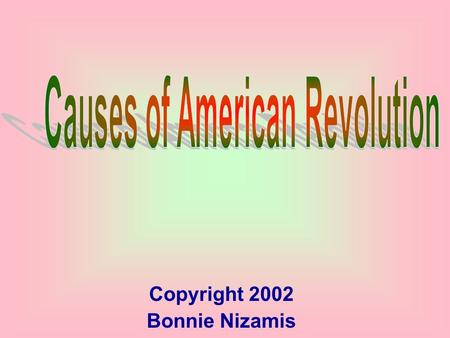