2 Women have come far in the last few decades In the early 1970s ● The Arbitration Commission ruled that women should receive the same wage as men for doing the same job ● Limited range of professions open to women ● Limited employment options for married women, fewer still for women with children ● 15% of women had superannuation compared with 36% of males ● Discrimination on the grounds of sex, family status or marital status was not illegal

3 And now… No provision for different pay on the basis of gender All industries are open to women, and women are making headway in penetrating traditionally male dominated industries Employment discrimination on the grounds of sex, marital status or family responsibilities is mostly illegal Paid parental leave, childcare and readily available part-time work make it easier to combine work and family responsibilities Superannuation is almost a universal benefit for employees

6 Labour force participation of women has been steadily increasing

8 Women are taking on professional roles Partly as a result of this increase in education levels, women are taking on more challenging and prestigious roles in the workforce Between 1988 and 2007, the percentage of managers and administrators who were female increased by four percentage points from 24% to 28% The majority of people employed as professionals are female, increasing from 40% in 1988 to 53% in 2007 But has that been translating to similar levels of labour force participation between the sexes and equal remuneration for women?

9 Some shortcomings in women’s access to the labour force Women are much more likely to work part-time than men; just over half of women work full-time compared to 83% of men Women’s unemployment rates are not much different to those of men, but they show much higher rates of underemployment and labour force underutilisation Has this increase in education, labour force participation and professional occupations for women resulted in equal pay?

10 Wages: the gender gap still exists Gender wage gap = the difference in average weekly ordinary time earnings of females and males Over the last sixteen years, the gender wage gap has changed little, varying from 15-18%; that is, average weekly ordinary time earnings of females are around 82-85% of those of males Part of this is due to characteristics; hours worked, work experience, industry, occupation, children, education, etc Many studies have tried to control for these other factors in estimating how much of the gender wage gap is due to gender and how much is due to other factors

11 Key determinants of the gender wage gap ‘being a woman’ (60%) Industry segregation (predominance of men working with men and women with women) (25%) Labour force history (time in paid work, tenure in current occupation and with current employer) (7%) Vocational qualification (the lower proportion of women with a vocational qualification) (5%) Firm size (higher proportion of women working in smaller firms (3%)

16 Partnered men are much better off than single men

18 Conclusion The economic impacts of gender inequality are still felt decades after women achieved more equal rights in the workforce and financial sphere Younger generations, who have benefited from comparative gender equality since birth, have closed the gender gap in education and appear to be closing it in wages Although women are not yet equal in terms of economic participation, it is heartening to see how much progress has been made in forty years 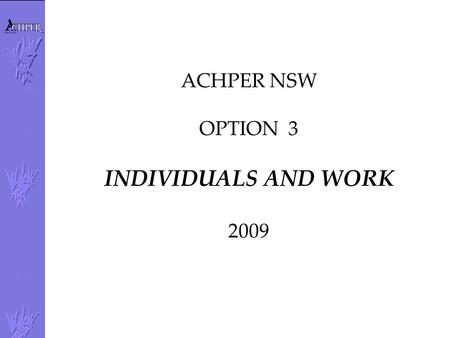 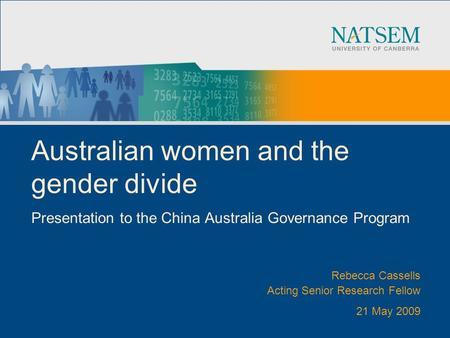 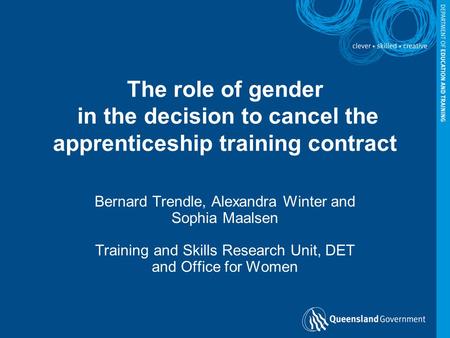 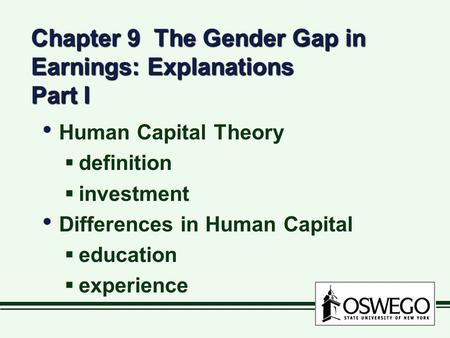 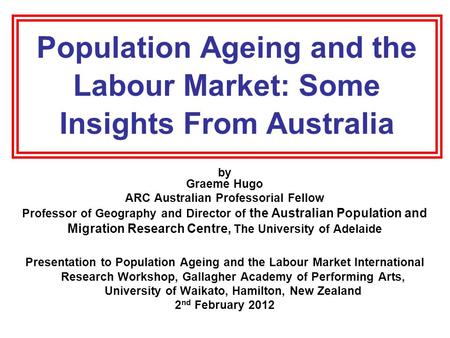 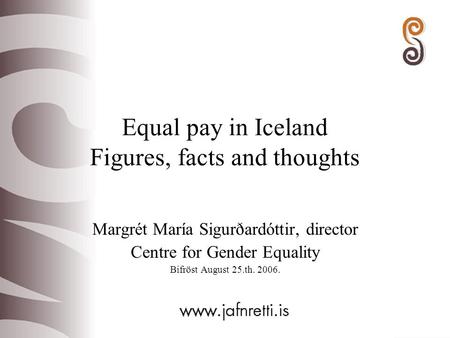 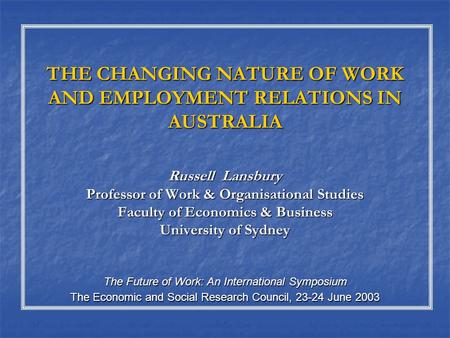 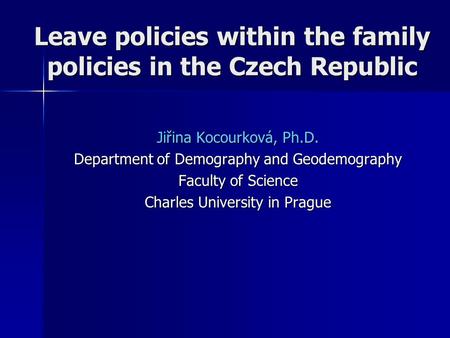