1 4/2/2002HEP Globus Testing Request - Jae Yu x2814 1 Participating in Globus Test-bed Activity for DØGrid UTA HEP group is playing a leading role in establishing DØGrid and remote computing systems, in addition to ATLAS Since the DØ experiment is taking data currently, this is the best platform to test out Grid computing architecture for LHC experiment such as ATLAS Playing leading role in the DØ Grid and its test-bed activity and linking it to ATLAS will increase UTA’s chance to host an ATLAS Tier II computing site An MRI proposal to acquire sufficient hardware for a DØ Regional Analysis Center (DØRAC) has been submitted  UTA is the only US candidate at the moment for DØRAC UTA-HEP group has been participating in various Grid Test-bed activities through ATLAS and DØ Experiments and independently The more activity we contribute the higher the chance for Tier II

2 4/2/2002HEP Globus Testing Request - Jae Yu x2814 2 Globus Remote Job Submission Test Globus is one of the available Grid Job submission and security tool kit but not a batch system Globus is being explored for adoption for DØ Globus can and must work with many different batch control systems; PBS, Condor, Condor-G, LSF HEP group has been working with ACS toward utilizing the ample Intel Linux cpu power for DØ detector simulation, but due to its LSF batch control system the process has been slow This works in our advantage for Globus remote job submission testing for LSF system

4 4/2/2002HEP Globus Testing Request - Jae Yu x2814 4 What do we need from ACS? An ACS Intel machine as the Globus gatekeeper A Globus account (normal user privilege) Install Globus took kit must be installed on the gatekeeper as root (Need help from ACS personnel) Work with the ACS contact to get Globus set up, including certification application and other configuration Batch job will be a simple non-cpu critical “Hello world!” style. Testing will be sporadic and brief. Total Testing Duration: Not clearly known yet but presume at least a couple of months Contact persons: –HEP: Tomasz Wlodek & Jae Yu (x2814) –FNAL: Gabrielle Garzoglio (garzogli@fnal.gov)

5 4/2/2002HEP Globus Testing Request - Jae Yu x2814 5 Some detailed technical information ACS Linux farm runs RH6.2 with a planned upgrade to RH7.2 sometime in the summer. Does this matter for the testing? –No. –The globus toolkit 2.0 is distributed for Linux 2.x/Intel x86. The same software should work for both the version minor configuration changes. ACS's LSF system is version 4.1. Does this matter? –Probably not due to minimal use of LSF command in Globus –This is part of the testing How much disk space is the testing going to require? –Globus toolkit: 150 MB. –Log files: ~15 KB/Mo. –No plan for implementing large executable in the first phase Globus system stability –No system crash in 3 months testing of globus –However, no experience with LSF yet

6 4/2/2002HEP Globus Testing Request - Jae Yu x2814 6 How much of security risk is this testing going to be? –Very minimal –Globus Security Infrastructure (GSI) uses asymmetric (PKI) mechanisms to enforce security which is used in e-business web sites for transactions Number of people participating in testing –Currently 5 non-UTA participants –Expect to grow at a minimal level to less than 20 –UTA HEP group is a strong participant –Not all of them will run on UTA ACS system What will this lead to? Is this just purely a one-time test, or will it lead to significant use of UTA's supercomputer system by others (non-UTA people)? –Two phases of testing is planned Phase 1: Minimal “Hello World!” style testing that uses extremely insignificant resources Phase 2: More complicated DØ experiment executable with several months after phase1 –Resource usage even for Phase 2 is not expected to large or extensive –This testing will likely to continue as long as it is allowed to go on

7 4/2/2002HEP Globus Testing Request - Jae Yu x2814 7 ACS Administrator has a complete control over the testing executable –At any time the ACS administrators notice issues, the testing will shutdown till a resolution –If the testing seriously interferes with ACS LSF operation, the testing should stop and a resolution needs to be found –The contact persons at UTA and Fermilab will be responsible for regulating and coordinating the flow of testing Proposed Operating Principles for Globus Testing 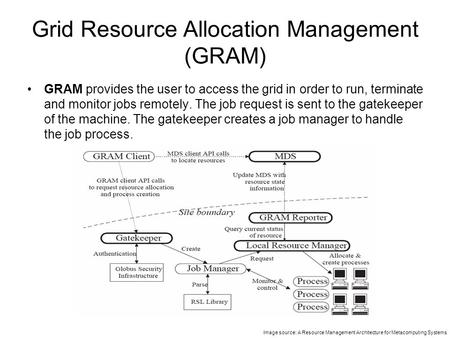 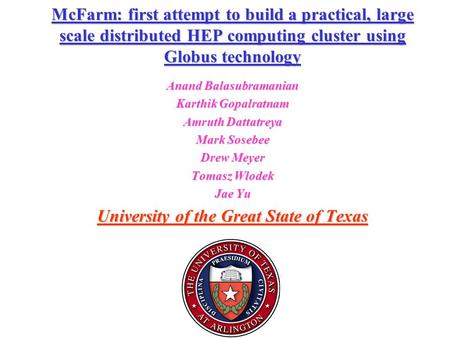 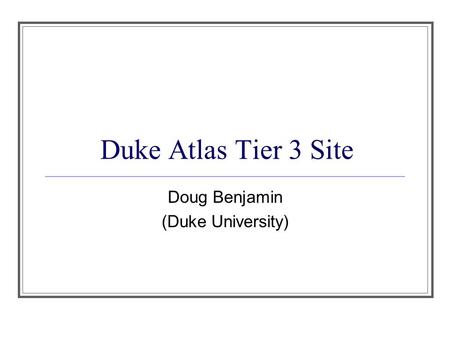 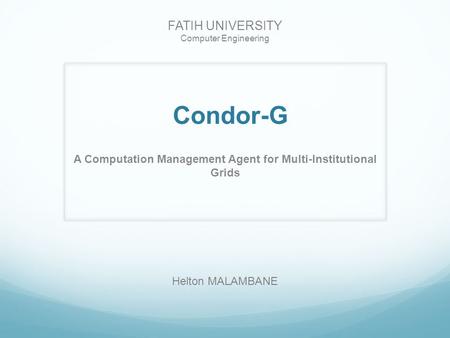 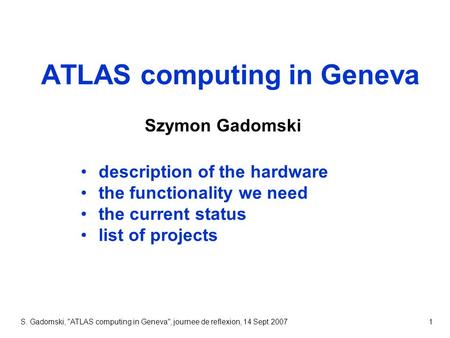 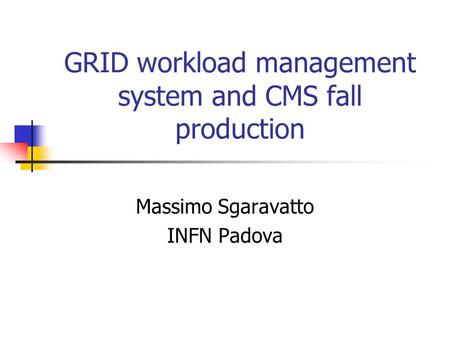 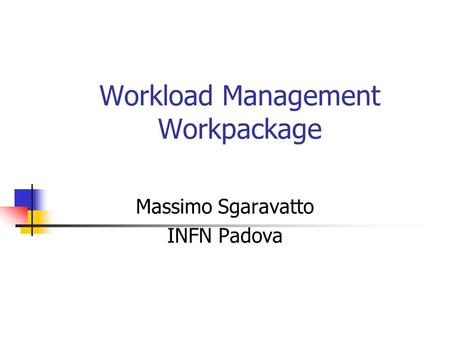 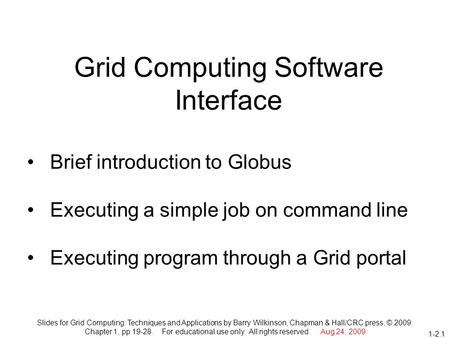 Slides for Grid Computing: Techniques and Applications by Barry Wilkinson, Chapman & Hall/CRC press, © Chapter 1, pp For educational use only. 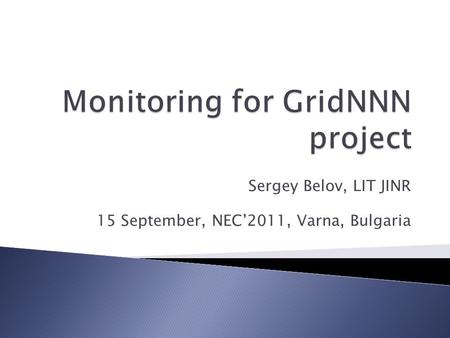 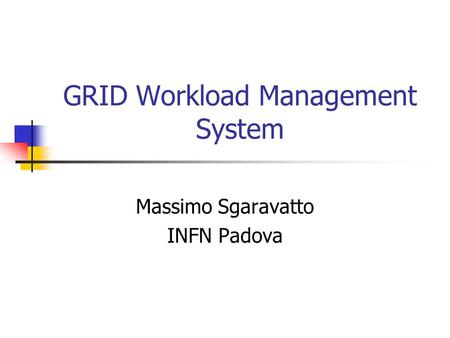 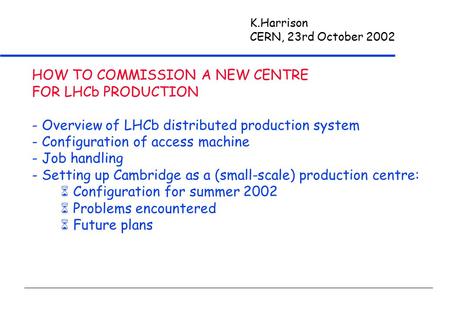 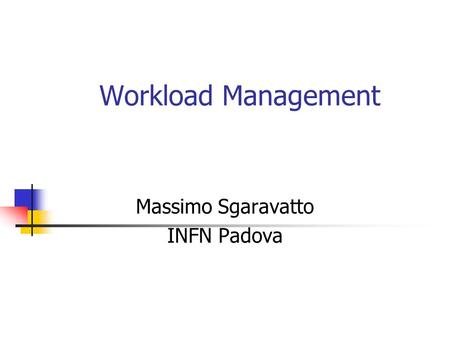 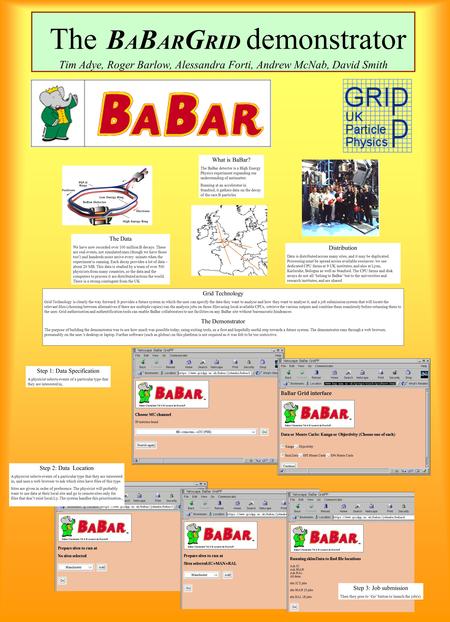 The B A B AR G RID demonstrator Tim Adye, Roger Barlow, Alessandra Forti, Andrew McNab, David Smith What is BaBar? The BaBar detector is a High Energy. 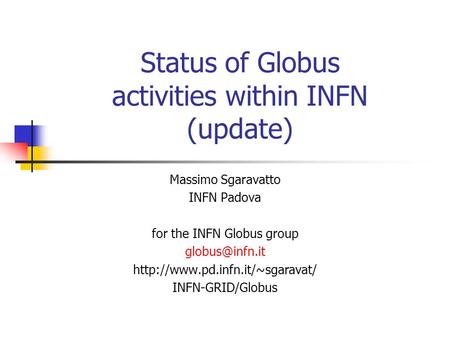 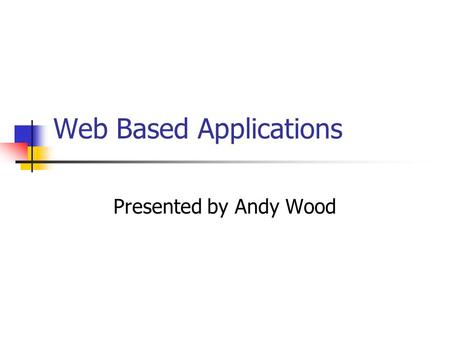 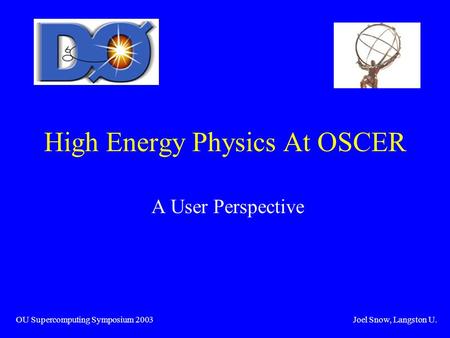 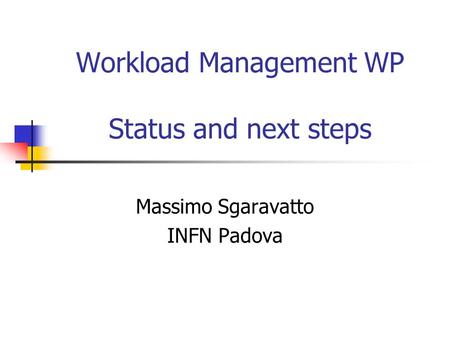 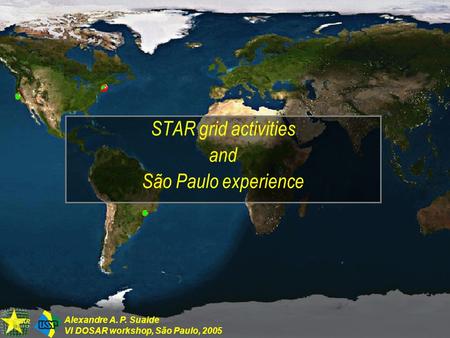 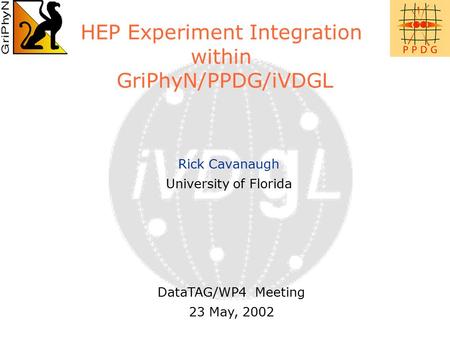 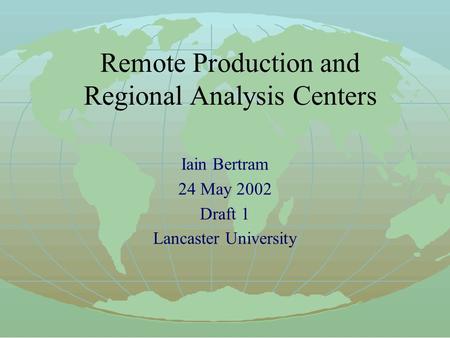