Presentation on theme: "Change of State. The 3 Basic States of Matter What about Plasma?"— Presentation transcript:

2 The 3 Basic States of Matter

5 Latent Heat & Change of State Adding or removing heat does not always result in a change of temperature. During a change of state, the heat added is called latent heat because there is no change in temperature. Latent means "hidden".

6 Melting When a solid is melting the heat energy added is building up the energy of the molecules so they can break free of the forces holding them together.

7 Evaporation or Boiling Similarly, when liquids are turning to gases the heat energy increases the energy of the molecules so they get further apart and become gas molecules.

13 Latent Heat Formula Latent heat can be calculated using the following formula: Q = m  H where Q = the quantity of heat in Joules (J) m = the mass of the material in g  H = the latent heat of the substance in J/g

15 Latent Heat Applications Water has one of the highest latent heat of fusion values of all substances and therefore has several applications. 1. Picnic Coolers The heat required to melt the ice comes from the food or drinks in the cooler. Since heat leaves the food, it gets cold. 2. Preventing Frost Damage When a frost is predicted, farmers will turn on the water sprinklers. As the water falls on the plants and starts to freeze, heat is released to the surroundings and plants. The heat helps the plants stay warm enough to prevent damage. This only works when the temperature does not drop much below freezing.

16 Latent Heat Applications 3. Cooling Off When Wet You can cool off your body by just coming out of a shower or swimming pool if you do not dry off with a towel. When you are wet, heat from your body is used to vaporize the water. Because heat leaves your body, you feel cool. If you don't want to cool off, just dry yourself well with a towel. 4. Avoid Steam Burns When steam condenses it releases heat to the surroundings. Then the condensed water cools from 100°C to 37°C (body temperature), so even more heat is released and absorbed by the skin. That's why a steam burn is much worse than a burn from boiling water.

Download ppt "Change of State. The 3 Basic States of Matter What about Plasma?" 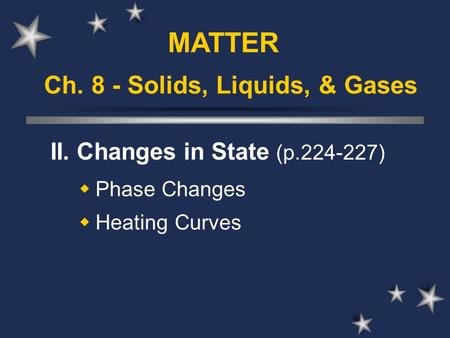 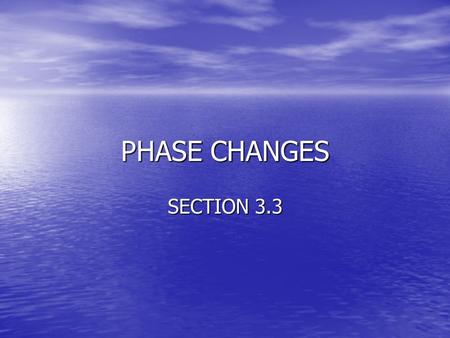 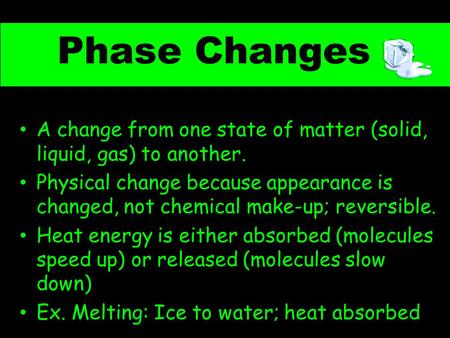 Phase Changes A change from one state of matter (solid, liquid, gas) to another. Physical change because appearance is changed, not chemical make-up; reversible. 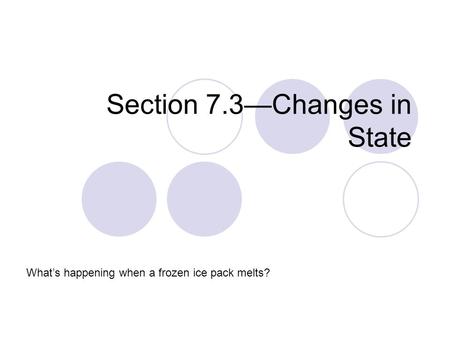 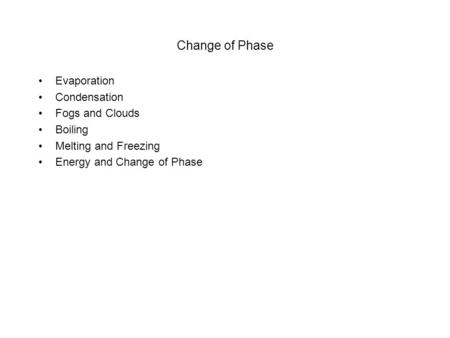 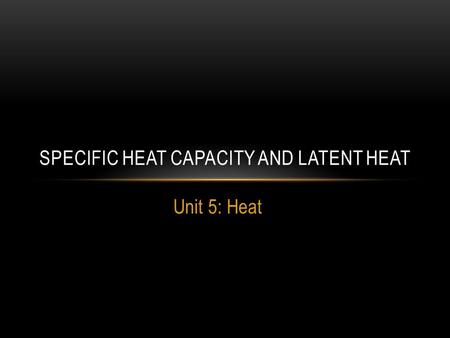 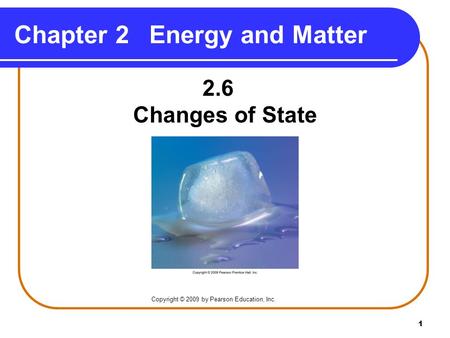 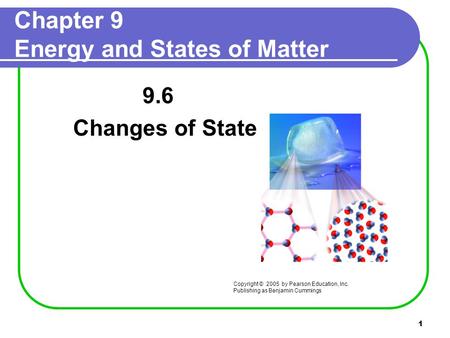 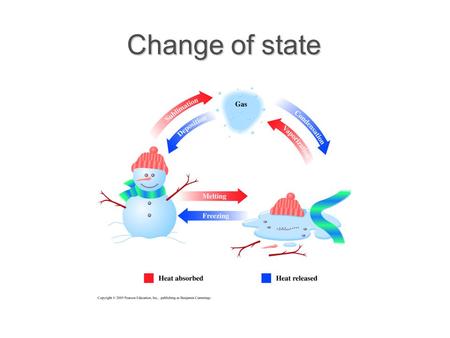 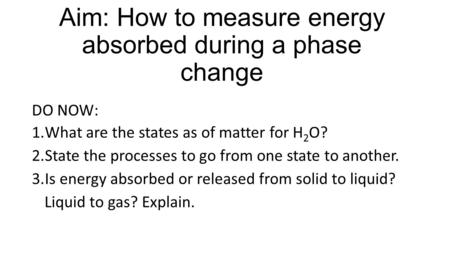 Aim: How to measure energy absorbed during a phase change 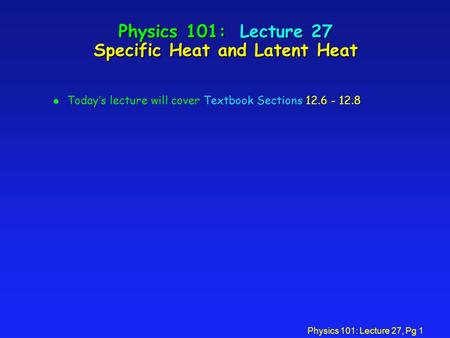 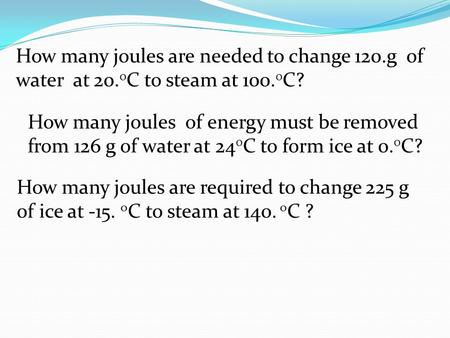 How many joules are needed to change 120.g of 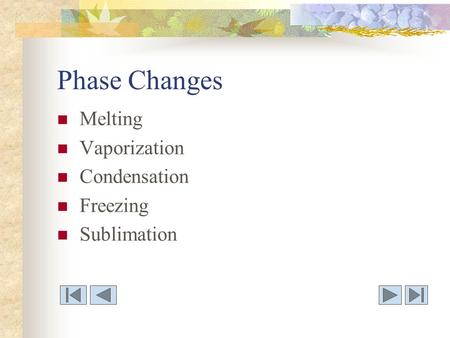 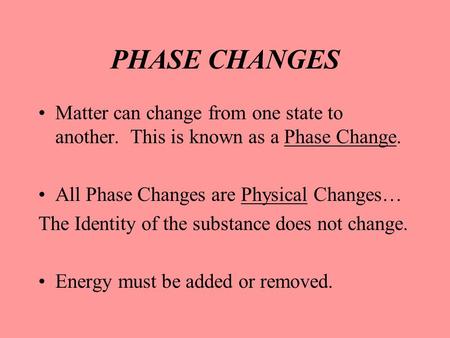 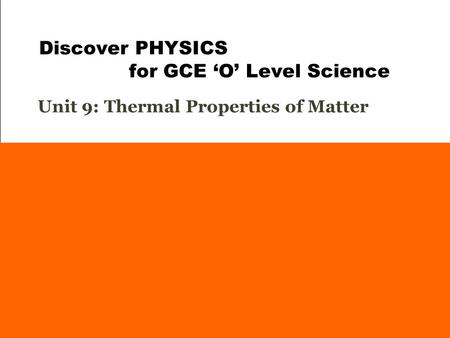 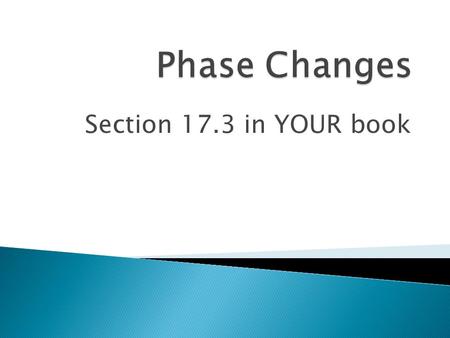 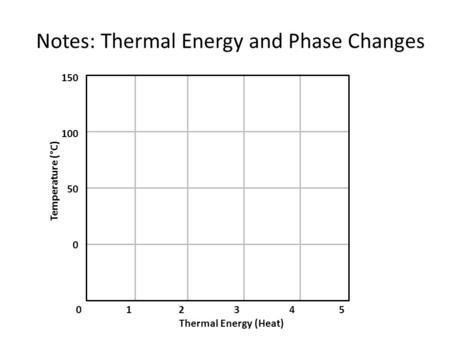 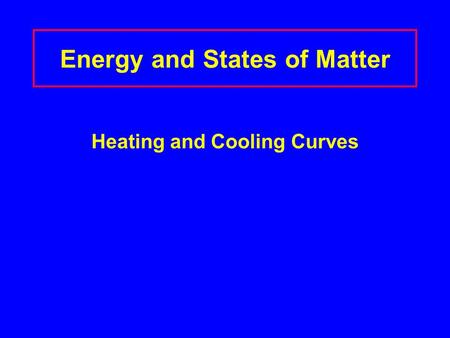 Energy and States of Matter Heating and Cooling Curves. 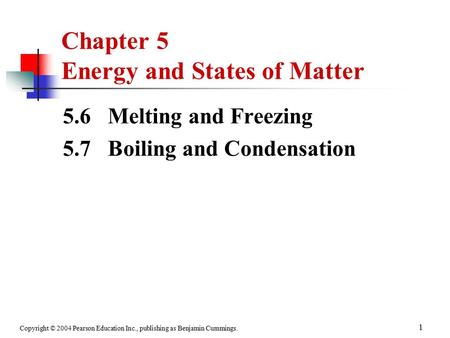 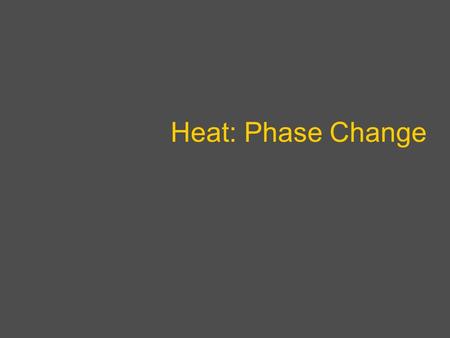