3 Force Force (F) - A push or a pull on an object
An ‘influence’ or ‘interaction’ Net Force (Fnet) – Total Force on an object Forces in opp directions will subtract, forces in same direction will add

4 Combining Forces – Net Force
Multiple forces may be acting on an object at the same time, the Net Force is the combination (resultant) of all these forces.

7 Balanced Forces Forces in each direction cancel each other
Net force of ZERO If forces are balanced, object is in equilibrium Object is either AT REST, or AT A CONSTANT VELOCITY

11 Gravity Force that acts between any two masses
Only significant when one of the objects is very large (Earth, Sun, etc.) Pulls objects together (attractive force) Force of Gravity is also called weight Acts downward toward center of Earth Used balanced by some other force Support force from ground, chair, etc. asdf

15 12.2 Newton’s 1st & 2nd Laws of Motion
Is a force required for motion? Aristotle (300 BC) Proposed that force is required to keep an object moving at a constant velocity Galileo & Newton (1500’s-1600’s) Moving objects are that are not experiencing friction or any other force will continue to move indefinitely Would keep moving forever, if there is no friction Objects have a natural tendency to stay in motion or at rest

16 Newton’s 1st Law of Motion
Objects at rest will stay at rest, objects in motion will stay in motion unless acted upon by an outside force Objects have a natural tendency to resist changes in their motion Inertia – property of matter that resists changes in its motion Mass is a measure of inertia….. More mass, more inertia

23 Why do astronauts float around inside the international space station?
They are falling with the space station around Earth Continuously falling without ever running into anything. Gravity is still pulling them

24 Why do satellites orbit Earth?
Satellites are forced to circle the Earth by the pull of Earth’s gravity. To orbit a satellite must be travelling at a very fast speed! Around 17,000 mph or faster Satellites are falling around the Earth Objects in orbit feel weightless Not actually weightless

26 Action & Reaction Action forces produce the interaction, and the reaction force must be in existence at the same time, have the same size, and be opposite in direction You apply a 10 N eastward force to wall, wall applies a 10 N westward force to you

27 Stuck in Space?? An astronaut in space…not moving with just a spacesuit on and he’s not tethered to the ship. If he is only a few meters away from his ship and there are no other people to help him how could you get back to his spaceship? Oh No!!

28 What’s really pushing you?
To accelerate you need an outside force…. You cannot apply a net force to yourself! Something outside of you needs to push you in order to move/accelerate The astronaut in the previous slide need his tool to push him.

29 Should always be able to identify each action/reaction
x

39 Law of Conservation of Momentum
The total amount of momentum in a system must stay constant unless an outside net force acts Internal forces cannot change momentum Collisions If no outside forces…. Momentum is only exchanged between objects never lost Recoil from gun

41 12.4 Universal Forces There are four fundamental forces that exist in the universe that can act across a distance (push/pull things without touching) Strong Nuclear Force Acts on neutrons and protons in the nucleus of an atom to hold them together Electromagnetic Force Holds electrons to the positively charged nucleus Weak Nuclear Force Responsible for radioactive decay Gravity Attractive force that acts between any two masses Every object in the universe attracts every other object 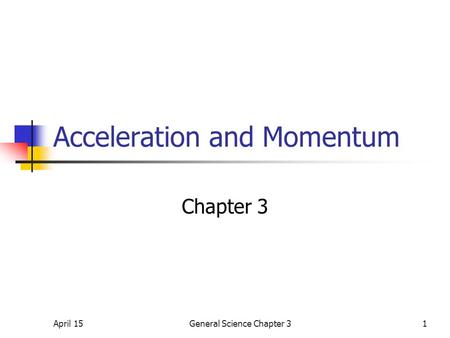 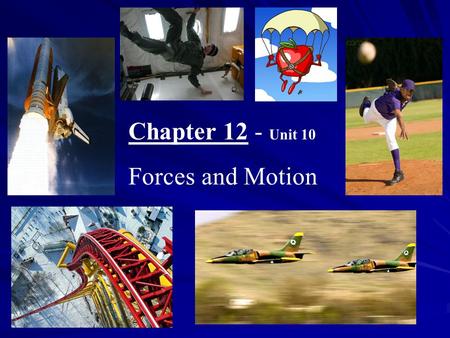 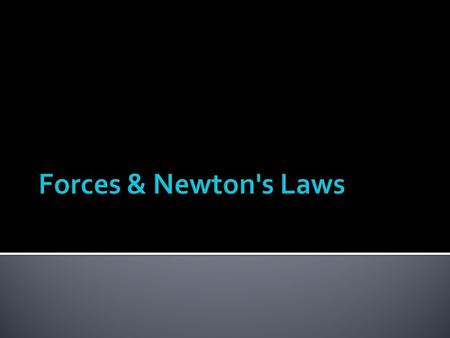 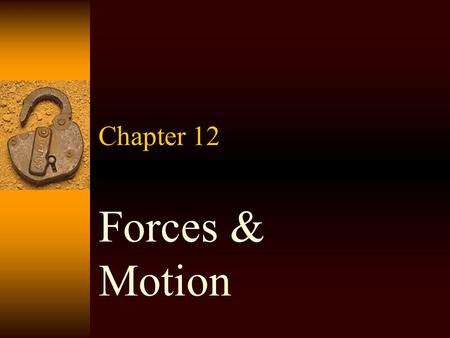 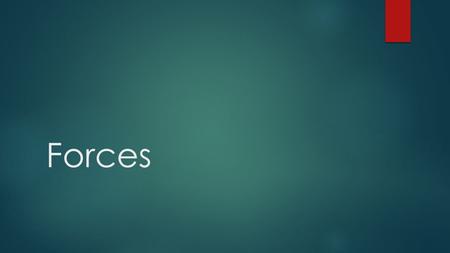 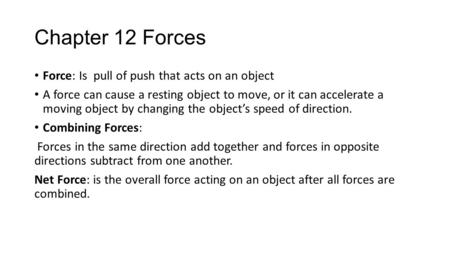 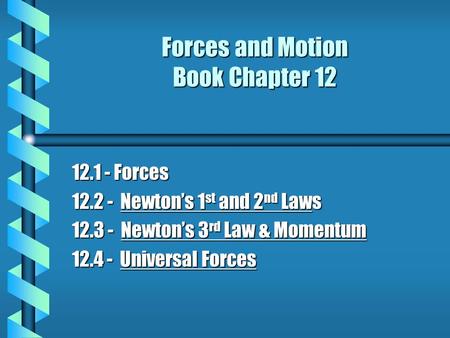 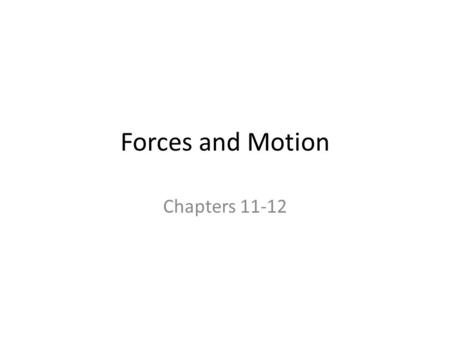