2 History of the Plague Plague was the cause of some of the most horrific epidemics in history. The bubonic plague bacillus was discovered by Alexandre Yersin, a Swiss-born, French bacteriologist. When it was found it was know as Pasteurella pestis, but is now called Yersinia pestis. During the 14th century, nearly one-third of Europe’s population died. These casualties were caused by the disease behind the Black Death. A wave of anxiety also rose in because of the dangerous Plague in Asia in the late 19th...

3 What it is Plague is caused by the bacterial disease Yersinia pestis. Plague is divided into three main types: bubonic, septicemic and pneumonic, depending on which part of your body is involved. Signs and symptoms vary depending on the type of plague.

5 Statistics Plague is very rare in the United States. There are on average 7 cases of the plague reported each year. Mainly in rural areas of the Southwest. 80% of those plague cases are bubonic plague.

6 Bubonic Plague Bubonic plague is the most common variety of the disease. It's named after the buboes (swollen lymph nodes), which typically develop within a week after an infected flea bites you. Signs of plague can be found in the groin, armpit or neck. They are about the size of a chicken egg, and are tender or warm when touched. Other symptoms may include: Sudden feelings of fever and chills Headache Fatigue or malaise Muscle aches

8 Septicemic Plague Some symptoms include: Fever and chills
Abdominal pain, diarrhea and vomiting Bleeding from your mouth, nose or rectum, or under your skin Shock Blackening and death of tissue (gangrene) in your extremities, most commonly your fingers, toes and nose Septicemic plague occurs when the plague bacteria multiplies in your bloodstream.

9 Pneumonic Plague Pneumonic plague affects the lungs. It is the least common type of plague but the most dangerous. This type of plague progresses quickly and may cause respiratory failure and shock within two days of infection. If antibiotic treatment isn't initiated within a day after signs and symptoms first appear, the infection is likely to be fatal. Symptoms and signs can begin within a few hours after infection, and may include: Cough, with bloody sputum Difficulty breathing High fever Nausea and vomiting Weakness

11 A cool Fact! Ring around the Rosy is actually a song about the Black Plague that originated in England. It says, "Ring around the rosy" meaning the red, rosy rings that form around the sores when you are infected. "Pocket full of Posy" resembles the sweet-smelling herbs, called posies, that were placed in peoples' pockets because they thought that bad smells contracted disease. "Ashes, Ashes, we all fall down" is translated to be the massive amounts of death and cremation of bodies during the 14th century in Europe when the disease broke out. 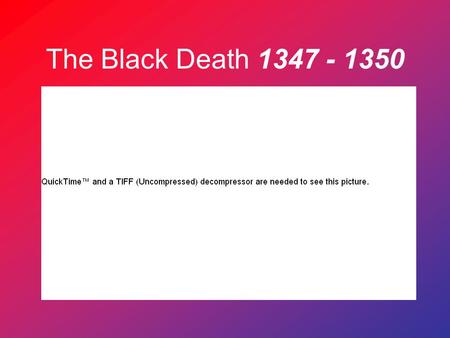 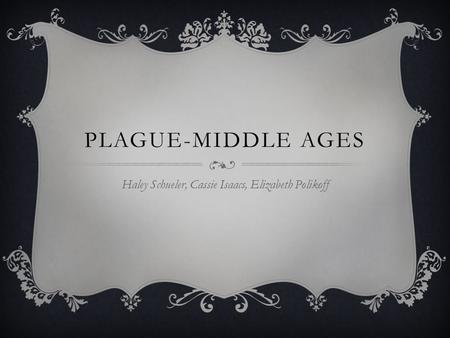 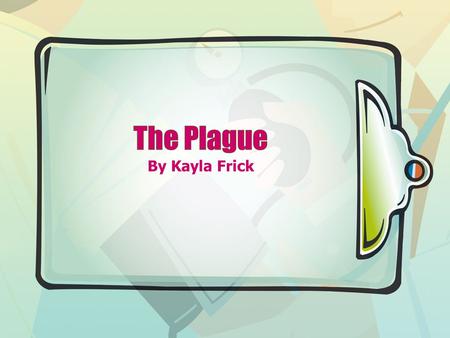 The Plague By Kayla Frick. 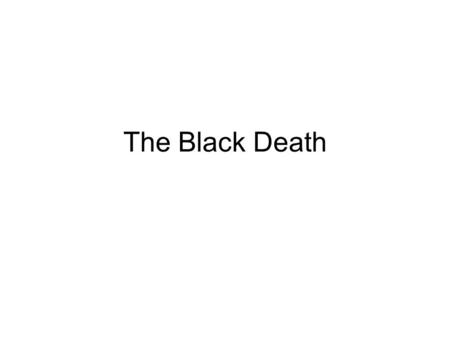 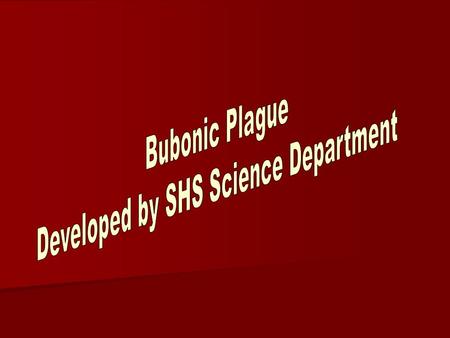 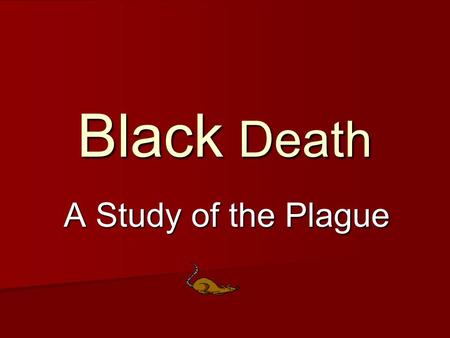 Black Death A Study of the Plague. 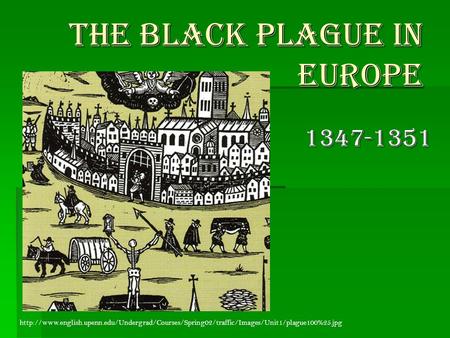 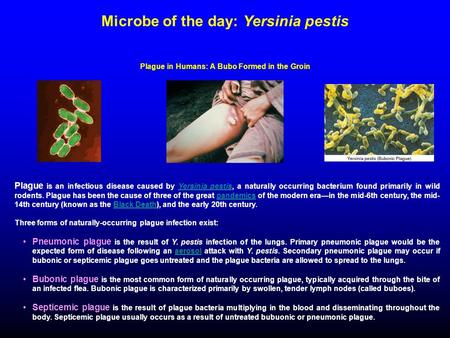 Plague in Humans: A Bubo Formed in the Groin 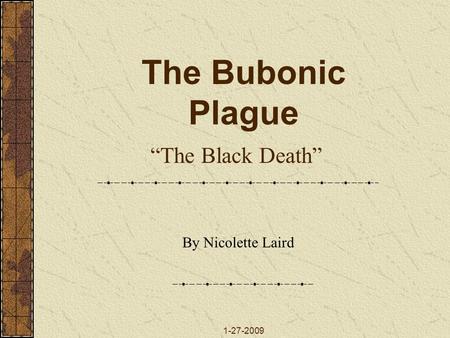 The Bubonic Plague “The Black Death” By Nicolette Laird 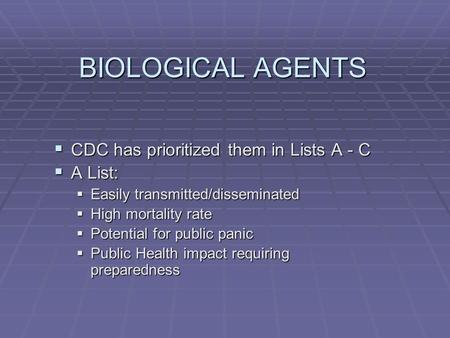 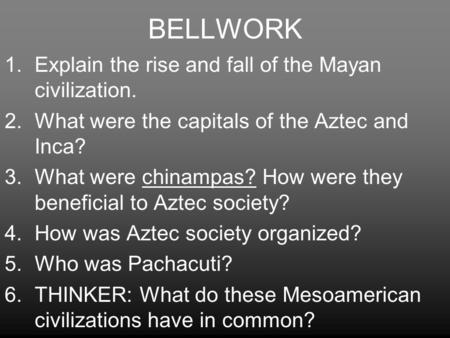 BELLWORK 1.Explain the rise and fall of the Mayan civilization. 2.What were the capitals of the Aztec and Inca? 3.What were chinampas? How were they beneficial. 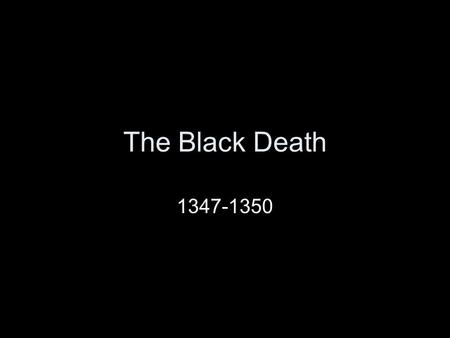 The Black Death How the Plague Arrived Estimated to be some time during the summer of 1348 in Europe. By the fall it spread throughout the. 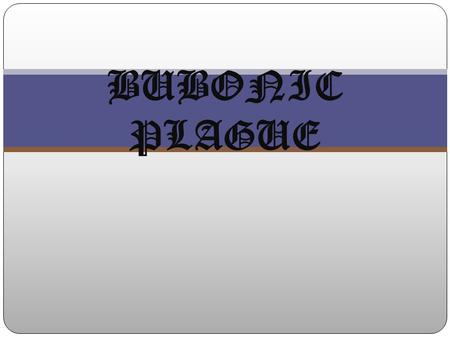 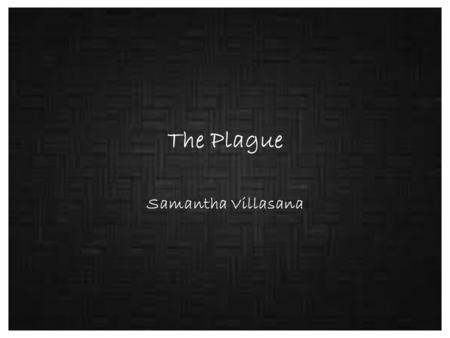 The Plague Samantha Villasana. The Start The plague did not spread once, but many times over centuries. The plague also referred to as as the Black Death. 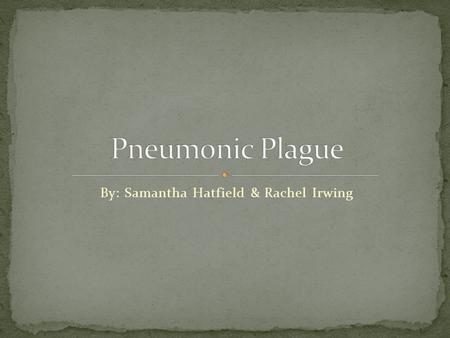 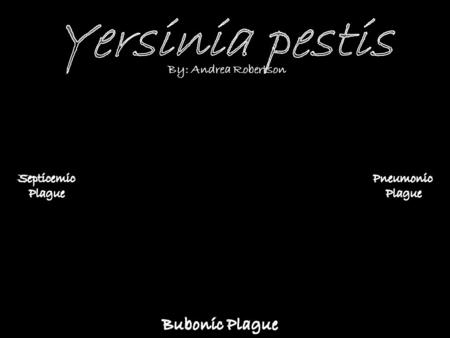 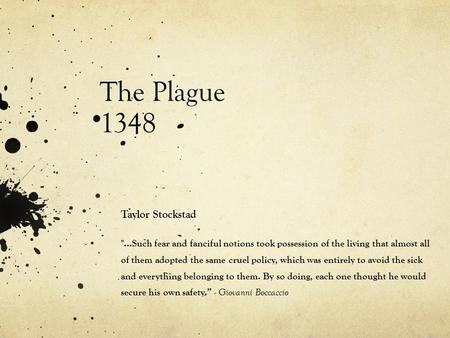 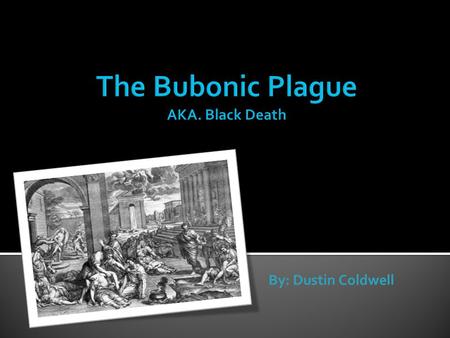 The Bubonic Plague AKA. Black Death 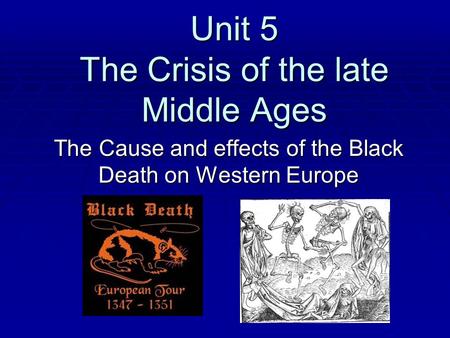