5 Barossa Valley Home to some of the oldest continuously producing vineyards in the world History of grape growing and winemaking dating back to 1842 Incorporates both Barossa Valley and Eden Valley, making it one of the only areas with warm and cool climate growing conditions Renowned for Shiraz – winning accolades around the globe Other varieties such as Grenache, Cabernet Sauvignon, Mataro (Mourvedre), Riesling and Semillon Riesling has gained an enviable reputation Characteristic crisp citrus flavors 2 types of soils: brown, loamy sandy to clay loam and sandy light-brownish grey to dark grey brown soils

6 Clare Valley Settled in the 1840’s One of the coolest mainland wine-growing regions in Australia Most famous for crisp, complex Rieslings –Said to rival the great Rieslings of Mosel in Germany and Alsace Principal red varieties: Cabernet Sauvignon and Shiraz Wines are rapidly gaining an international reputation Series of valleys and uplands with considerable variation in topography and microclimate –cool to cold nights and warm to hot summer days. –Soil structure varies throughout the valleys from red clays and sandy loams to the red loams over limestone Producing only 3% of Australia's total grape crush Wins 20% of the wine awards available to Australian vineyards every year 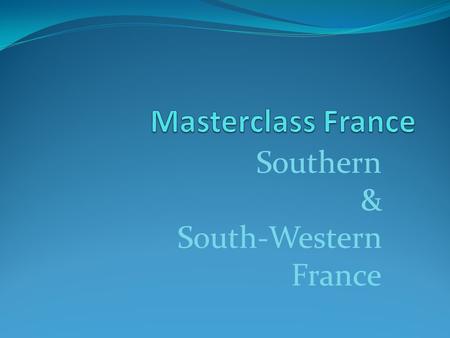 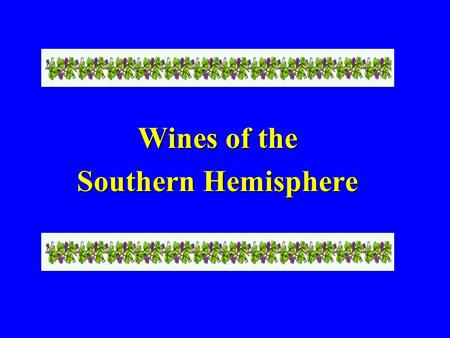 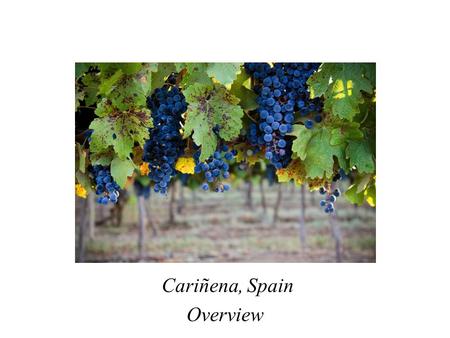 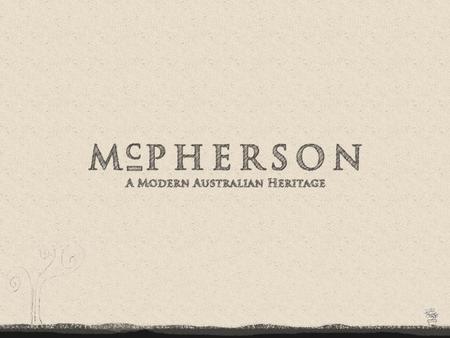 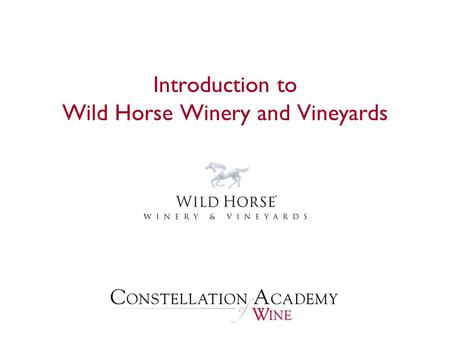 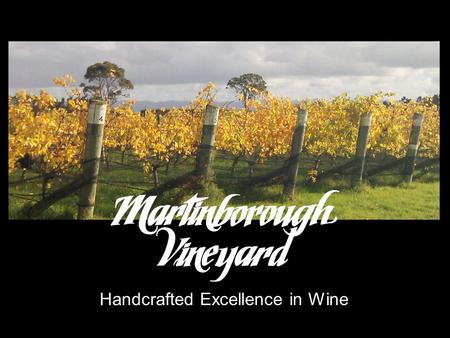 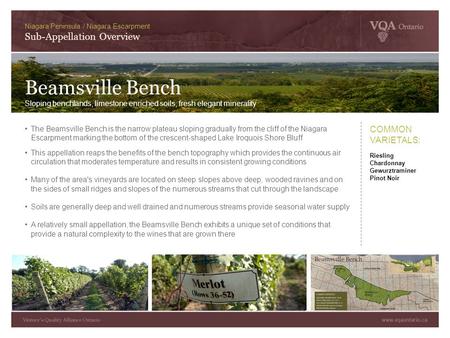 The Beamsville Bench is the narrow plateau sloping gradually from the cliff of the Niagara Escarpment marking the bottom of the crescent-shaped Lake Iroquois. 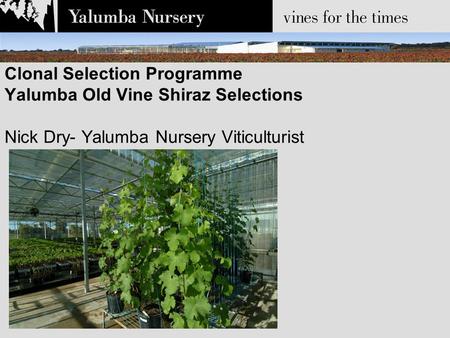 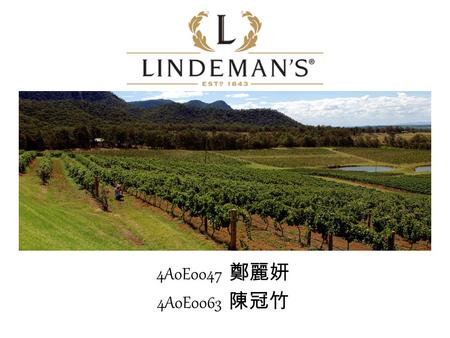 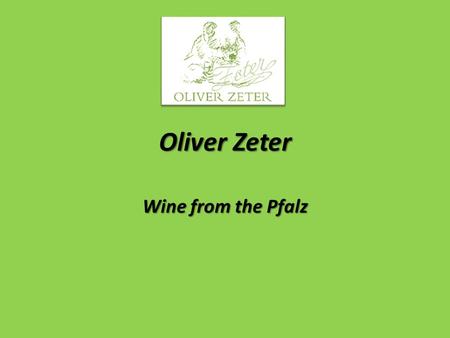 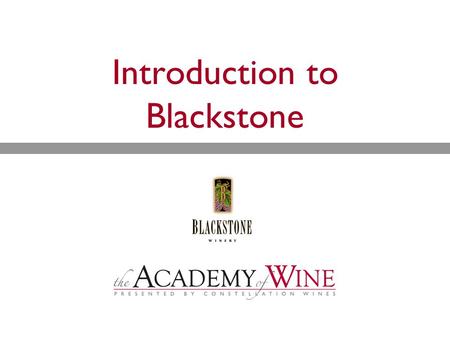 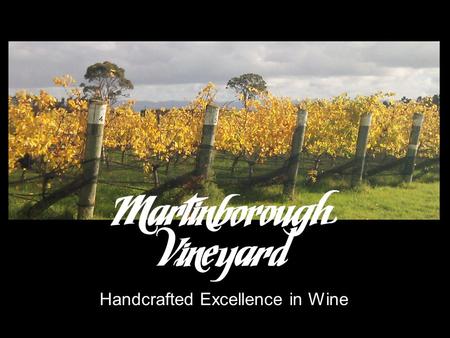 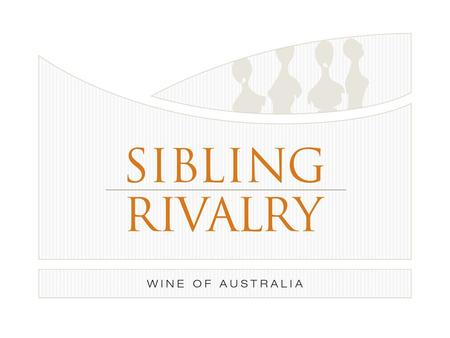 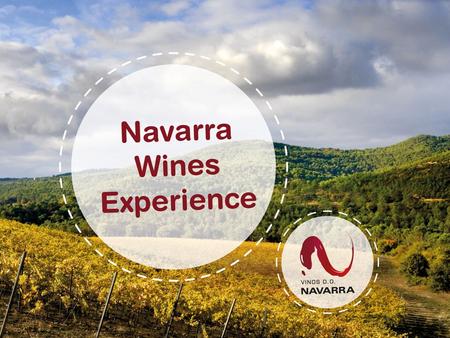 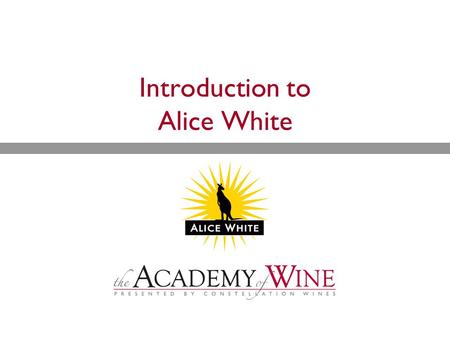 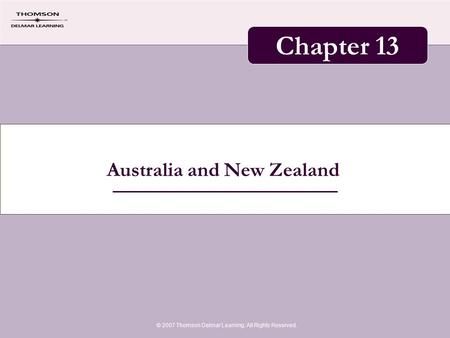 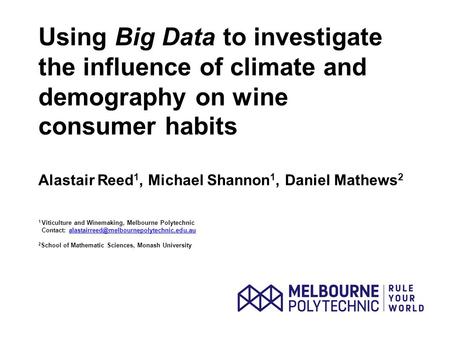 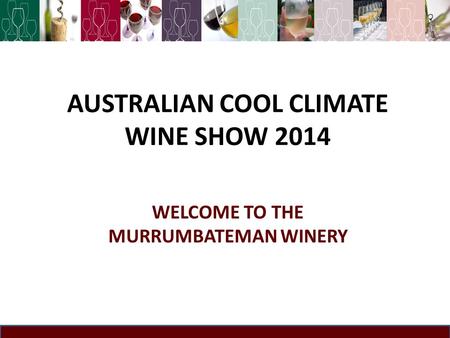 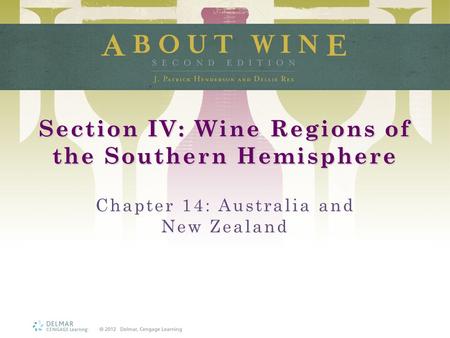 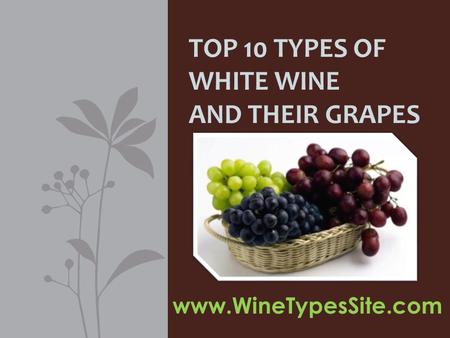 Top 10 Types of White Wine and Their Grapes