12 Is some sort of clustering the answer?
WIS-Overview 101 Problems & Issues 11 April 2017 Huge catalogue (initially 100k records, but can grow to >1m) leads to potentially prohibitively big search results Large search results need to be visualized appropiately Browsing can help, but needs automatic partitioning Is some sort of clustering the answer? Different communities have different search behaviour Experts search for « precipitation », laymen for « rain » Ontologies might help, but Impossible to agree one ontology => intelligent search algorithms needed Existing centres within WMO Member States may apply for designation as one of the three types of WIS Centers. So far, WMO Members have proposed 13 candidate GISC's and about 110 candidate DCPC's. The final number of designated WIS Centres will likely be over 300. To be officially designated as a WIS Centre requires a demonstrated capability to implement the WIS Compliance Specifications There are specific procedures for having a candidate WIS Centre endorsed by WMO Expert Teams. October 2011 WIS Overview 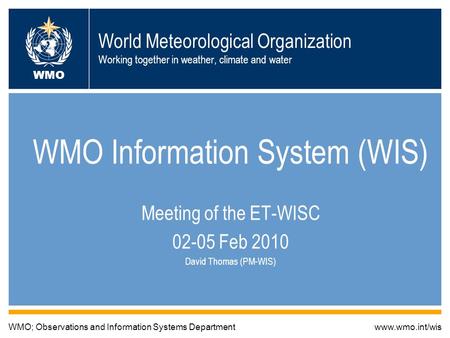 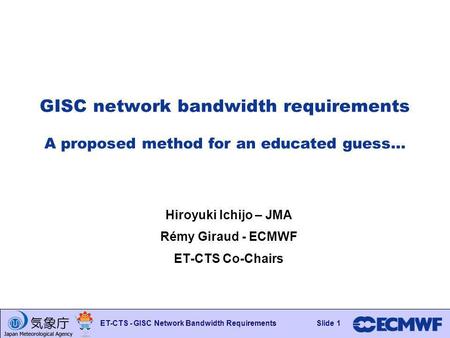 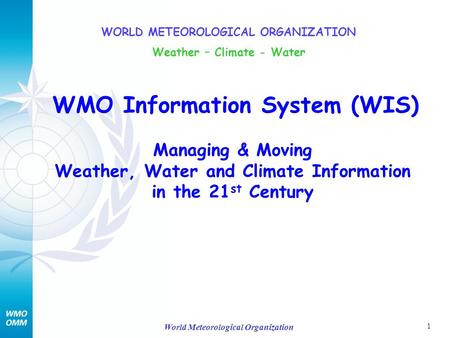 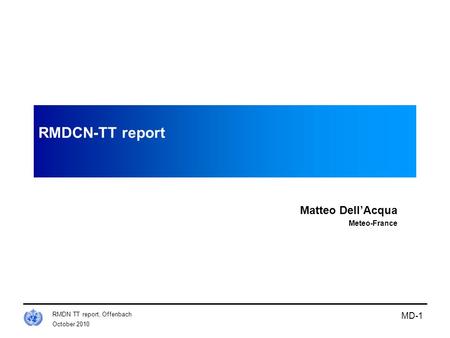 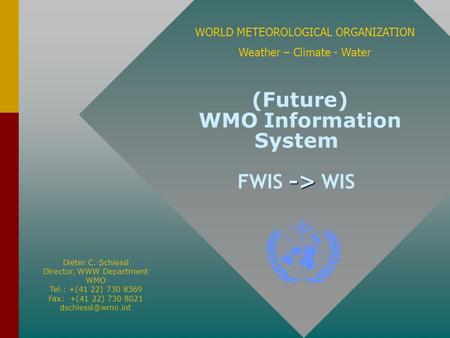 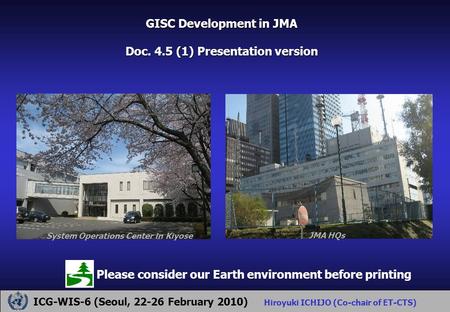 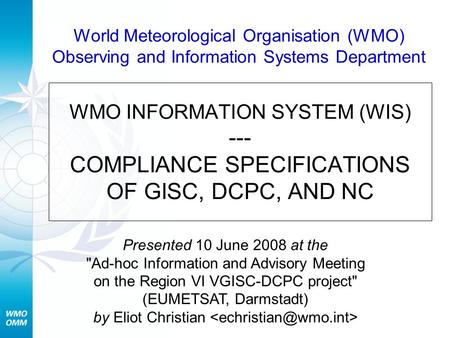 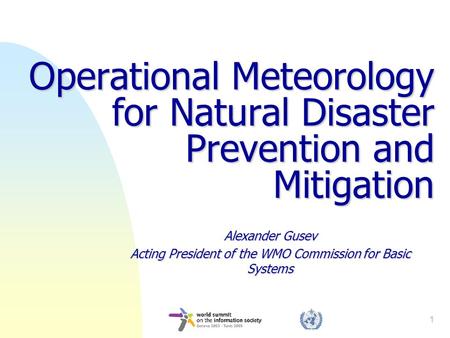 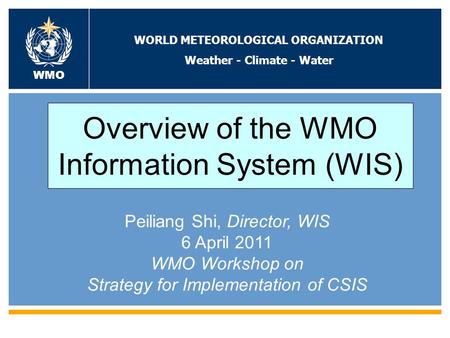 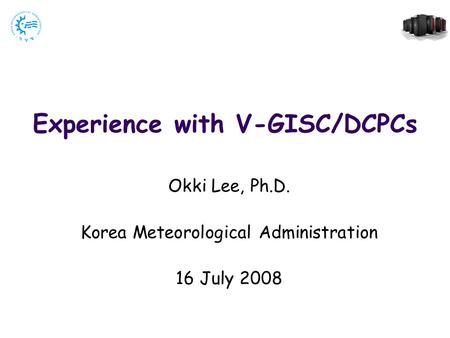 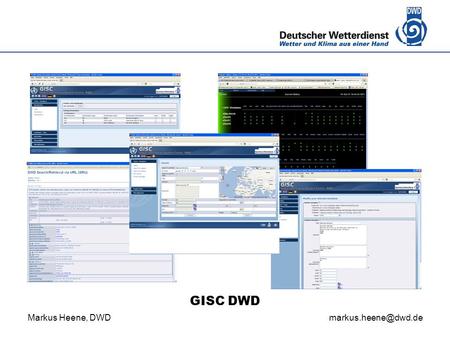 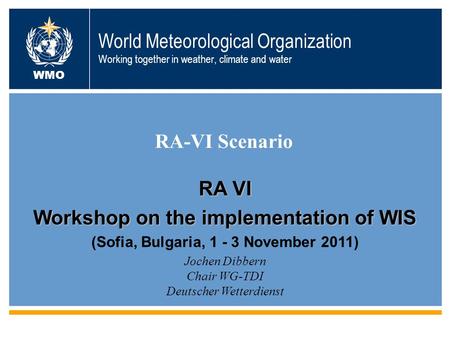 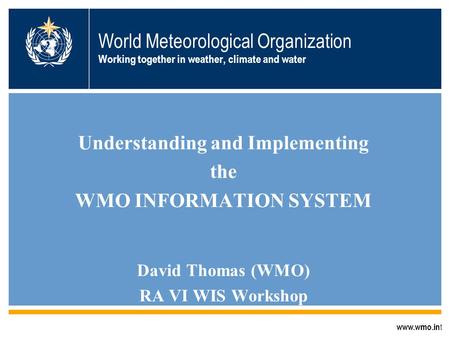 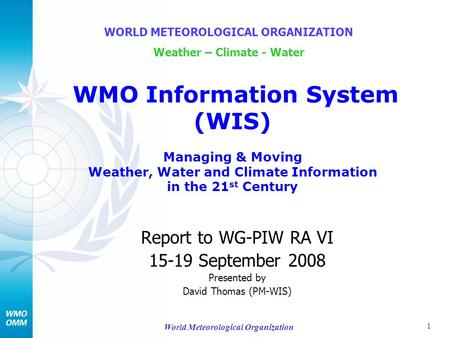 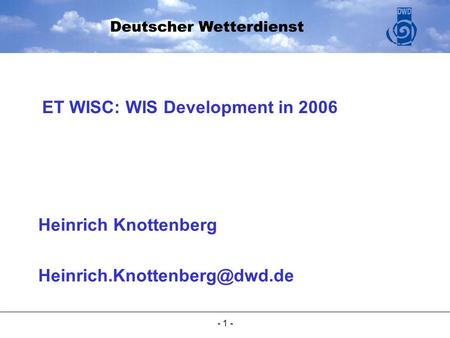 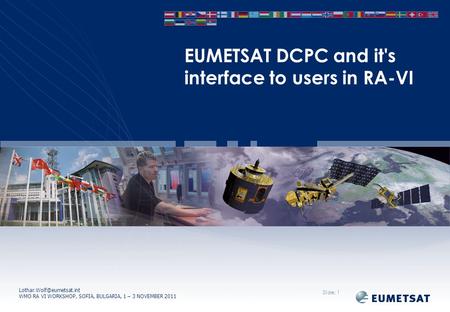 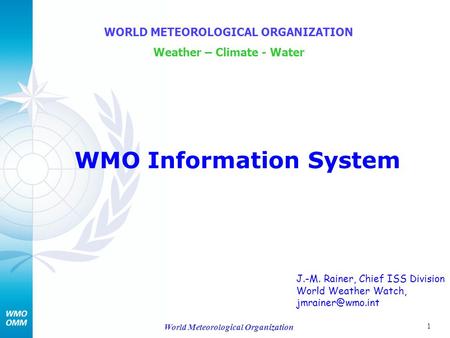 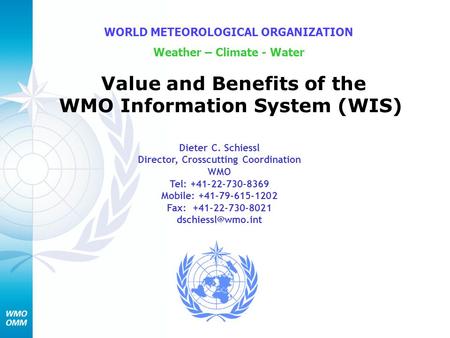 Value and Benefits of the WMO Information System (WIS) 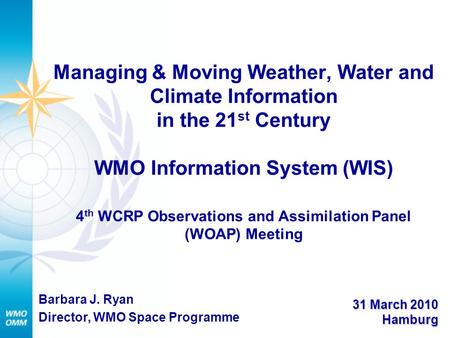 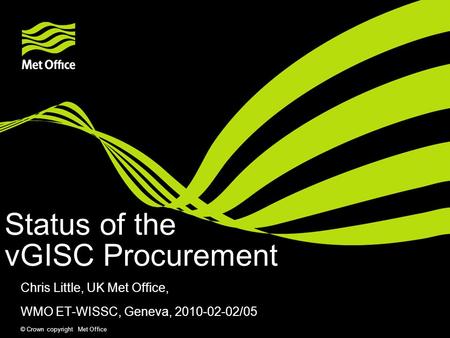