3 Roles of Microbes in Ecosystems Nitrogen Fixers: Bacteria which remove nitrogen as from the atmosphere and fix it into nitrates which are usable by producers.

4 Roles of Microbes in Ecosystems Decomposers: Breakdown detritus (organic molecules) and release inorganic nutrients back into the ecosystem

6 Microbes in Nitrogen Fixation Mutalistic: Rhizobium lives in symbiosis with legumes (its root nodules) and fixes nitrogen for them Free-living: Azotobacter fixes nitrogen and lives freely in the soil without a host

11 Consequences of Raw Sewage Exposure Raw sewage consists of organic matter and may contain pathogens, which are dangerous if drunk/bathed in => amount of saprotrophs increase to break down organic matter => a biochemical oxygen demand (BOD) occurs due to high levels of oxygen used =>deoxygenation of water => oxygen-dependent organisms are forced to emigrate/die => death and decay => decomposition => ammonia, phosphorus and minerals released => nitrification => eutrophication occurs due to high nutrient levels => algae proliferate => provided no algal bloom occurs, the rivers recovers eventually

13 Algae Growth and Fertilizer High and excess nitrates and phosphates fertilize the algae in water Increased growth of algae (algal bloom) Algae decomposed by aerobic bacteria which use up oxygen in water, resulting in deoxygenation The high use of oxygen is called biochemical oxygen demand (BOD)

14 Trickling Filter Bed Bed of stones 1-2 meters wide A biofilm of aerobic saprotrophs are on the rocks, which feed on organic mater, cling to the stones and act on the sewage trickled over (this is done to aerate the sewage), until it is broken down. Cleaner water trickles out the bottom of the bed to another tank where the bacteria are removed and hte water treated with chlorine to disinfect

18 Biomass Biomass (organic matter) can be used as raw material for the production of fuels such as methane and ethanol. Examples include manure and cellulose.

21 Generation of Methane from Biomass Conditions Required: No free oxygen (anaerobic) Constant temperature of about 35°C pH not too acidic 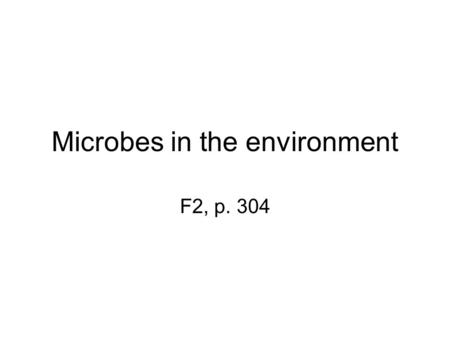 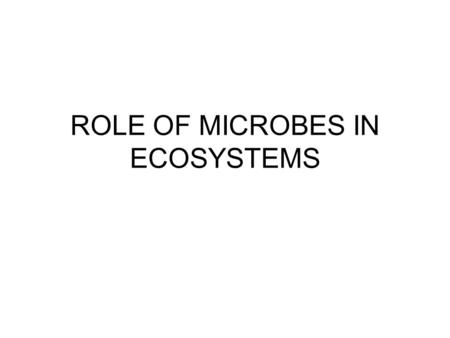 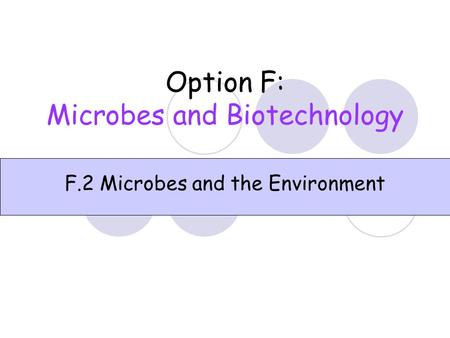 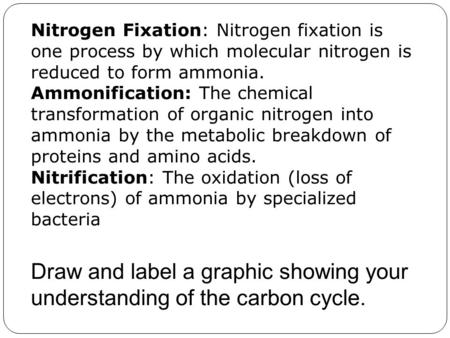 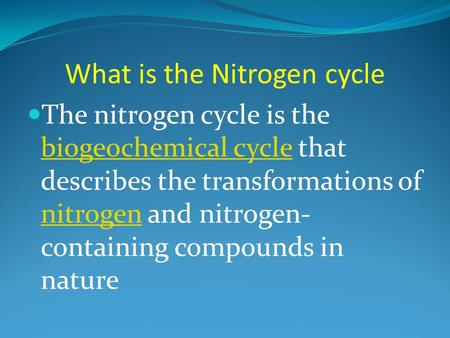 What is the Nitrogen cycle The nitrogen cycle is the biogeochemical cycle that describes the transformations of nitrogen and nitrogen- containing compounds. 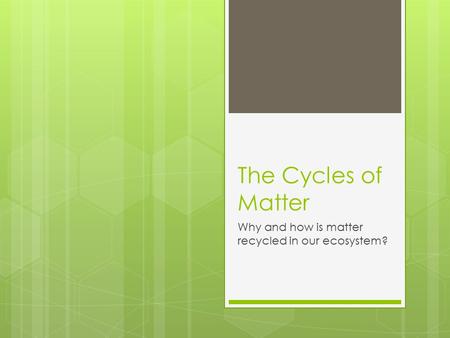 Why and how is matter recycled in our ecosystem? 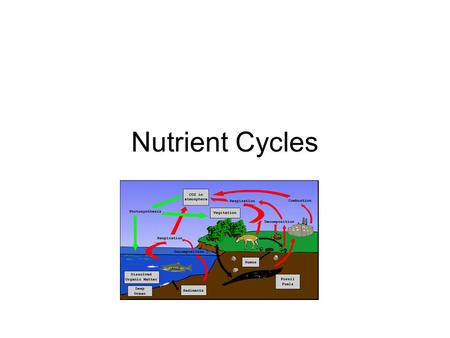 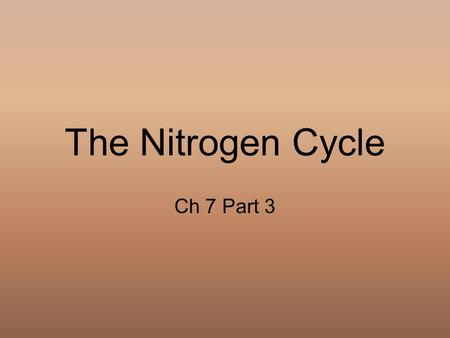 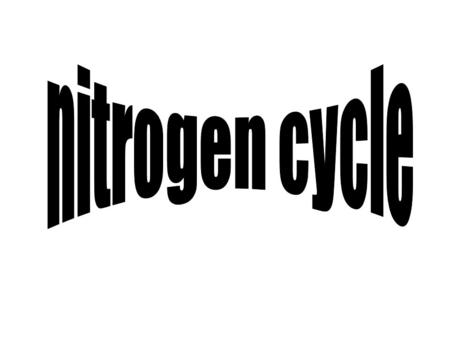 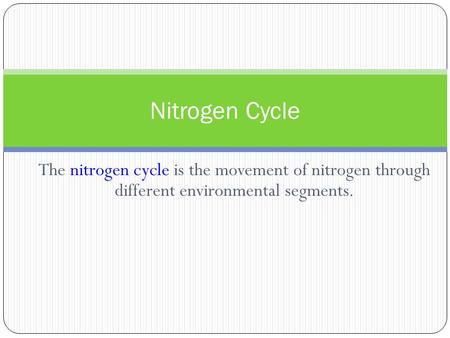 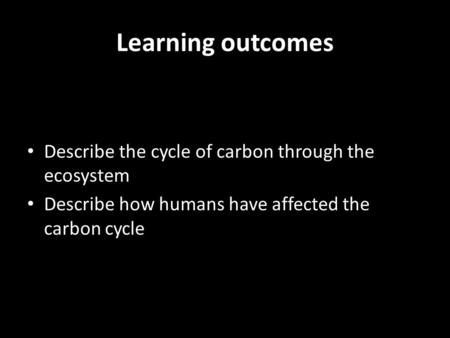 Learning outcomes Describe the cycle of carbon through the ecosystem Describe how humans have affected the carbon cycle. 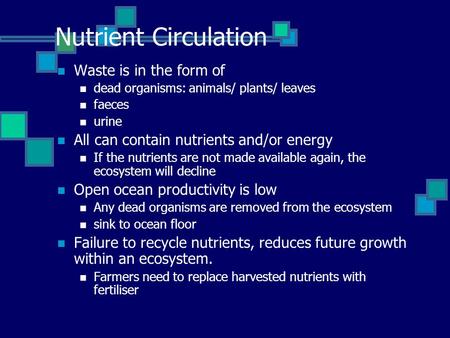 Nutrient Circulation Waste is in the form of dead organisms: animals/ plants/ leaves faeces urine All can contain nutrients and/or energy If the nutrients. 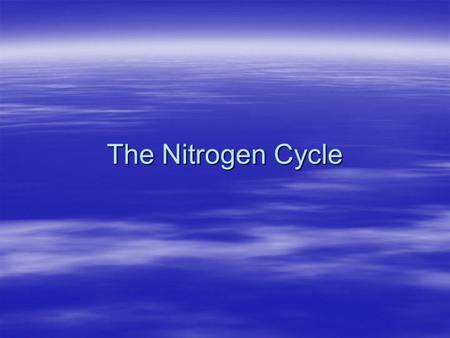 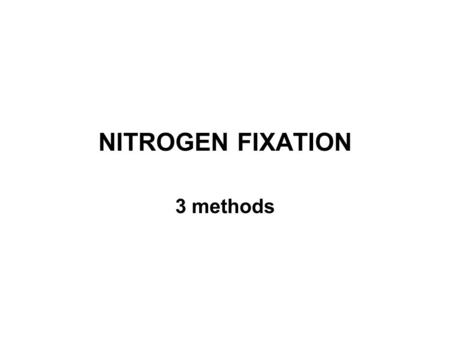 NITROGEN FIXATION 3 methods. 1.LIGHTENING a. high temps cause nitrogen & oxygen to for nitrogen monoxide b. this is oxidized by oxygen to form nitrogen. 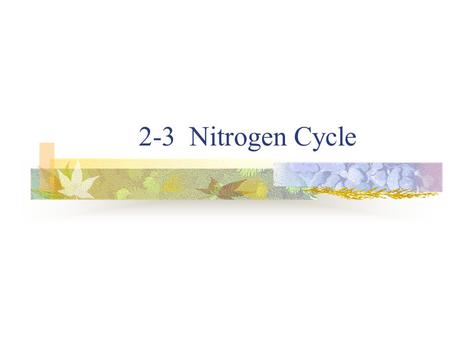 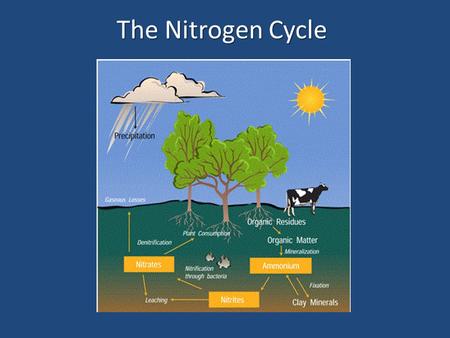