7 $300 Question from H1 The method of breeding most dogs are Breed from, trying to maintain a desirable Trait.

9 $400 Question from H1 The term for breeders increasing The genetic variation of a population.

11 $500 Question from H1 Polyploidy creates new types of organisms That are larger and stronger than their diploid Relatives in what organism?

17 $300 Question from H2 What shows DNA polymerase where to Start copying DNA in PCR?

19 $400 Question from H2 What is the named referred to the overlapping Ends that bind to their complementary parts When DNA is cut?

21 $500 Question from H2 What is used to separate the double Stranded DNA in PCR?

25 $200 Question from H3 This gene makes it possible to distinguish Bacteria that carry the plasmid from those that don’t.

27 $300 Question from H3 Before recombinant DNA can be combined It first needs to be..

31 $500 Question from H3 What is difference between a clone and An organism made from sexual Reproduction?

32 $500 Answer from H3 Clone- produced from a single cell from an Adult. Genetically identical Sexual reproduction- offspring produced by A sperm and egg cell. Mix of genes

35 $200 Question from H4 How many mice do you need to clone Another mouse?

39 $400 Question from H4 How is mitochondrial DNA passed on?

41 $500 Question from H4 Why does DNA fingerprinting work To be able to identify one individual from Another?

42 $500 Answer from H4 Each person has sections of DNA that have Little of no function and vary from person To person, except identical twins

43 $100 Question from H5 The study of crime scene evidence

49 $400 Question from H5 Give an example of how GMO are beneficial?

53 Final Jeopardy Suppose a recombinant DNA plasmid containing A gene for resistance to ampicillin was inserted Into a bacteria culture. The bacteria’s restriction Enzymes destroyed this recombinant DNA. The culture was then treated with ampicillin. What will happen to the bacteria?

54 Final Jeopardy Answer Ampicillin gene destroyed, so the Bacteria would be killed by the Antibiotic ampicillin 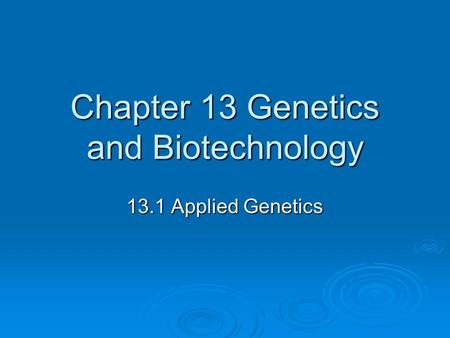 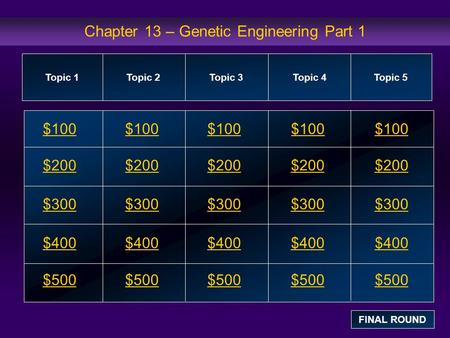 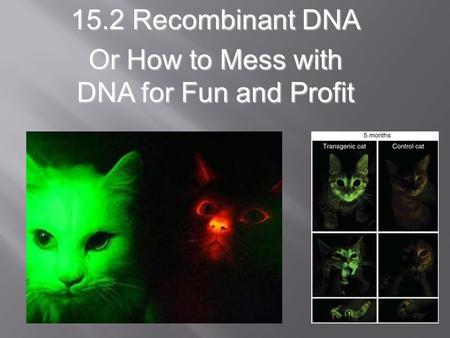 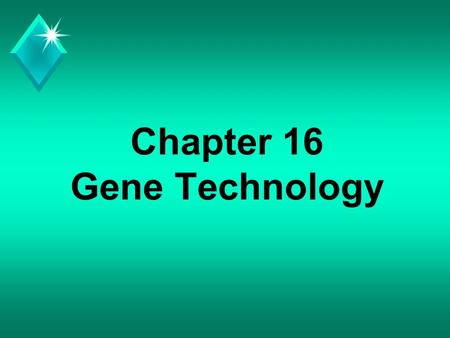