6 Functionalities Supported by HOP Reducers begin processing data as soon as it is produced by mappers, they can generate and refine an approximation of their final answer during the course of execution (online aggregation) HOP can be used to support continuous queries, where MapReduce jobs can run continuously, accepting new data as it arrives and analyzing it immediately. This allows MapReduce to be used for applications such as event monitoring and stream processing

29 Fault Tolerance For instance: j1-reducer & j2-map – As new snapshots produced by j1, j2 re-computes from scratch using the new snapshot; – Tasks that fail in j1 recover as discussed earlier; – If a task in j2 fails, the system simply restarts the failed task. The next snapshot received by the restarted reduce task in j2 will always have a higher progress score than that received by the failed task; – To handle failures in j1, tasks in j2 cache the most recent snapshot received from j1 and replace it when new one comes; – If tasks from both jobs fail, a new task in j2 recovers the most recent snapshot from j1.

31 Monitoring The thrashing host was detected very rapidly—notably faster than the 5-second TaskTracker- JobTracker heartbeat cycle that is used to detect straggler tasks in stock Hadoop. We envision using these alerts to do early detection of stragglers within a MapReduce job. 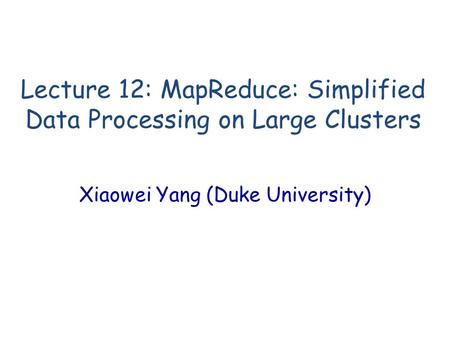 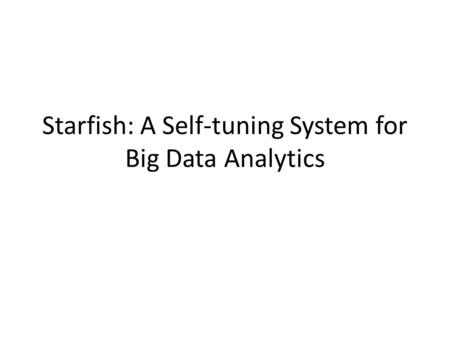 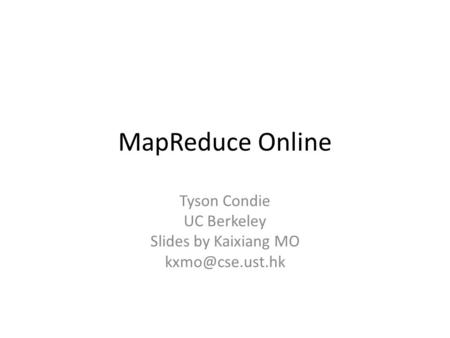 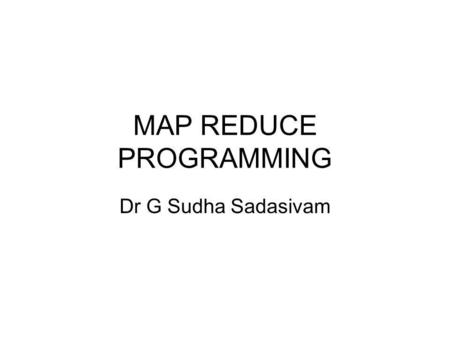 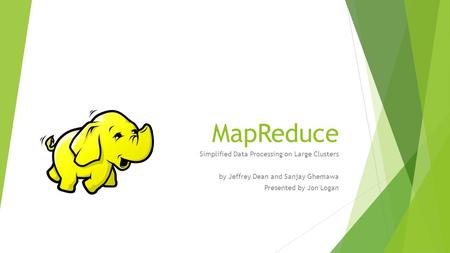 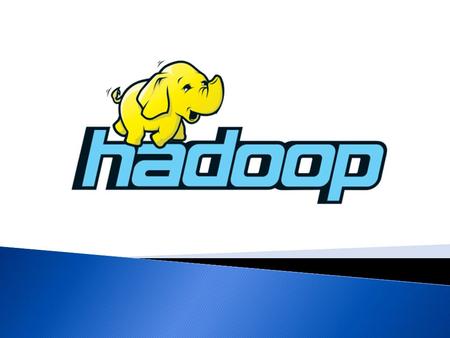 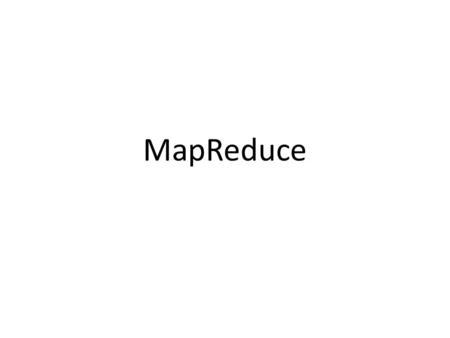 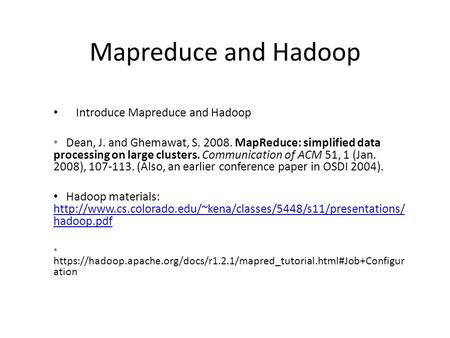 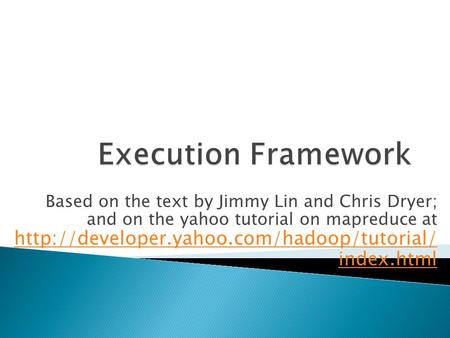 Based on the text by Jimmy Lin and Chris Dryer; and on the yahoo tutorial on mapreduce at index.html 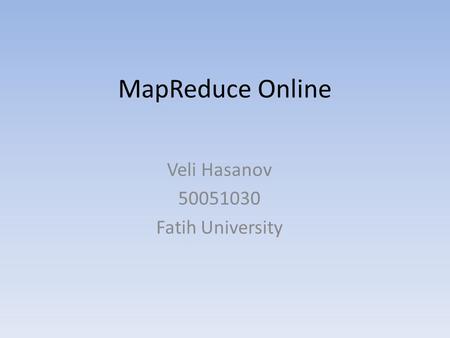 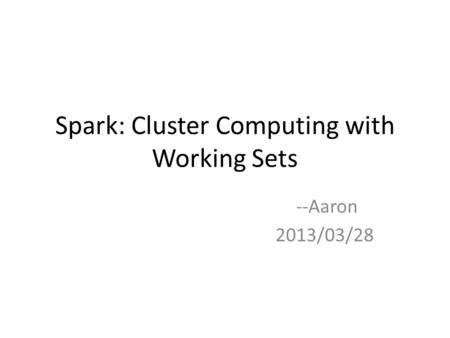 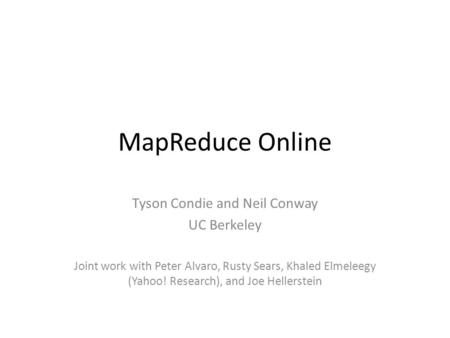 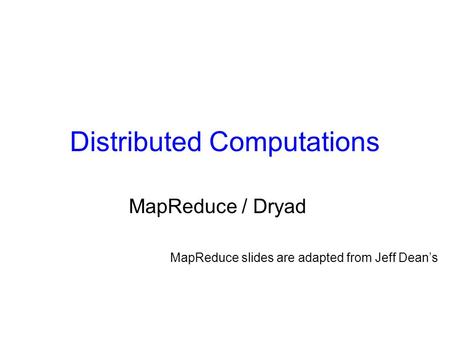 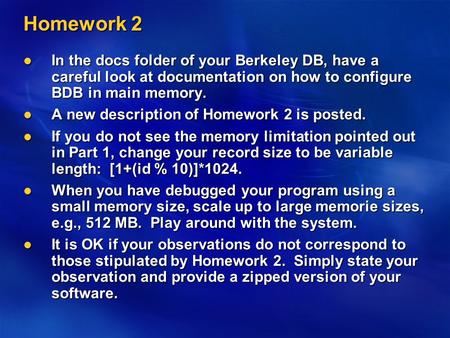 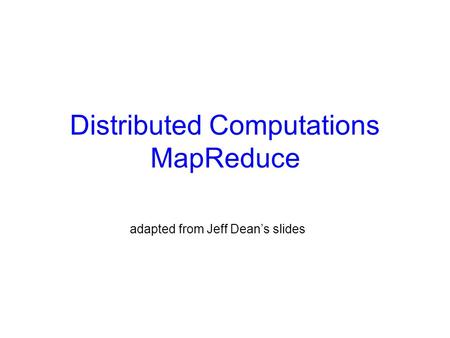 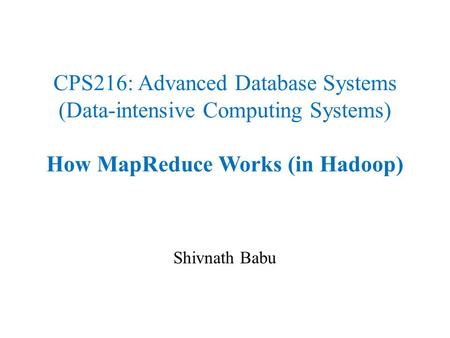 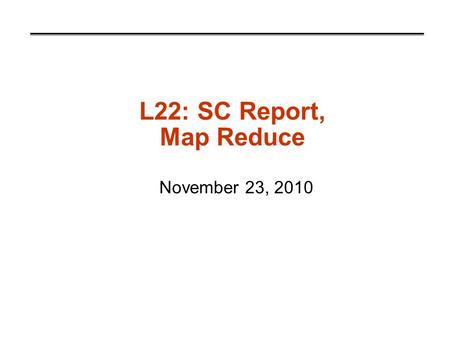 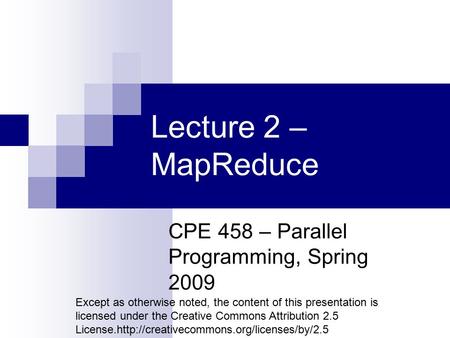 Lecture 2 – MapReduce CPE 458 – Parallel Programming, Spring 2009 Except as otherwise noted, the content of this presentation is licensed under the Creative. 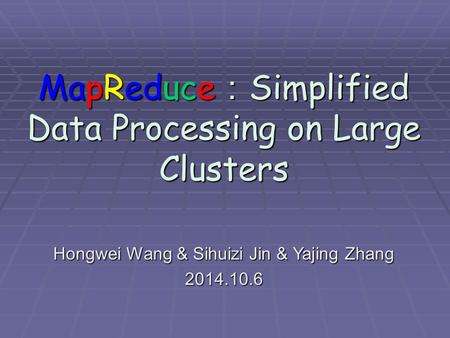 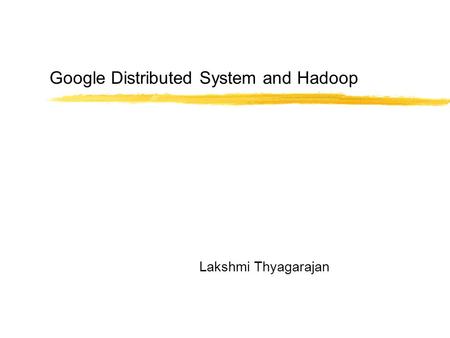