2 1. False 2. Metal cleats are permitted and must be round or rectangular. True or False

3 2. False 3. A coach who calls time, goes out to speak with F6 and then replaces F1, is charged with a defensive conference. True or False

4 3. False 4. A batter-runner who reaches first base safely and then overruns or overslides the base may always return to that base without liability to be put out. True or False

6 5. False 6. A delayed dead-ball situation occurs when the umpire interferes with the catcher who is attempting to throw a non-batted ball. True or False

7 6. True 7. The softball field includes an elevated cement step in front of each dugout. B1 hits a foul fly caught by F3 such that her right foot is on the ground completely in live-ball territory and her left foot is on the elevated cement step with half the foot on the step and the other half over live-ball territory but completely off the ground. What is the result of the play?

10 8. E. The catcher´s box includes the area directly behind home plate, between the batter´s boxes.
9. A runner´s base path is always defined as a direct line between two bases and three feet on either side of that line. True or False

11 9. False 10. In establishing the validity of a catch, the fielder must only hold the ball long enough to prove she has control. True or False

13 11. B- A closed-cell, slow-recovery foam.
12. Unadorned devices, such as bobby pins, barrettes and hair clips may be worn to control a player´s hair provided they do not exceed one inch True or False

15 13. E - Changing a player´s position
14. F1 and F6 may switch defensive positions any number of times in the same half-inning. True or False

16 14. False 15. A player not listed as an eligible substitute on the lineup card shall be prohibited from playing. True or False

19 17. False 18. It is obstruction if an errant throw pulls F3, without the ball, into the path of the batter-runner, and impedes her progress True or False

21 19. D- When a runner physically assists another runner
The ball becomes dead in all of the following situations, EXCEPT: The batter enters the batter´s box with an illegal bat. There is interference by a runner or retired runner. An infielder intentionally drops a fair fly ball with first base occupied and less than two outs. An illegal pitch is delivered. The batter-runner steps backward toward home plate to avoid being tagged out.

22 20. D - An illegal pitch is delivered
21. Bats made entirely of wood are permitted and need not bear the ASA certification mark. True or False

23 21. True All of the following result in an illegal pitch being declared, EXCEPT: The catcher being outside the lines of the catcher´s box when the pitch is released. The pitcher deliberately dropping, rolling or bouncing the ball while in the pitching position in order to prevent the batter from striking it. The pitcher exceeding the 20-second timeframe to release the pitch. The pitcher making more than 1 1/2 clockwise revolutions of the arm in the windmill motion. The pitcher stepping completely outside the 24-inch plate when delivering the pitch.

24 22. C - The pitcher exceeding the 20-second timeframe to release the pitch
23. If a courtesy runner fails to report, she is considered an illegal substitute True or False

25 23. False An intentional base on balls may be requested by the defensive coach or catcher to award the batter first base without any pitches being thrown. True or False 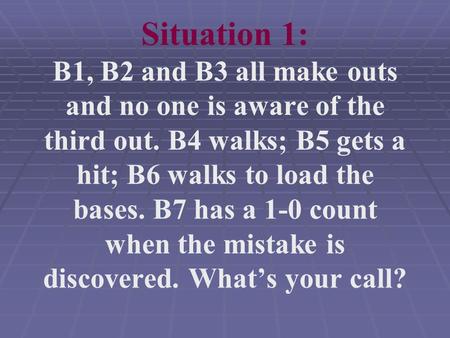 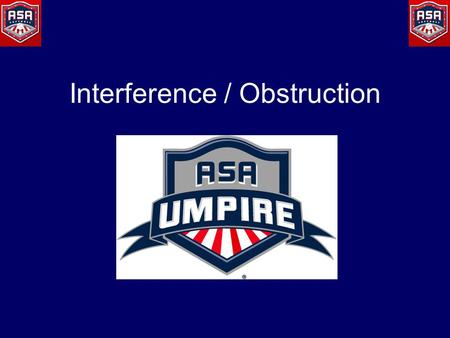 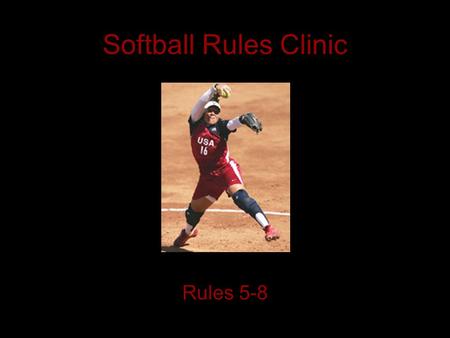 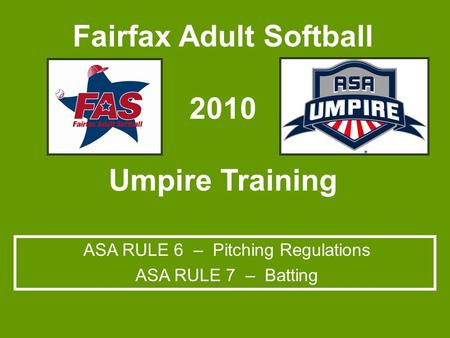 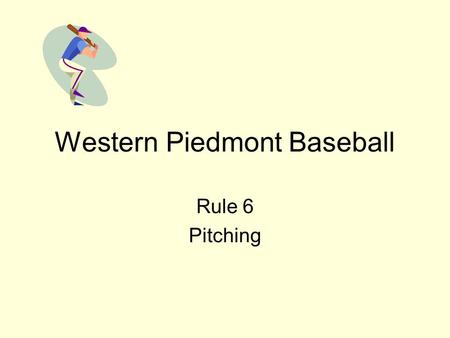 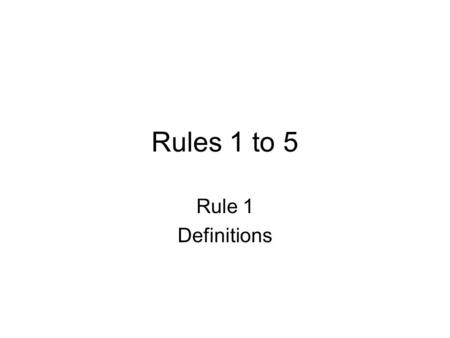 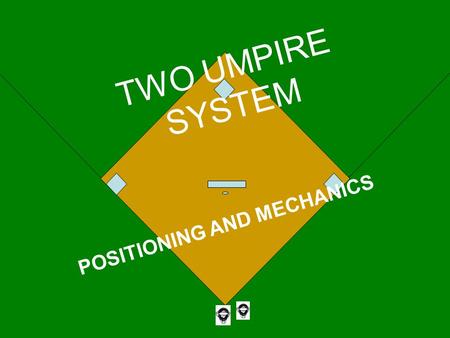 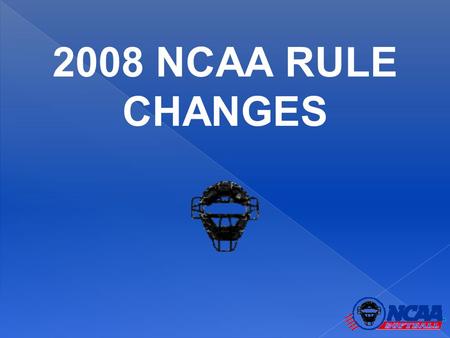