6 Aggregate Demand Curve
The lower level of National Income requires fewer units of labour – unemployment rises to 7% shown by U = 7% At a higher rate of inflation (3.0%) rising interest rates mean that C, I and (X-M) all have negative effects on AD – NY falls to Y2 Inflation This level of output will be associated with a particular level of unemployment which we will call U = 5% At an inflation level of 2%, the AD curve gives a level of output of Y1 3.0% 2.0% AD Y2 Y1 Real National Income U = 7% U = 5%

7 Shifts in the Aggregate Demand Curve
Any exogenous factor causing C, I or G to rise, or a trade surplus causes a shift to the right in AD This would cause a rise in national income (economic growth) and lead to a fall in unemployment (U = 2%) (and vice versa) Shifts in AD will be caused by changes in factors affecting C, I, G and (X-M) (exogenous factors) e.g. increasing income tax rates affect consumption Inflation 2.0% AD2 AD Y1 Y2 Real National Income U = 5% U = 2%

19 Aggregate Supply Inflation AS
Between Y1 and Yf, increases in capacity are possible but the nearer the economy gets to Yf, the more problems are experienced with acquiring resources to boost production (production bottlenecks) especially labour skills shortages. An output level of Y1 would suggest the economy is working below full capacity and there would be widespread unemployment Yf represents ‘Full Employment Output – at this point the economy is working to full capacity and cannot produce any more The shape of the AS curve is important in determining the outcome in the economy This shape reflects a Keynesian view of the AS curve. Economy starts to overheat Y1 Yf Real National Income

21 Aggregate Supply Inflation LRAS Yf Real National Income
This is because they believe that in the long run, there will be no unemployment of resources because markets will clear, thus whatever the rate of inflation, firms will supply the maximum capacity of the economy. Classical economists assume the long run aggregate supply curve (LRAS) is vertical (perfectly inelastic). Yf Real National Income

23 Putting AD and AS together
A shift in the AD curve to AD1 as a result of a change in any or all of the factors affecting AD would increase growth, reduce unemployment but at a cost of higher inflation (a trade-off) Inflation In this situation, the economy would be operating at less than capacity, there would be unemployment and the economy might be growing only slowly. 2.5% 2.0% AD 1 AD Y1 Y2 Yf Real National Income

24 Putting AD and AS together
Further increases in AD would lead to successively smaller increases in growth and employment at the cost of ever higher inflation. Inflation 3.5% AD2 2.5% 2.0% AD1 AD Y1 Y2 Yf Y3 Real National Income

25 Sustained Growth Inflation AS AS1 2.0% AD2 AD Y1 Y2
Sustained growth (not to be confused with sustainable economic growth) occurs when AS and AD rise at similar rates – national income can rise without effects on inflation 2.0% AD2 AD Y1 Y2 Real National Income 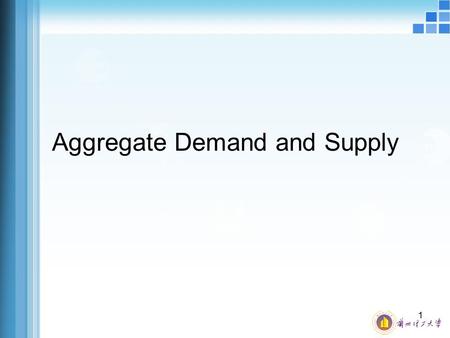 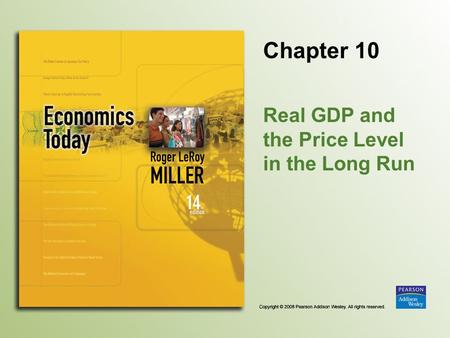 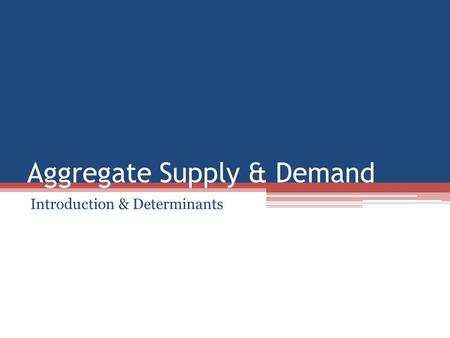 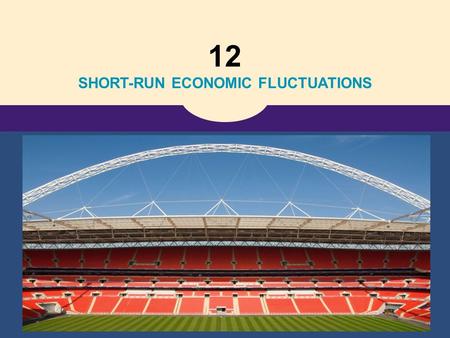