2 Ground freezing is a process of making water-bearing strata temporarily impermeable and to increase their compressive and shear strength by transforming joint water into ice. Freezing is normally used to provide structural underpinning; temporary supports for an excavation or to prevent ground water flow into an excavated area. Successful freezing of permeable water-bearing ground affects simultaneously a seal against water and substantial strengthening of incoherent ground. No extraneous materials need to be injected and apart from the contingency of frost heave, the ground normally reverts to its normal state. It is applicable to a wide range of soils but it takes considerable time to establish a substantial ice wall and the freeze must be maintained by continued refrigeration as long as required.

3 The following figure shows an application in the Copenhagen Metro project where a pedestrian passage from a new metro station to an existing railway station was constructed underground. Since the existing rail traffic had to continue, the ground had to be frozen to avoid the risk of collapse due to excavation of the transfer tunnel. Two 100 kW chillers located on the surface cooled the soil around the pipes to -24°C.

4 Ground freezing may be used in any soil or rock formation regardless of structure, grain size or permeability. However, it is best suited for soft ground rather than rock conditions. Freezing may be used for any size, shape or depth of excavation and the same cooling plant can be used from job to job. As the impervious frozen earth barrier is constructed prior to excavation, it generally eliminates the need for compressed air, dewatering, or the concern for ground collapse during dewatering or excavation.

5 Principles of Freezing
The effectiveness of freezing depends on the presence of water to create ice, cementing the particles and increasing the strength of the ground to the equivalent of soft or medium rock. If the ground is saturated or nearly so it will be rendered impermeable. If the moisture does not fill the pores, it may be necessary to add water. The strength achieved depends on freeze temperature, moisture content and the nature of the soil. Freezing can be particularly effective in stabilizing silts, which are too fine for injection of any ordinary grouts. On freezing, water expands in volume by about 9% which does not itself impose any serious stresses and strains on the soil unless the water is confined within a restricted volume. With water content up to about 30% the direct soil expansion may be about 3%. Frost heave which may occur in fine silts and clays, is a slightly different phenomenon. In rock and clay ice lenses may build up and enlarge fine fissures so causing increase in permeability after thaw.

6 If there is a flow of water through the ground to be frozen the freezing time will be increased by reason of the continuing supply of heat energy and, if the flow is large and the water temperature high, freezing may be completely inhibited.

7 As in all ground treatment techniques, adequate site investigation is necessary to allow the best system to be chosen and to design the appropriate array of freezing tubes and select plant of adequate power. After the initial freezing has been completed and the frozen barrier is in place, the required refrigeration capacity is significantly reduced to maintain the frozen barrier Because freezing can be imposed uniformly on a wide range of soil types in a single operation, it may offer greater security in mixed ground than treatment by injection of various grouts.

9 Once the freezing process has begun, monitoring is required to ensure formation of the barrier wall and also to verify when freezing is complete.  During the drilling process, temperature-monitoring pipes are installed to measure the ground temperature. Below are the techniques for temporary support of a tunnel heading by freezing:

11 Indirect cooling Primary refrigeration plant is used to abstract heat from a secondary coolant circulating through pipes driven into the ground. The primary refrigerant most commonly used will typically be some alternative to Freon, which due to it’s ozone-depleting characteristics had to be phased out until 1996 (see paragraph Refrigerants and the Environment below). Other primary refrigerants are ammonia, NH4 (–33.3°C) and carbon dioxide, CO2 – now not commonly used. The secondary coolant, circulated through the network of tubes in the ground is usually a solution of Calcium Chloride. With a concentration of 30% such as brine has a freezing point well below that of the primary coolant. The primary refrigeration process is basically the Carnot cycle of compression and expansion reversed. The time required to freeze the ground will obviously depend on the capacity of the freezing plant in relation to the volume of ground to be frozen and on the spacing and size of freezing tubes and water content in the grounds.

13 Direct cooling In these systems the primary refrigerant is circulated through the system of tubes in the ground, extracting directly the latent heat, therefore having a higher efficiency than the indirect process. Direct freezing time is similar to that for the indirect process. The choice will depend on plant availability, estimates of cost and perhaps personal preference.

14 Liquid Nitrogen (N2) With this method a large portable refrigeration plant is not necessary, and the temp is much lower and therefore quicker in application The nitrogen under moderate pressure is brought to site in insulated containers as a liquid which boils at –196°C at normal pressure and thereby effects the required cooling. It can be stored on site. There is a particular advantage for emergency use, i.e quick freezing without elaborate fixed plant and equipment. This may be double advantageous on sites remote from power supplies. In such conditions the nitrogen can be discharged directly through tubes driven into the ground, and allowed to escape to atmosphere. Precautions for adequate ventilation must be observed. When there is time for preparation, an array of freezing tubes is installed for the nitrogen circulation, including return pipes exhausting to atmosphere. The speed of ground freezing with N2 is much quicker than with other methods, days rather than weeks, but liquid nitrogen is costly. The method is particularly appropriate for a short period of freezing up to about 3 weeks. It may be used in conjunction with the other processes with the same array of freezing tubes and network of insulated distribution pipes, in which liquid nitrogen is first used to establish the freeze quickly and is followed by ordinary refrigeration to maintain the condition while work is executed. This can be of particular help when a natural flow of ground water makes initial freezing difficult. 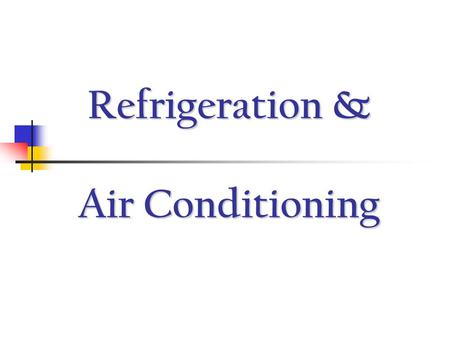 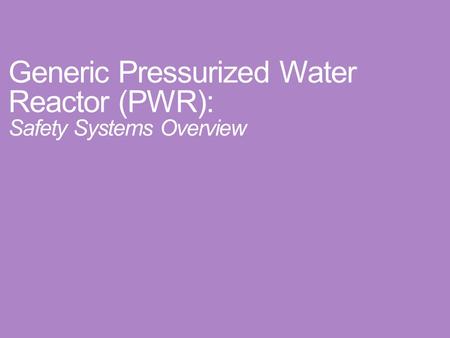 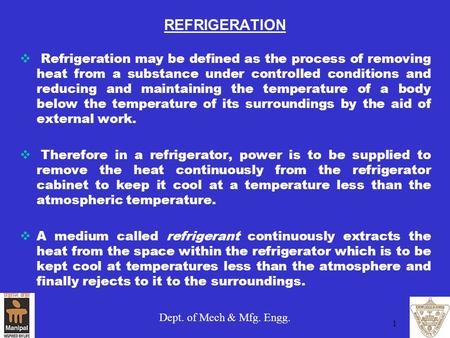 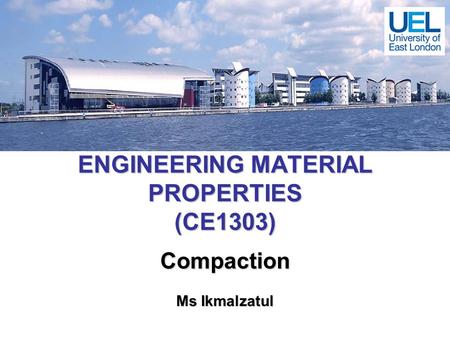 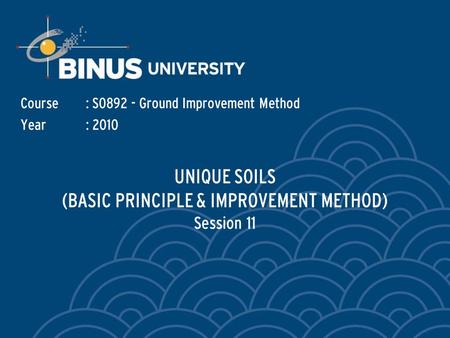 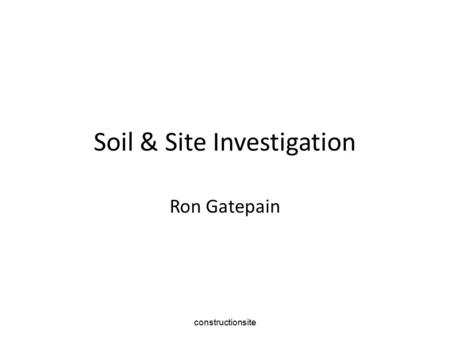 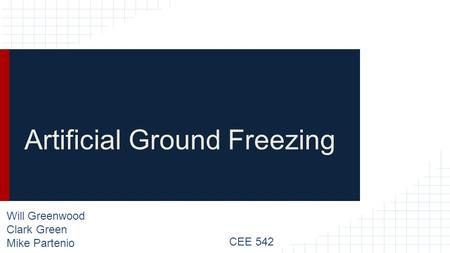 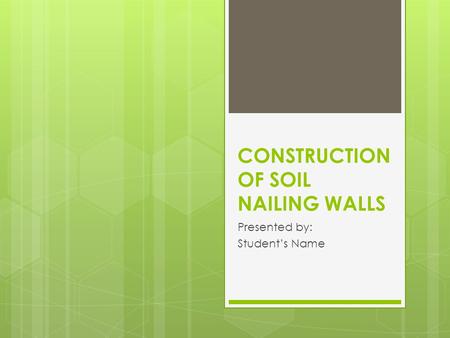 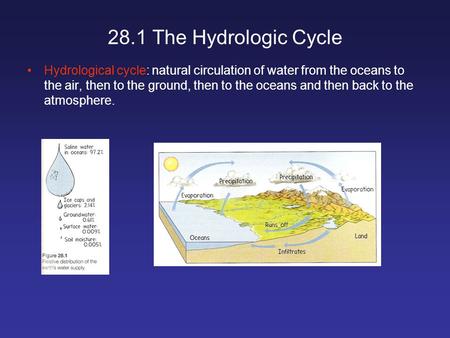 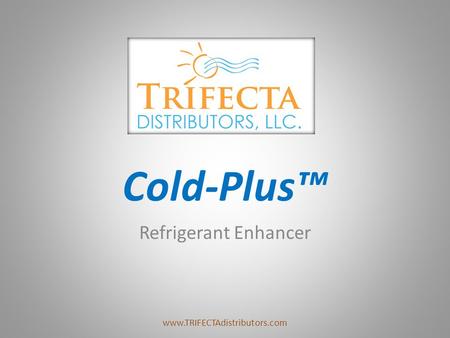 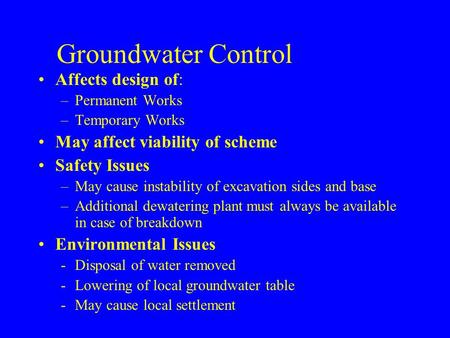 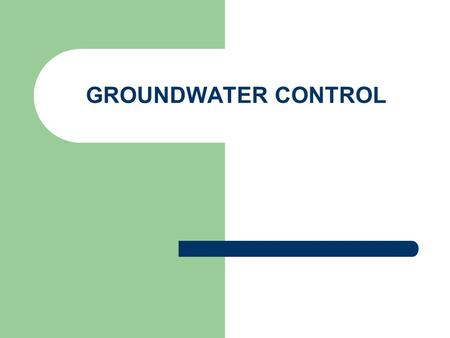 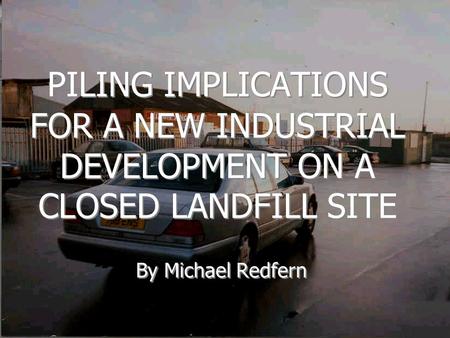 PILING IMPLICATIONS FOR A NEW INDUSTRIAL DEVELOPMENT ON A CLOSED LANDFILL SITE By Michael Redfern. 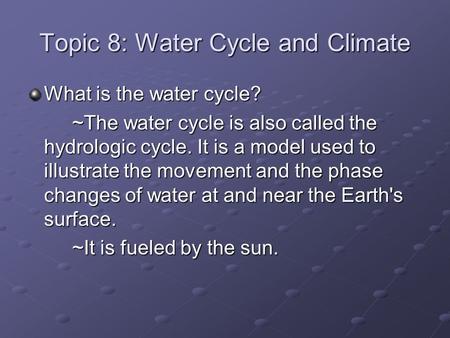 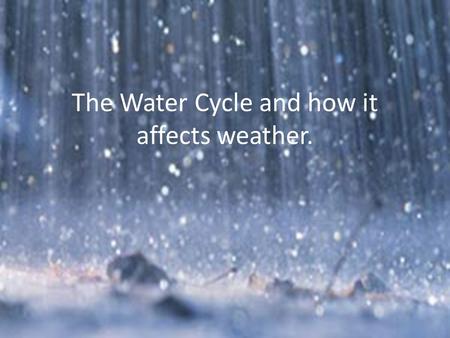 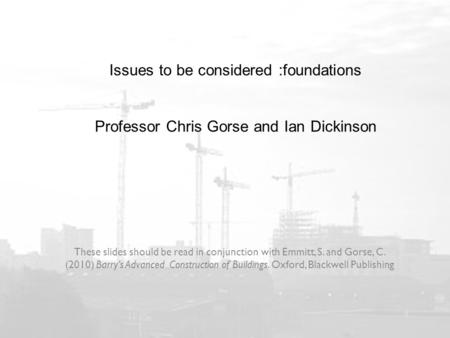 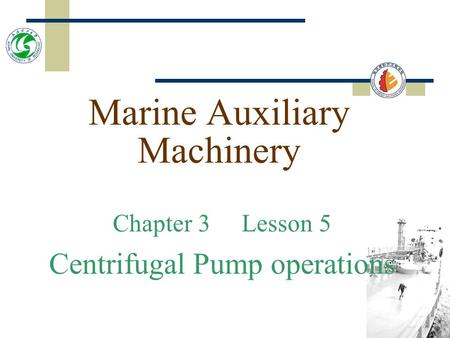