3 Adjectives Be careful! Adjectives don't have a singular and plural form OR a masculine, feminine and neuter form. Adjectives are always the same! Never add a final -s to an adjective. Adjectives can also be placed at the end of a sentence if they describe the subject of a sentence. Example: My doctor is excellent. NOT!!: difficults books

4 Adjective Rules Rule: Adjectives are placed before the noun. Example: a wonderful book; very interesting people Be careful! Don't place an adjective after the noun

5 Adverbs Adverbs are words that modify verbs, adjectives, or other adverbs and that express such ideas as time, place, manner, cause, and degree. They tell you How something is done. Example: How does he she sing? - She sings beautifully. Rule: Adverbs are often formed by adding -ly to an adjective Example: beautiful - beautifully, careful – carefully

6 Adverb Rules Be Careful! Some adjectives don't change in the adverb form. The most important of these are: fast - fast, hard - hard Good is probably the most important exception. The adverb form of 'good' is 'well'. Unfortunately, this is a common mistake that many of us make! NOT!!: He plays tennis good.

7 Adverb Rules Rule: Adverbs can also modify an adjective. In this case, the adverb is placed before the adjective. Example: She is extremely happy. They are absolutely sure. Be Careful! Do not use 'very' with adjectives that express an increased quality of a basic adjective Example: good - fantastic NOT!!: She is a very beautiful woman

12 Bad and Badly BAD OR BADLY Bad is an adjective used after sense verbs such as look, smell, taste, feel, or sound or after linking verbs (is, am, are, was, were, and other forms of to be). Example: I feel bad about the delay. Badly is an adverb used after all other verbs. It doesn't hurt so badly now.

13 Real or Really REAL OR REALLY Real is an adjective meaning "genuine"; its use as an adverb is colloquial or nonstandard. Nonstandard: He writes real well. Have a real nice day. The company is real pleased with your work. Correct: This is real leather. (ADJ) Really is an adverb. Examples: He writes really well. Have a really nice day. The company is very/really pleased with your work. 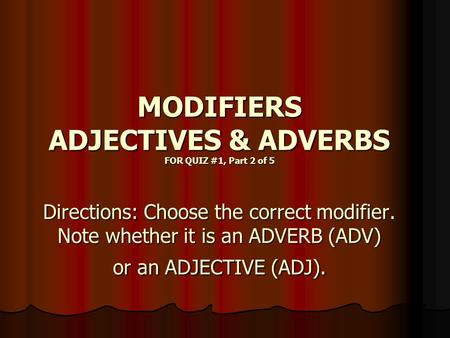 MODIFIERS ADJECTIVES & ADVERBS FOR QUIZ #1, Part 2 of 5 Directions: Choose the correct modifier. Note whether it is an ADVERB (ADV) or an ADJECTIVE (ADJ). 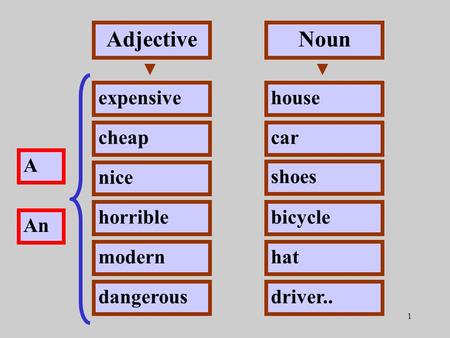 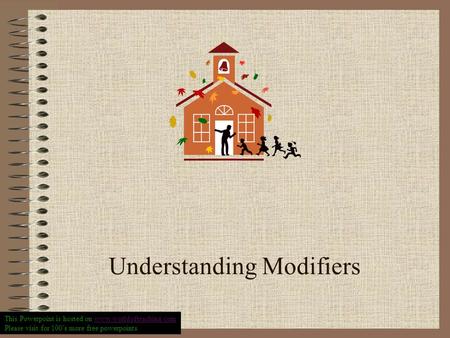 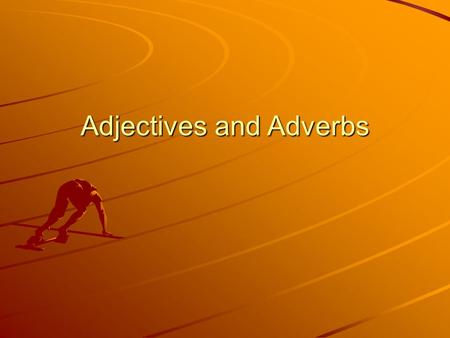 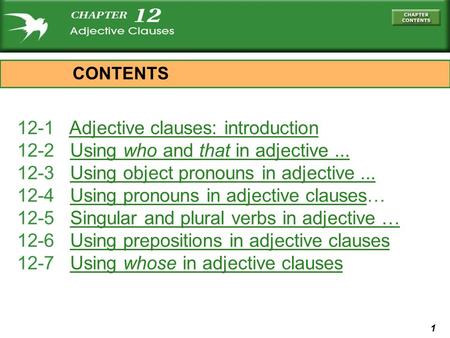 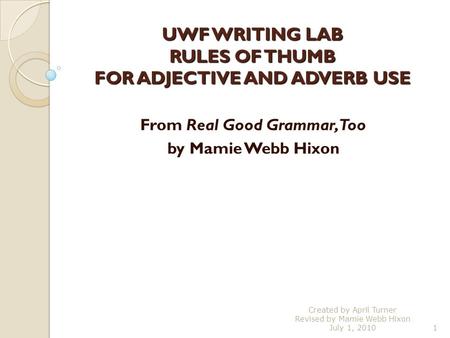 UWF WRITING LAB RULES OF THUMB FOR ADJECTIVE AND ADVERB USE From Real Good Grammar, Too by Mamie Webb Hixon 1 Created by April Turner Revised by Mamie. 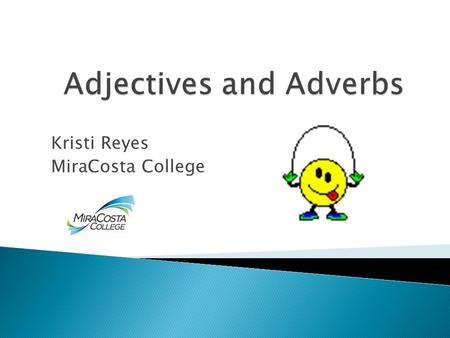 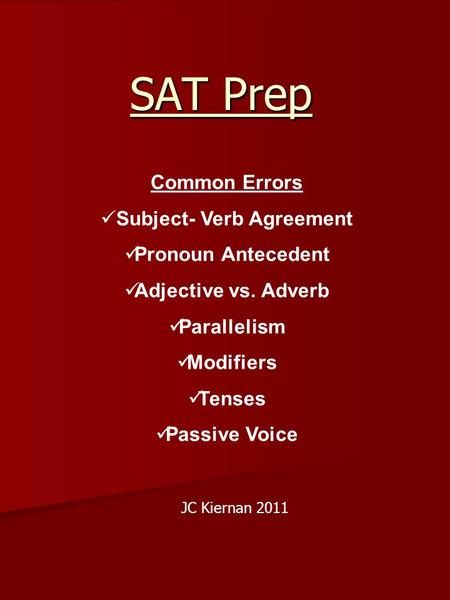 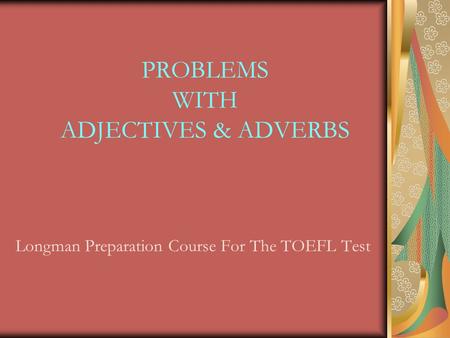 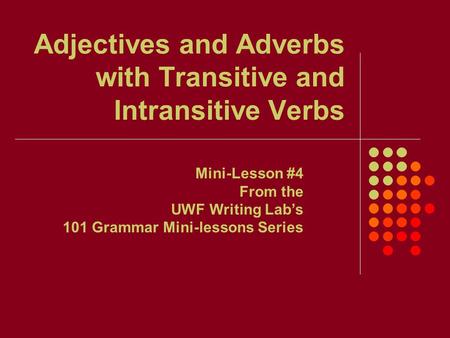 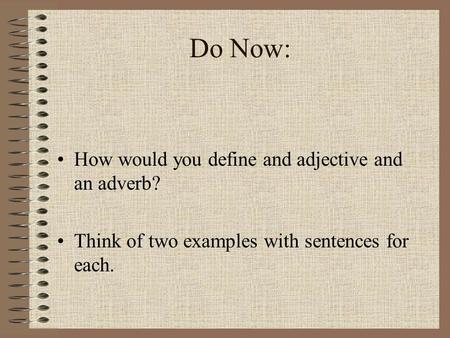 Do Now: How would you define and adjective and an adverb? Think of two examples with sentences for each. 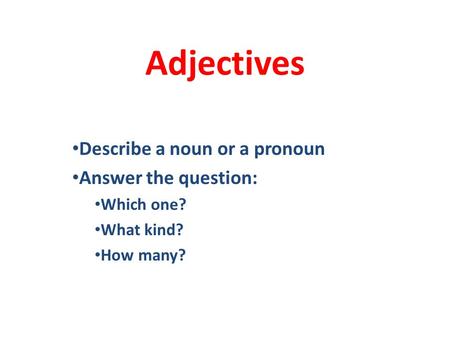 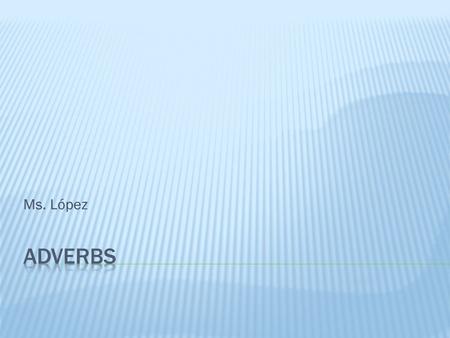