2 Electricity Objectives
Describe how electric charge exert forces on each other. Compare the strengths of electric and gravitational forces. Distinguish between conductors and insulators. Explain how objects become electrically charged. Describe how voltage difference causes current to flow. Explain how batteries produce a voltage difference in a circuit. List the factors that affect an objects electrical resistance. Define Ohm’s Law. Describe the difference between series and parallel circuits. Recognize the function of circuit breakers and fuses.

3 Electric Charge Protons have positive charge; electrons have negative charge. In most atoms, the charges of protons and electrons cancel each other out and the atom has no net charge. Atoms become charged by gaining or losing electrons 3. Static electricity-the accumulation of excess electric charges on an object.

4 B. Electrically charged object obey the following rules.
1. Law of conservation of charge -charge may be transferred from object to object, but it cannot be created or destroyed. 2. Opposite charges attract and like charges repel. Charges can act on each other even at a distance, because any charge that is placed in an electric field will be pushed or pulled by the field. The force decreases the farther apart the charges Electrons move more easily through conductors like metals.

5 5. Electrons do not move easily through insulators such as plastic, wood, rubber and glass.
The force of gravity between you and Earth seems to be strong. The force of gravity is much weaker than electric forces. Attractive electric force between two hydrogen atoms is 1036 times larger than the gravitational force between them. D. Transferring electric charge. Charging by contact is the process of transferring charge by touching or rubbing. a. example-feet rubbing the carpet

6 2. Charging by induction The rearrangement of electrons on a neutral object caused by a nearby charged object. Example: a negatively charged balloon near your sleeve causes an area of your sleeve to become positively charged. 3. Static discharge A transfer of charge through air between two objects because of a buildup of static electricity. Example: lightning 4. Grounding -using a conductor to direct an electric charge into the ground. The presence of electric charges can be detected by an electroscope.

7 Discussion What do you think happens when you get static electricity in your hair? Answer Usually it happens after your hair rubs against something, like a sweater or brush, causing the object to gain a negative charge and your hair a positive charge, attracting your hair to the object. Some hair may also repel each other since the hair strands are the same charge.

8 Electricity Review (Write Q and A)
Define static electricity. Describe how lightning is produced. Explain why if charge cannot be created or destroyed, electrically neutral objects can become electrically charged. Predict what would happen if you touched the knob of a positively charged electroscope with another positively charged object. Humid air is a better electrical conductor than dry air. Explain why you’re more likely to receive a shock after walking across a carpet when the air is dry than when the air is humid.

10 4. For charges to flow, the wire must always be connected in a closed path or circuit Sources of electricity 1. A dry cell battery produces a voltage difference between its zinc container and its carbon suspension rod, causing current to flow between them a. Examples- AAA, AA, A, C, D, 9-V

11 A wet cell battery contains two connected plates made of different metal in a conducting solution.
Wall sockets have a voltage difference across the two holes of an electrical outlet and a generator at a power plant provides this voltage difference.

12 Resistance-the tendency for a material to oppose the flow of electrons, changing electrical energy into thermal energy and light. 1. All materials have some electrical resistance, with the exception of superconductors at low temperatures. a. Cu is an excellent conductor and is used in household wiring. 2. Resistance is measured in Ohms (W) 3. Making wires thinner, longer, or hotter increases the resistance.

14 Ohm’s Law Ohm’s Law can be written as a formula:
current (in amperes) = voltage difference (in volts) resistance (in ohms) or I = V R -make sure you understand the relationship between current, voltage and resistance, such as what happens if you decrease resistance (will increase current) etc.

16 Electric Current Discussion
What property of electric current causes light bulbs to give light? Answer Resistance. As electrons flow through the filament, the filament resists their flow and changes electrical energy into thermal energy.

17 Electric Current (Write Q and A)
What is current? How do charges flow? What is the difference between a dry cell and a wet cell battery. How do you increase the resistance of a material? Compare and contrast the flow of water in a pipe to the flow of electrons in a wire. Identify two ways to increase the current in a simple current. Explain how a dry cell battery produces a voltage difference between the positive and negative terminals.

18 Electrical Circuits A. Circuits rely on generators at power plants to produce a voltage across the outlet, causing the charge to move when the circuit is complete. 1. Series circuit-the current has only one loop to flow through a. The parts of a series circuit are wired one after another so the amount of current is the same through every part. b. Open circuit-if any part of a series circuit is disconnected, no current flows through the circuit. c. Example-strings of holiday lights

20 Electrical Circuits B. Household circuits use parallel circuits connected in a logical network. 1. Each branch receives the standard voltage difference from the electric company, which in the US is usually 120V a. In some branches that use electric stoves or electric clothes dryers, the voltage difference is 240V. 2. They guard against overheating electric wires. a. Electric fuse-contains a small piece of metal that melts if the current becomes too high, opening the circuit and stopping the flow of current.

22 2. To calculate the amount of energy an
appliance uses: a. The unit of electrical energy is the kilowatt- hour, which equals 1000watts of power used for one hour. b. Energy = power x time E (kWh) = P (kW) x t (h) with units E = Pt Discussion Does your home have a fuse box or circuit breaker? Why is it there? How does it work?

23 Circuits Practice Show all work and units.
1. The current in an electric clothes dryer is 15 A when it is plugged into a 240 V outlet. How much power does it use? 2. A VCR that is not playing still uses 10.0 W of power. What is the current if the VCR is plugged into a 120 V outlet? 3. A microwave oven with a power rating of 1200W is used for 0.25 hrs. How much electrical energy is used by the microwave? 4. A TV with a power rating of 200 W uses 0.8kWh in one day. For how many hours was the tv on during this day?

24 Circuits Review (Write Q and A)
1. How are electric power and electrical energy related? 2. Why are fuses and circuit breakers used in household circuits? 3. What determines the current in each branch of a parallel circuit? 4. Should a fuse or circuit breaker be connected in parallel or in series to the circuit it is protecting? Why? 5. A parallel circuit consisting of 4 branches is connected to a battery. Explain how the amount of current that flows out of the battery is related to the amount of current in the branches of the circuit. 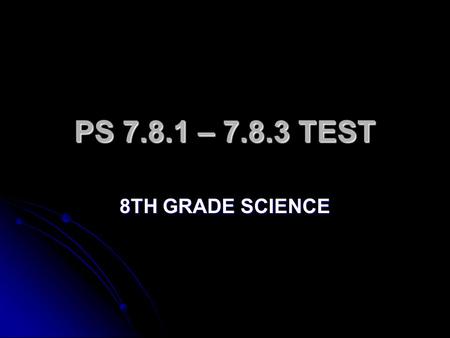 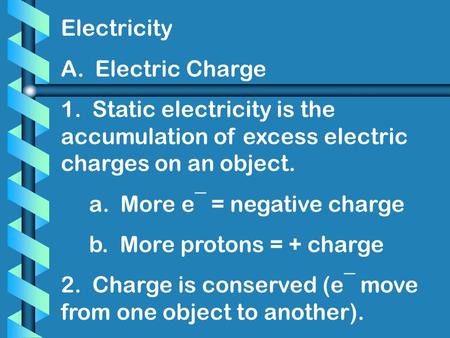 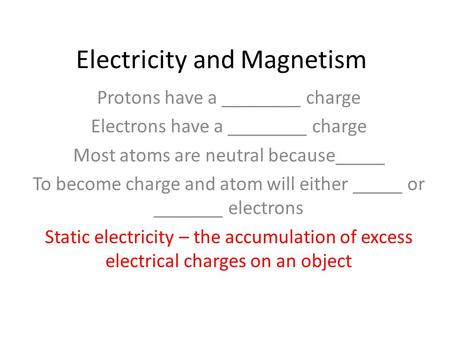 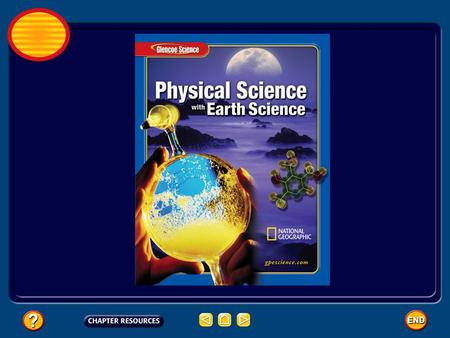 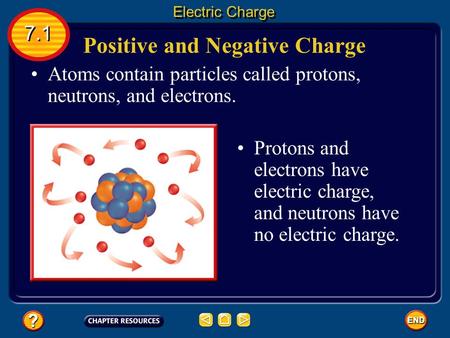 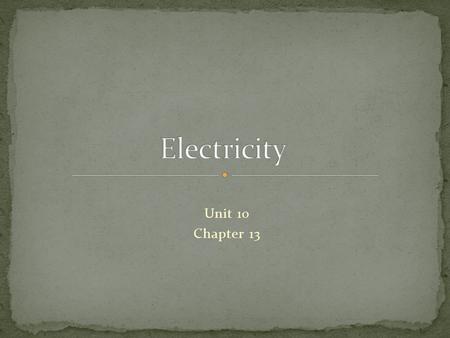