6 Bottom-up parsing Following this strategy, the analysis starts at the level of the worlds and proceeds upwards to the higher levels.

7 The transformational model One of the major achievements in the field of theoretical linguistics has been the development of the Transformational Model (TM) by Chomsky [Cho65]. The TM is an attempt to represent, through the use of mathematical abstraction, the Linguistic Competence of an individual. The linguistic competence is the implicit knowledge that every adult has about his/her own language. Chomsky [Cho57] defines a language as a finite/infinite set of well-formed strings of symbols taken from a finite vocabulary, called the lexicon. The well-formed condition is defined by the grammar of the language.

8 The transformational model A grammar is a finite specification of the sentences of a language: it may consist of an explicit account of every sentence in the language (if the language is finite) or a set of generative rules with the capability of producing all and only the grammatical sentences of the language they define. Chomsky showed that a natural language, like English, cannot be properly represented by a finite-state grammar. He realized that a context-free grammar did not had the power to define a natural language. In [cho65], Chomsky proposed the transformational model, as the first representation of linguistic competence.

12 The transformational model Since Chomsky´s edition of its first paper [cho57], many linguists have worked on developing transformation rules which give a correct account of English. This work has been a source of disagreement and controversy among linguists. A set of accepted transformations is listed below: Number-Agreement SD:NP VREST 12 3 12 3 SC:1,[num] 2,[num] 3 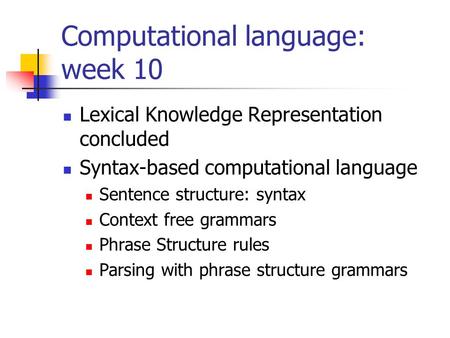 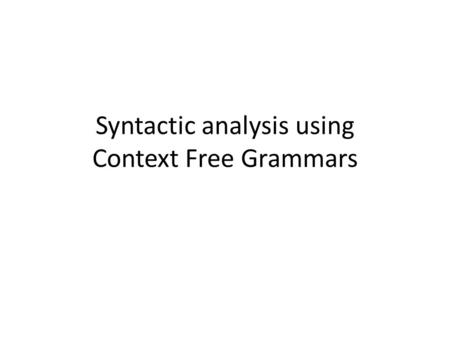 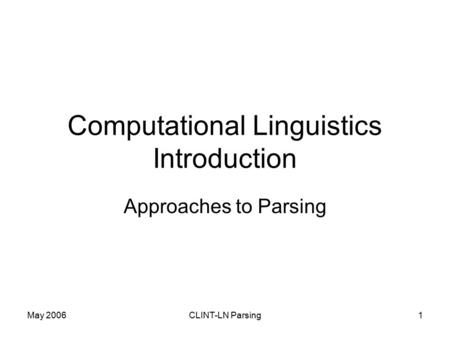 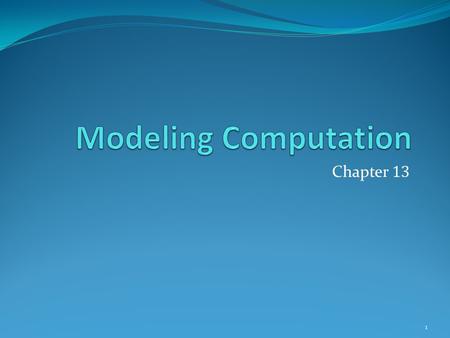 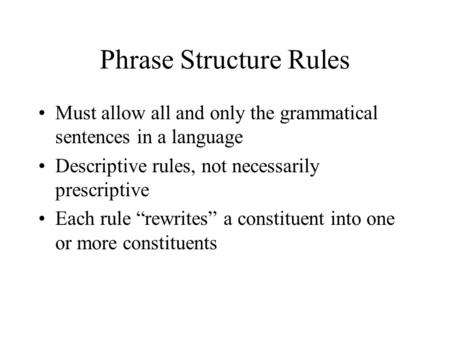 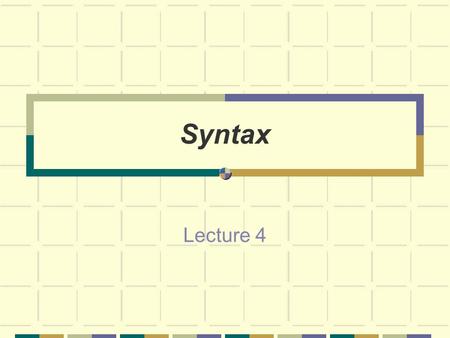 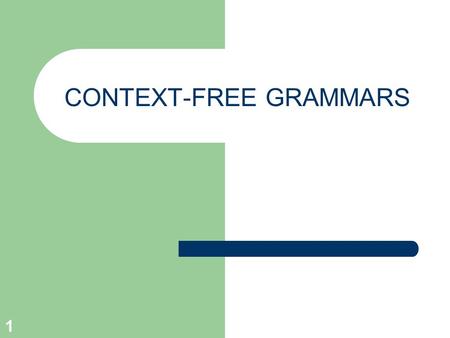 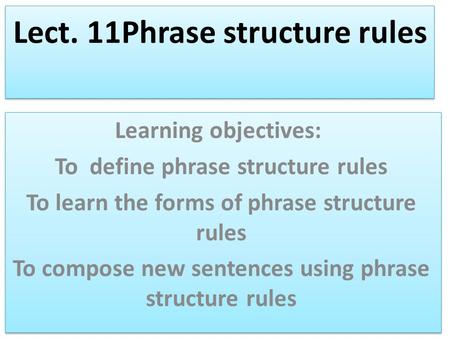 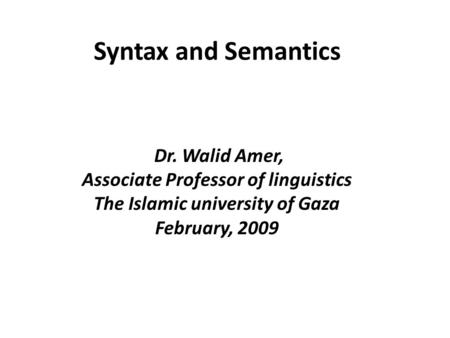 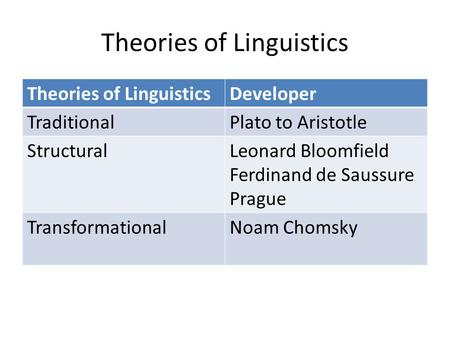 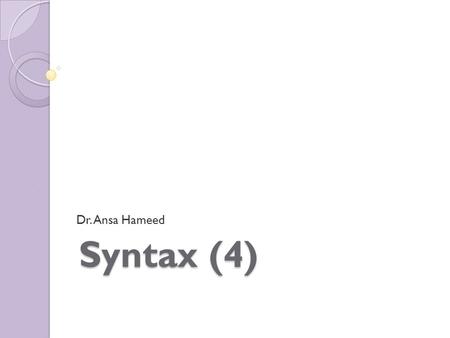 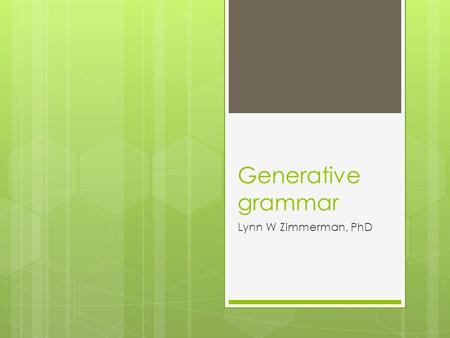