Presentation on theme: "Department of Nutrition for Health and development"— Presentation transcript:

3 Malnutrition : is MDG1 (target 1c) enough ?
When the 1st International Conference on Nutrition was convened in 1992 malnutrition was primarily defined as inadequate availability of food energy (undernourishment) and as underweight in children under 5. Target 1 c aimed at halving the population who is undernourished and the proportion of underweight children. The 2013 report on MDG progress indicates that large progress has been done for these two indicators, but the 2015 target is unlikely to be achieved in some world regions, namely Southern Asia and sub-Saharan Africa. In 2012 still about 100 million children under 5 were underweight. Source : UN MDG report 2013

4 162 million children with stunted growth in 2012
Source: UNICEF, WHO, The World Bank. Joint Child Malnutrition Estimates. (UNICEF, New York; WHO, Geneva; The World Bank, Washington, DC; 2013 Since 1992 the narrative on malnutrition has changed. We now have identified a more sensitive indicator of nutritional status, based on the height for age of children under 5. A stunted child has an immediate higher risk for communicable diseases and a longer term higher risk of chronic diseases; a stunted child does not develop in the same way as a normally growing child and in the long term has less professional opportunities. In million children under 5 were stunted, approximately one child out of three. This and other graphs in my presentation are taken from the recently issued joint estimates of child malnutrition developed by UNICEF, WHO and the World Bank

7 Where are the hot spots for acute malnutrition?
This slide shows the prevalence of acute malnutrition in different world regions. When the blue diamond is in the green area the prevalence is lower than the 5% indicated by the WHA as a target to achieve. Other colours indicate the presence of a public health problem of increasing magnitude. The highest prevalence of acute malnutrition is estimated to be in Southern Asia and in South Central Asia, where approximately 15% of children under 5 affected. You can see that in some cases we have a high confidence interval, due to the variable prevalence of the condition and the inadequate number of data points that we have. Source: UNICEF, WHO, The World Bank. Joint Child Malnutrition Estimates. (UNICEF, New York; WHO, Geneva; The World Bank, Washington, DC; 2013 7 7

8 Trends in Low Birth Weight
In some parts of the world, the restriction of growth starts during conception. This can be measured through the infants’ weight at birth Low Birth Weight is one of the consequences of poor maternal nutrition. Little changes have been see in Low birth weight in the last 30 years as the 6th Report on the World Nutrition Situation indicated. Source : UNSCN, 2010

9 Prevalence of small-for-gestational-age births, by UN regions
Some of the low birth weights are due to prematurity and some are due to stunted intrauterine growth. This slide shows the proportion of children born small for gestational age. In Asia the prevalence of small for gestational age reached approximately 30%. SGA babies are more prone to be stunted and have a higher risk of chronic diseases later in life. Source : Black et al. Lancet June 2013

10 496 million non pregnant women and 32 million pregnant women with anemia
A second form of malnutrition, linked to the inadequate intake of vitamins and minerals, has been better recognized since It has also been named the hidden hunger, as its impact was not so apparent, but not less able to affect biological function. The condition with the highest prevalence is anemia. Here we focus on women, in whom the impact of anemia is greater, on their own health – as anemia affects women’s mortality, wellbeing and working capacity – and on the health of their offspring. Anemia is due to multiple causes, including birth spacing, malaria and other infectious diseases. A large proportion of the anemic women is located in South Asia. A large proportion of anemias – approximately half – are due to iron deficiency. In 2011 approximately 530 million women were anemic. The prevalence of anemias has been fairly stable in the last few years and therefore the number has increased due to the population growth. Source : Stevens et al. Lancet Glob Health 2013; 1: e16–25

12 Prevalence of vitamin A deficiency (1995–2005), iodine deficiency (2013), inadequate zinc intake (2005), Other important micronutrient deficiencies include vitamin A deficiency, both in children under 5 and in women and iodine deficiency. One third of children under 5 and one sixth of pregnant women are thought to be vitamin A deficient, based on serum retinol levels and a bit less than a third of the world populations is thought to be still having a iodine problem, based on the analysis of urinary iodine excretion. We are now increasingly able to recognize the presence of zinc deficiency, which is thought to affect one in five individuals. Source : Black et al. Lancet June 2013

13 44 million children are overweight
The third from of malnutriton, that in 1992 was started to be recognised globally is overweight. Overweight was thought to be an issue only for high oncome countries and populations, and an issue for middle aged men. We can now say that overweight is almost ubiquitous, starts early in life and is rapidly increasing. In million children before age 5 were overweight. 30 million were in lower middle income countries and 6 million in low income countries Source: UNICEF, WHO, The World Bank. Joint Child Malnutrition Estimates. (UNICEF, New York; WHO, Geneva; The World Bank, Washington, DC; 2013

14 500 million obese individuals aged 20+ years (2008)
Source: Global status report on noncommunicable diseases World Health Organization 2011 Globally, we estimate that at least half a billion adults have the most severe form of overweight, with a BMI of 30 +, obesity. While the highest prepavalence is observed in countries with higher income, we can see a sizeable presence in countries with lower income.

15 Women’s underweight and overweight
This slides focuses on the changes of prevalence observed in women’s overweight compared to that of underweight, or thinness (i.e. when BMI is below 18.5 kg/m2. Globally, underweight has only slightly declined, while overweight and obesity have seen a rapid growth. In Asia still about one woman in five is underweight. In contrast, more than half of women in Latin America are overweight. Source : Black et al. Lancet June 2013

16 The double burden of malnutrition
This slide shows even better the coexistence of the two conditions in the same country. In South Africa, for example, over 40% of women is obese, the more severe condition, and 10% is underweight. The reverse happens in Bangladesh, where over 40% of the women is underweighth and 5% obese. Source: WHO Global Database on Body Mass Index

17 Share of countries in each malnutrition category by degree of urbanization
The different conditions often coexist and overlap. This analysis by FAO indicates that most countries have to deal with multiple forms of malnutrition simultaneously. We will not be surprised to see that stunting and micronutrient deficiencies are almost constantly associated. I would like to draw your attention particularly to the association of stunting and micronutrient deficiencies with obesity, that appears in the group of countries with high level of urbanization, where the nutrition transition has taken place. Source : FAO SOFA 2013

19 Burden of disease attributable to 20 leading risk factors in 2010, as a % of global DALYs
High BMI accounted for 3.4 M deaths and 3·8% of global DALYs in 2010 Poor diet and physical inactivity 10% of global DALYs Still childhood underweight and suboptimal breastfeeding are a leading risk factor in sub-saharan Africa, but the other forms of malnutrition have gained the sad leadership in taking people’s lives. High BMI was responsible for 3.8% of the global Disability Adjusted Life Years in 2010, a measure of ill health. Dietary factors feature highly in the top 10. Collectively, and together with physical inactivity, they account for 10% of the global DALYs

20 Key messages Multiple forms of malnutrition coexist :
Low birth weight, wasting, stunting Micronutrient deficiencies Overweight/obesity and diet related NCDs Malnutrition is not decreasing and is affecting the majority of the world population The changing burden of disease should influence the way we think global development There are important differences in the world distribution of different forms of malnutrition, but similar global trends

Download ppt "Department of Nutrition for Health and development" 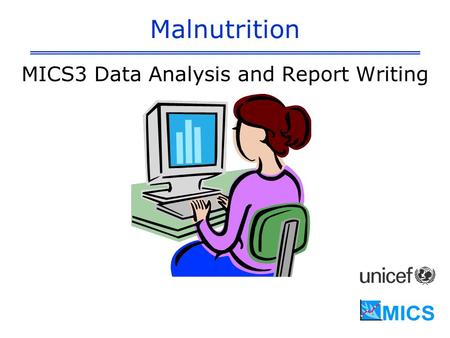 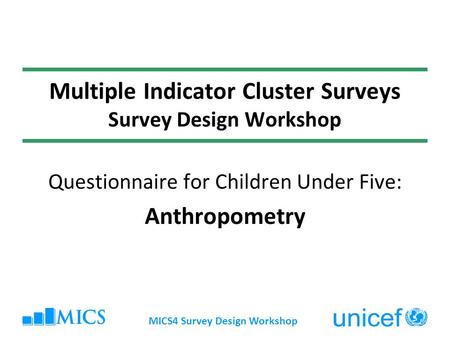 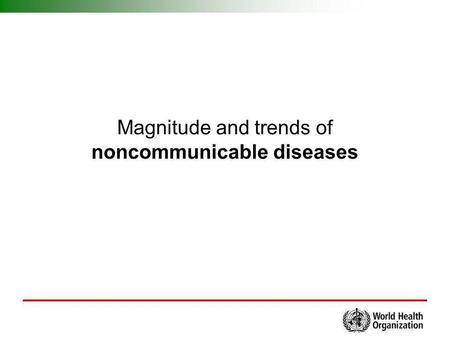 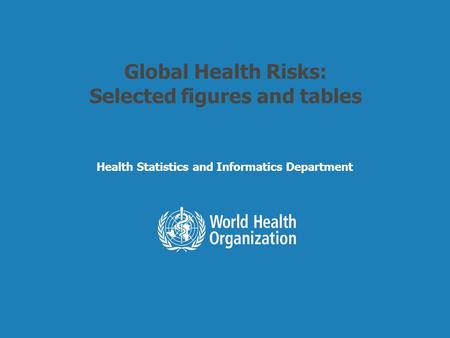 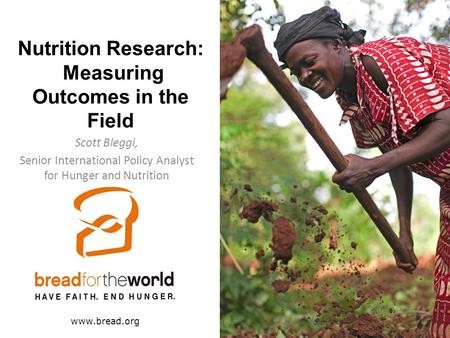 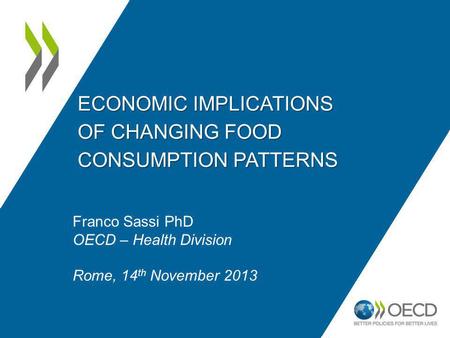 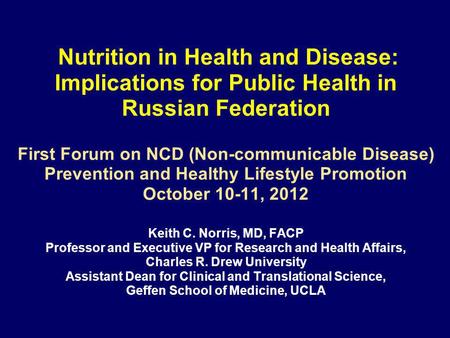 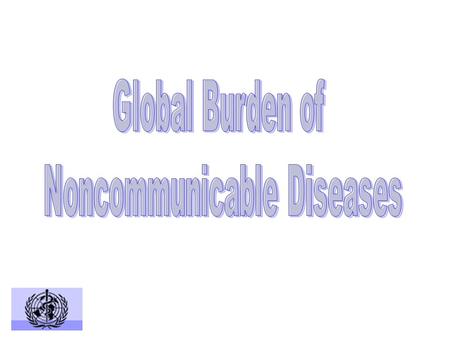 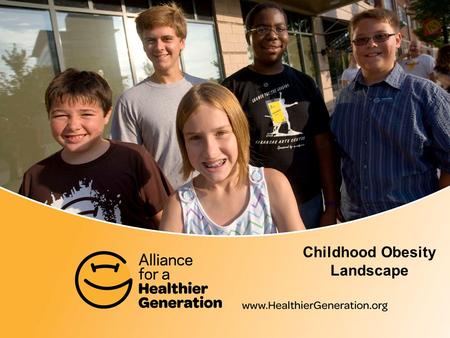 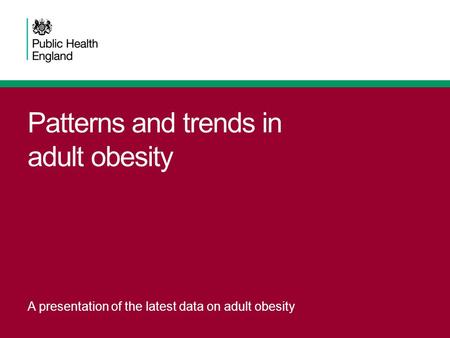 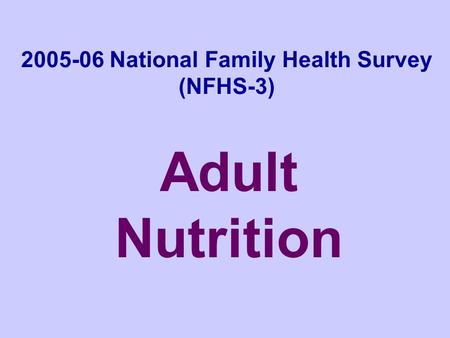 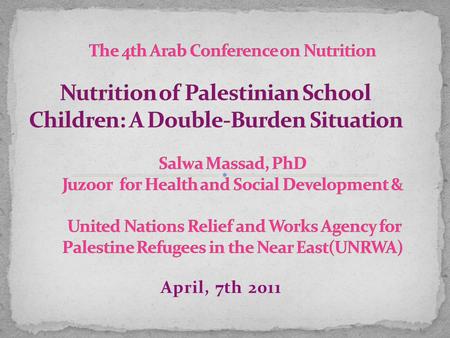 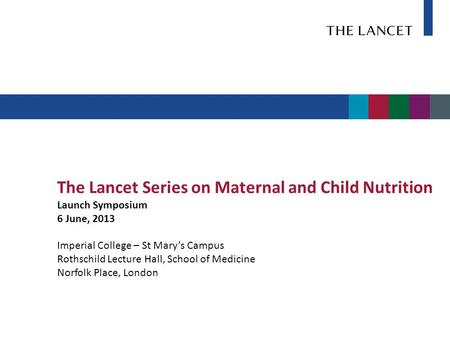 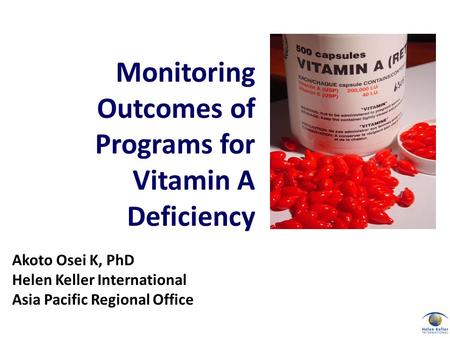 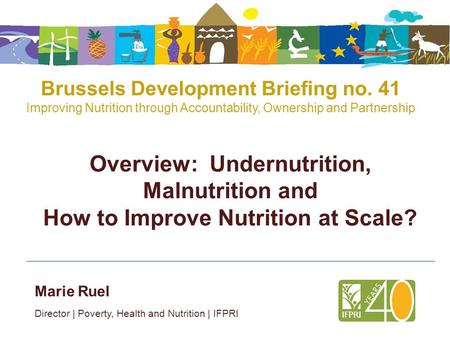 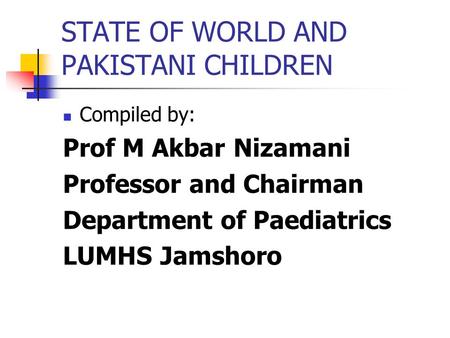 STATE OF WORLD AND PAKISTANI CHILDREN