2 Heads (核心詞)and complements
The head of a phrase is the word whose lexical category defines the type of the phrase. Every phrase has a head that has the same syntactic category as the phrase. The complement of the head is the other constituents in a phrase that complete its meaning. (See examples on p. 140.)

4 More examples VP: found the puppy NP: the destruction of Rome
a picture of Mary a person worthy of praise a boy who pitched a perfect game PP: in the garden

5 Selection pp Whether a verb takes a complement or not depends on the properties of the verb. Verbs (transitive or intransitive) select different kinds of complements. Examples (p. 141): 1. Put and give take both an NP and a PP complement: She put the milk in the refrigerator. 2. Sleep can not take an NP complement: Michael slept. 3. Think selects a sentence complement, often preceded by a complementizer that: I think that Sam won the race. See other examples on p. 141.

6 C-selection (詞類選擇) p. 542 C-selection:
The classifying of verbs and other lexical items in terms of the syntactic category of the complements that they accept; sometimes called “subcategorization” Example: The verb find c-selects a noun phrase complement. p. 141 The information about the complement types selected by particular verbs and other lexical items is called c-selection or subcategorization and is included in the lexical entry of item in our mental lexicon. ** “C” stands for “categorial”.

7 More examples p. 141 Verbs select different kinds of complements:
(a) Put selects both an NP and a PP. Sam put the milk in the refrigerator. (b) Sleep can not take an NP complement. * Michael slept a fish. (c) Think selects a sentence as complement. I think that Sam won the race. (d) Tell selects an NP and an S as complement. I told Sam that Michael was on his bicycle.

8 (e) Feel selects either an AdjP or an S.
They felt strong as oxen. They feel that they can win. (f) Belief selects either a PP or an S. There was a belief in freedom of speech. Everybody learns the belief that freedom of speech is a basic right. (g) Tired selects a PP. I am tired of stale sandwiches. (h) Sympathy selects a PP. They showed their sympathy for the victims.

9 S-selection (語意選擇) p. 561 S-selection:
The classifying of verbs and other lexical items in terms of the semantic category of the head and the complements that they accept. Example: The verb find s-selects an animate subject and a concrete NP complement. ** “S” stands for “semantic”.

12 What heads the sentence?
pp The category Aux is a natural category to head S. Reasons: (1) A sentence is about a situation or state of affairs that occurs at some point in time. (2) Aux specifies a time frame for the sentence, whether the situation described by the sentence will take place, already took place, or is taking place now.

15 X-bar theory p. 565 Definition: a universal schema specifying that the internal organization of all phrasal categories can be broken into three levels, e.g., NP, N’, and N

16 The basic X-bar schema is as follows: XP specifier X’
X (head) complement This schema says that an XP consists of a specifier and an X’ and that any X’ consists of an X and a complement.

20 When a sentence does not have a modal, there is a time reference for it.
S NP VP N’ Aux VP N Past kicked the ball Sam

22 Structural ambiguities
An ambiguous sentence has more than one structure tree, each corresponding to a different meaning. See the example on p. 146: The boy saw the man with the telescope.

30 Main verb be (The main verb be acts like the modal and the auxiliaries be and have.)
The cat is coy. TP NP T’ Det N’ T AdjP the N is Adj cat coy 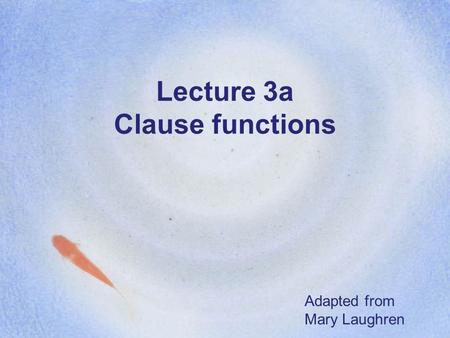 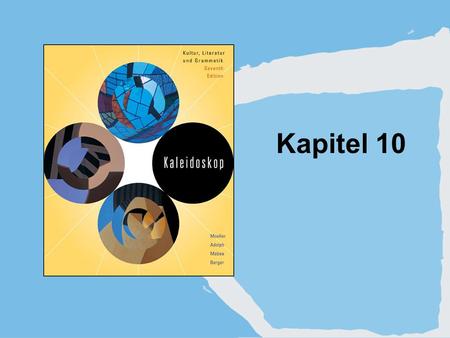 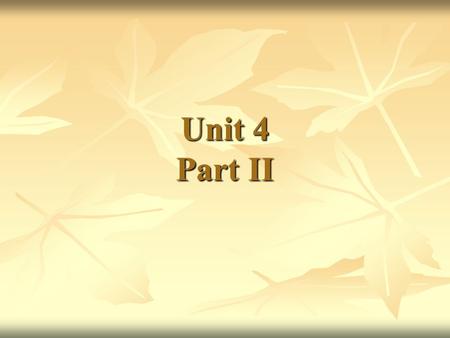 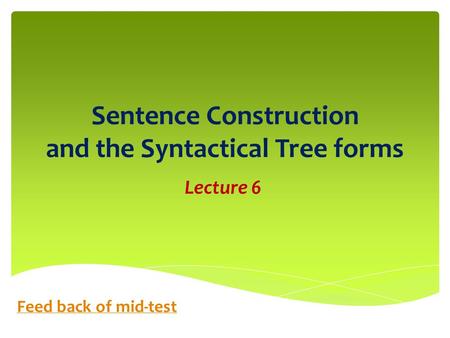 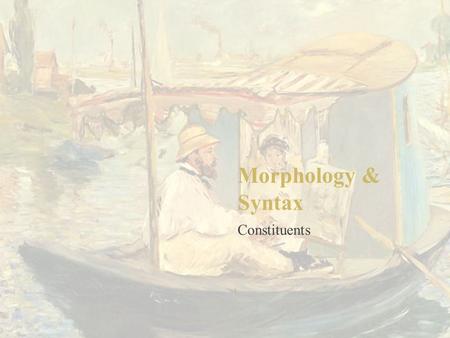 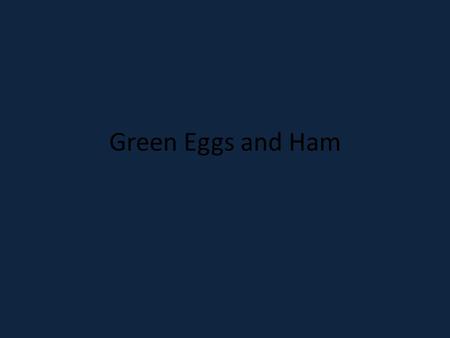 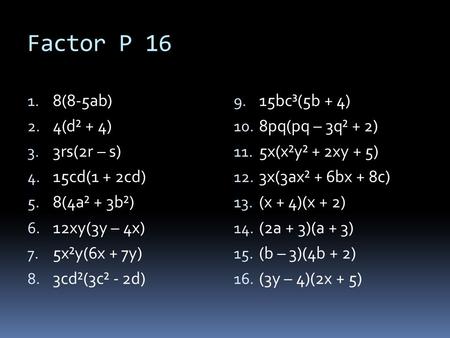 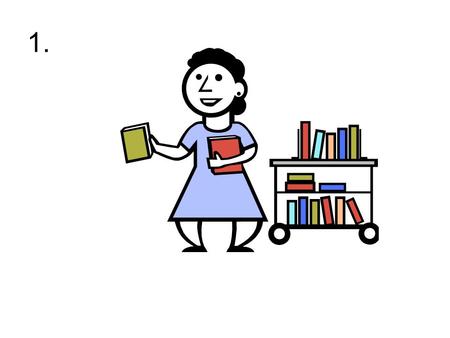 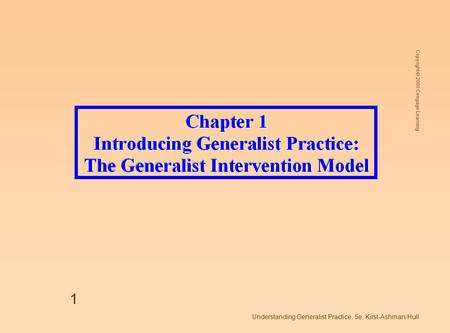