2 Judicial Review  Marbury v. Madison – Established judicial review which is the ability of the Supreme Court to determine the constitutionality of law.

4 How the court operates…  At least once a week, the nine justices meet in conference.  Agenda – justices rely heavily on law clerks to help screen cases. If four justices agree to grant review of a case (“rule of four”) it can be scheduled for an oral argument or decided on the basis of the written record already on file with the Court.

5 Oral Arguments  Lawyers may have 30 minutes to address the court.  Conference room – the chief justice raises a particular case and invites discussion, turning first to the senior associate justice.  If votes are not clear fro the individual discussions, the CJ may ask each justice to vote.  Once a vote has been reached, it is necessary to write an opinion, a statement of legal reasoning behind the decision.  Votes can be gained or lost by the content of the opinion.

6 Briefs  Amicus curiae briefs have an important role: the government under the solicitor general, may submit them in cases in which it has an interest.  Briefs files by persons or groups who are not actual parties to a case but who nonetheless have a substantial interest in its outcome. 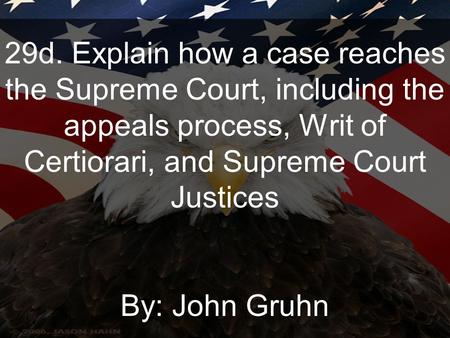 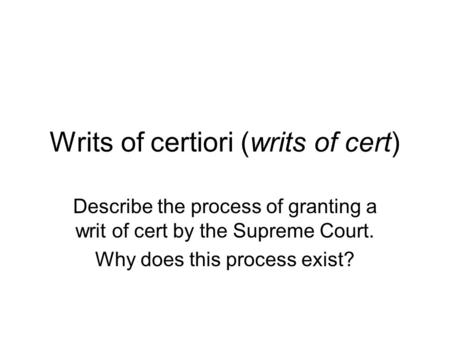