3  All Law enforcement agencies are under the Executive Branch of city, county, state or federal government.  Department of Justice (DOJ): Enforces Federal Law and oversees all federal law enforcement agencies except the CIA and Secret Service. › The Attorney General is the head of the DOJ & part of the President’s cabinet

4  Purpose of federal agencies: each has specialized skills which can help to enforce laws. › Ex: the DEA (drug enforcement administration) has agents specialized in preventing drug trafficking.

10 County Jurisdiction :  Sheriff : › Jurisdiction: County › Function: enforces laws in both the incorporated and unincorporated areas of the county. › Ex: Sheriff is responsible for courthouse security

12  Magistrate : In criminal cases determines if further action is warranted when a police officer or a citizen claims that a crime has been committed.  National Guard : reserve militaries in each state that are called to federal service. Can serve in the US or abroad.

13  On your own Complete the Back of the guided notes.

15  Describe a scenario where each of the following would have jurisdiction 1. FBI 2. State Police 3. Secret Service 4. CIA 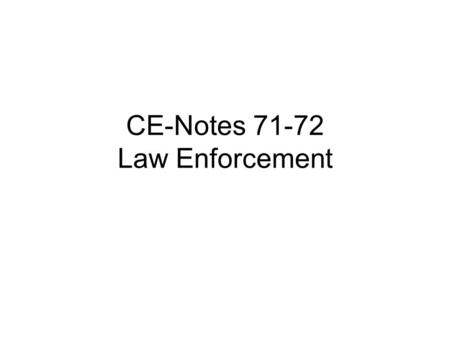 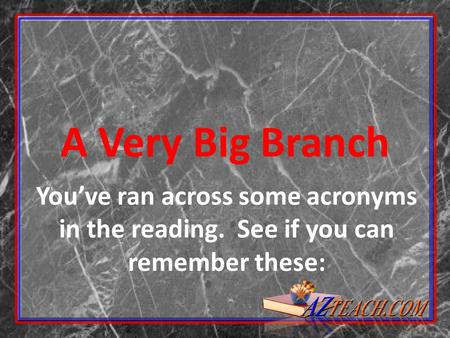 A Very Big Branch You’ve ran across some acronyms in the reading. See if you can remember these: 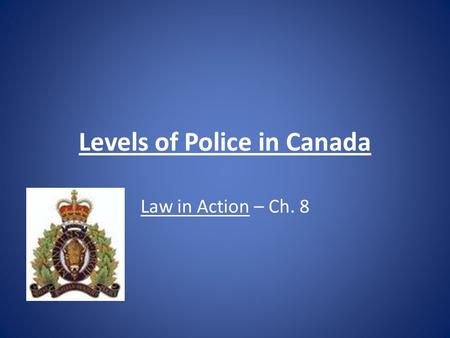 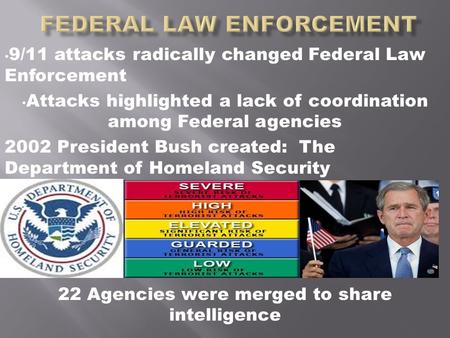 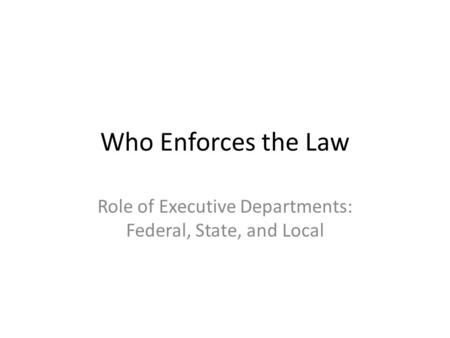 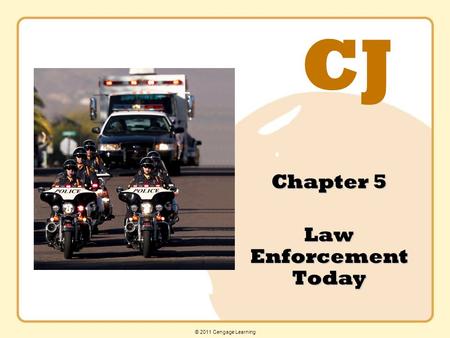