Presentation on theme: "Bellringer Write down 5 things you know about atoms."— Presentation transcript:

1 Bellringer Write down 5 things you know about atoms.
Use chapter 4 if you need help remembering!

3 Notes: Atoms Matter: Building block of universe.
All matter is composed of atoms. Energy is not matter (ex. Heat, light, electricity, sound) History of atom- see timeline p Atoms can be broken down into subatomic particle

4 Subatomic Particles Protons: Found in the nucleus of atom
Positively charged Give element its identity # of protons is equal to the atomic # of each element on periodic table. ex. Carbon Silver Iron

5 Bellringer Use your notes to answer the following.
What is the charge of the nucleus of an atom? What is the overall charge of an atom? Fill in the table to the side for protons, neutrons, and electrons: Mass of Particle Charge Location

6 2. Neutrons: Found in the nucleus of atom No charge (neutral)
# of neutron in an atom can be calculated by formula. Mass # - # of protons Isotopes: atoms of the same element but with different # of neutrons. Nucleus: makes up most of the mass of the atom, but takes up very little space. Contains protons and neutrons Positively charged

7 Electrons: Found outside the nucleus. Orbits nucleus.
Have very small mass Have a negative charge # of electrons is equal to the # of protons. Overall charge of an atom is neutral. (No charge)

Download ppt "Bellringer Write down 5 things you know about atoms." 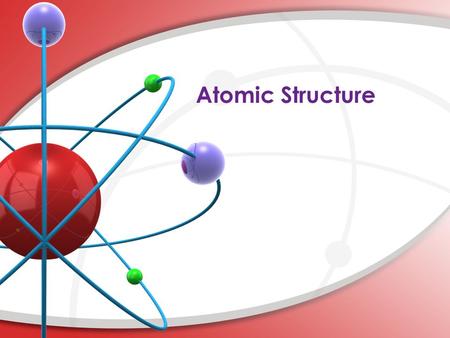 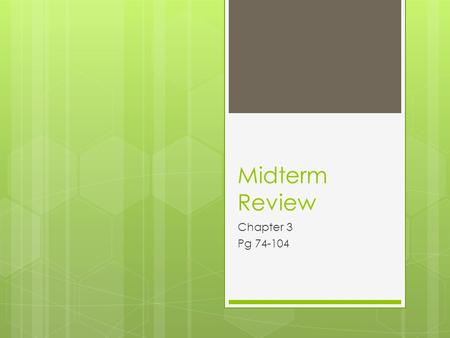 Midterm Review Chapter 3 Pg Atomic Theory pg  Atomic Theory – the idea that atoms are the building blocks of all matter  Everything is.