7 By the late 1700’s, thousands of people had crossed the Appalachians to look for inexpensive farmland and new opportunities in the Ohio and Mississippi River Valleys. As settlers explored the western frontier, they fought with American Indians such as Shawnee, Choctaw and Cherokee. Life on the Frontier

8 Families traveled west in covered wagons that were packed with food and supplies. There was little room to ride in. Early roads were rocky dirt paths and there were no bridges across rivers. Wagons often broke from rolling over rough roads. Life on the Frontier

9 Floating on rivers was faster and more comfortable than traveling on bumpy roads.
Families, furniture, animals and equipment floated on the Ohio River in flatboats. Settlers also traveled on canals, such as the Erie Canal, that connected bodies of water. Life on the Frontier

10 When they arrived on the frontier, settlers cut down trees to build houses.
Houses were small, only containing a table, bed, spinning wheel and a few dishes. Settlers grew corn, grain and raised farm animals. Life on the Frontier

11 Most settlers only grew enough to feed themselves with none leftover to sell or trade.
Frontier life was difficult. Women were far away from family and friends. Men and women did the same kind of work as the American Indians. Life on the Frontier

12 While men were hunting, women took care of their children and farms.
Even though life was difficult, many settlers lived better than they had in Europe. Life on the Frontier

15 In 1800, Thomas Jefferson was elected the nation’s third President.
He was of a different political party than John Adams, who had been president before him. Jefferson was a member of the Democratic-Republican party. President Jefferson

16 The change was peaceful and showed that the plan in the Constitution for electing leaders worked.
Jefferson and the Democratic-Republican party believed that states should have more power than the national government. Federalists disagreed. President Jefferson

17 Jefferson wanted to help farmers, but the Federalists wanted a strong national government and laws that would help merchants and manufacturers. President Jefferson

18 The year Jefferson was elected, France took control over a land called Louisiana.
The biggest port in Louisiana was in New Orleans. American farmers worried that the French would stop them from using this port. Louisiana Purchase

19 Representatives of President Jefferson made an agreement with French ruler, Napoleon Bonaparte, that farmers could trade through New Orleans. The French offered to sell all of Louisiana because they needed money for a war against Great Britain. Louisiana Purchase

21 Jefferson sent an expedition to explore the new territory and beyond.
Lewis and Clark

24 An enslaved African American named York and a Shoshone woman named Sacagawea also made the journey.
Sacagawea collected plants for food and medicine. She was an interpreter and could talk to other American Indians to show the group was peaceful. Lewis and Clark

25 The Corps of Discovery traveled up the Missouri River, over the Rocky Mountains and down the Columbia river to the Pacific Ocean. After traveling 8,000 miles, the expedition returned to St. Louis in 1806. Lewis and Clark

26 Lewis and Clark completed the tasks Jefferson had given them.
They kept detailed journals about the land they saw and the people they met. Even though there was not a direct route to the Pacific Ocean, they proved it was possible to cross the continent through the passes in the Rocky Mountains. Lewis and Clark 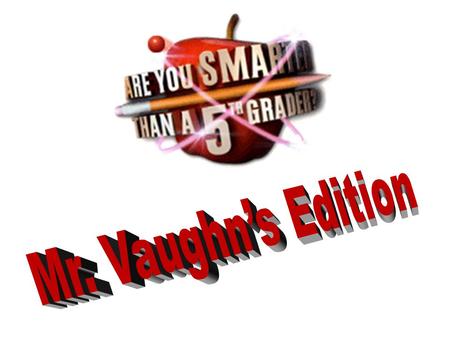 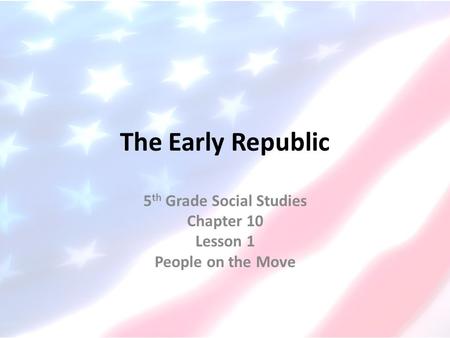