3 Ocean Circulation Patterns
Gyre = the large circular surface current pattern found in each ocean eg, North Pacific Gyre the center of each gyre coincides with the subtopics at about 30 degrees North or South latitude, so they are often called subtropical gyres there is a correspondence between the direction of surface- current flow and the major wind belts of the world subtropical gyres rotate clockwise in the Northern Hemisphere, and counterclockwise in the Southern Hemisphere this is because wind generates surface currents, as well as... the Coriolis Effect the deflective force of Earth's rotation on all free- moving objects, including the atmosphere and oceans there are four main currents within each gyre if an object is dropped into a gyre it would take about six years to go completely around when the North Atlantic Current goes towards Western Europe, it splits and carries warm weather to the otherwise cold area

5 More Ocean Circulation Patterns
the circular motion of gyres leaves a large central area that has no well-defined currents in the North Atlantic, this zone of calmer waters is known as the Sargasso Sea, named for large amounts of Sargassum, a type of floating seaweed Indian Ocean is influenced by summer and winter monsoons when the winds change direction, the surface currents also change direction

6 Ocean Currents of the World

7 Ocean currents Ocean currents
Warm currents- move from low to high latitudes (move heat from warmer to cooler areas) North American current keeps Great Britain and western Europe warmer than would be expected based on their latitude Cold currents- move from high to low latitudes( moderate temperatures in tropics and mid-latitudes) Benguela Current (western Africa), Peru Current, California Current Cause fogs and droughts/deserts along the west coast of continents ( Atacama, Namib) Maintain Earth’s heat balance- ¼ heat transported from tropics to poles is transported by water, the rest is by wind

9 Upwelling Upwelling is the rising of cold water from layers below the surface. Induced by wind Brings nutrient rich water to the surface Supports marine organisms Most common on west coasts Most distinguished: California, Western South America, and West Africa Cause of upwelling Coastal winds and Coriolis effect cause surface water to move away from the shore

14 Various Components of the Coastal Zone
Shorelines Are Dynamic- topography geologic makeup climate Shore- area that extends between the lowest tide level and the highest elevation on land that is affected by storm waves Shore is divided into two parts- Foreshore-area exposed when the tide is out and submerged when the tides in Backshore-landward of the high tide shoreline. Usually dry, being affected by waves only during storms Two other zones- Nearshore Zone-lies between the low tide shoreline and the line where waves break at low tide Offshore Zone-seaward of the nearshore Shoreline- line that marks the contact between land and sea

15 Various Components of the Coastal Zone
Coast-extends inland from the shore as far as ocean related features can be found Coastline-marks the coast's seaward edge, whereas the inland boundary is not always obvious or easy to determine 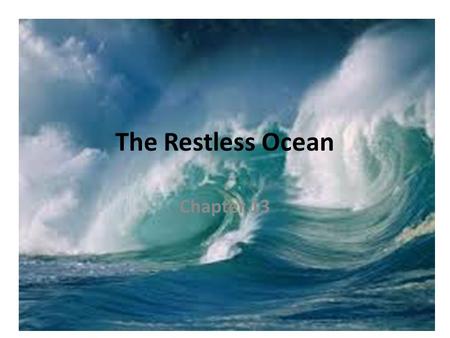 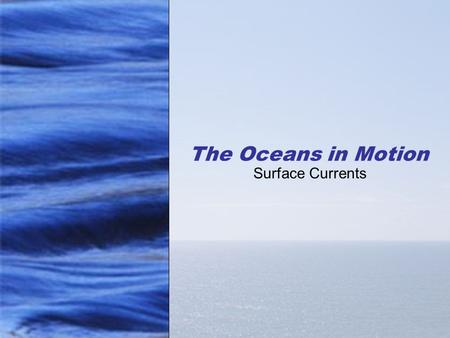 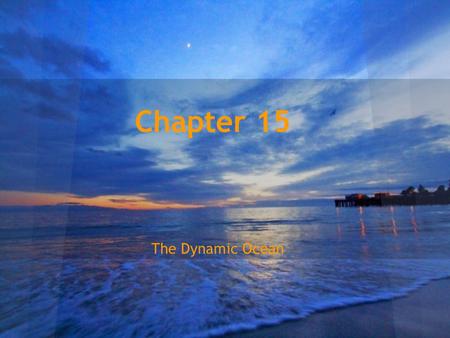