2 BACKGROUND (Bonnie parker)
Father died when she was 4 years old. Her and her family moved in with her mother's parents. She married Roy Thornton when she was 16 When Roy was in prison for five years for robbery, she worked as a waitress She also did housework for a neighbor, whose boyfriend was Clyde Barrow. This is when Bonnie and Clyde met.

3 BACKGROUND (Clyde barrow)
5th child of 7 kids, born to a poor farming family Clyde attempted to enlist in the U.S. Navy when he was a teenager. Because he had either malaria or yellow fever he couldn’t join. He already had “USN” tattooed on his arm- his rejection was devastating.

4 BACKGROUND (Clyde barrow)
Clyde and his brother supported themselves as petty thieves Petty theft: the taking of another person's property without that person's permission or consent with the intent to deprive the rightful owner of it They went on a two year crime spree. (During the Great Depression- they didn’t have much) He got arrested, and when he was 21 he vowed to never go back to jail. Around this time, he met Bonnie.

5 Law breaking Bonnie was never in trouble with crime before meeting Clyde. Clyde had already had a life of crime. Petty thievery He went back to jail for burglary after meeting Bonnie

6 Clyde’s CONVICTION Police compiled evidence in order to arrest him
Bonnie helped him escape. He started stealing cars and robbing stores after his escape He was eventually captured by a passerby Returned to the Texas jail.  Convicted and sentenced to fourteen years of hard labor at Eastham Prison Farm in Texas His mother worked out a deal with the judge on his case, and he was eligible for parole in two years if he showed good behavior. He didn’t know she was doing this, so he got someone to ‘accidentally’ chop off some of his toes so that he could be transferred to another, less harsh facility. (the one he was in was brutal) Because of his mother, he was released shortly after, in February of 1932.

10 Evidence An officer noticed their car’s out of state license plates (a rare sight- no money to travel) (1) The car had been reported as stolen a few days earlier. (2) The officer found them and confronted them- they kidnapped him. This incident gave them their infamous reputation.  Clyde made it easier to find evidence because he was getting tired of committing crimes- he would often leave witnesses. (3) The witnesses for a lot of the events were the main evidence.

11 Sentence They ran for a while longer, robbing stores along the way.
They knew they were going to be caught eventually They visited their families one last time. Police discovered the their car and followed them. Without warning the police ambushed them with bullets. They fired at least 167 bullets at Bonnie and Clyde. Bonnie and Clyde had finally been caught and killed.

12 quotes “They don't think they're too smart or desperate. They know that the law always wins. They've been shot at before. But they do not ignore that death is the wages of sin.” —Bonnie Parker, in her poem, “The Story of Bonnie and Clyde” Nickname: The Barrow Gang (Bonnie, Clyde, Blanche, Buck, and W.D. Jones)

13 CONFLICT Theory More on the next slide
The Great Depression affected so many people, and percent of people were unemployed. This led people to commit suicide and submit to terrible things to survive. People mostly blamed the banks and the government. Bonnie and Clyde rebelled against the government and robbed banks to take back what was theirs and killed anybody in their way. Many people saw their efforts and compared them to Robin Hood’s. They wanted to take back what was rightfully theirs. I believe the reason for their deviance was because of the conflict theory. More on the next slide

14 CONFLICT Theory In this theory, there are four conditions.
One was “because of the limited life chances available to them, members of lower classes are compelled to engage in criminal behavior.” This is exactly what Bonnie and Clyde did. They knew they would never be able to have riches and live the good life, so they tried to steal and live it best they could. Also, one condition is that “the ruling class defines ‘criminal’ as those behaviors that threaten its existence.” People of the upper classes (such as the government) considered everything Bonnie and Clyde did to be criminal. Even though it was criminal, they failed to see why they did the things they did. Another condition is, “elite use these definitions to protect its own interests.” In this case, people in the upper classes considered Bonnie and Clyde to be criminals that deserve death. Bonnie and Clyde committed the crimes they did because they lost a lot because of the Great Depression and they wanted to take it back from the government and banks. 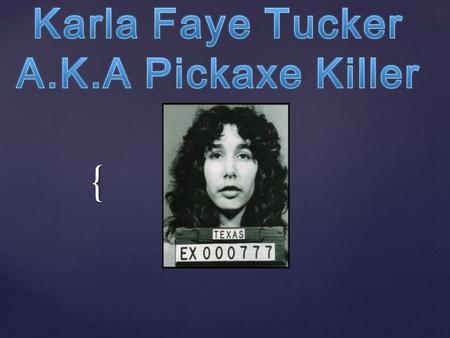 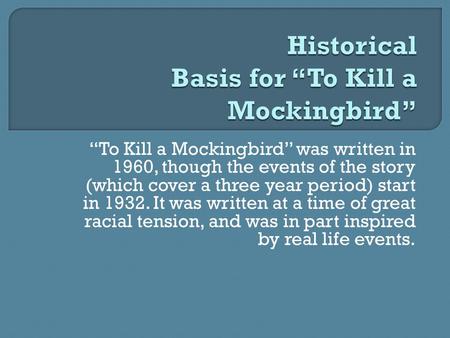 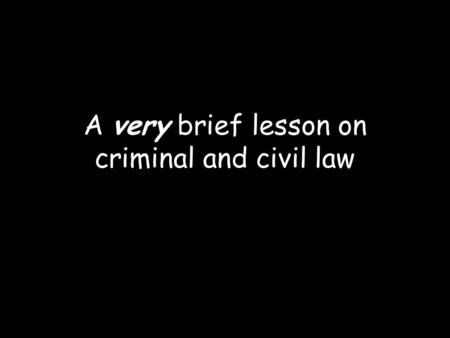 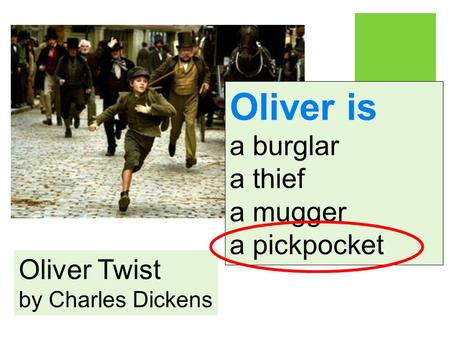 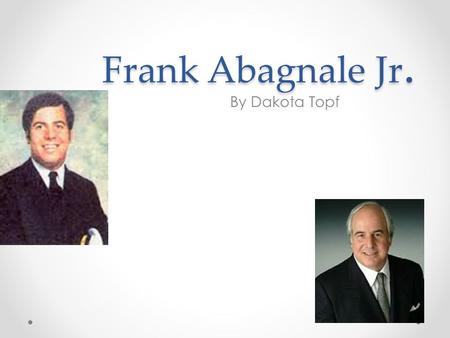 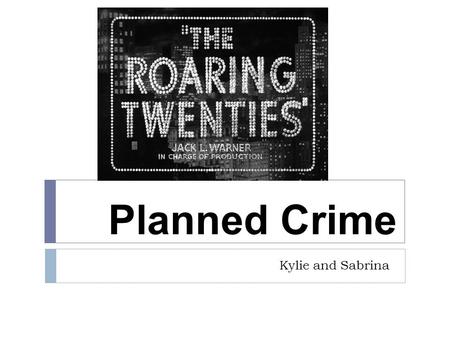 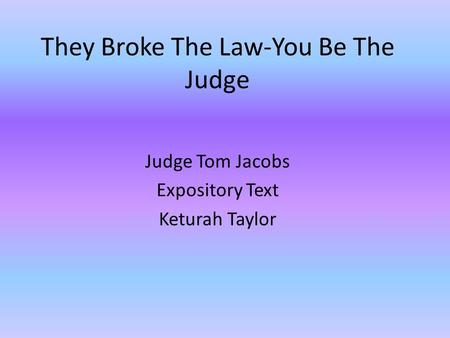 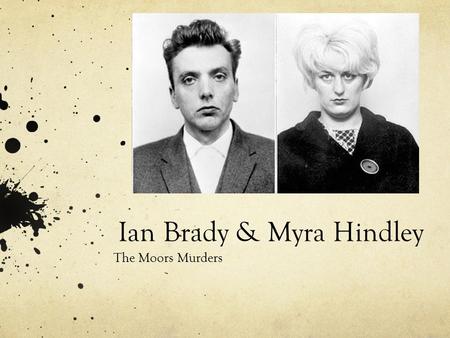 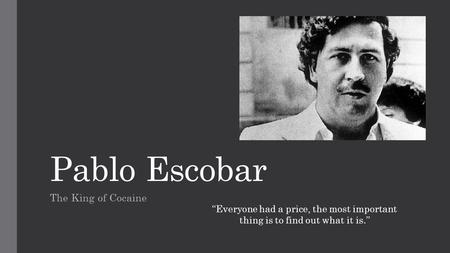 Pablo Escobar The King of Cocaine 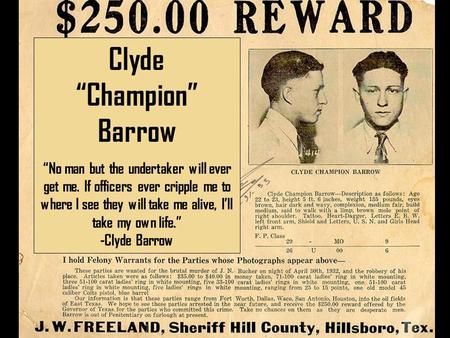