2 What is the UN? The UN is an organization that promotes peace between countries.

3 The History of the UN The United Nations began as the League of Nations. It was started by US President Woodrow Wilson at the end of WWI in order to prevent another World War.

4 Wilson’s Plan President Wilson thought that if nations worked together they could maintain peace. League of Nations headquarters in Geneva, Switzerland.

5 Problems with the League of Nations…
1. The League required a unanimous vote for decisions to be made. Have you ever tried to get more than two people to agree on where to go for dinner, let alone really important stuff!!!!!

8 Problems with the League of Nations…
There was no army to enforce decisions.

11 The Birth of the UN The UN started after WWII.
It wanted to fix the problems with the League of Nations to prevent a 3rd World War.

16 Committees and Commissions
There are six main committees and seven commissions that work on a variety of issues. For example these groups discuss international trade, economics, and peace.

18 Security Council 2 The Security Council can do several things to prevent war. Provide a place for the countries to discuss their problems. Place economic sanctions on countries. Send the country to the International Court of Justice. Military force can be used to keep or restore peace.

19 Criticisms of the Security Council
It is difficult to get the 5 permanent members to agree on anything. Not all countries are members.

22 International Court of Justice
The ICJ is located in the Hague (a city in the Netherlands). The building where the ICJ meets is the Peace Palace. The ICJ settles disputes within countries. They often hear cases involving war crimes. 15 judges- 9 year terms- up to 3 terms 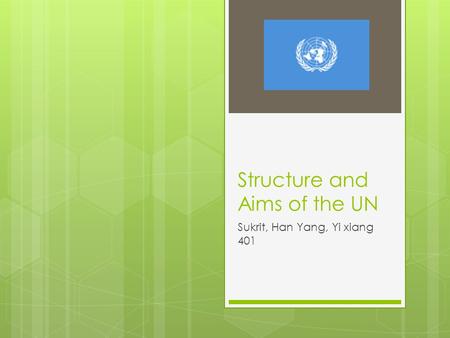 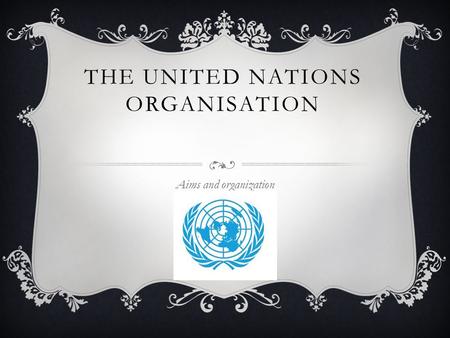 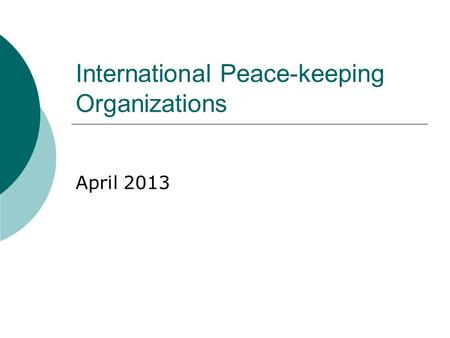 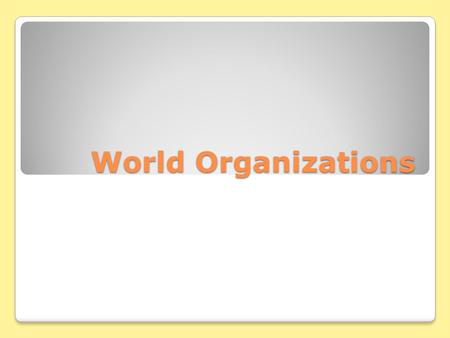