6 TRANSLATIONS Every point of a figure moves in a straight line, and all points move the same distance and in the same direction.

9 ROTATIONS Every point of a figure moves around a given point known as the center of rotation. All points move the same angle measure.

13 REFLECTIONS A line plays the role of a mirror, and every point in a geometric figure is “flipped” across the line.

17 ACTIVITY 3, PART 1 The Reflection of a Point

19 ACTIVITY 3, PART 2 The Reflection of a Triangle

22 Glide Reflection A combination of a translation and a reflection. 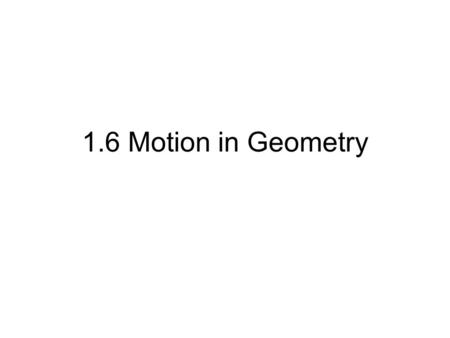 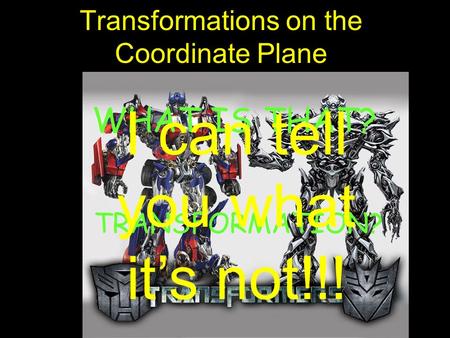 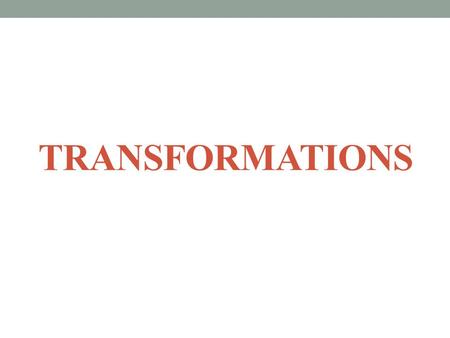 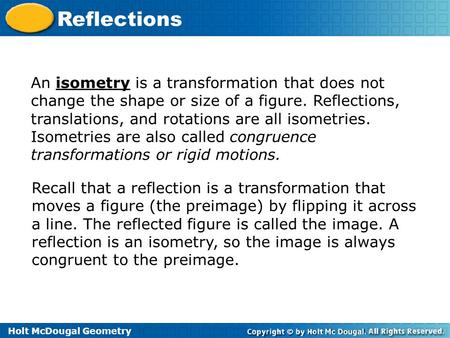 An isometry is a transformation that does not change the shape or size of a figure. Reflections, translations, and rotations are all isometries. Isometries. 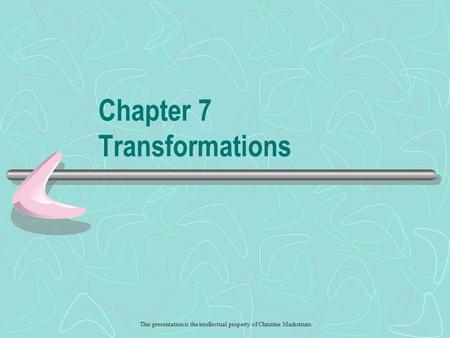 This presentation is the intellectual property of Christine Markstrum Chapter 7 Transformations. 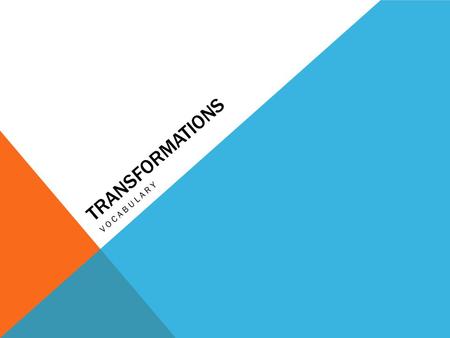 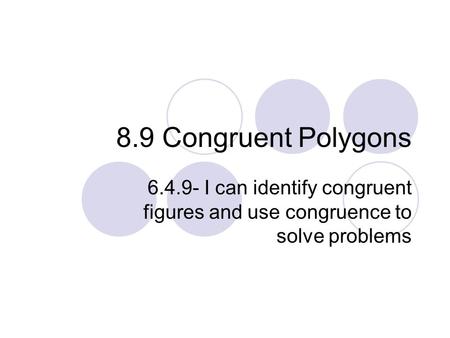 8.9 Congruent Polygons I can identify congruent figures and use congruence to solve problems. 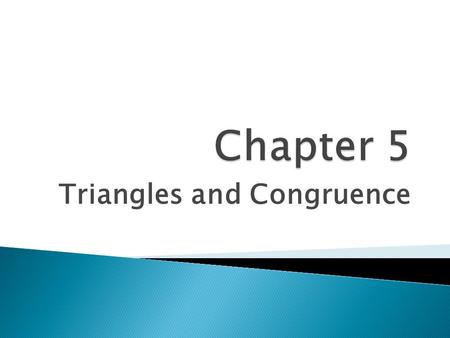 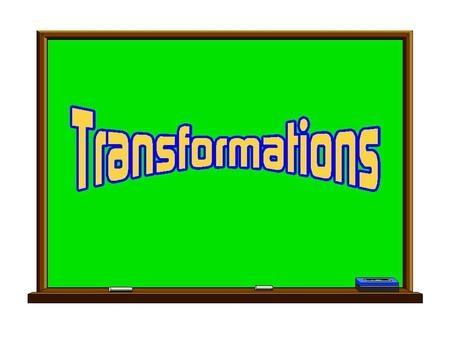 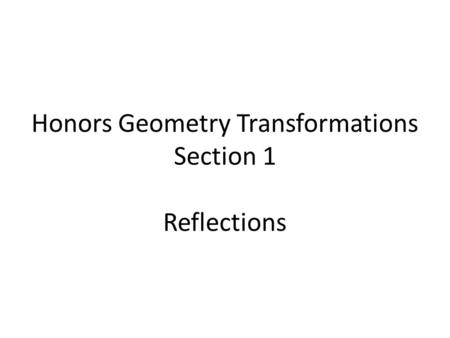 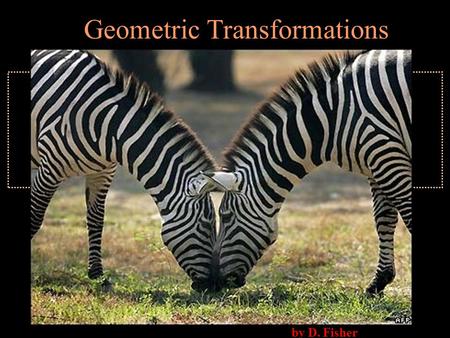 By D. Fisher Geometric Transformations. Learning Targets I can draw transformations of reflections, rotations, translations and combinations of these. 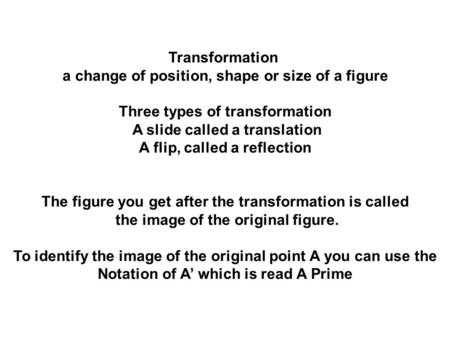 Transformation a change of position, shape or size of a figure Three types of transformation A slide called a translation A flip, called a reflection The. 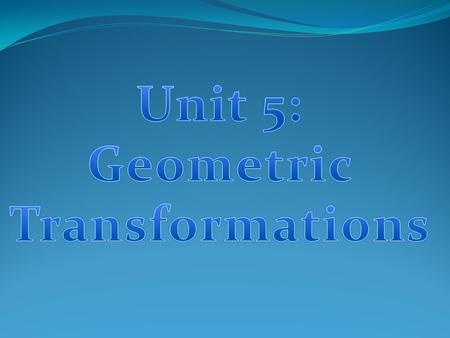 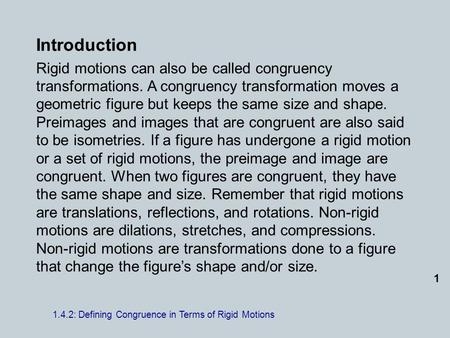 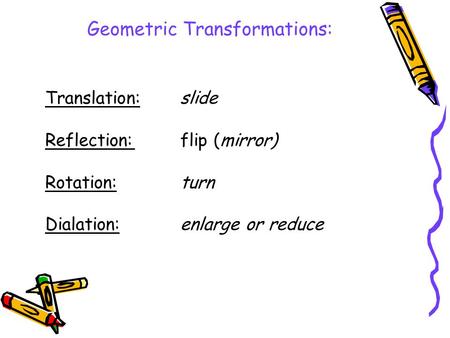 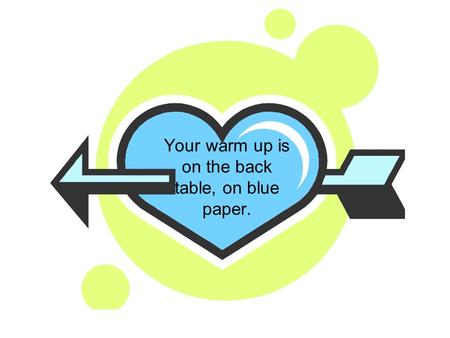 Your warm up is on the back table, on blue paper.. 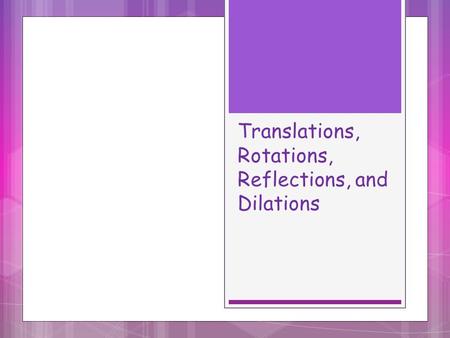 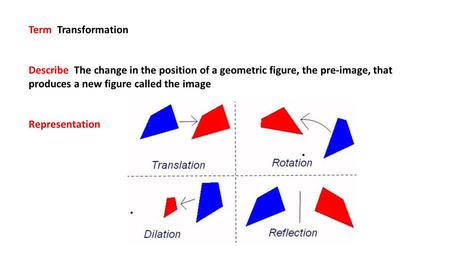 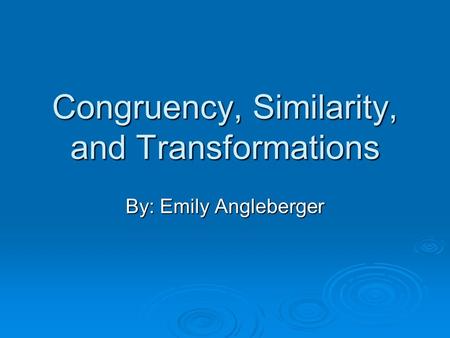 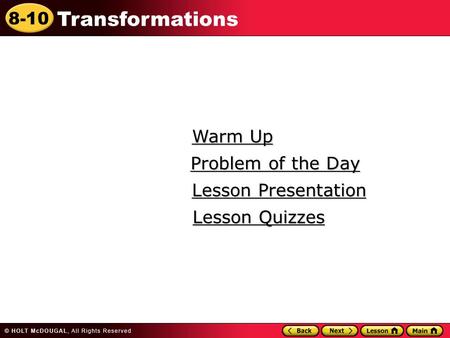