2 Pageant in front of the U.S. Treasury Building, Washington D.C. Part of the March 3, 1913, suffrage parade.

3 How did Women Address Gender Inequality & Other Reforms?

6 Womens Rights Womens rights advocates seek to break the Cult of Domesticity –T–T–T–The belief that women should only work in the home to perform domestic duties (children, house, family) Women call for property rights, custody rights for their children The right to vote, and sit on juries Campaign for equal political rights

8 Abolition of Slavery Women speak out for abolition of slavery Speak out against inhumane treatment of slaves, family rights for slaves Women writers and speakers call for an end to slavery and help to fuel the movement in the north

9 Temperance Movement Public Drunkenness remained a serious problem –W–W–W–Women viewed alcoholism as a family matter –B–B–B–Believed that alcohol use by men was hurting families and society Women became the leaders of the temperance movement. Temperance leasers convinced Congress to pass the Eighteenth Amendment in 1917 which established Prohibition. This made the sale, production and distribution of alcohol illegal in the U.S

10 How did Women Address Gender Inequality & Other Reforms? Women called rights equal to that of men (voting rights) Created schools for equal education called for the complete abolition of slavery, and helped the movement gain momentum in the North Viewed the temperance movement as a family values issue. Worked for the passage of the Nineteenth Amendment giving women the right to vote in 1920 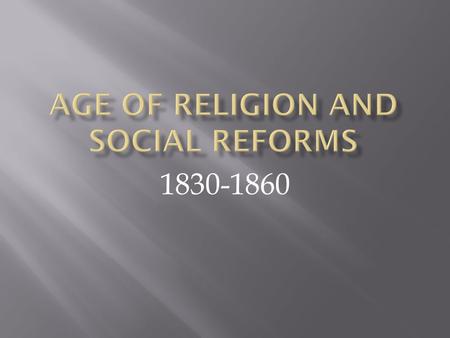 The 2nd Great Awakening 1. Was in the “Burned Over” District of NY, and across the entire nation. 2. A time of religious renewal in the nation. 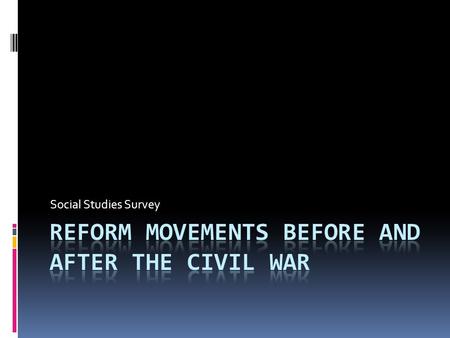 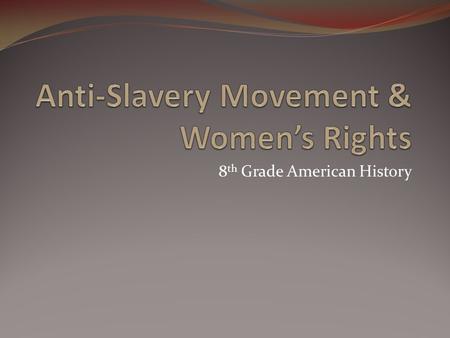