1 Growth of Monarch and Holy Roman Empire vs. Church
Chapter 9.1-2

6 Legal System Henry II: 1154 Expanded existing customs into law
Foundation of English common law Legal system based on custom and court rulings Applied to all of England Court charged a fee Preferred royal court over Church’s court Jury Group of men sworn to speak the truth Determined if cases would be brought to trial 12 neighbors of an accused

15 Popes vs. Emperors Pope Gregory VII Emperor Henry IV
Wanted Church independent of secular rulers Banned lay investiture Emperor presented bishops with ring and staff that symbolized their office Only pope had right to install bishops Emperor Henry IV Argued that bishops held lands as royal fiefs Felt entitled to give symbol of office Exchanged insulting notes with pope Gregory excommunicated him Forced to make peace Presented himself as a repentant sinner Gregory knew he was just trying to save throne, but forgave him Returned later for revenge, led army to Rome, and forced pope into exile

16 Concordat of Worms Struggle for 50 years
1122: both sides accepted treaty Agreed that Church had sole power to elect and invest bishops Emperors had right to invest them with fiefs

18 Frederick II Son of Henry and Constance Raised in Italy
Able and arrogant Spent little time in Germany Clashed with popes in Italy Failed to gain cities in N. Italy 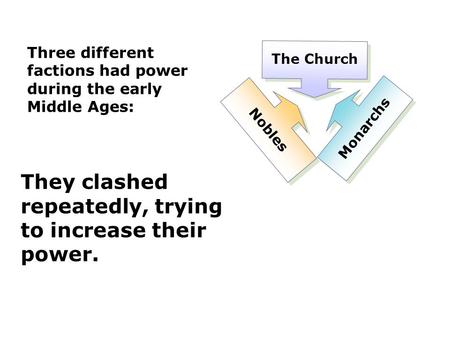 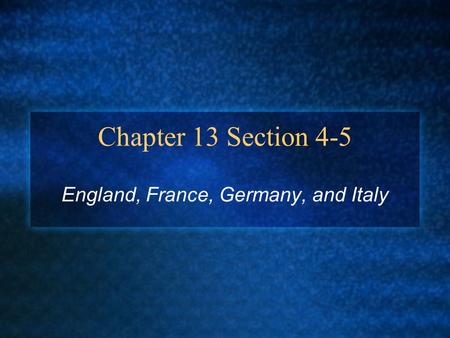 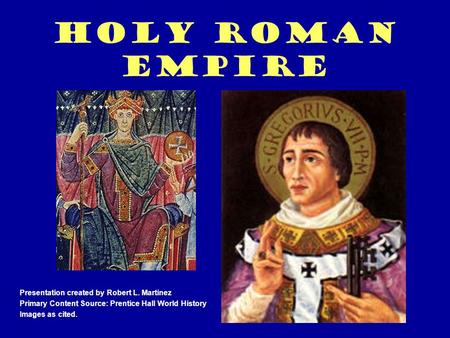 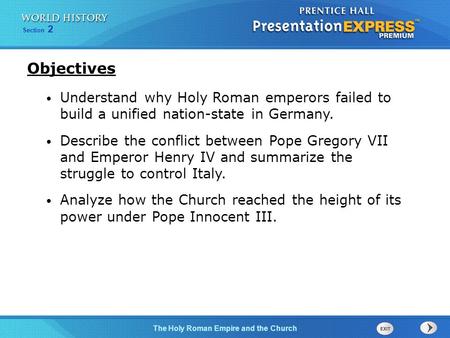