2 Energy flow in ecosystems
Biomass is the total mass of all living things in a given area. Biomass can also refer to the mass of a particular type of matter, such as organic materials used to produce biofuels. Biomass is generally measured in g/m2 or kg/m2 . Within an organism’s niche, the organism interacts with the ecosystem by: Obtaining food from the ecosystem Contributing energy to the ecosystem

3 How energy flows in ecosystem
Plants are called producers because they produce carbohydrates from carbon dioxide, water, and the Sun’s energy. Consumers get their energy by feeding on producers or other consumers. Decomposition is the breakdown of wastes and dead organisms by organisms called decomposers through the process of biodegradation.

7 Energy Flow and Energy Loss in Ecosystems: Food Chains
Consumers in a food chain can be classified as: 1. Detrivores – consumers that obtain energy and nutrients from dead organisms and waste matter Examples include earthworms, bacteria and fungi. Detrivores feed at every trophic level. Detrivores have their own, separate food chains and are very numerous.

10 This food web represents a terrestrial ecosystem that could be found in British Columbia.

13 Each level loses large amounts of the energy it gathers through basic processes of living.
80 – 90 percent of energy taken in by consumers is used in chemical reactions in the body and is lost as thermal energy. There is very little energy left over for growth or increase in biomass.

14 Ninety percent of this mouse’s food energy is used to maintain its life functions.

15 Lower trophic levels have much larger populations than upper levels.
This shows the importance of maintaining large, biodiverse populations at the lowest levels of the food pyramid.

16 Food pyramids are also known as ecological pyramids
Ecological pyramids may show biomass, population, or energy numbers. The amount of life an ecosystem can contain is based on the bottom level of the ecological pyramid, where producers capture energy from the Sun. Each level in the energy pyramid = a loss of 90 percent of total energy available. 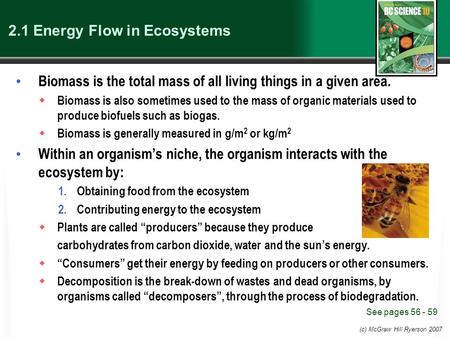 (c) McGraw Hill Ryerson Energy Flow in Ecosystems Biomass is the total mass of all living things in a given area.  Biomass is also sometimes. 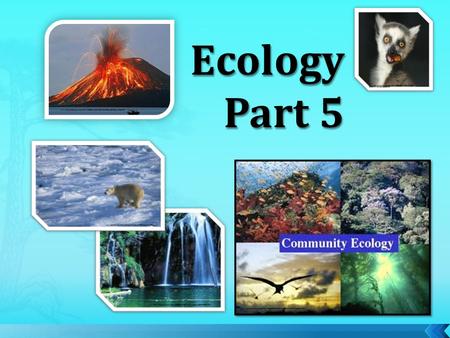 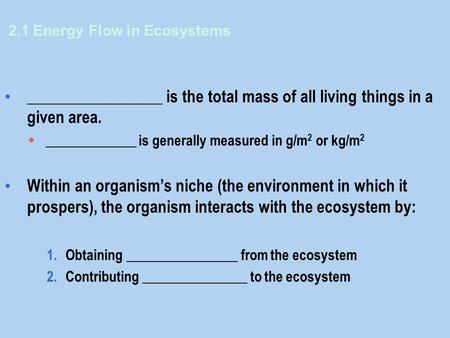 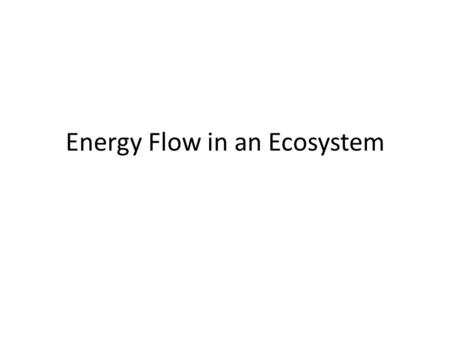 Energy Flow in an Ecosystem 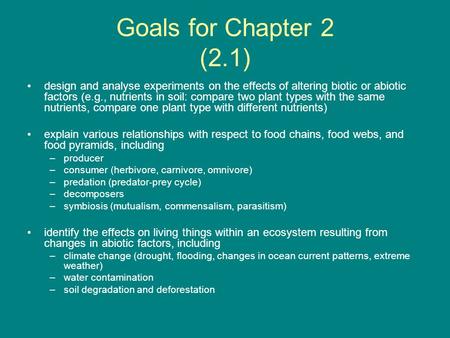 Goals for Chapter 2 (2.1) design and analyse experiments on the effects of altering biotic or abiotic factors (e.g., nutrients in soil: compare two plant. 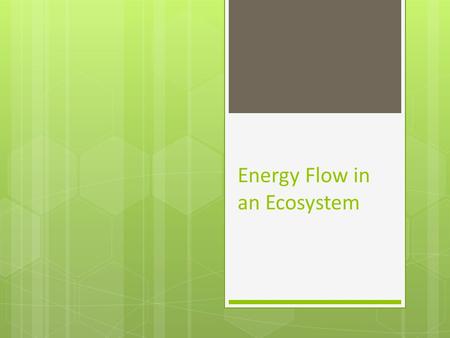 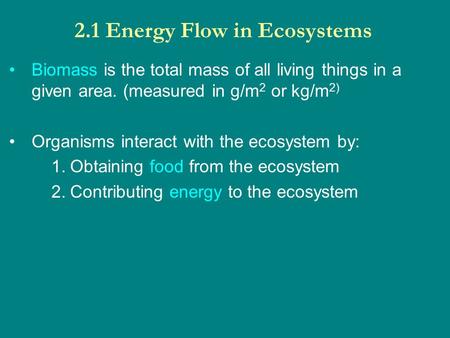 2.1 Energy Flow in Ecosystems Biomass is the total mass of all living things in a given area. (measured in g/m 2 or kg/m 2) Organisms interact with the. 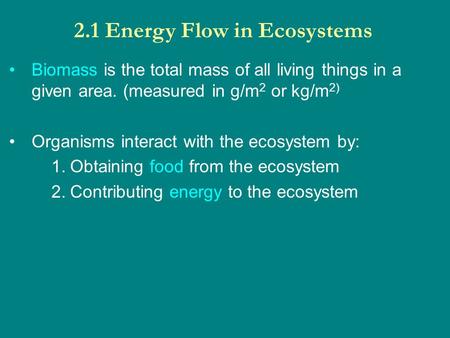 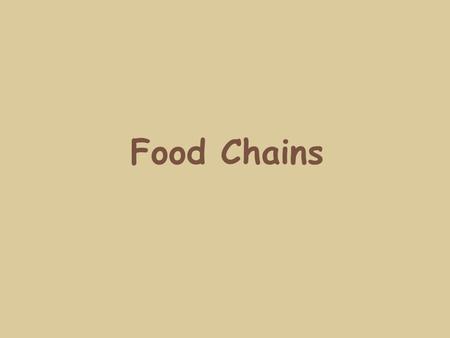 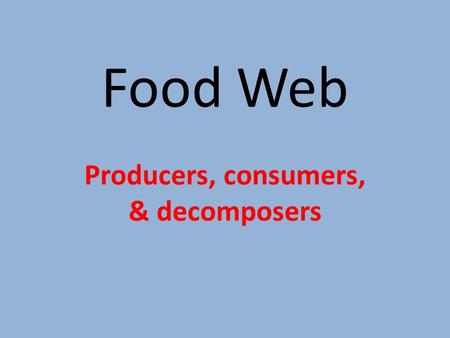 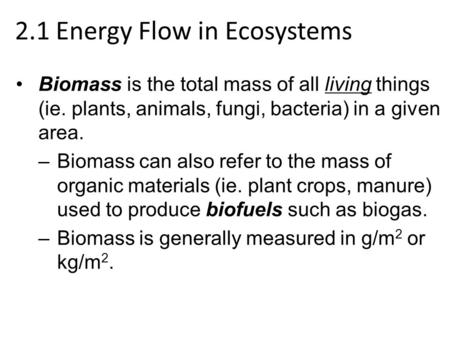 2.1 Energy Flow in Ecosystems Biomass is the total mass of all living things (ie. plants, animals, fungi, bacteria) in a given area. –Biomass can also. 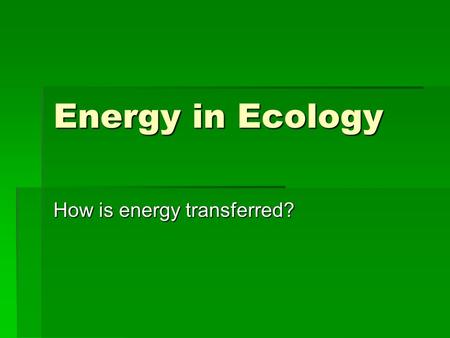 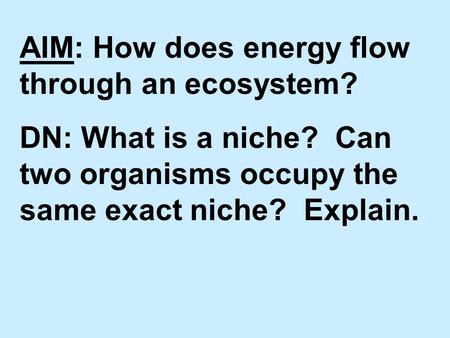 AIM: How does energy flow through an ecosystem? DN: What is a niche? Can two organisms occupy the same exact niche? Explain.