4 The testing process Component testing System testing
Testing of individual program components; Usually the responsibility of the component developer; Tests are derived from the developer’s experience. System testing Testing of groups of components integrated to create a system or sub-system; The responsibility of an independent testing team; Tests are based on a system specification.

8 System testing Involves integrating components to create a system or sub-system. May involve testing an increment to be delivered to the customer. Two phases: Integration testing - the test team have access to the system source code. The system is tested as components are integrated. Release testing - the test team test the complete system to be delivered as a black-box.

9 Integration testing Involves building a system from its components and testing it for problems that arise from component interactions. Top-down integration Develop the skeleton of the system and populate it with components. High level modules are tested first. Bottom-up integration Low-level modules tested first. It begins with unit testing followed by tests of progressively higher level combination of units. To simplify error localisation, systems should be incrementally integrated.

11 Release testing The process of testing a release of a system that will be distributed to customers. Primary goal is to increase the supplier’s confidence that the system meets its requirements. Release testing is usually black-box or functional testing Based on the system specification only; Testers do not have knowledge of the system implementation.

13 Testing guidelines Testing guidelines are hints for the testing team to help them choose tests that will reveal defects in the system Choose inputs that force the system to generate all error messages; Design inputs that cause buffers to overflow; Repeat the same input or input series several times; Force invalid outputs to be generated; Force computation results to be too large or too small.

14 Testing Scenario Referring to our LIBSYS case study, what possible tests can you think of for the system?

18 Stress testing Exercises the system beyond its maximum design load. Stressing the system often causes defects to come to light. The main purpose behind this is to make sure that the system fails and recovers gracefully -- this quality is known as recoverability. Stress testing is particularly relevant to distributed systems that can exhibit severe degradation as a network becomes overloaded. More information at

19 Component testing Component or unit testing is the process of testing individual components in isolation. It is a defect testing process. Components may be: Individual functions or methods within an object; Object classes with several attributes and methods; Composite components with defined interfaces used to access their functionality.

20 Object class testing Complete test coverage of a class involves
Testing all operations associated with an object; Setting and interrogating all object attributes; Exercising the object in all possible states. Inheritance makes it more difficult to design object class tests as the information to be tested is not localised.

21 Interface testing Objectives are to detect faults due to interface errors or invalid assumptions about interfaces. Particularly important for object-oriented development as objects are defined by their interfaces.

23 Interface testing guidelines
Design tests so that parameters to a called procedure are at the extreme ends of their ranges. Always test pointer parameters with null pointers. Design tests which cause the component to fail. Use stress testing in message passing systems. In shared memory systems, vary the order in which components are activated.

24 Test case design Involves designing the test cases (inputs and outputs) used to test the system. The goal of test case design is to create a set of tests that are effective in validation and defect testing. Design approaches: Requirements-based testing; Partition testing; Structural testing.

28 Partition testing Input data and output results often fall into different classes where all members of a class are related. Each of these classes is an equivalence partition or domain where the program behaves in an equivalent way for each class member. Test cases should be chosen from each partition.

35 Structural testing Sometime called white-box testing.
Derivation of test cases according to program structure. Knowledge of the program is used to identify additional test cases. Objective is to exercise all program statements (not all path combinations).

44 Test automation Testing is an expensive process phase. Testing workbenches provide a range of tools to reduce the time required and total testing costs. Systems such as Junit support the automatic execution of tests. Most testing workbenches are open systems because testing needs are organisation-specific. They are sometimes difficult to integrate with closed design and analysis workbenches.

46 Assignment 5 Check the weblog for assignment 5 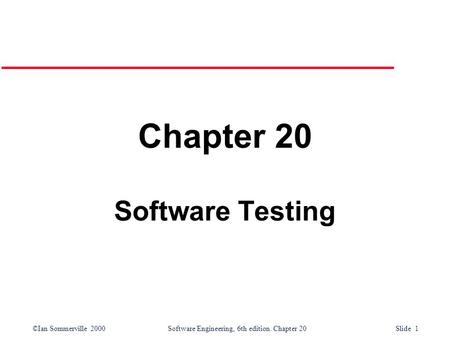 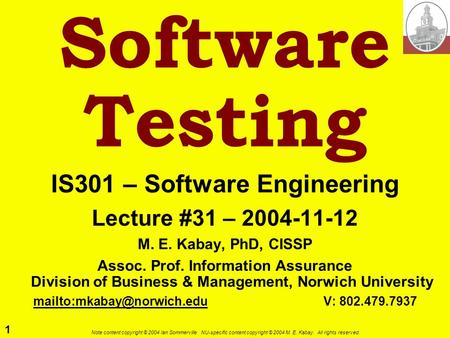 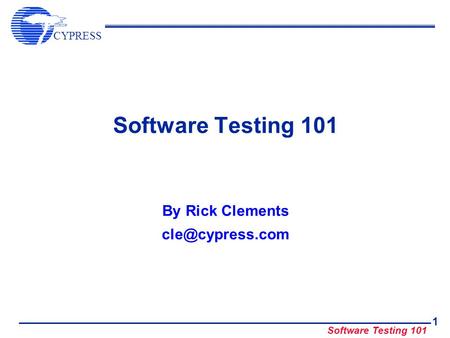 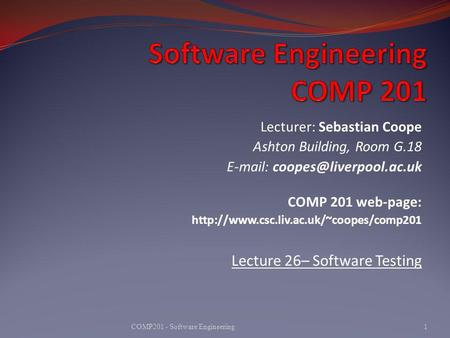 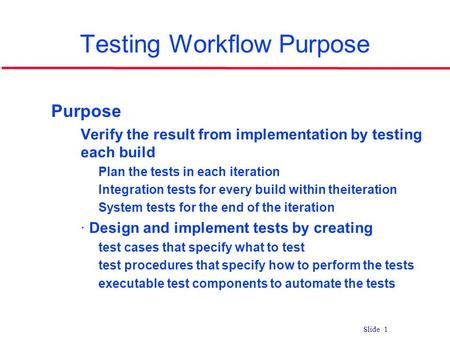 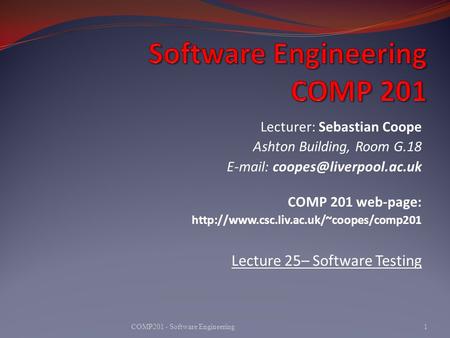 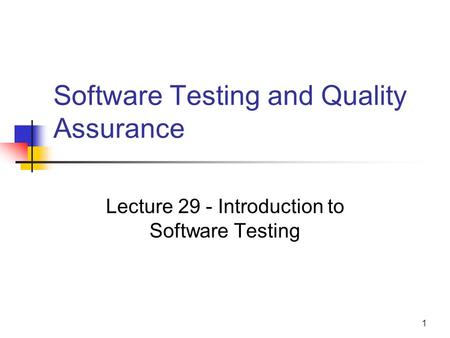 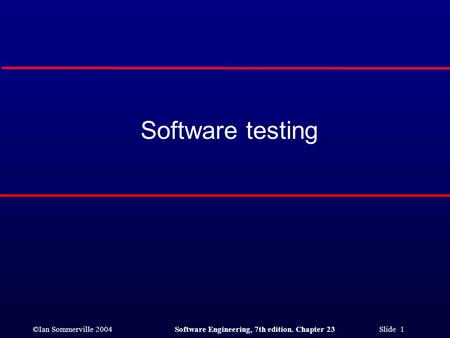 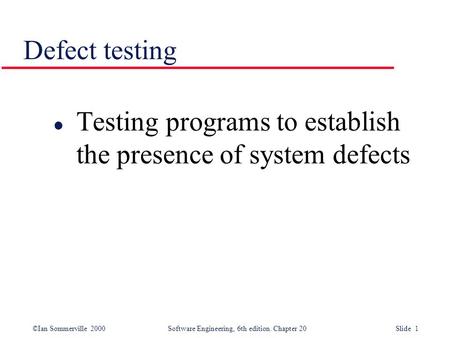