It is a lot easier to immigrate to another country with technology than in the past. The Vietnam war happened between 1949-1975. Vietnamese people came.

Presentation on theme: "It is a lot easier to immigrate to another country with technology than in the past. The Vietnam war happened between 1949-1975. Vietnamese people came."— Presentation transcript:

1 It is a lot easier to immigrate to another country with technology than in the past. The Vietnam war happened between 1949-1975. Vietnamese people came at this time because of the war and political pressure. People also immigrated from European countries after the war. This tells us that most people in St Albans are recent immigrants. 26 people interviewed have immigrated in the last 50 years. This is far more than any other answer. 4 people immigrated between 1800 and 1900. Only 2 people immigrated in 1700-1800 and 1900-1950.

2 The people might have come to Australia because of religious and political persecution and pressure and also because of war. The immigrants want to be with their family who have also immigrated. Australia is a lucky country. People want to come here because they feel life, land, technology, weather, jobs, people are all better than their own country. This graph helps us by showing us the different reasons for coming to Australia. The main reasons were for freedom, family and a better lifestyle

3 Some people like Australia the way it is. When they arrived they felt welcome and safe and happy. They did not feel scared or unhappy about coming. Most people (14) thought Australia was good and then beautiful (8), peaceful and free (7) and hot. We wonder when most people immigrate, is it in summer or winter? Some people don’t know because they were children or too young, when they came.

4 Very few people came with friends. This is because family is very important and you always stick by your family all your life. You can make new friends in Australia not new family. They might have come alone because they did not have enough money to take family or they might have been a refugee. Many came as children with their parents. This shows that these people have grown up in Australia and have had their own families. Therefore, we are those children. We are mostly Australian but our parents are mostly born overseas. Most people said that they came on their own or with their family as a child. Not many came with friends or brought their families as adults.

6 Sometimes when you migrate, you can’t take many things with you, so you just take basic things like clothes, a few photos and a few other things. This may be because some of these people may be refugees or poorer people because refugees only can bring the clothes they are wearing. Most people bring clothes and photos. Not many people bring religious or traditional items, heirlooms or money. We think not many people understand what heirlooms are.

7 Most people in St Albans have come to Australia recently. It is rare that people arrive by boat, unless they are refugees. Most people fly these days because it is easy, quick and convenient. We think the people who came by plane and boat are refugees who sought asylum in refugee camps in Malaysia or Thailand and have traveled to Australia by plane from those countries when they have received visas. 18 people came by plane. 11 by boat. 4 by plane and boat. Are these people refugees?

8 This might mean that most of the people we surveyed settled in St Albans East here because of family. This is important because family can help you settle by letting them live with you first, showing you around, helping with money and school etc. Most of our families were in refugee centres in other countries but had visas for Australia. Most people first settled in a family member’s house or a friend’s house. The next three places were equally settled. These were in the suburbs, in a refugee camp and in a detention centre.

9 Immigrants feel that Australia is a country that will give you a better future and people only used positive words to describe coming to Australia. Most people wanted a better future. All answers were popular. All were also positive. If we did this again we would make some bad so we could see if they really liked Australia

11 What do you remember about your country? This might mean that they found it difficult to leave their country behind and to easily settle in Australia Their country may have had war and conflict but it also was their home and family. That is very important. We think some people still have school as a memory because in another graph, it said that most people left their country as children and school was important to them when they left.We need to consider this when taking action. People of all ages immigrate to Australia. This shows us a lot of people remember their family and friends they left behind and the war and conflict and the 3 rd main memory was of school.

Download ppt "It is a lot easier to immigrate to another country with technology than in the past. The Vietnam war happened between 1949-1975. Vietnamese people came." 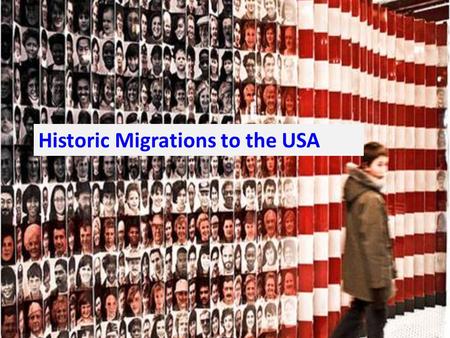 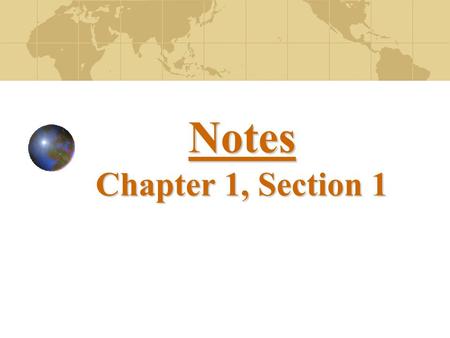 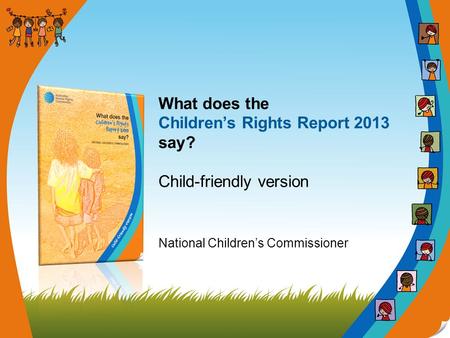 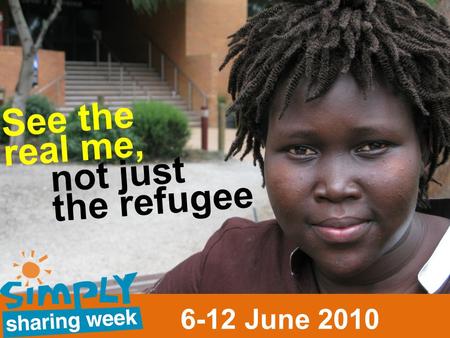 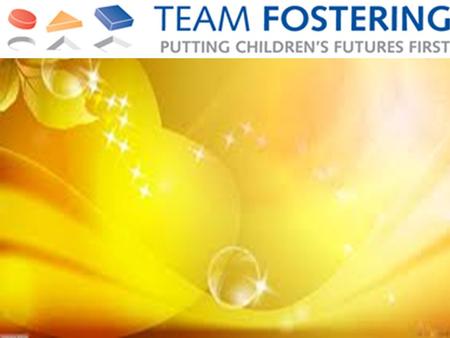 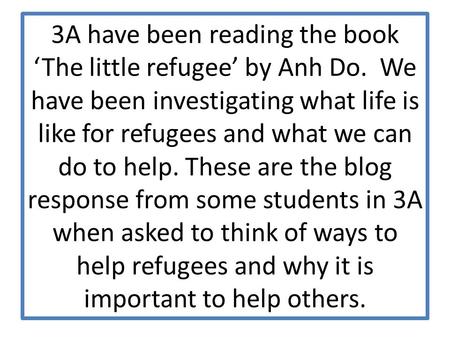 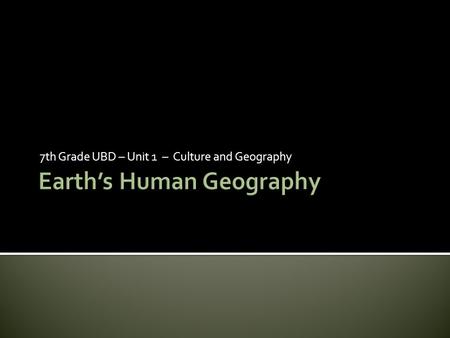 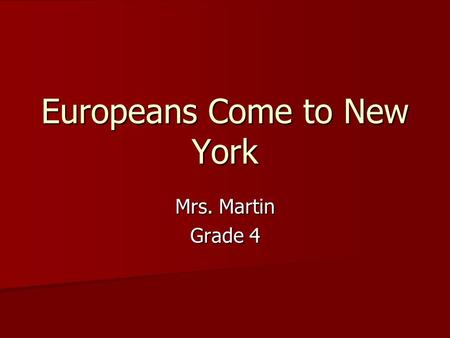 Europeans Come to New York Mrs. Martin Grade 4 Do you know where Asia and Europe are? Let’s Look…. Let’s Look…. 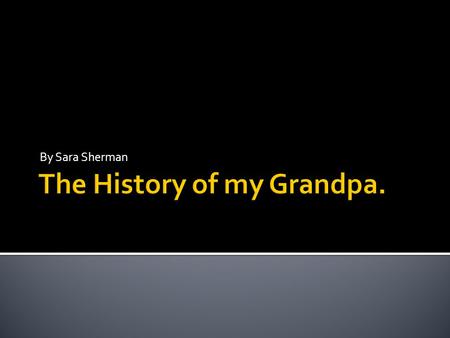 By Sara Sherman. Here are some historian facts about my Grandpa. First, I am going to tell you what the ethnic history of my Grandpa is. My Grandpa is. 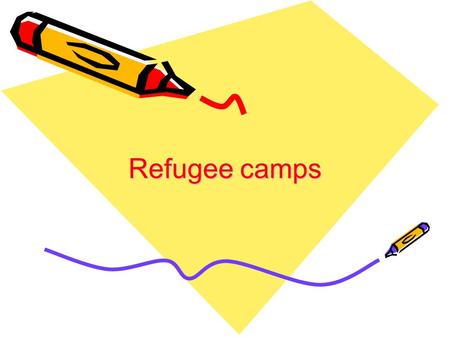 Refugee camps. Question 1 A low supply of food and water. Leaving your family to go to a refugee camp. If you come from one state that’s main language. 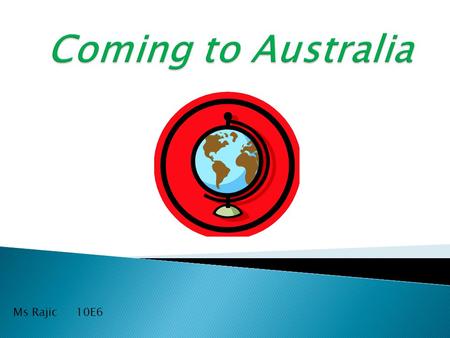 Ms Rajic 10E6. At the start of the year 2000, one in every four people living in Australia was born overseas. There are many reasons why people decide. 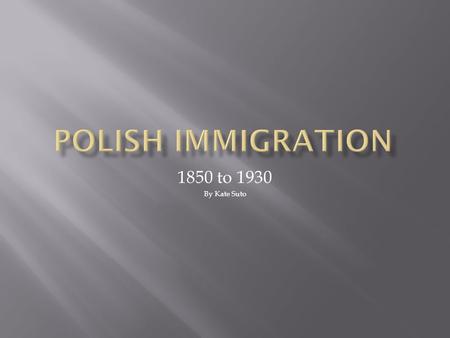 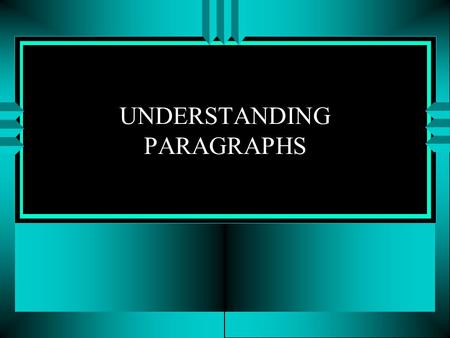 UNDERSTANDING PARAGRAPHS. INTRODUCTION A paragraph is a group of sentences. Every sentence in a paragraph is about the same topic. Example of a GOOD paragraph: 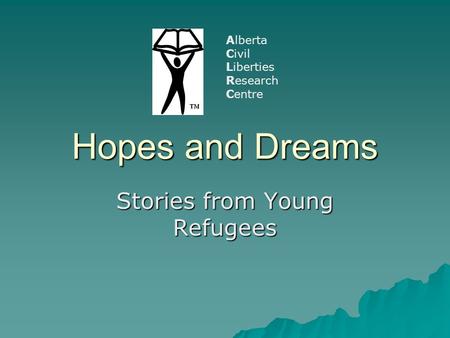 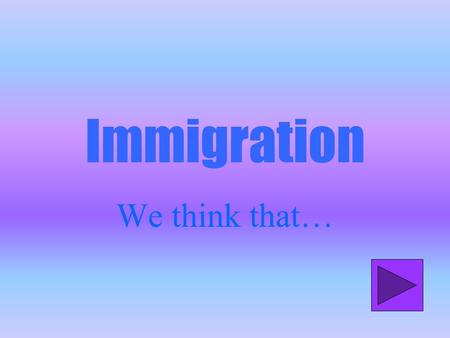 Immigration We think that…. Immigration in Italy from foreign countries is quite recent: nowadays we are all in contact with habits and cultures different. 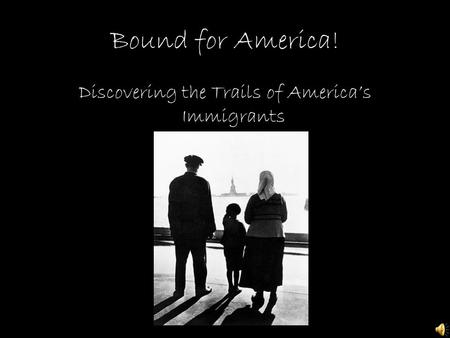 Bound for America! Discovering the Trails of America’s Immigrants. 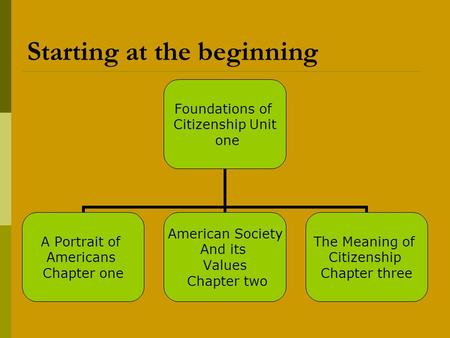 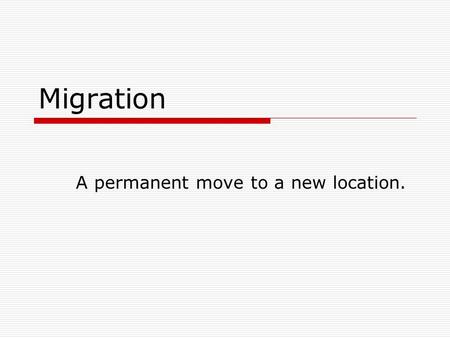