2 2 Introduction With the advent of 3G networks there is expected to be an explosion in mobile computing, both for macro and micro device users. More and more the applications used by mobile users will be geared towards having a higher downlink than uplink bandwidth. It is estimated that by 2005 the required downlink traffic will be approximately 4 times that of the uplink data traffic.

4 4 Introduction (Continued) TDD-CDMA based 3G networks allow for dynamic asymmetry between uplink and downlink channels. This asymmetry can be exploited to provide optimal bandwidth to the users of the system. Downlink Traffic Uplink Traffic Base Station

5 5 Aim Accurately simulate the MAC layer characteristics of a TDD-CDMA System. Dynamically Exploit the Asymmetry between Downlink and Uplink bandwidth allocation. Show through simulation the superiority of a Dynamic Solution.

6 6 Time Division Duplex – Code Division Multiple Access Users are separated in both the time and code domain. Traffic is divided into TDD Frames of 10ms in duration. It contains 15 Timeslots which can be used by either the uplink or the downlink. Downlink Timeslots are in the first part of the Frame and Uplink Timeslots in the second. The maximum possible asymmetry is 14:1

8 8 Wireless MAC Protocols Wireless terminals can transmit and receive information from a centralized base station across a shared medium. It is necessary to invoke a procedure that will distribute the transmission of packets amongst all users within the cell. This procedure is known as a medium access control (MAC) protocol.

11 11 Fixed Channel Allocation (FCA) Traditional FCA provides symmetrical bandwidth to the Uplink and Downlink. This is true for W-CDMA FDD mode. Useful for Symmetric Traffic. Asymmetrical FCA allows for an Asymmetric allocation of bandwidth. Asymmetric allocations can be empirically determined for different traffic profiles. Such schemes are unable to deal with instantaneous bursts of traffic in either direction or changes in traffic profile.

12 12 Dynamic Channel Allocation (DCA) Bandwidth can be allocated dynamically to each link. It is necessary to determine a way to do this effectively. Statistical DCA (SDCA) uses a weighting function for each link to determine the bandwidth required. Fair Share DCA (FSDCA) schedules packets in order and then from the scheduling determines the required bandwidth.

13 13 Fair Packet Loss Sharing (FPLS) FPLS is a scheduling algorithm derived from WISPER WISPER schedules packets on a link based on their delay and quality of service (QoS) requirements FPLS further prioritizes packets in such a way as to spread the loss of packets, inherent in an overloaded MAC layer, across all users in a fair manner

14 14 Fair Share Dynamic Channel Allocation (FSDCA) Packets from the uplink and downlink are ordered by delay and QoS requirements and then by FPLS. Packets are then Scheduled within the TDD frame. Scheduling is based on a linear search of the available timeslots in the Frame. Once a Timeslot has a Packet from link X scheduled in it. Further packets scheduled in this Timeslot must be from link X. The bandwidth allocation is then determined from the way in which the packets have been scheduled.

15 15 Simulation Java MAC Layer Event Based Simulation QoS is determined by calculating the number of Packets that were dropped by the MAC Layer scheduling algorithms (i.e. Packets that could not be scheduled within their Time to Live) No investigation of physical layer characteristics was undertaken Simulated over 30 Hours using a cluster of 15 P4-1.8GHz Linux Machines

18 18 Conclusion Dynamic Bandwidth Allocation, Specifically FSDCA, gives a great increase in the number of users that can be supported. FPLS is a superior method for scheduling packets It spreads the losses of packets incurred in an overloaded system over all uses and also throughout the duration of a call

19 19 Future Work Admission Control Policy Currently all calls are admitted degrading the QoS of everyone. There needs to be an heuristic to determine which calls to block Multi-Cellular Simulation This is a single cell based simulation. This shows that FSDCA would be effective in isolated Piconets. But has not been proven in a multi- cellular environment. There is some evidence to suggest that it would perform well. This could be shown mathematically 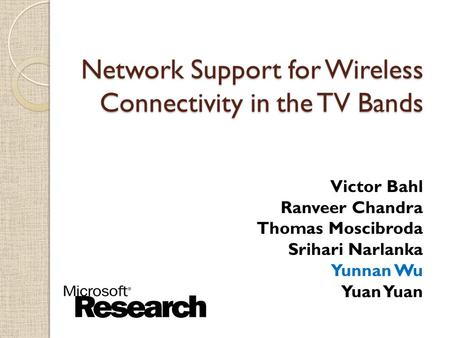 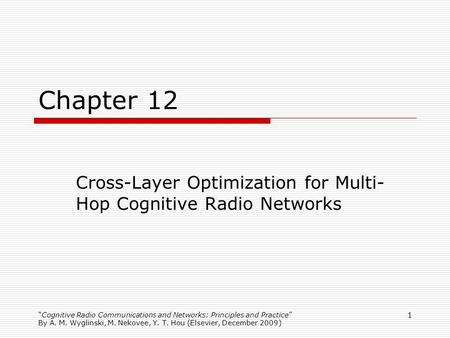 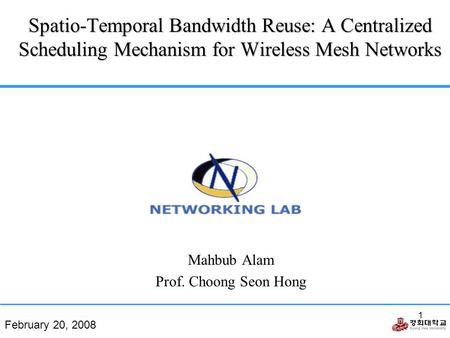 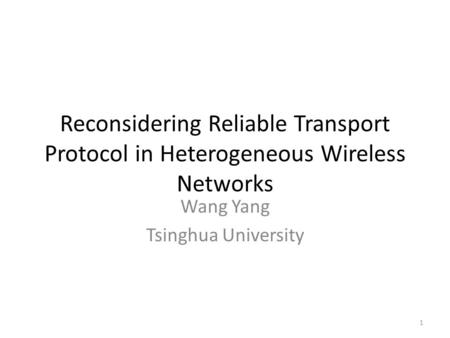 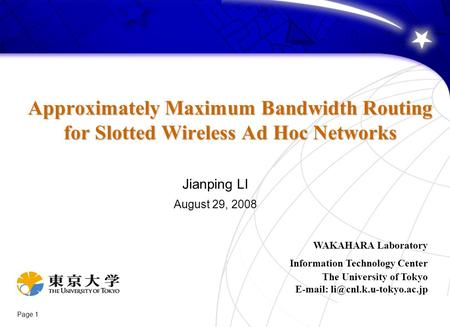 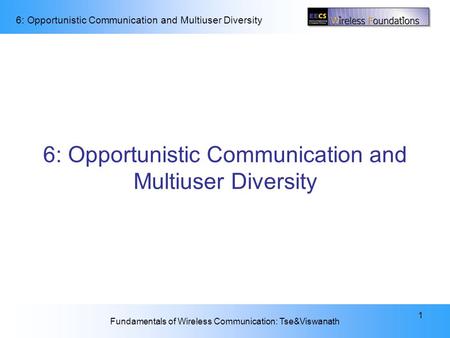 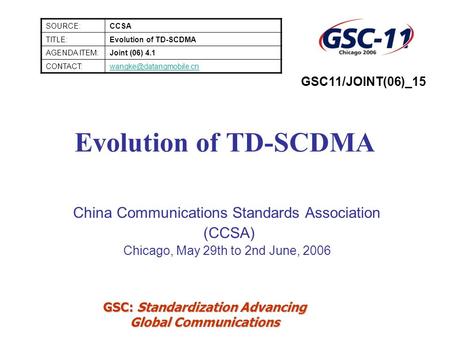 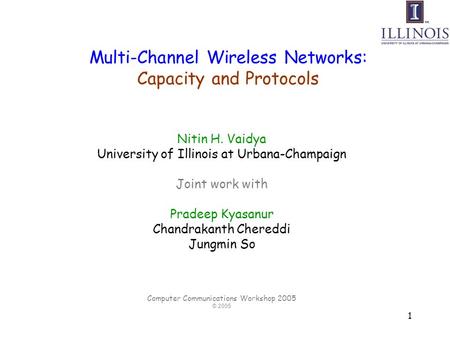 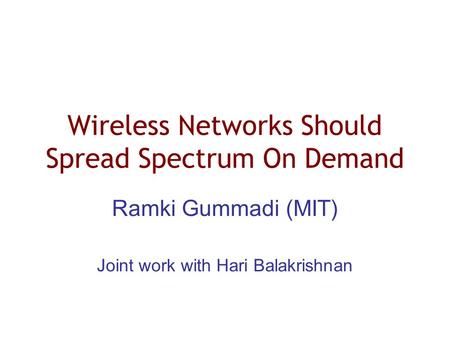 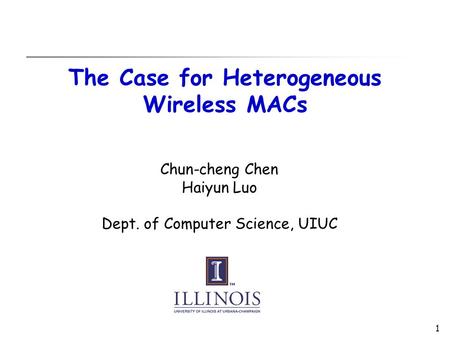 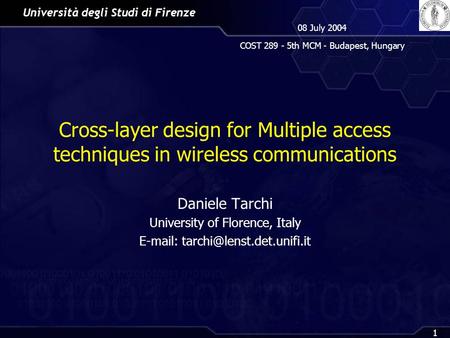 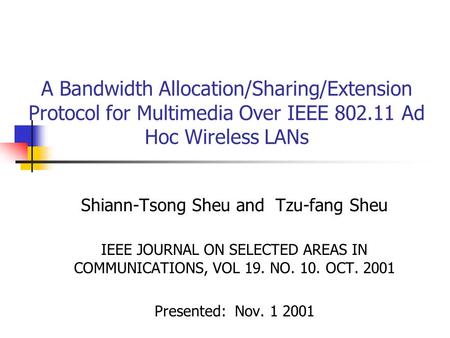 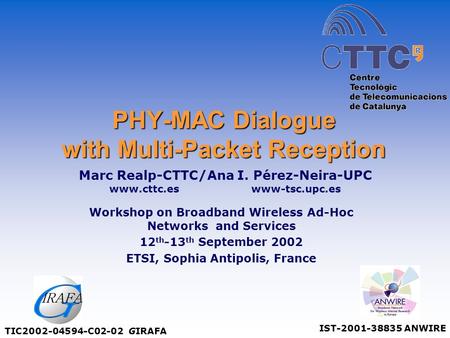 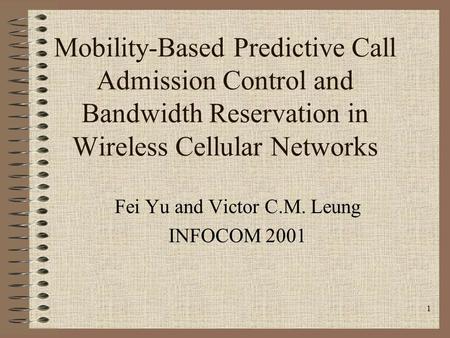 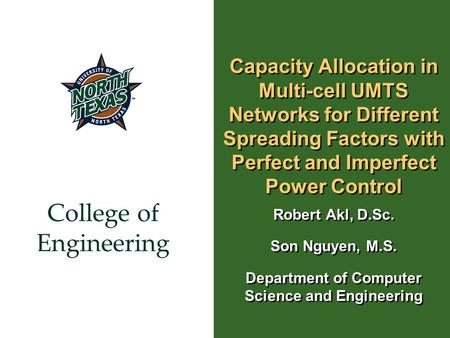 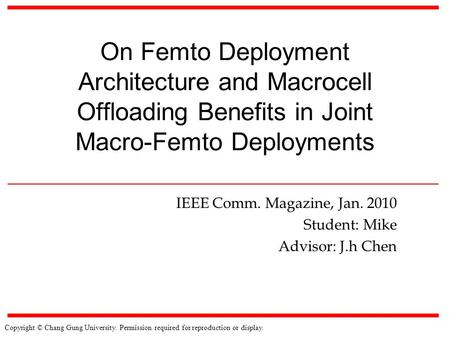 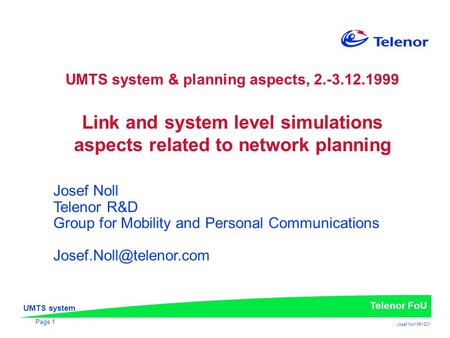 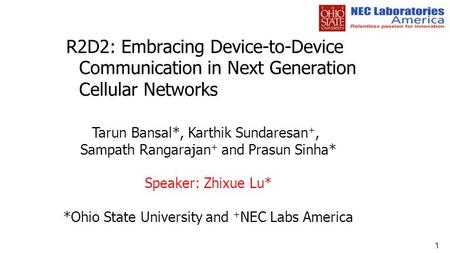