3 Behaviorism “Give me a dozen healthy infants, well formed, and my own special world to bring them up in and I’ll guarantee to take any one at random and train him to become any type of specialist I might select- doctor, lawyer, artist, merchant, and yes- beggar man and thief” --John Watson

4 Learning Learning: a relatively permanent change in behavior that can be attributed to experience

5 The Role of Learning Do some psychological characteristics result from learning?

7 Stimulus/Response Stimulus: the presentation of something (i.e. food, a noise, music, a puppy) Response: a reaction to the stimulus

9 Classical Conditioning
Pavlov: Dogs: to study digestion Salivation would occur when meat powder was placed in the dogs’ mouths

13 Classical Conditioning: How does it work?
Unconditioned response: a response that occurs naturally and does not have to be learned i.e. salivating to food: a natural response

15 Classical Conditioning: How does it work?
Conditioned response: the response that is not naturally occurring, but has been learned or conditioned.

20 To Review.... Classical conditioning involves learned through association We can learn to fear, or respond in some way to previously neutral stimuli

21 Higher order conditioning
Extending the conditioning process by a step Example: clap, ring the bell, then salivation occurs we don’t need to present food because the bell has already conditioned the response Clapping would eventually cause salivation

22 Extinction We can weaken the conditioned response (salivation to the bell) by removing the reinforcement If we never introduce food again, the dogs will eventually stop salivating to the bell

23 Spontaneous Recovery Even after extinction, the learned response may come back suddenly There may be food this time

25 Stimulus Discrimination
Learned ability to respond differently to different stimuli If certain stimuli are no longer associated with the noise, the fear reaction will not be elicited i.e. introduce the mouse but no noise, eventually Albert will fear the bunny, but not the mouse

26 Real-life application
Phobias: intense, unrealistic fear reactions to a stimulus or situation Conditioned emotional response: we learn to fear certain stimuli Vicarious classical conditioning: if we see something aversive happen to someone else

27 Treatment: Systematic Desensitization
Slow exposure to the stimulus, paired with relaxation techniques Support for this in the research In contrast: Flooding: introducing us to the stimulus all at once

38 Superstitions We repeat them because the appear to be reinforced
i.e. lucky socks  winning a game

39 Partial Reinforcement
Pattern where only certain responses are reinforced i.e. slot machine More resistant to extinction Over time, we may be rewarded, so we keep trying

40 Are punishments effective?
Based on: Timing (should be right after the bad behavior) Consistency (punish it every time) Intensity (strength of the punishment) How can we teach kids without using punishments?

42 Television and Violence
Lots of violent t.v. is correlated with aggression Does not prove causation Identification with the aggressor? 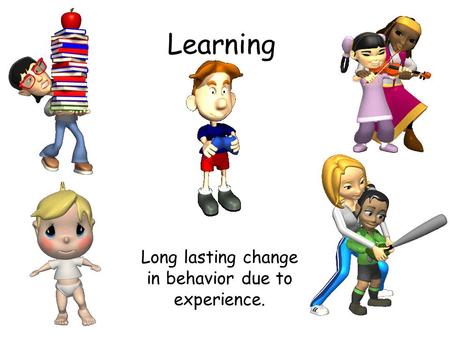 Learning Long lasting change in behavior due to experience. 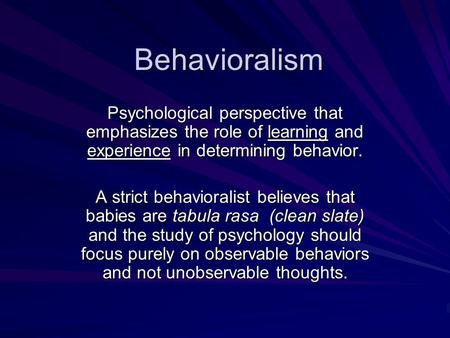 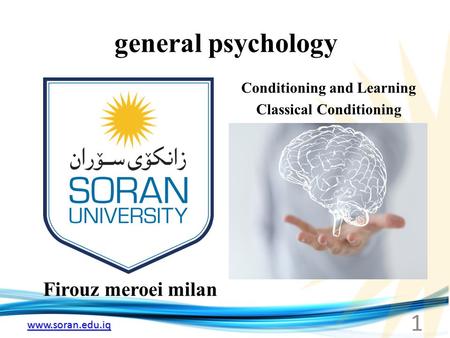 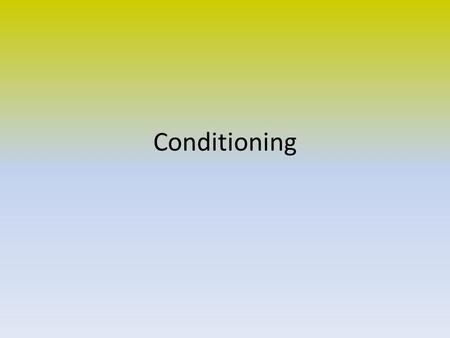 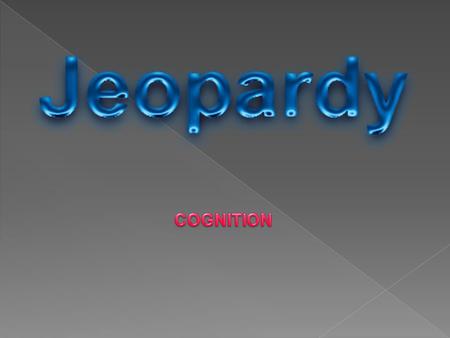 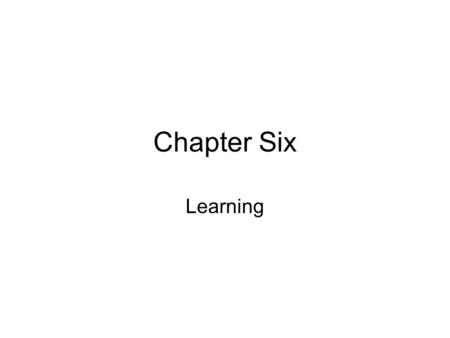 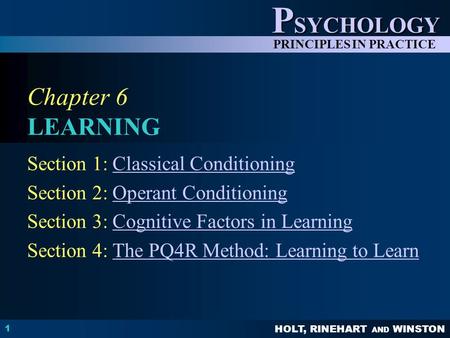 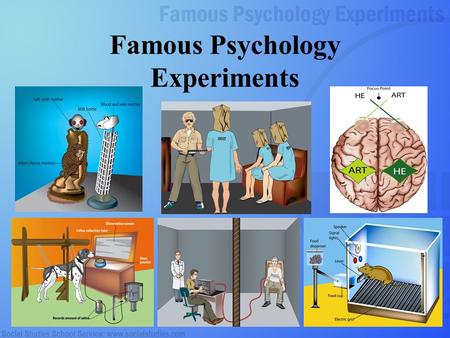 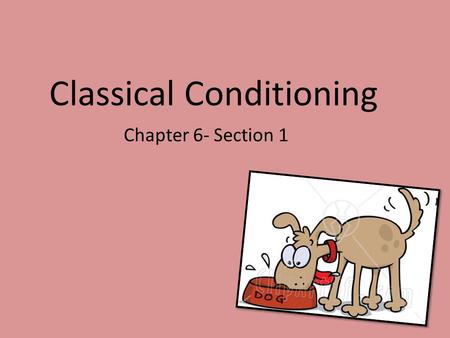 Classical Conditioning Chapter 6- Section 1 Learning is achieved through experience. If we are born knowing how to do it, it is not the result of learning. 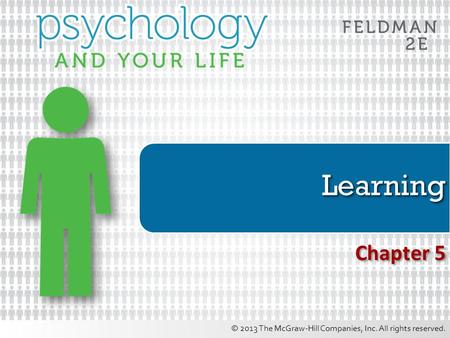