3  Involved within the project from the KickOff meeting in Limerick in December 2011.  The project’s “Info Day” was held in January 2012 at UPKM  The project's staff members presented the most important objectives of the project to stakeholders (librarians, teaching staff, students)  The received questionnaire were translated and adapted and distributed to the project meeting participants.

4  During February and March of 2012 several meetings were organised with vice Rector for education, and Deans of some faculties.  Based on the information collected from the questionnaire and the discussion from the Info Day, meetings was aimed: - to investigate the possibility of having such a course at the University, - to analyse evaluation and accreditation process - to discuss organizational facilities for establishing IL course, - check if there is a course on Information Literacy or a similar one.

5  Other issues which were taken into consideration: - the Syllabus was discussed and compared with the similar courses that were found at couple of faculties, - the matter of implementing the Syllabus at the faculties, - general discussion on the questions that appear in the questionnaire used for the survey

6 Following answers were collected:  There isn’t any course on IL in the form of presented Syllabus,  There are courses dealing with similar issues, and with some aspects of Information Literacy (Academic Writing, Methodology of Scientific Work, Techniques of Doing Research Projects, etc.)  The parties were interested in implementing the IL course in general.

7 Based on the survey results, analysed materials (guidelines, the final draft of syllabus and suggested Online module) and the conducted interviews, following conclusions were made:  Introduce the course to BA students  It should include all seven unites mentioned in Syllabus.

8  Elective or mandatory? - it should be left to educational council to determine - elective is preferred  When it comes to IL experts, the preliminary contact were made with teachers that are teaching courses dealing with IL in order to find out if they would be ready to take over a course on IL, with or without additional training  Students would benefit from manual, textbook or similar book on IL, preferably in native language

9 In October 2012 Field Monitoring meeting was held at our University, conducted by local Tempus Officer and in presence of the Vice-Rector for education and the University General Secretary.  At the meeting, members of all groups presented their activities in the project, and questions from the FM questionnaire was discussed.  We are happy that the FM was evaluated as successful

10 After discussion, conclusion was made that the Vice-Rector will offer two proposals to the University Educational Board, which consist of Deans of faculties:  The first suggestion is that Vice-Rector should offer the IL module to the Deans of faculties who would discuss it on their faculties’ educational boards. If they chose to introduce it as one of courses at their faculty it should be a course awarded with 3 ECTS credits and integrated within respective study programme.

11  the second suggestion is that the Vice-Rector would suggest to the University Educational Board to introduce the IL course at the University level, precisely, to organize the course in the University Library or in the Centre for Career Development.  This would help fulfilling the LLL concept of the project, and help sustainability, as this would be open to the general public.

13 Re-accreditation of study programs is ongoing so hopefully this will be used to implement course where’s possible. Work in progress:  Process of the course integration within study programs commenced at several faculties.  Exploring the best possibility for further project dissemination  Exploring of the option to accredit the course without a valid IL expert

14 What would help:  References, literature in native language or English.  Examples of representative faculties that have IL implemented in their study programs.  Operational web site with all relevant and up to date info  Working OnLine module, preferably completely translated to native language  Clarification of the training process

15 Thank you for your attention. 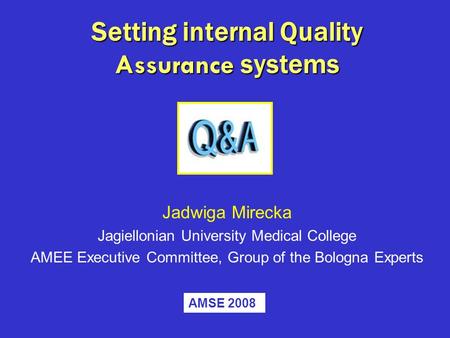 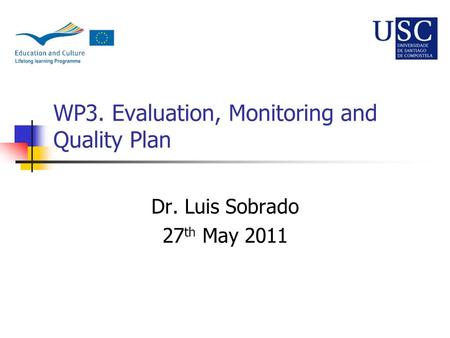 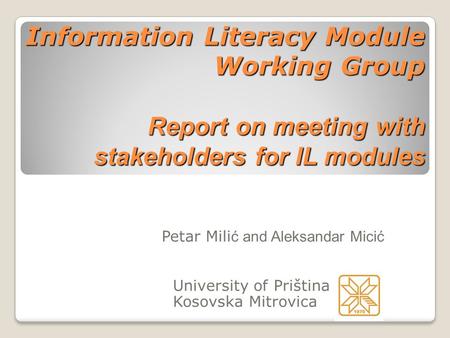 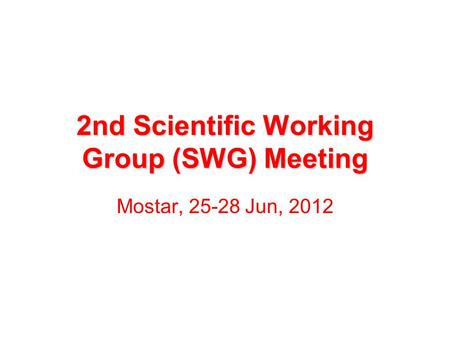 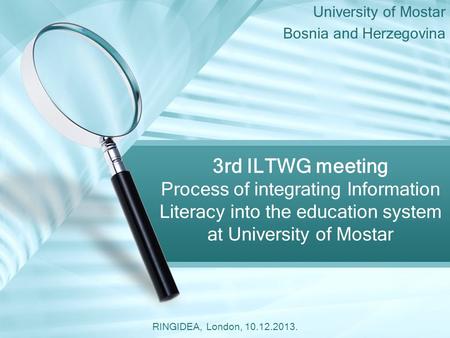 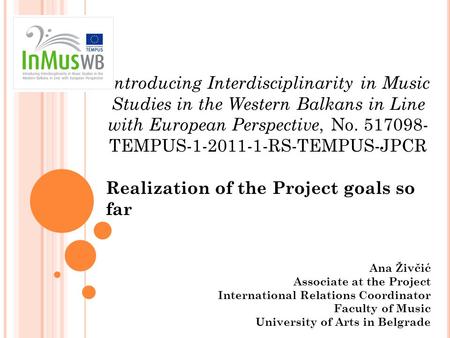 Introducing Interdisciplinarity in Music Studies in the Western Balkans in Line with European Perspective, No TEMPUS RS-TEMPUS-JPCR Realization. 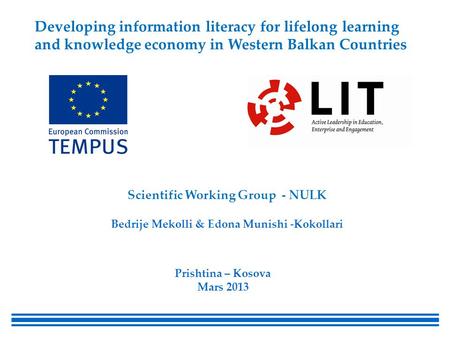 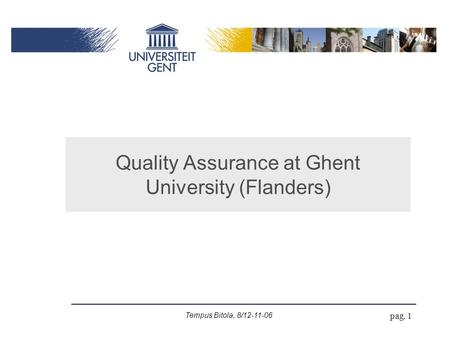 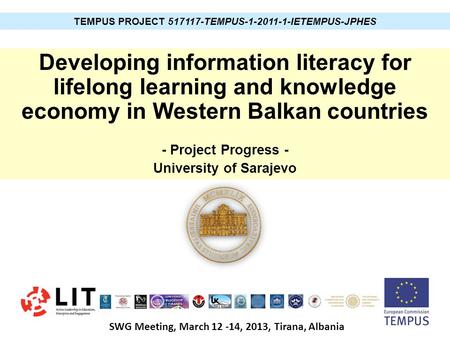 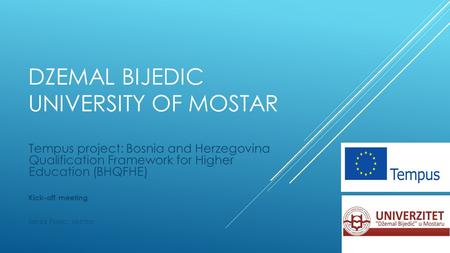 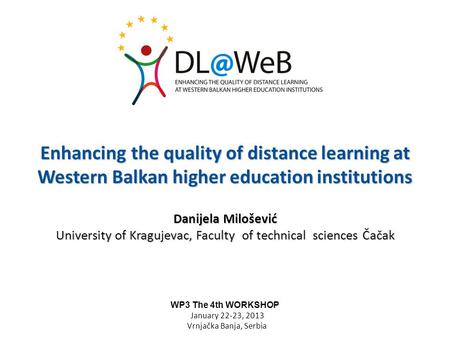 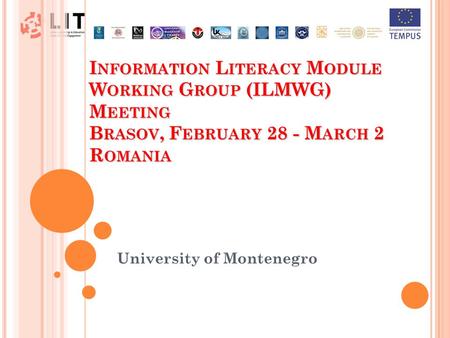 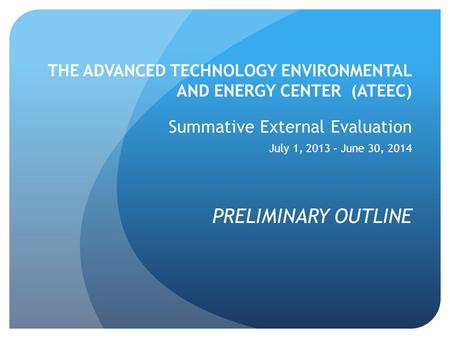 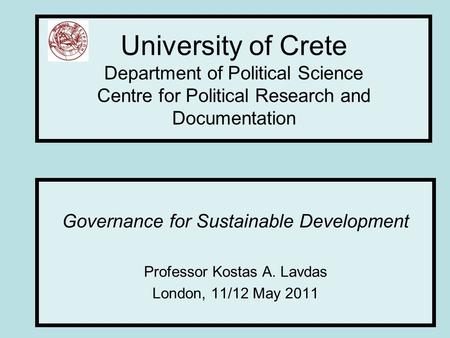 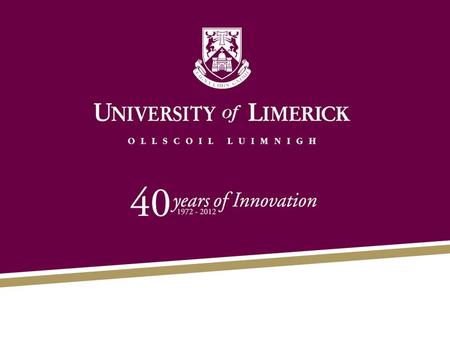 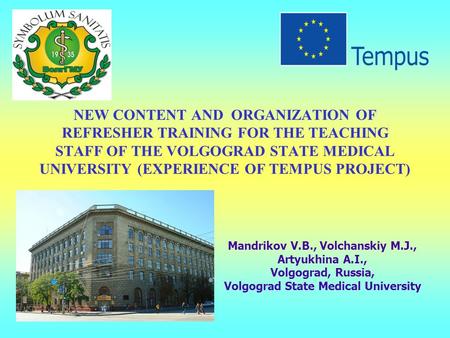 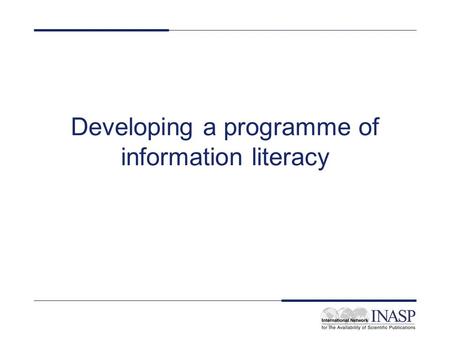 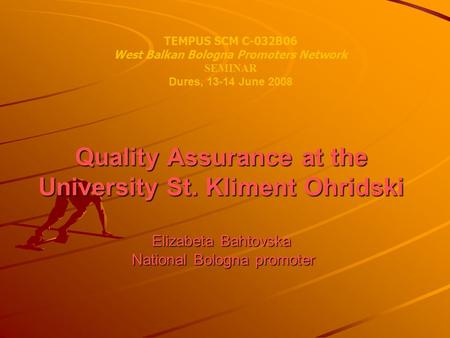 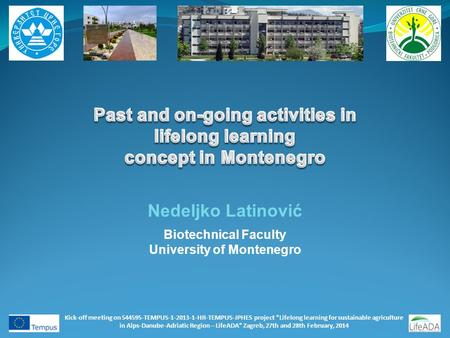