3 Definitions, continued
NP-hard At least as hard as any known NP problem (could be harder!) Set of interrelated problems that can be solved by reducing to another known problem NP-Complete A problem that is in NP and NP-hard Cook’s Theorem SATISFIABILITY (SAT) is NP-Complete Other NP-Complete problems Reduce to SAT or previous reduced problem

5 Correctness To prove unknown problem y is NP-Complete:
Prove y is in NP Prove y is at least as hard as some x in NP-Complete Transform x into y in polynomial time such that x is “yes” if and only if y is “yes” Requires two proofs, one for each direction: x yes  y yes, y yes  x yes (or x no  y no) Must also prove transformation is polynomial

6 Example: Independent Set
Decision Problem: is there a set of k vertices such that none are adjacent? Proof of NP-Completeness: Is this in NP? Easy to check in k^2 (Adj. Matrix) or km (Adj. List) Is this in NP-hard? Reduce known problem to unknown problem NOT the other way! We will use 3-SAT

9 3-SAT to ISET, continued The size of the transformation on the last slide is polynomial in the number of clauses (m) + number of literals (n) Adding opposing literals edges in the worst-case (full exploration of graph for each vertex) is still polynomial in m², so the time of the transformation is also polynomial Now we must prove 3SAT “yes”  ISET “yes” 3SAT  ISET Set target size for ISET = m Identify only one “true” literal in each clause of 3SAT, select that vertex in that “triangle” in ISET. Our set has no edges between nodes in the same triangle. Because this is a legal TA for 3SAT, we can’t select a complementary version of a previously selected literal, so no edges will connect nodes in different triangles.

11 3SAT  ISET So we have an ISET of size m, how does this give us a valid TA for 3SAT? At most one node comes from each triangle There are m triangles, so there must be one node in every triangle  m clauses covered Because of the opposing literals edges, no conflicting truth assignments can be in ISET Assign the literals in the ISET to true; other literals don’t matter

13 HAMPATH/HAMCYCLE, cont'd
G' V2' G V2 V Then create V1' and V2' adjacent only to V1 and V2, respectively. (The transformation is trivially polynomial.) V1 Split any vertex V into two identical vertices V1 and V2 (do not create E(V1,V2)). V1' Run HAMPATH on G' If G had a HAMCYCLE, G' has a path through all the vertices except V1' and V2' starting at V1 and ending at V2 that corresponds to the cycle. Add V1' to the start of the path, V2' to the end, and it's a HAMPATH. If G' has a HAMPATH, it must start/end at V1'/V2' since they have degree 1, so G has a HAMCYCLE starting from V

15 Hitting Set Complexity
Easy to show problem is in NP: would take at most nk time to verify a given solution H Is this NP-Complete? Think about other problems you know are NP-Complete: SAT (and cousins), Independent Set, HP/HC, Vertex Cover (worksheet), Maximum Clique (worksheet) Look for a similar problem: something that involves selecting one item to represent some collection of items Work in groups to find a reduction and argue that it is correct

16 Vertex Cover ≤p Hitting Set
Both involve "select some items such that all items are represent" Construct: Given a graph G, for each edge e = (u,v) create a set s = {u,v} and add s to the universe T. Now prove G has a vertex cover of size k  T has a hitting set of size k Select k vertices to represent m edges vs. select k elements to represent m sets

17 Vertex Cover  Hitting Set
Suppose C is a cover of G of size k By definition then, for every edge (u,v) in G, either u  C or v  C Then H can be set to C, and H must intersect every set in T. Vertex Cover  Hitting Set Suppose H is a hitting set of T of size k Since H intersects every set, it has at least one endpoint of every edge. Set C to be H.

20 Vertex Cover  Set Cover
Suppose C is a cover of G of size k To find S', select sets sw for every w  C. If there was an edge e=(u,v) in T not in S', then neither su nor sv was selected, so neither u nor v was in the Vertex Cover, a contradiction. Vertex Cover  Set Cover Suppose S' is a set cover of T of size k To find C, select vertex v for every sv  S' If there is an edge e=(u,v) in G not in C, then neither vertex u nor v was selected, so neither su nor sv was in S'. Since {uv} can only be found in su and sv this contradicts that S' is a cover.

21 License This lecture is released under the Creative Commons License, 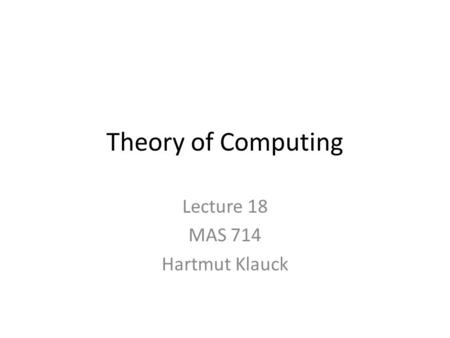 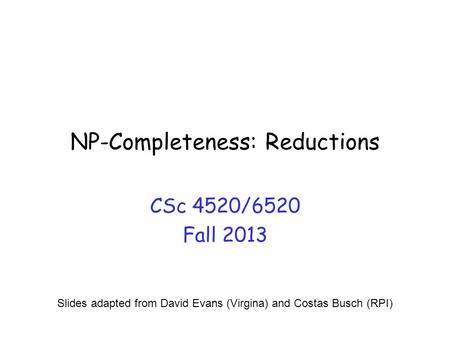 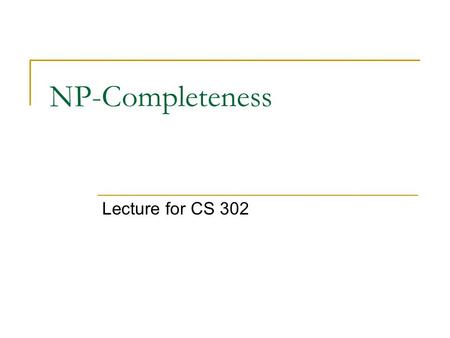 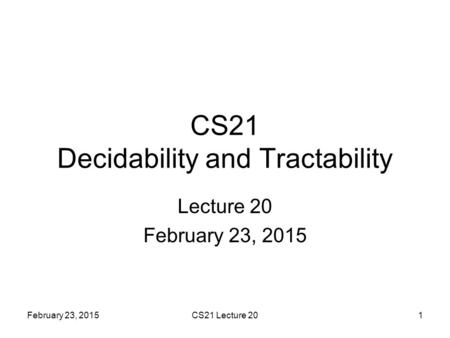 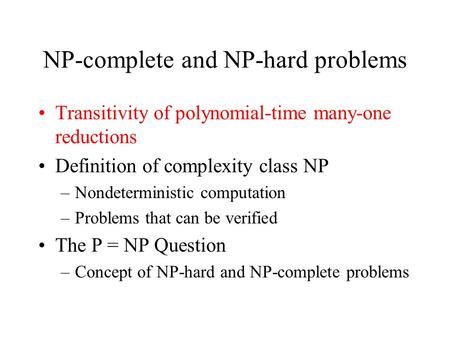 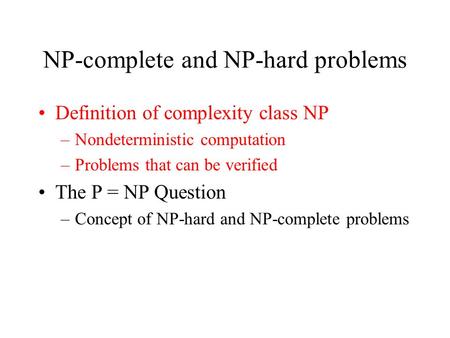 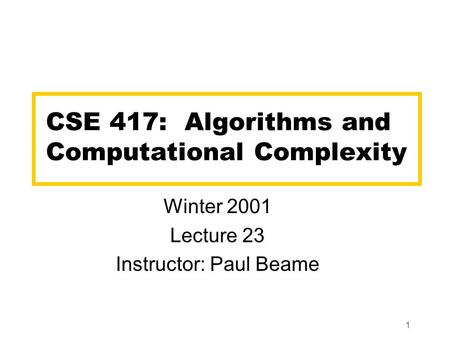 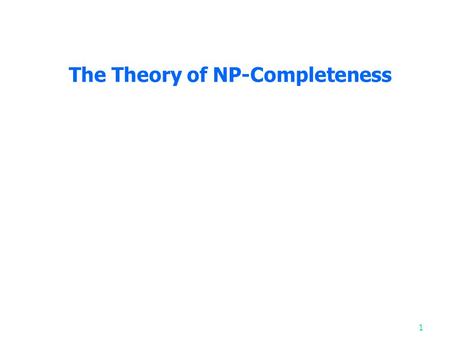 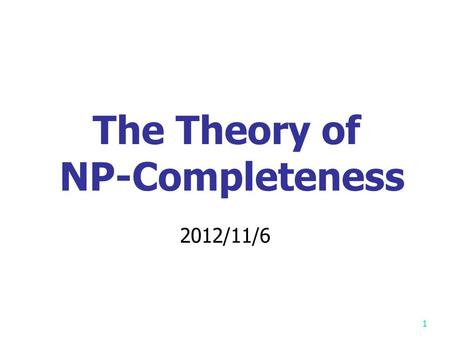 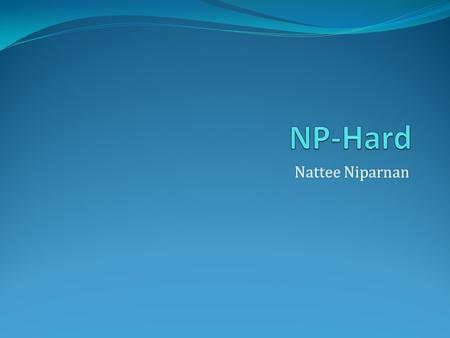