2 Identify a problem Phenomena that requires investigation Questions
Why? How? What? When? Where?

5 Conclusion Test results determine whether hypothesis was
true or not true If hypothesis is false, redesign and rerun experiment Hypothesis are often false Leads to discovery of the truth 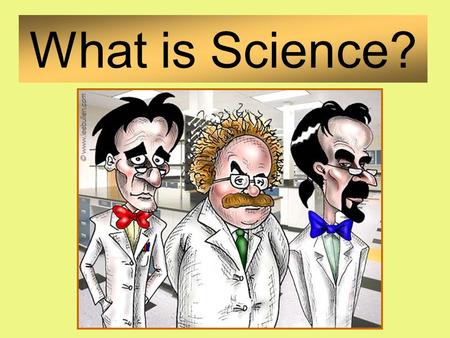 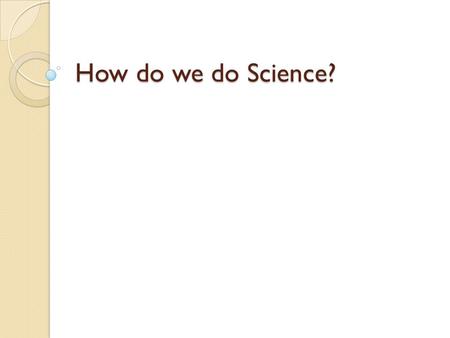 How do we do Science?. Reminder: What is Science? The goal of science is to investigate and understand the natural world, to explain events in the natural. 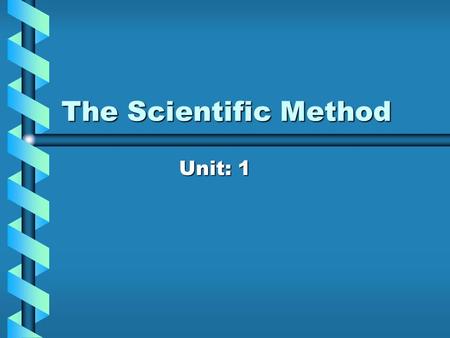 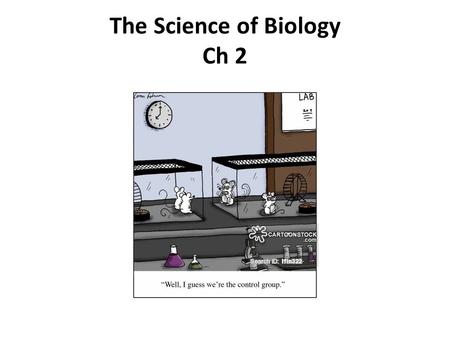 The Science of Biology Ch 2. I. Science is Based on Inquiry and Observations Science = A way to answer questions about the natural world Starts with asking. 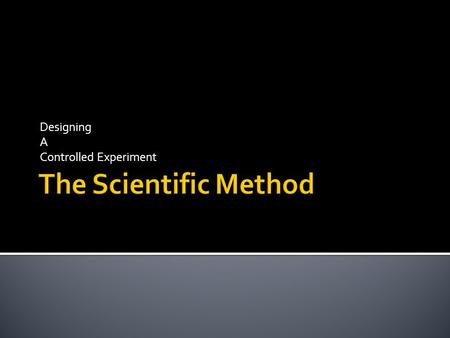 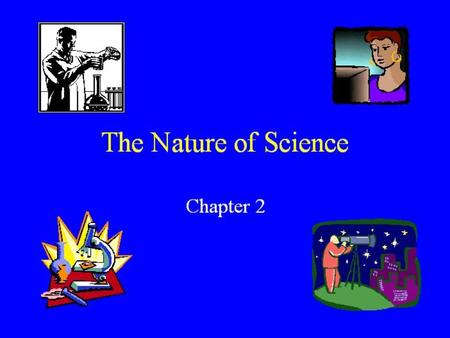 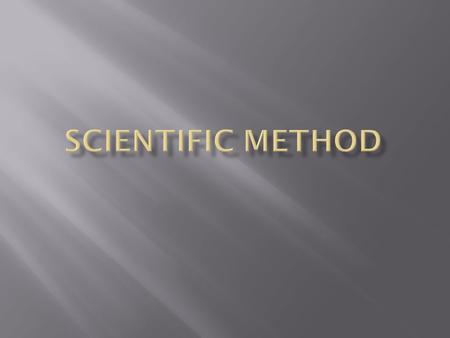 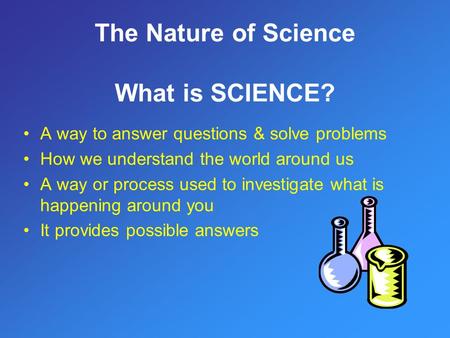 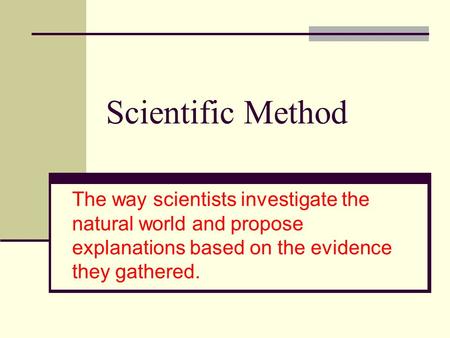 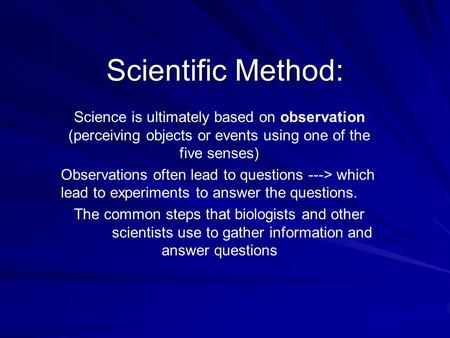 Scientific Method: Science is ultimately based on observation (perceiving objects or events using one of the five senses) Observations often lead to questions. 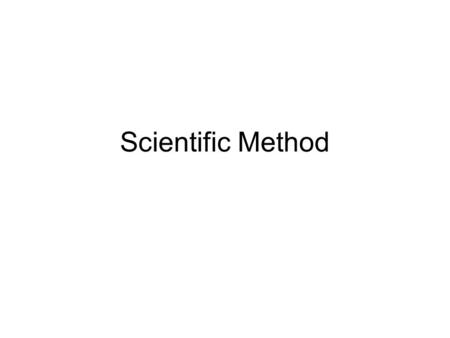