3 INTRODUCTION Wireless Technology is an alternative to Wired Technology , which is commonly used, for connecting devices in wireless mode. Wi-Fi (Wireless Fidelity) is a generic term that refers to the IEEE communications standard for Wireless Local Area Networks (WLANs). Wi-Fi Network connect computers to each other, to the internet and to the wired network.

4 The Wi-Fi Technology Wi-Fi Networks use Radio Technologies to transmit & receive data at high speed . The name comes from the IEEE committee that standardized it. IEEE b IEEE a IEEE g

9 DSSS Direct sequence signaling technique divides the 2.4 GHz band into MHz channels. Adjacent channels overlap one another partially, with three of the 11 being completely non-overlapping. Data is sent across one of these 22 MHz channels without hopping to other channels.

11 Elements of a WI-FI Network
Access Point (AP) - The AP is a wireless LAN transceiver or “base station” that can connect one or many wireless devices simultaneously to the Internet. Wi-Fi cards - They accept the wireless signal and relay information. They can be internal and external. (e.g PCMCIA Card for Laptop and PCI Card for Desktop PC) Safeguards - Firewalls and anti-virus software protect networks from uninvited users and keep information secure.

12 How a Wi-Fi Network Works
Basic concept is same as Walkie talkies. A Wi-Fi hotspot is created by installing an access point to an internet connection. An access point acts as a base station. When Wi-Fi enabled device encounters a hotspot the device can then connect to that network wirelessly. A single access point can support up to 30 users and can function within a range of 100 – 150 feet indoors and up to 300 feet outdoors. Many access points can be connected to each other via Ethernet cables to create a single large network.

15 Peer-to-peer TOPOLOGY
AP is not required. Client devices within a cell can communicate directly with each other. It is useful for setting up of a wireless network quickly and easily.

16 Point-to-multipoint bridge TOPOLOGY
This is used to connect a LAN in one building to a LANs in other buildings even if the buildings are miles apart.These conditions receive a clear line of sight between buildings. The line-of-sight range varies based on the type of wireless bridge and antenna used as well as the environmental conditions.

25 CONCLUSION For now Wi-Fi provides broad band internet access to specially outfitted PCs and Laptops. But in future may be hotspots be wireless. By Wi-Fi our time and money are saved. The technologies have help Wi-Fi “Hotspots are becoming more popular throught urban envirnment.” 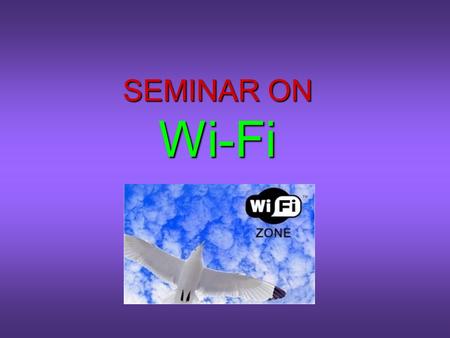 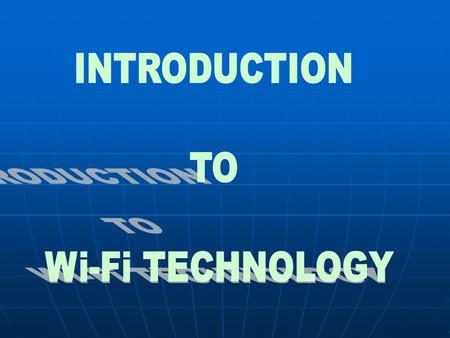 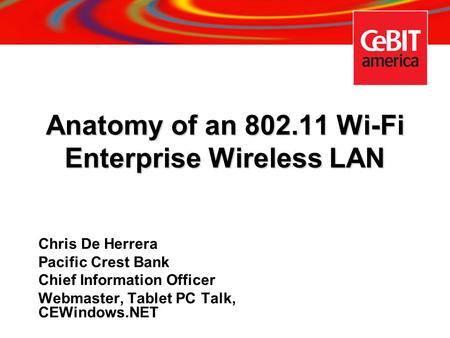 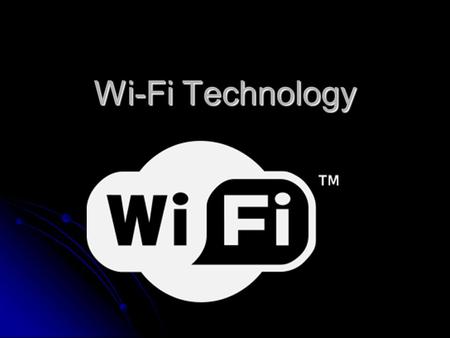 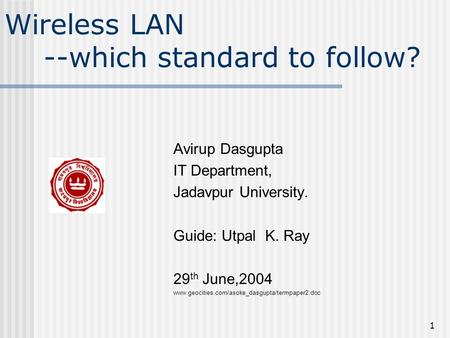 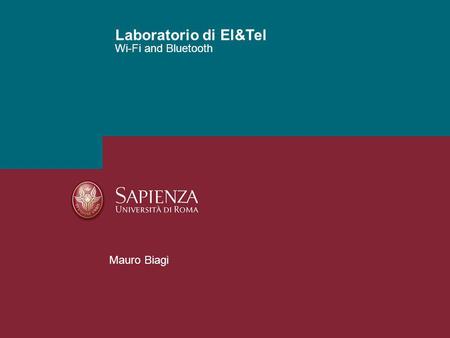 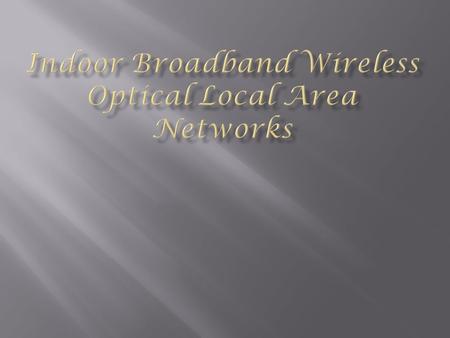 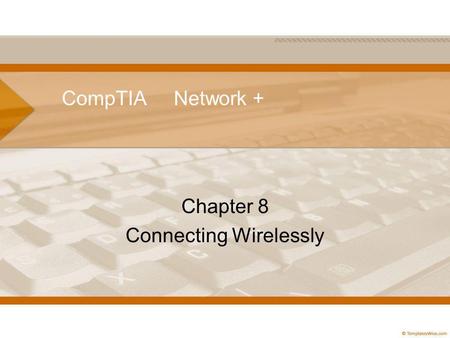 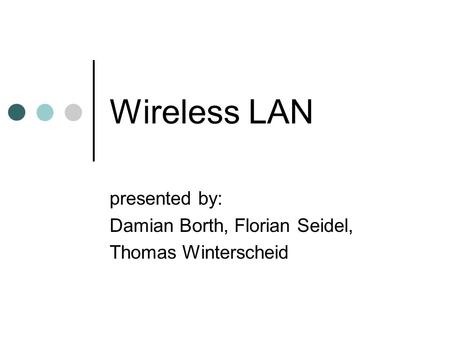 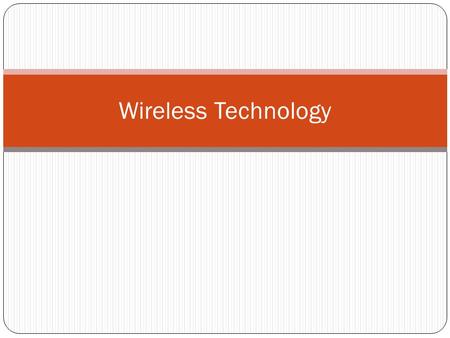 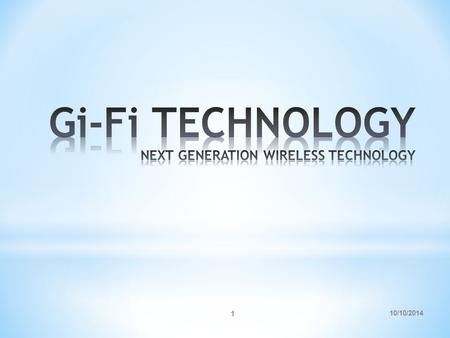 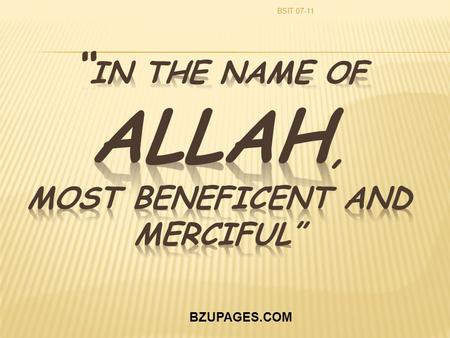 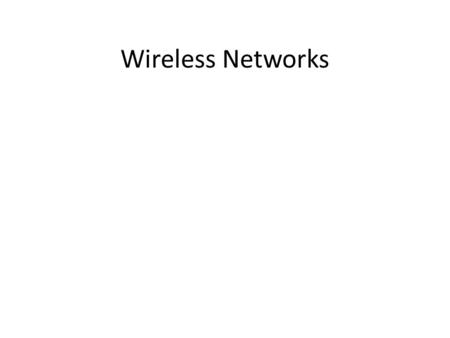 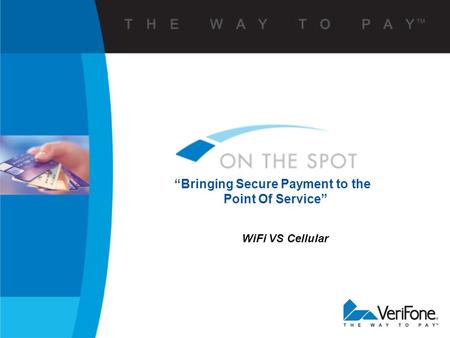 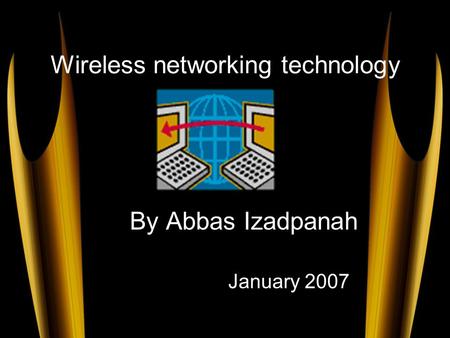 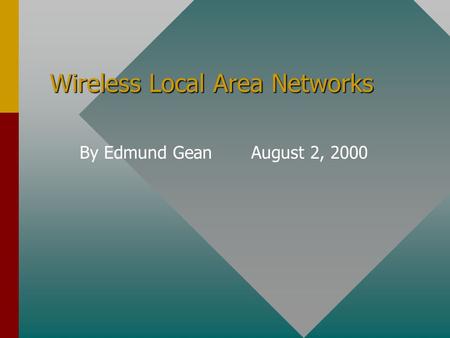 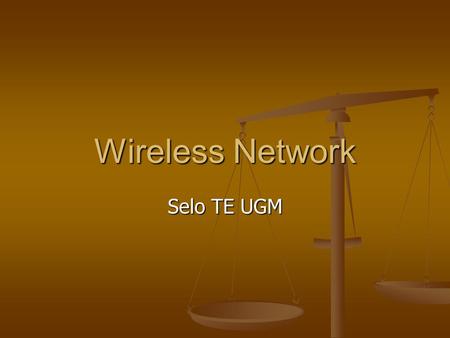 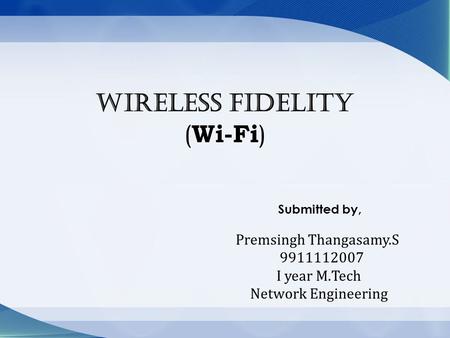 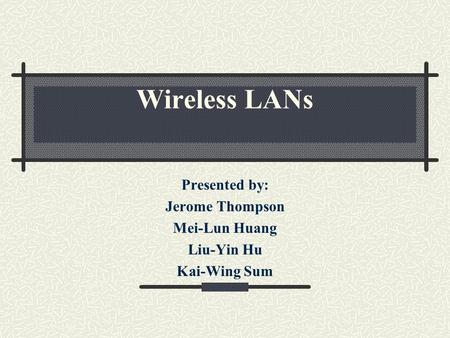 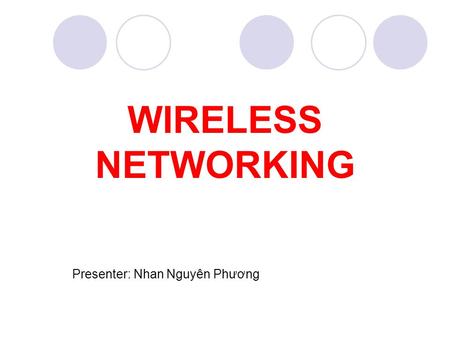