2 Origin of the Honey bees
Honey bees appear to have their center of origin in South and Southeast Asia, including the Philippines. No European honey bees existed in the New World during human times before 1682. Only one fossil species is documented from the New World, Apis nearctica, known from a single 14-million-year old specimen from Nevada

3 Native Americans called the European honey bees “A white mans flies.”
Honey bees did not naturally cross the Rocky Mountains; they were transported by the Mormon pioneers to Utah in the late 1840s, and by ship to California in the early 1850s.

4 A colony generally contains one queen bee, a fertile female; seasonally up to a few thousand drone bees (males); and a large population of sterile female worker bees.

6 Larvae are initially fed with royal jelly produced by worker bees, later switching to honey and pollen. The exception is a larva fed solely on royal jelly, which will develop into a queen bee. It takes 16 days from egg to a full adult size queen. A productive life of a queen could be 3 years or less.

7 A queen bee: a colored dot, in this case yellow, is added to assist the beekeeper in identifying the queen.

8 Female worker bees develop from egg to adult in 21 days.
Young worker bees clean the hive and feed the larvae. As workers age they begin building comb and receiving nectar and pollen from foragers, and guarding the hive.

9 Later a worker takes her first orientation flights and finally leaves the hive and typically spends the remainder of her life as a forager. Life of a worker bee could be as long as 6 months in winter or 45 days in summer. Worker bees cooperate to find food and use a pattern of "dancing“ known as the bee dance or waggle dance.

10 Drones take 24 days to develop and may be produced from summer through autumn. Drones have large eyes used to locate queens during mating flights. Drones do not have a stinger. Drones are expendable.

11 All honey bees live in colonies where the workers sting intruders as a form of defense, and alarmed bees release a pheromone that stimulates the attack response in other bees. The worker dies after the sting becomes lodged and is subsequently torn loose from the bee's abdomen.

12 In 1911, a bee culturist estimated a quart of honey represented bees flying over an estimated 48,000 miles to gather the nectar needed to produce the honey. Worker bees of a certain age will secrete beeswax from a series of glands on their abdomens. They use the wax to form the walls and caps of the comb. As with honey, beeswax is gathered by humans for various purposes.

14 Propolis or bee glue is created from resins, balsams, and tree saps.
Propolis is consumed by humans as a health supplement in various ways and also used in some cosmetics. Burts Bees

15 The largest managed pollination event in the world is California almond orchards.
New York's apple crop requires about 30,000 hives; Maine's blueberry crop uses about 50,000 hives each year. Loss of the honey bee would mean that 1/3 of our food source would be perish.

16 In some instances growers’ demand for beehives far exceeds the available supply. The number of managed beehives in the US has steadily declined from close to 6 million after WWII, to less than 2.5 million today. 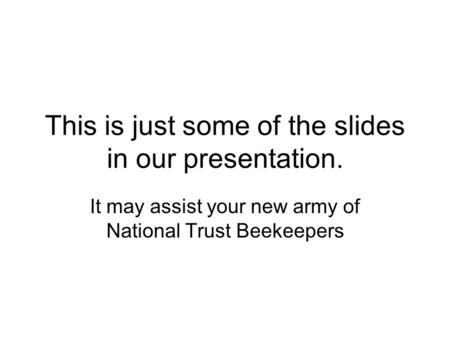 This is just some of the slides in our presentation. It may assist your new army of National Trust Beekeepers. 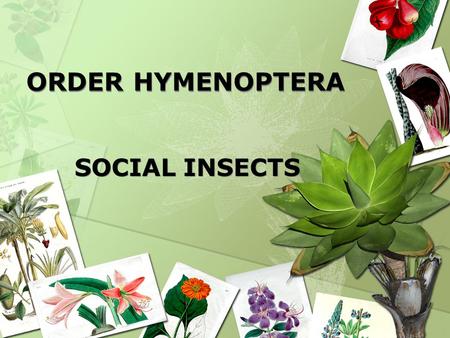 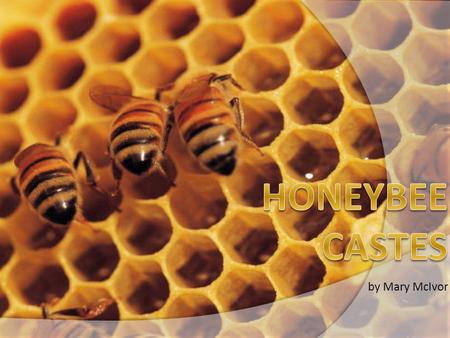 by Mary McIvor Only one per hive. Sole purpose is reproductive. No other member of the hive is fertile. Mother of all the bees in the hive. Mates with. 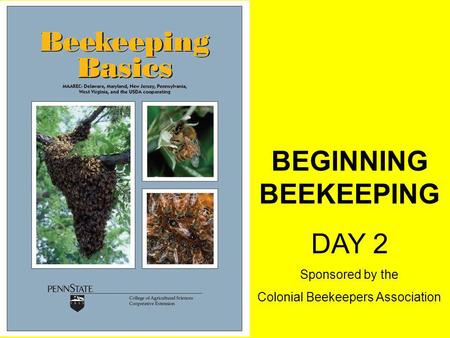 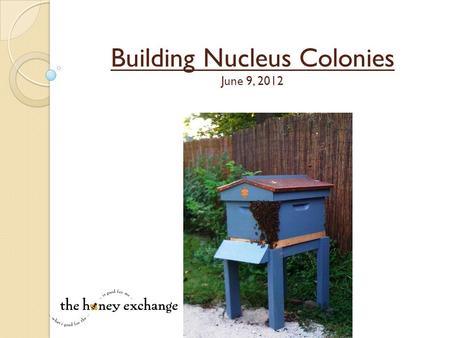 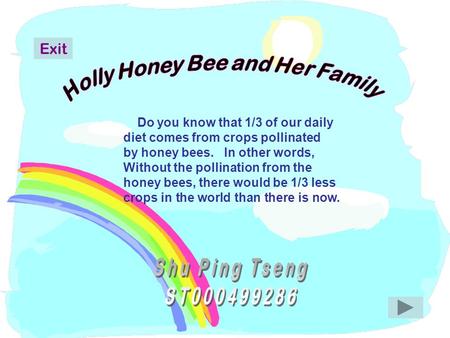 Do you know that 1/3 of our daily diet comes from crops pollinated by honey bees. In other words, Without the pollination from the honey bees, there would. 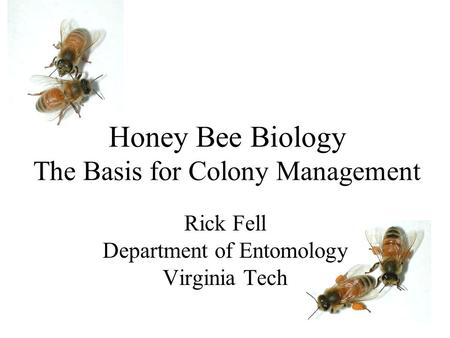 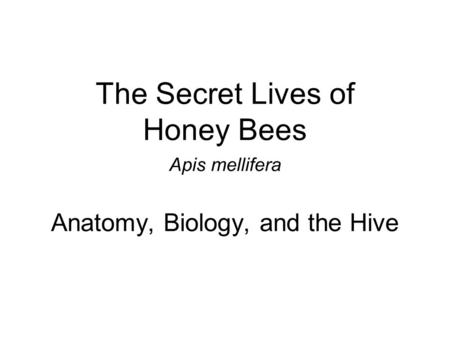 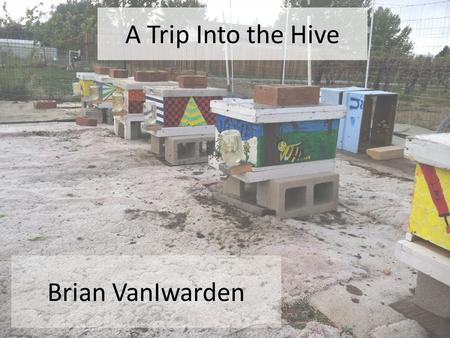 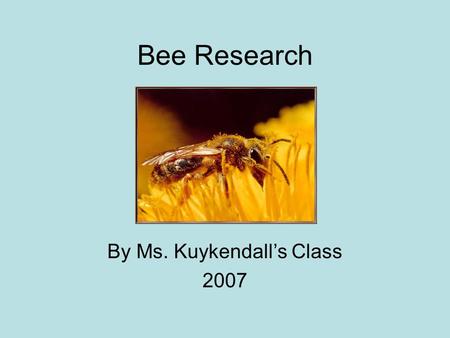 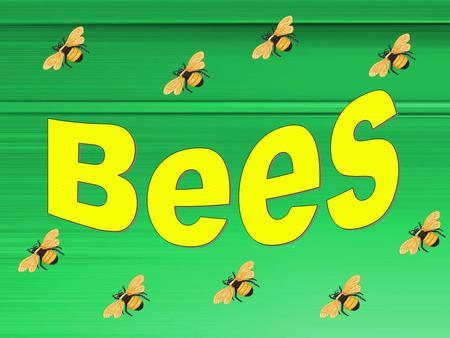 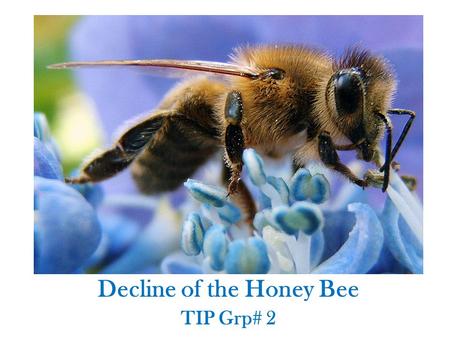 Decline of the Honey Bee TIP Grp# 2. Honey Bees (Apis mellifera) All fruits and vegetables require pollination to reproduce and the honey bee is one of. 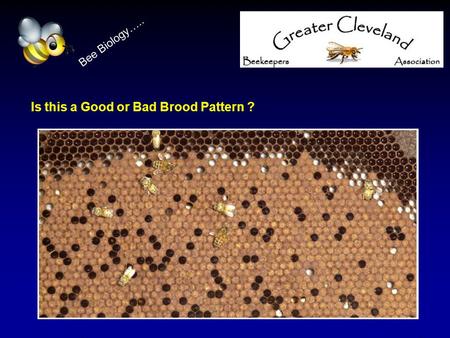 Is this a Good or Bad Brood Pattern ? Bee Biology….. 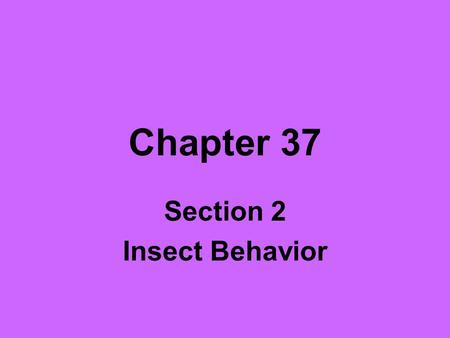 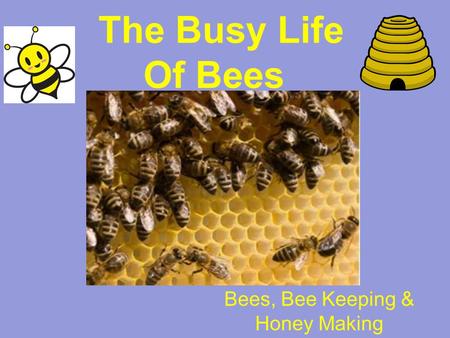 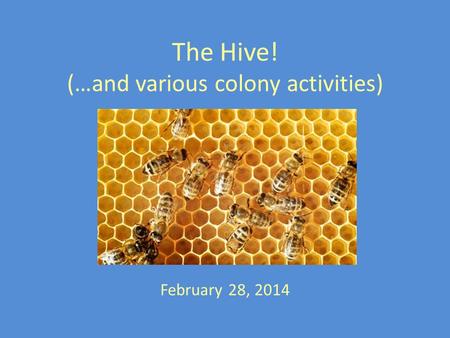 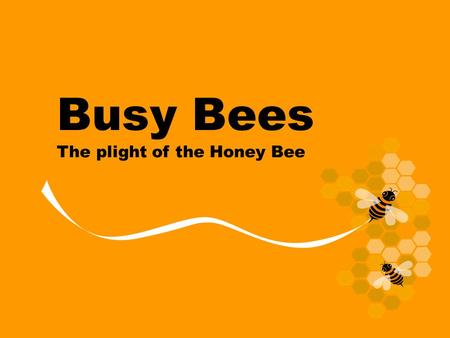 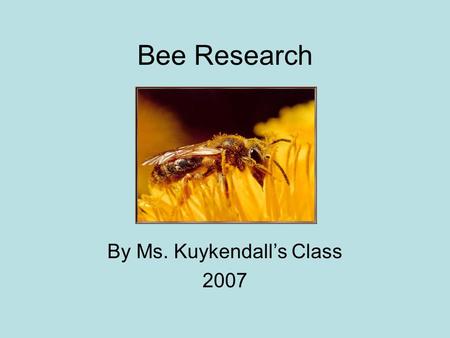 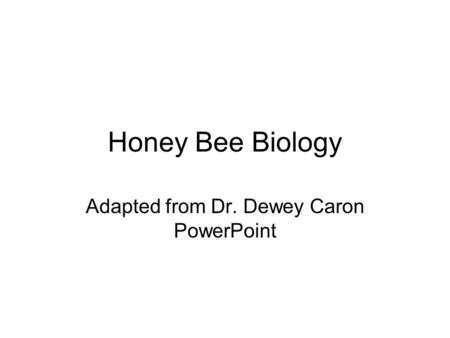 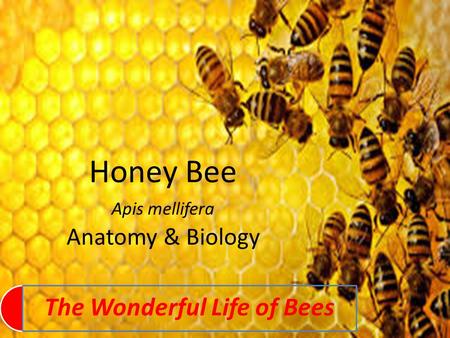