Kidney In PaTHoPHYSIOLOGY OF HYPERTENSION

Presentation on theme: "Kidney In PaTHoPHYSIOLOGY OF HYPERTENSION"— Presentation transcript:

5 Cardiac Output Stroke volume is affected by pre-load, after-load, and contractility The primary determinant of CO in normal individuals is volume status (sodium content) An increase in CO is rarely the cause of persistent hypertension

6 Systemic Vascular Resistance
SVR is affected by humoral and local factors: Humoral factors: Balance of vasoconstrictors and vasodilators Renin-Angiotensin System and norepinephrine are two of the more important factors. Local factors: Some arterioles are able to auto-regulate flow in their capillary beds, constricting at times of high BP and dilating at times of low BP. This is common in the brain and the kidney, and mediated by Endothelium Derived Relaxing Factor (EDRF )

16 Case History Mr. Brown is a 48 year old Caucasian man who works as a computer programmer. Recently he had physical examination at work and was told that his BP is elevated and advised to contact his physician. He has no problems or symptoms or complaints. He underwent a fully physical examination by his PCP. Systemic examination was normal but his BP was 145/92 (normal less than 140/90 in adults). His physician repeated his BP for three readings 2 minutes apart and they all were in that range. He tells his physician that no one in his family has hypertension. The patient is very active, goes to gym almost daily, and is normal weight for his height. He was advised to restrict his salt intake and return for follow-up in a week. His BP was now of 148/94. Rest of physical examination is normal. An extensive work done reveals no known cause of hypertension. His physician tells him he has Essential Hypertension and he will have to be on life-long therapy( life style modification and medications) for hypertension. He is started on an ACEI and two weeks later his BP is now 130/85. Mr. Brown feels well and continues to work and engage in his normal activities.

17 Primary or Essential Hypertension
No known etiology accounts for about 90-95% of hypertension. Occurs in cluster of families but it is not hereditary Polygenic, no single gene identify Monogenic hypertension is defined when a single gene is identified as the cause for hypertension

20 Kidneys in Pathogenesis of Essential Hypertension
No obvious renal defects identified in hypertensive patients so far but almost all experimental hypertension is caused by insult to kidneys altering either renal homodynamic or tubular reabsorption Renal pressure natriuresis mechanism is abnormal in all types of experimental and clinical hypertension Hall, Hypertension 1990,15:

29 Goldblatt Model- I of Unilateral Renal Artery Stenosis with two kidneys
A clip is applied to one renal artery in an animal with two functioning kidneys. That results renal artery stenosis on clipped artery. Results in hypo perfusion in clipped kidney, leads to increase secretion of renin–angiotensin. Increase BP results in pressure natriuresis in contralateral normal kidney, keeping near normal volume. Increase blood pressure maintained by increased TPR and some impaired pressure natriuresis.

36 Case 2 Ms. Smith is a 61 year old woman with history of hypertension, hypothyroidism and asthma presents to renal clinic for evaluation of HTN. She reports that she was diagnosed with HTN about 5 years ago. Her BP has been difficult to control with systolic BP in 160s. Her regimen included Amlodipine 10mg daily and Metoprolol 50 mg twice daily. She had an episode of syncope and as part of work up had imaging of her brain. She also had CT angiogram of renal arteries and a subsequent procedure.

44 Case 3 52 year old male was diagnosed with HTN for many years and was treated sporadically. His initial work up was normal with normal electrolytes except for low potassium of 3.3 mEq/L. His medications included Lisinopril and Amlodipine and Potassium chloride. His BP was better controlled with this regimen but low potassium persisted and Amiloride was added. He was lost to follow up. 3 years later, he had cardiac arrest in his office and was revived and his lab results showed serum potassium level of 2.5mEq/L. He had stopped taking Amiloride for an unspecified time.

47 Chronic Kidney Disease and Hypertension
As kidney function falls (↓ GFR), its ability to excrete sodium and water is impaired This leads to excess volume which causes and worsens hypertension

49 Kidney Failure With the loss of kidney function, virtually 100% of patients become hypertensive Chronic kidney disease is the most common form of secondary hypertension Hypertension can be controlled with diuretics and other hypotensive agents and in ESRD by hemodialysis and ultrafiltration.

62 Autoregulation of Renal Blood Flow & GFR
Ensures that renal blood flow and GFR remain relatively constant even while systemic arterial pressures fluctuate Depends primarily on two mechanisms: Myogenic Response Tubuloglomerular Feedback RBF or GFR Outside this range, the autoregulatory mechanisms fail and renal blood flow parallels changes in systemic arterial pressure. Could stress that the details of the myogenic response or tubuloglomerular feedback are not particularly important. Though it’s good to know that they exist, the main thing to understand is the concept of autoregulation. [? I would consider just quickly explaining the gist of myogenic response and tubuloglomerular feedback and deleting the subsequent slides. -myogenic response: property of the afferent arteriole and its smooth muscle cells that allows it, in the setting increased arteriolar pressure, to reflexively vasoconstrict and, in the setting of decreased pressure, to reflexively vasodilate -tubuloglomerular feedback: mechanism by which GFR is regulated by the amount of filtrate generated, i.e., the amount of filtrate within the glomeruli ‘feeds back’ on GFR. With increased GFR, more NaCl is filtered, and the macula densa in the distal tubule senses an increased chloride concentration and generates a signal to the adjacent afferent arteriole that stimulates afferent arteriolar constriction, which decreases GFR.]

69 Kidney Autoregulation: Therapeutic role
Autoregulation of kidneys modulate blood flow and pressure transmission to glomerular tufts and protects them against injury. In CKD or diabetes, autoregulation is impaired making kidney more prone to hypertensive injury. Some antihypertensive drugs may abolish autoregulation and may worsen renal injury.

70 Treatment of Hypertension: Renal Considerations
Lowering BP will minimize damage to kidneys and slow down progression of renal failure In presence of chronic kidney disease, sodium and water are retained and volume becomes an important factor Diuretics are necessary in most instances of hypertension with CKD Drugs which preserve renal autoregulation help preserve renal functions

77 Renal Corpuscle Bowman’s Capsule and Glomerulus
Point out the macula densa again. Although not labeled, it is the specialized cells of the distal tubule (in BLUE) located next the specialized smooth muscle cells of the afferent arteriole (in GREEN) which comprise the juxtaglomerular apparatus. [The third component of the JGA are some extra-glomerular mesangial cells, whose function is less important.] 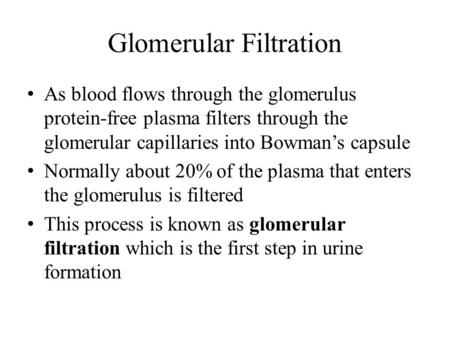 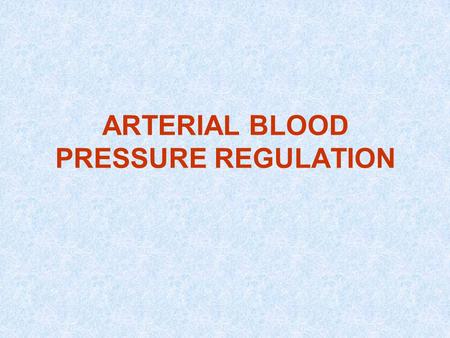 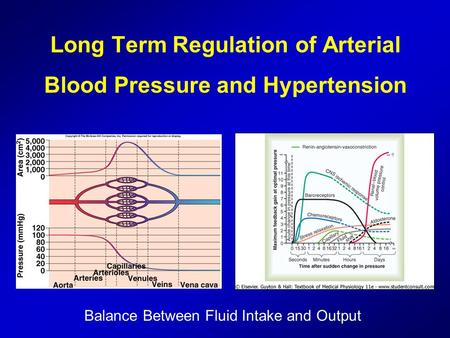 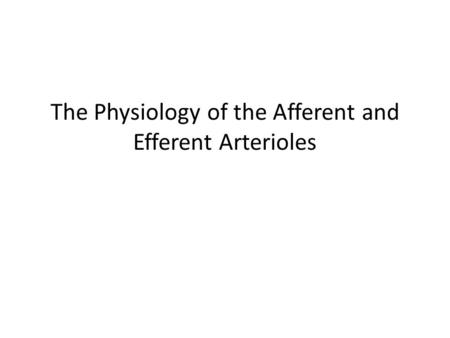 The Physiology of the Afferent and Efferent Arterioles 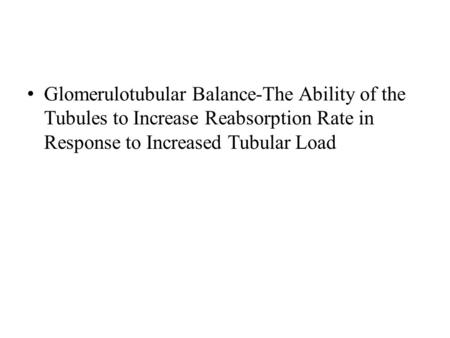 Glomerulotubular Balance-The Ability of the Tubules to Increase Reabsorption Rate in Response to Increased Tubular Load. 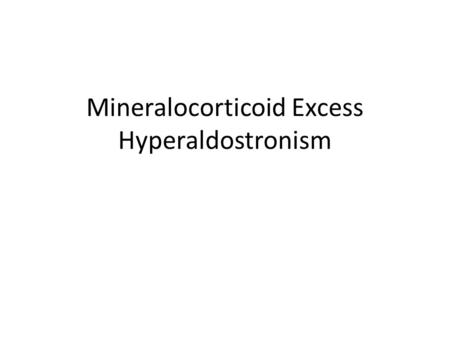 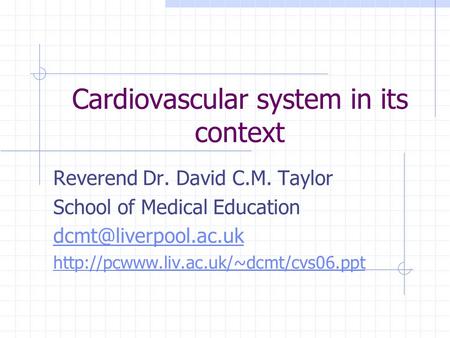 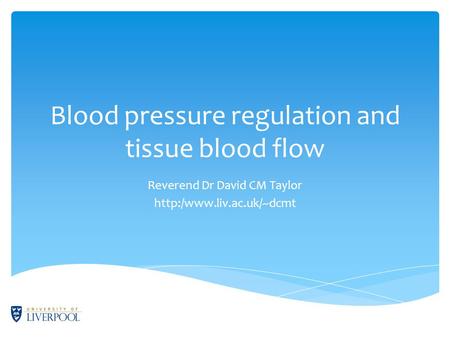 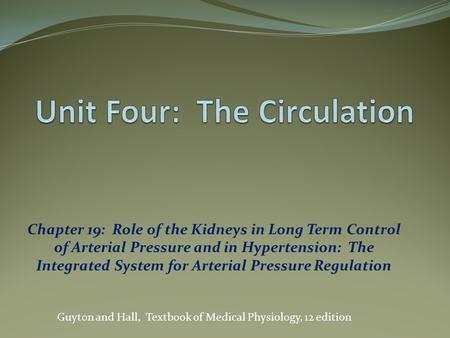 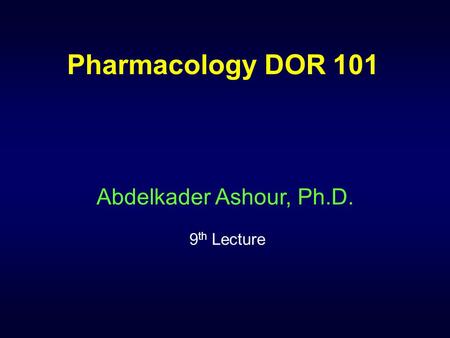 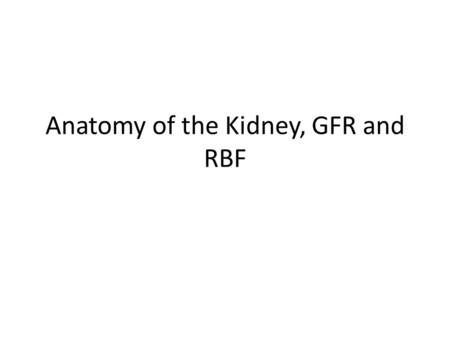 Anatomy of the Kidney, GFR and RBF. Learning Objectives Know the basic anatomy of the kidney and nephron. Know how urine is transported to the bladder. 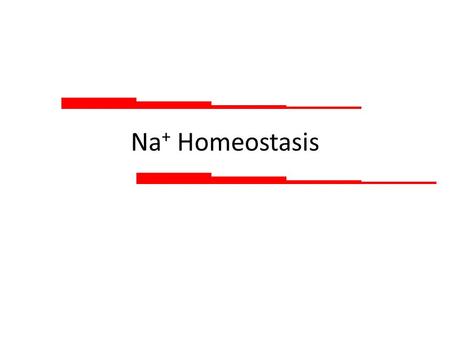 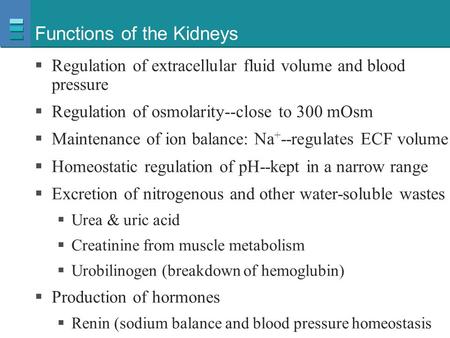 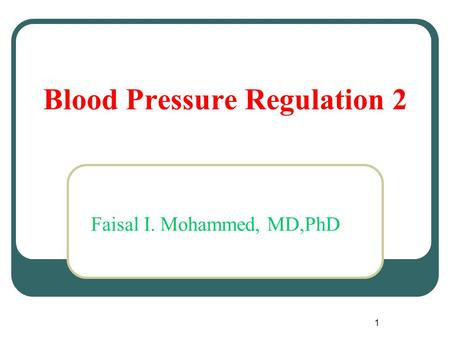 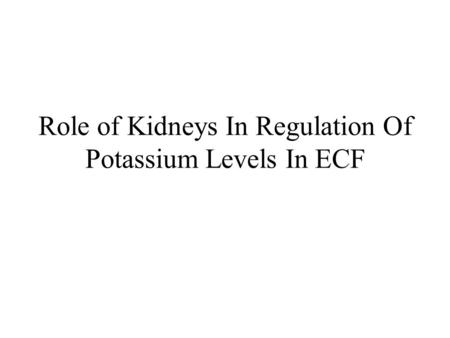 Role of Kidneys In Regulation Of Potassium Levels In ECF 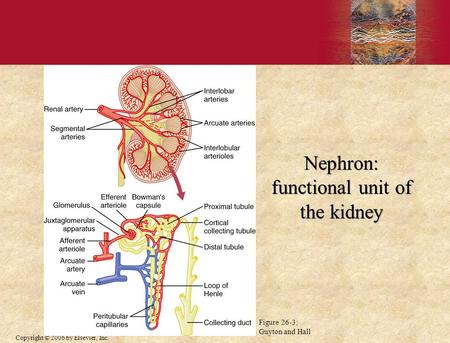 Nephron: functional unit of the kidney 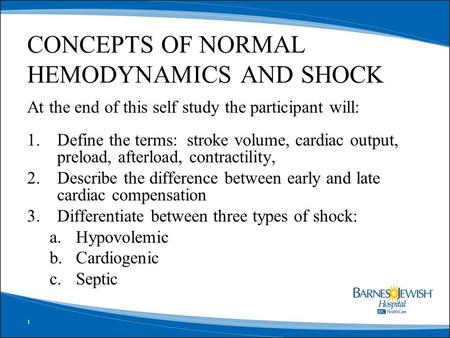 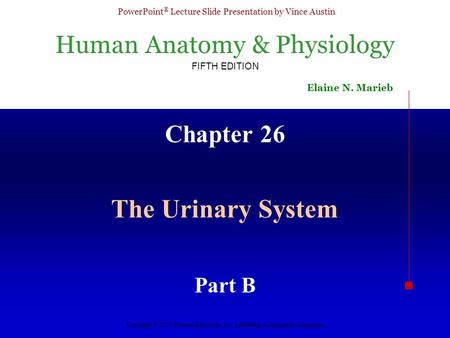 Chapter 26 The Urinary System Part B. 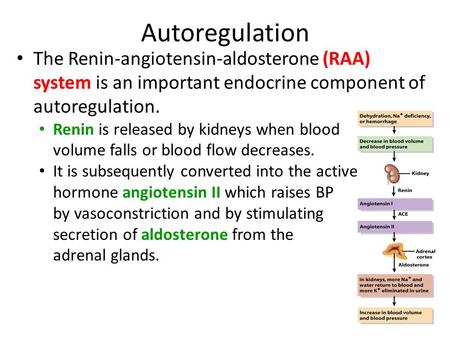 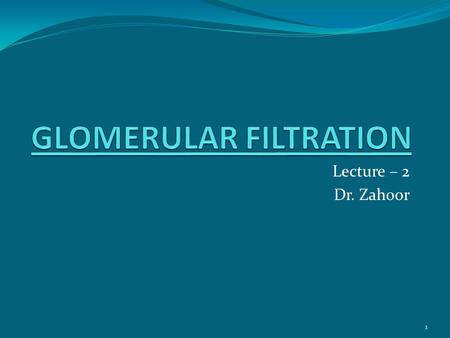