2 STARCH Cereals contain 70%,pulses 60% and potatoes 22% Starch contains long chains of glucose units in the form of amylase and amyloprotein Cereal starches are used as thickening and gelling agents Gelatinization and Viscosity Starch does not dissolve in cold water, but swells on heating. The temperature at Which the starch molecules swell is called gelatinization temperature. The process of swelling of starch grains and formation of viscous paste is called Gelatinization. Retrogradation This occurs when the starch gel stales or it is frozen. It develops an undesirable texture as crystals are formed. Dextrinization When starch is heated without any water, the temperature rises rapidly beyond 100degree C. This results in degradation of flour and short starch molecules are formed called dextrin. The process is called Dextrinization. Brown flour is used For making gravies and sauces

3 Types of food starches Unmodified food starches are those found in roots,tobers like potato,corn flour,rice flour,sago etc and can be used as it is. Modified food starches : The are modified by physical and chemical means to develop unique characteristics to meet specific needs of the food industry.Eg. 1.Pregelatinized starch. They are first cooked till they are gelatinized and then dried. 2.Thin boiling starch. This is treated with dilute HCL to make them thin when boiled. 3.Oxidized starches. They are thin boiling starches treated with alkali. 4.Cross linked starches are formed when hydroxyle groups are substituted with alkali groups. 5.Starch phosphates

4 Sugar Main sugar used in cooking is sucrose or common sugar. It is extracted from sugar beet or sugar cane.Jaggery is the unrefined form of sugar. Brown sugar is partially refined sugar. Molasses is the byproduct of sugar used for making rum and industrial alcohol. Types of Sugar 1.Invert Sugar is made by boiling sugar in acid. It does not recrystallize 2.Crystallization. When concentrated sugar solution is cooled gradually crystals are formed which impart unpleasent texture to the foods.It can be avoided by beating,inversion and caramalization 3.Caramalization. Caramel is formed when sugar is heated at very high temperature with minimum amount of water. 4.Honey depends upon the flowers from which nectar is collected. 5.Artificial sweeteners are nonnutritive sweeteners and do not provide or provide very less calories. 6.Soluble fibres are extracted from plants. They are gums, pectin, agar and aligin. 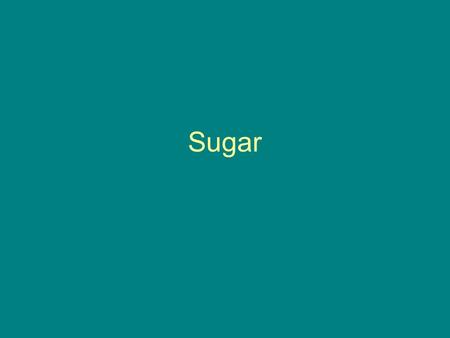 Sugar. Learning Objectives Know the different types of sugar Understand why the amount of sugar in a cake recipe alters the results Be able to recite. 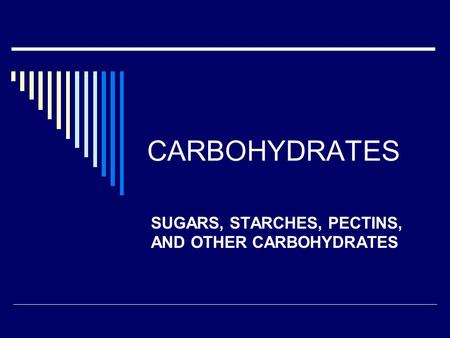 SUGARS, STARCHES, PECTINS, AND OTHER CARBOHYDRATES 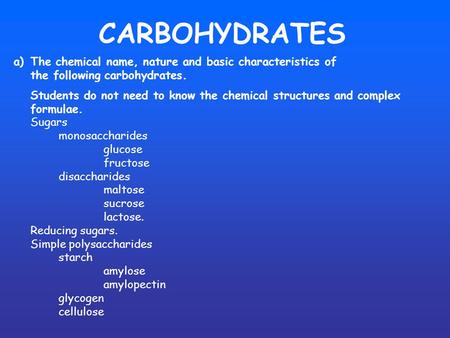 CARBOHYDRATES a)The chemical name, nature and basic characteristics of the following carbohydrates. Students do not need to know the chemical structures. 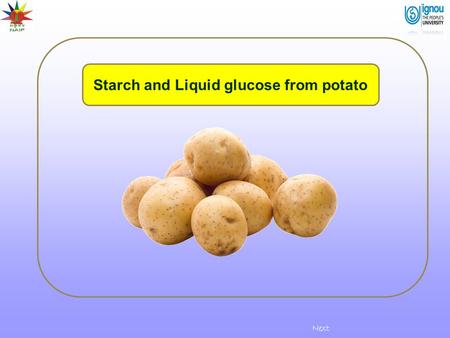 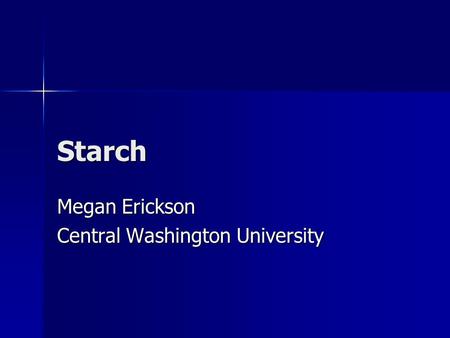 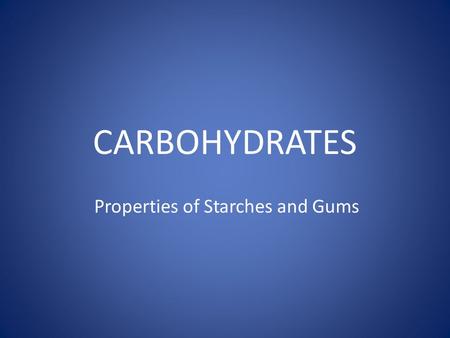 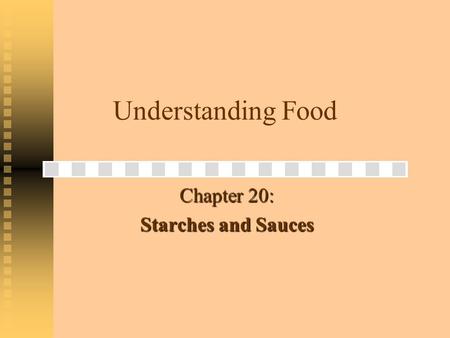 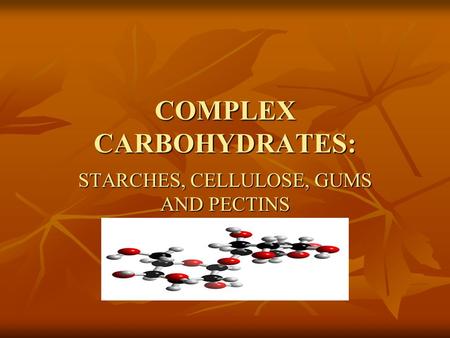 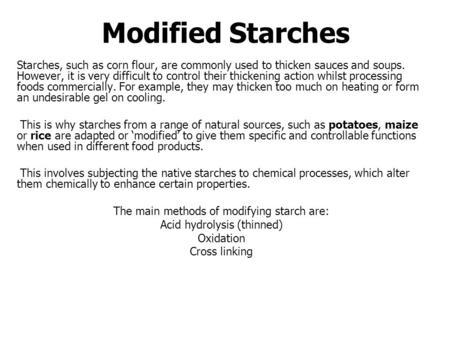 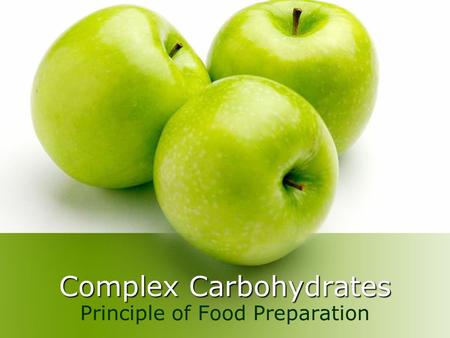 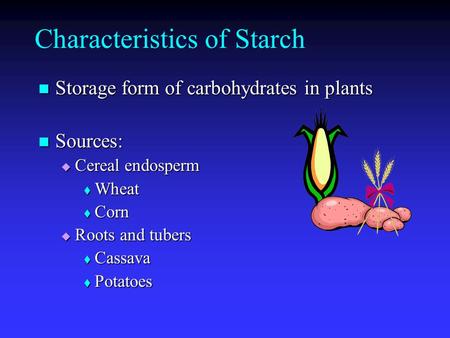 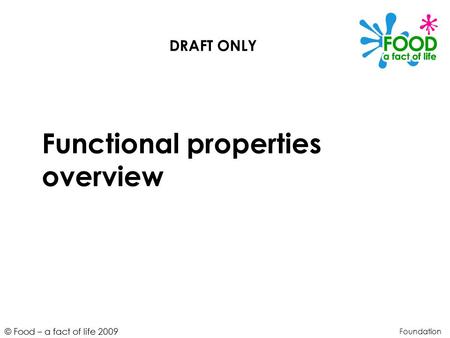 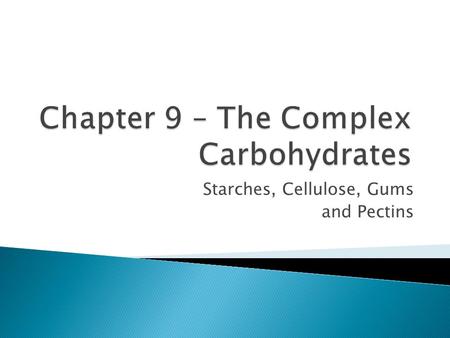 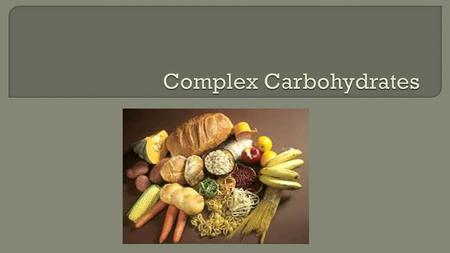 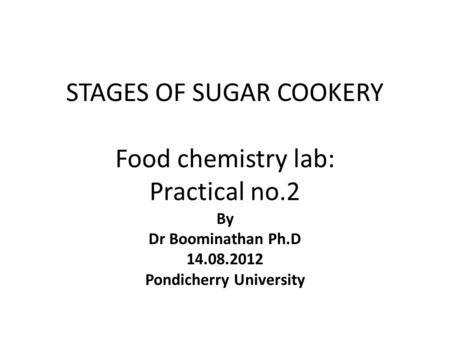 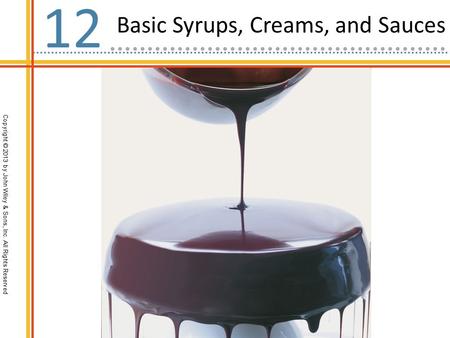 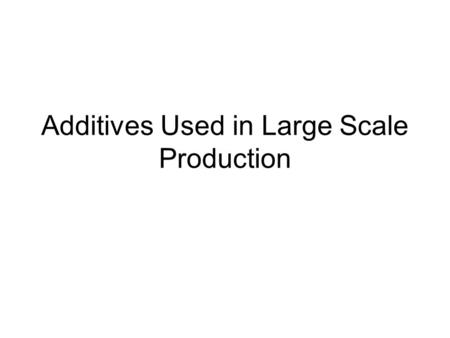 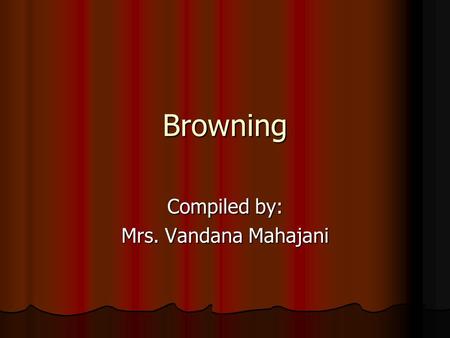 Browning Compiled by: Mrs. Vandana Mahajani. What is browning? Browning is a common colour change seen in food during prepreperation, processing or storage. 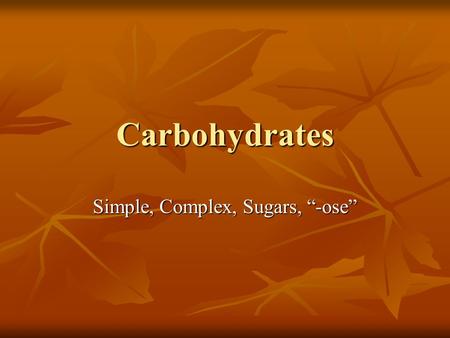