3 All angiosperms that develop unisexual flowers are derived from hermaphroditic ancestors, and achieve unisexuality in two different ways. First, plants may develop unisexual flowers by first initiating a flower with both stamen and carpel primordia, and, at some point past initiation, arresting the further development of one set of organs or aborting them entirely (e.g.., maize, cucumber, white campion). Alternatively, plants may suppress the initiation of organ primordia entirely and directly develop into either pistillate or staminate flowers (e.g.., spinach, meadow rue). Depending on which pathway the Figure 2. Gender determination genes predicted by developmental strategy. Red arrows indicate point of developmental regulation. Green arrows indicate normal expression. species follows to produce the unisexual flowers, the identity of the masculinizing and feminizing genes or pathways will differ (Figure 2). Introduction

4 We are studying the spatial expression and functional roles of floral organ identity genes and their immediate upstream regulators in cultivated spinach, Spinacia oleracea. We have demonstrated that gender differentiation occurs at or upstream of floral organ identity genes. From these results, we have generated a model for the genetic regulation of unisexual floral development in this species. Introduction

6 Spinach B Class Genes (SpPI and SpAP3) Are Expressed in Male Floral Primordia Before Organ Initiation and Become Concentrated in Stamen Primordia Over Time. B Class Genes Are Not Expressed in Female Flowers (Pfent et al., 2005) B CD A Figure 4. In situ hybridization of spinach B class genes SpAP3 and SpPI in male and female flowers. A. Male stage one flower with SpAP3 expression throughout floral primordium. B. Male stage 3 flower with strong SPAP3 expression in developing stamens. C. Female stage one flower stained for SpAP3 expression with no detectable signal. D. Female stage 4 flower stained for SpPI expression with no detectable signal.

7 Spinach C Class Gene (SpAG) Is Expressed in Both Male and Female Floral Primordia Before Organ Initiation and Become Spatially Restricted in a Gender-Specific Pattern (Sather et al. 2005) A B CD Figure 5. In situ hybridization of spinach C class genes SpAG in male and female flowers. A. Male stage one flower with SpAG expression throughout floral primordium. B. Developing stamen with strong SpAG expression in microsporangial tissue. C. Female stage one flower stained for SpAG expression with strong expression throughout the primordium. D. Late stage female flower with distinct staining in the ovule.

9 Spinach WUSCHEL is Expressed Below Third and Fourth Whorl Initials in Early Flowers and Within Organs and Whorls in Later Flowers AB Figure 7. In situ hybridization of spinach WUSCHEL (SpWUS) in male and female flowers. A. Male stage five flower with distinct expression in stamen filaments and within the (missing) fourth whorl. B. Female stage five flower with strong expression in ovule.

10 Spinach WUS Is Alternatively Spliced in Male Flowers Resulting in Full-Length and Truncated Transcripts Figure 8. Alternative splicing of WUS transcripts in male flowers. The end of the second intron/beginning of third intron has an alternative splice site which is activated in males. The resulting product encodes for a truncated protein that loses its activation site but retains its DNA binding domain.

11 From these observations, we hypothesize a model for the regulation of sexual dimorphism in spinach (Fig. 9). Early or high levels of LFY expression, along with WUS and with a possibility of gender specific UFO expression, activates B and C class genes in males, The B class genes indirectly or directly regulate the alternative splicing of WUS after initiation of third whorl organs resulting in the translation of a truncated WUS protein that binds to AG enhancers but does not activate transcription. The truncated WUS protein also does not maintain meristemic growth and the male flower terminates without a fourth whorl. In contrast, insufficient LFY expression and/or UFO expression results in no B class expression in females. The females, MODEL FOR UNISEXUAL FLOWERS Figure 9. A model for unisexual development in spinach involving regulation of B and C class genes by LFY, WUS, and UFO. without B class expression, produce a full-length WUS that activates AG that then, in turn, represses WUS, resulting in a terminal fourth whorl. 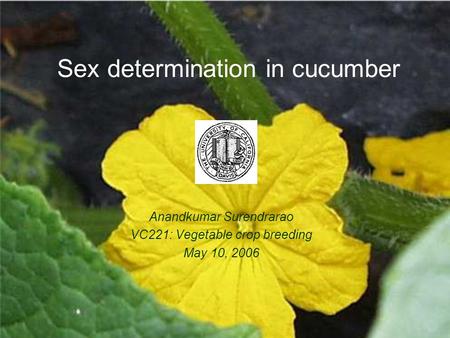 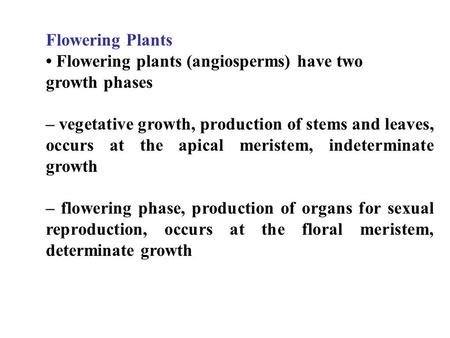 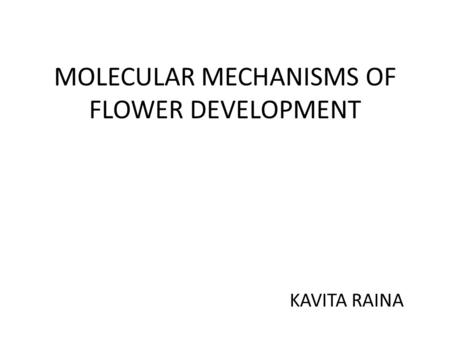 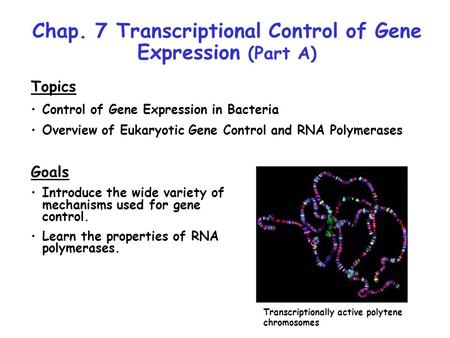 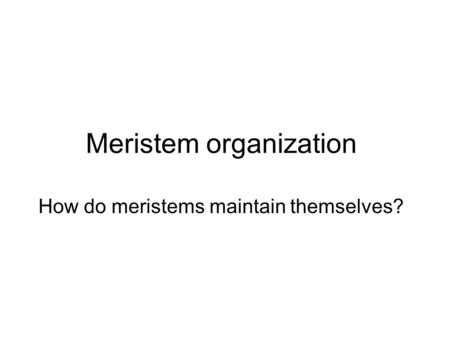 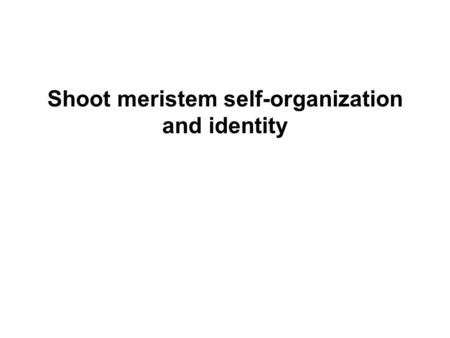 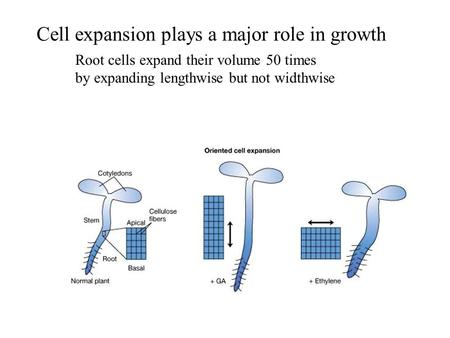 Cell expansion plays a major role in growth Root cells expand their volume 50 times by expanding lengthwise but not widthwise. 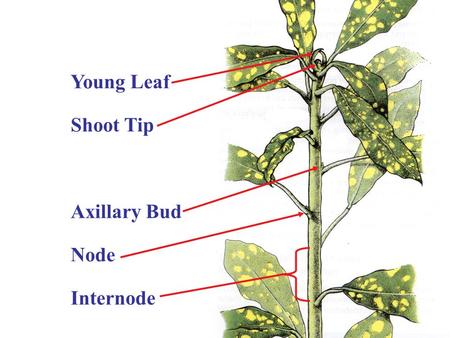 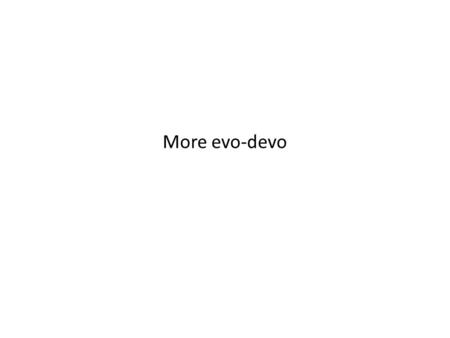 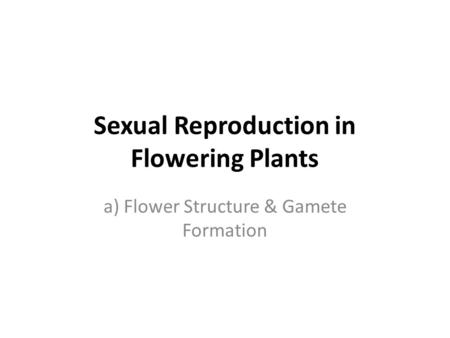 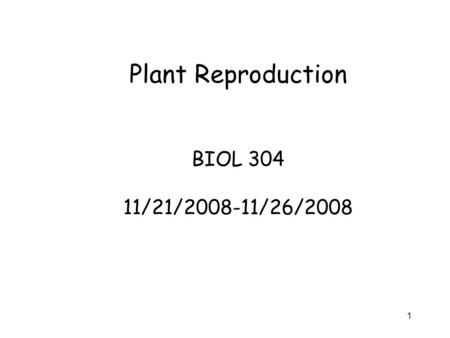 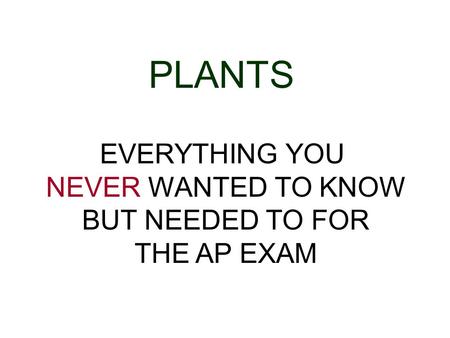 PLANTS EVERYTHING YOU NEVER WANTED TO KNOW BUT NEEDED TO FOR THE AP EXAM. 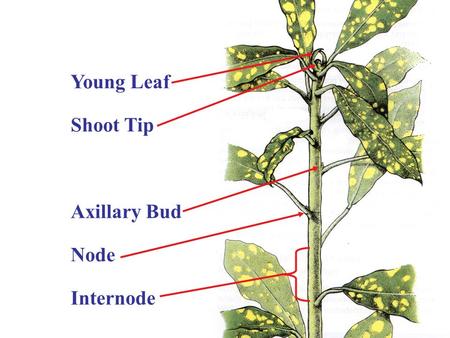 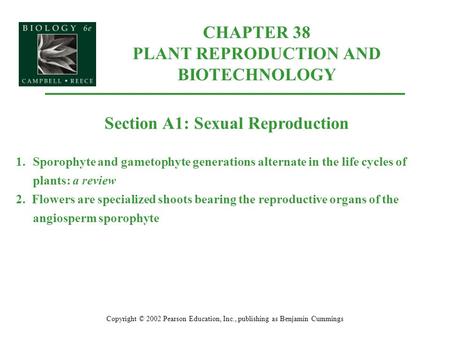 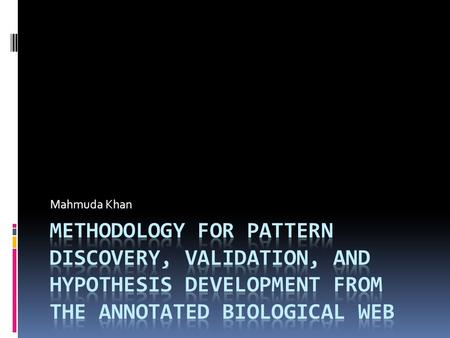 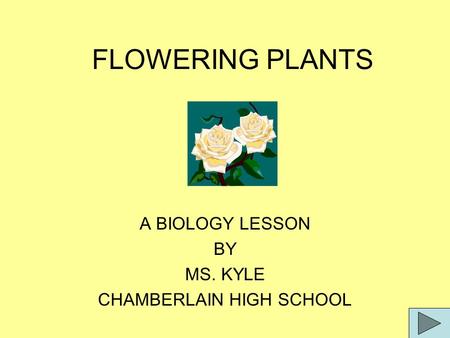 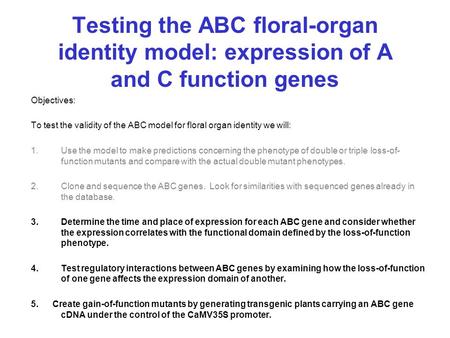 Testing the ABC floral-organ identity model: expression of A and C function genes Objectives: To test the validity of the ABC model for floral organ identity. 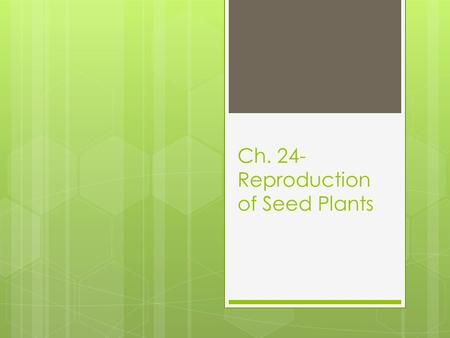 Ch. 24- Reproduction of Seed Plants.  I. Reproduction With Cones and Flowers  A. Alternation of Generations  - All plants have a life cycle in which. 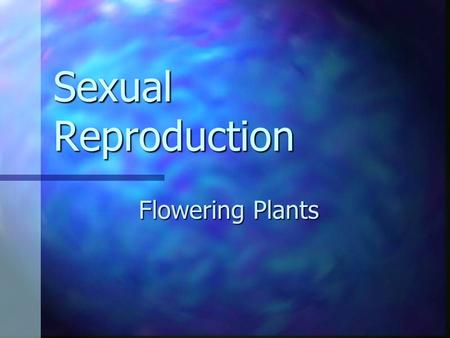